Making the Jump From Franchisee to Franchisor

By Jason Daley
June 8, 2014
This story appears in the June 2014 issue of Entrepreneur. Subscribe »

Sure, all franchisees faced with a corporate mandate to upgrade their software or sell $1 burgers have grumbled to themselves, "I could run this business better than those guys." Once the mood passes, though, they remember the reason they went into franchising in the first place: They don't want to handle all the negotiations, marketing and other business trappings themselves. But for some intrepid owners, becoming a franchisee is just a first step. Inspired by what they learn and the opportunities they see--or, in some cases, frustrated by these things--they decide to step into the ring and start their own franchise systems.

In some ways it's a contradiction: Most franchisees sign on to insulate themselves from the hassles and decisions franchisors face. But franchise lawyer Carl Khalil believes franchisees are some of the best candidates for going on to run a franchise system. In fact, dozens of franchises, including Dairy Queen and Così, have tapped top franchisees for the CEO position. "It's my opinion that the potential is there for franchisees to be good franchisors," Khalil says. "They have that frontline experience."

As soon as he graduated from college, Cory Wiedel began opening GNC nutritional supplement franchises in and around Omaha, Neb. Within five years, he and his wife managed 15 locations. But over time, Wiedel noticed some discontent among his fellow franchisees. "We would get a new product at GNC; then, as soon as it became popular, it would go to Wal-Mart and other big-box stores," he recalls.

So Wiedel worked with a manufacturing company to develop his own nutrition supplements and sold them through a wholesale business as an exclusive GNC line. In late 2003 his experience as a franchisee and manufacturer convinced him he could do better. He sold his franchises and the following year started his own store, Complete Nutrition, which he began franchising in 2007. Now the company has 180 locations and is slated to open 25 more in each of the next three years. 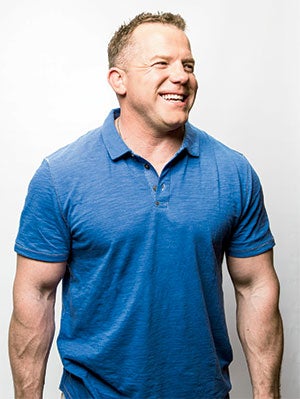 "I just felt I was too entrepreneurial to be in a franchise," Wiedel says. "If I saw a different or better way, I wanted the freedom to do that. I didn't feel like that was being fulfilled being a franchisee."

But being a multi-unit franchisee did give Wiedel some hard-won insights into how to run his new business. For instance, based on his experience, he made Complete Nutrition a nearly 100 percent franchised system (there are just four corporate stores). "I always felt a conflict within GNC, since only about a quarter of their stores are franchisee-owned," he says. "Something I learned being a franchisee is that it's better to be all franchise or all corporate. I also felt that the better stores had a strong owner/operator mentality. Having owners in the store and working to make them successful was important to me."

Additionally, Wiedel's experience with GNC corporate, whose executives he admired, impressed upon him the need to hire the right people with the right experience. So he recruited his top execs from successful franchise systems and sold them minority shares in his business to give them extra motivation.

But the most important thing he gleaned from his years as a franchisee was his core concept. He believed GNC was too overwhelming for customers, and that clerks didn't have the right expertise. For his own company, he narrowed the product line and focused on hiring a well-educated sales staff.

"At Complete Nutrition, we're more about a 360-degree consultative approach. We listen to customers' goals, and then we not only help them find products, we align their lifestyle, exercise and meal plans to help them reach those goals," Wiedel explains. "Supplements are just one part of health. Finding employees and franchisees that are passionate about the industry is really important."

Michael Debenham agrees that having passionate people engaged in the business is key to franchise success. In fact, he built his company, American Title Loans, around that concept. Debenham, who is based in Salt Lake City, started out in 2003 as a franchisee for Liberty Tax Service, eventually opening seven stores and buying the master franchise rights for Alaska and Hawaii. In 2006 a friend approached him about starting an independent title-loan store, which he did, opening three locations while maintaining his Liberty Tax businesses.

"By 2011, Liberty Tax had gone from approximately 650 to 3,800 stores, and that year I had the No. 1 revenue-producing store in their system," he says. "But all three of my title-loan stores were making more profit. Friends and family said they wanted to open franchises, so at the end of 2013 we got approved to operate in 21 states."

Now Debenham is franchising American Title Loans and has sold to eight franchisees. What differentiates the company from its competitors is just that: franchisees. "People ask me why I'm the first to franchise in this industry. It's because we will have owners competing against managers," he explains. "Managers come in and turn on the open sign, and that's it. They hope someone walks in. An owner with the tools our franchise gives them will beat them every time."

Debenham admits that he got most of those tools by observing Liberty Tax, where he remains a franchisee. He worked at the Liberty corporate office and says he integrated training, documentation and development practices from his time there, not to mention what he learned being mentored by Liberty founder John Hewitt. All that experience gave him the confidence to set out on his own.

Bryan McGinness always dreamed of opening a wine shop. In 2005 he bought a WineStyles franchise in West Des Moines, Iowa, with his wife, Andrea. Two years later they bought the area-developer rights. But the WineStyles system wasn't thriving. From a peak of about 160 locations in 2008, the recession wiped out all but 42. By 2012, the owner was ready to throw in the towel and approached the McGinness couple about buying the assets of WineStyles. They did, and have since revamped the concept in hopes of rebuilding the brand.

Their experience as franchisees convinced them they needed to add new revenue streams, so they reconceived WineStyles as a "tasting station," where customers can sample wine, beer, cheese and appetizers, as well as take classes on topics like how to order wine in restaurants. It's the couple's hands-on experience as franchisees that has the rest of the system excited.

Unlike the founder and previous owner, who didn't imbibe, the McGinneses are wine connoisseurs and foodies. They are also committed to keeping a finger on the pulse of customers and trends by running a corporate location; in fact, their office is inside the store. "I think that's critical," Andrea says. "We're adamant about being involved in the day-to-day and seeing what's happening."

"We're adamant about being involved in the day-to-day and seeing what's happening"
--Andrea McGinness, WineStyles

Another lesson learned from their franchisee days is the need for communication. "That's the biggest thing," Andrea says. "We have monthly conference calls with franchisees, and we've visited many of the stores. We've even had some grand reopenings. With communication comes trust. That's something as franchisees we saw a weakness in and wanted to work on."

Ashley Morris was in a similar situation. He truly loved Capriotti's Sandwich Shop--so much, in fact, that he moved closer to the restaurant during college so he could eat his daily cheesesteak. Eventually he opened three of his own Capriotti's locations in Las Vegas, but as the franchise reached 40 units, the founders were having a difficult time and decided to sell.

Morris stepped in and took over in 2008; the concept now has 104 units and another 200 sold. "I think being a franchisee gave me clear advantages when I became the franchisor," Morris says. "I understand the business from the franchisees' perspective. That can be difficult if you've never been there.

"If a franchisor doesn't believe their success is completely dependent on franchisee success, they're fooling themselves," he adds. "We made that our mantra. If we add something to the system, it's because it's going to add to a franchisee's business. If it makes their life easier, even if it makes our life harder, that's OK."

Over the past 25 years, John Metz has been a franchisee of several hotel and restaurant brands and currently owns 36 Denny's units. In 2008 an associate (who is no longer involved) asked him to help finance an ailing 27-store Florida-based concept called Hurricane Grill & Wings. Metz was at first hesitant to become a franchisor, but he decided to try it out. Now the concept has 60 units and is projected to reach 72 by the end of this year.

"What's allowed me to be successful is that I've been a franchisee and continue to be a franchisee. The second reason is that I had such a terrible experience with one franchisor, I don't want to see that happen to anyone else," Metz says, citing his time as a franchisee of Bennigan's, which filed for bankruptcy in 2008 (and is now under new ownership). "You really wouldn't know how terrible a franchisor could be 'til you've lived through it."

That bad experience--he claims Bennigan's tried to profit off franchisees by selling them food, failed to execute high-level functions and hung financially troubled franchisees out to dry--helped Metz develop strong opinions about how franchisors need to act. He says he drills his staff with his "thou shalt nots."

"There are some real basics written in stone that I learned," Metz says. "We sell nothing to a franchisee except a franchise. We make money solely on royalties and franchise fees. Rule No. 2: The most important thing in our company is our franchisees. They are our customers, and they need to be profitable first and foremost. Our mission statement is to create enduring value for our franchise partners.That's really what we do, so we do things most franchisors don't."

For instance, when it was decided that Hurricane should switch from paper plates and plastic silverware to colorful plastic plates and real cutlery, Metz supplied his franchisees with the new items; when rice was added to the menu, he provided them with rice cookers. "We always think, how do we introduce new things without the costs coming out of franchisees' pockets?" he says. "Those are the types of things that make us very different."