By Dinah Wisenberg Brin
November 29, 2011
Opinions expressed by Entrepreneur contributors are their own. 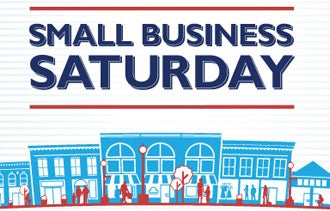 American Express's second annual Small Business Saturday promotion, which the company declared a success, also spurred a one-man complaint storm over the exclusion of franchised business locations. Now the giant card issuer is reassessing its policy for the program, which is designed to entice holiday shoppers to independently owned enterprises.

Franchise marketing consultant Paul Segreto, who heads franchisEssentials, deserves much if not all of the credit for airing the issue. He recently took to social media and other Internet forums to complain that "franchising, supposedly the cornerstone of small business and as many claim, the driving force behind economic recovery in America, has been excluded from the event."

Segreto noted that American Express solicits franchise brands and franchisees to accept its card and exhibits at franchise trade shows. On Saturday, Segreto tweeted: "I bet #AMEX wouldn't be very happy if all of #franchising didn't accept AMEX Cards … even for just one day."

An American Express spokeswoman says the company is arranging a conference call for this or next week with both Segreto and the International Franchise Association.

Small Business Saturday focuses on small, independently owned and operated businesses that do not benefit from national marketing campaigns funded by a larger corporate entity, according to the spokeswoman. "It's not our intent to exclude anybody," she says. The company only recently learned that smaller franchises wanted to participate.

Related: How Indie Merchants Are Prepping for the Holiday (Video)

IFA President and CEO Steve Caldeira says it's a common misperception that franchises are not small businesses, even though most meet the standard definition.

"I'm confident that the franchised business community will play a role in future AMEX initiatives," he says.

Segreto says he became aware of the exclusion this year after recommending to several franchise clients that they participate in the event; he was astonished when one of them sent him the eligibility requirements.

"That is when I started posting about the situation," Segreto says, "and when I saw I had support from others within the franchising community, I kept increasing my efforts."

Do you think franchises from smaller systems should be considered the same as independent small businesses?