On Monday, Taco Bell launched its first ever dollar menu, with advertising that looked as cheap as the tacos.

The dollar menu is one of the cornerstones of the fast-food industry. Now, Taco Bell is finally launching one of its own, for the very first time. 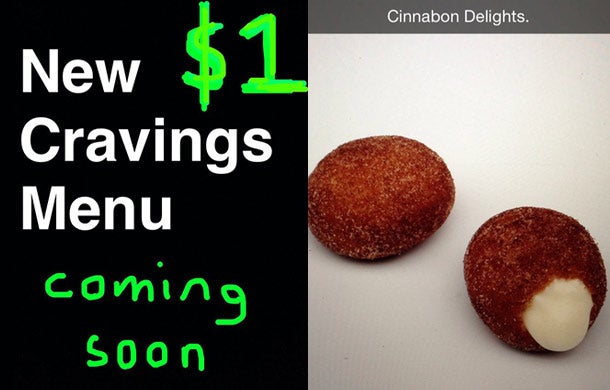 On Monday, Taco Bell rolled out the Dollar Cravings menu, with 11 items all priced at $1. Offerings include a cheesy bean and rice burrito, triple layer nachos and Cinnabon Delights.

The taco chain announced the new menu roll out on Friday via Snapchat. Instead of staged, upscale photos that usually accompany the announcement of a new product, Taco Bell decided to go aggressively low-budget, with slightly shadowy pictures of the menu items against a white background. 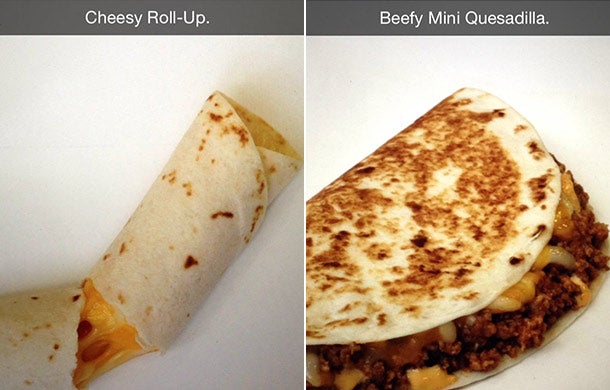 The idea to roll out a dollar menu with pictures that look like they could have been taken by a college student at Taco Bell at 1 a.m. makes sense in some ways. Since the launch of the breakfast menu earlier this year, Taco Bell been successfully cashing in on millennial-friendly marketing over social media that encourages engagement without trying too hard. Releasing "realistic" photos of the menu items via Snapchat is a very calculated play to advertise the new menu items in an unconventional way -- both in terms of the medium and how the food looks.