The 3 Most Important Traits of a Successful Franchisee

Since co-founding his first Anytime Fitness in 2002, it has never been about the money for Chuck Runyon. Though the business has grown to more than 3,000 gyms across the U.S. and some 20 other countries, his continued inspiration for pursuing this business is a passion for fitness.

And his driving motivator has been doing something that he strongly believes in and providing a way for others to do the same. "We want to inspire people to find whatever moves them and to live their best life," Runyon says.

Starting and maintaining a business can be a daunting task and requires more than an interest in the field. Here are the three most important traits Runyon has noticed among his most successful franchisees.

1. Always be engaged with the business.

The most engaged franchisees are always looking for new ways to learn—like attending training events and sharing best practices with other franchisees.

This drive to learn and the continued effort to get better are important because running an Anytime Fitness, like any business, requires engagement and commitment. And you have to be fully dedicated in order to allow time away.

"At Anytime Fitness, we don't promise it's always easy, and there are long days," Runyon says. "But you never have to miss the most important moments of your life."

The club continues to operate when you or your staff aren't there and that makes for a tremendous amount of freedom and a more balanced life. However, it also means procedures need to be in place so that things don't fall apart when you're off watching your child's soccer game.

"To run a successful franchise," Runyon says, "our franchisee owners have to care so much about their business and their members it [practically] hurts them."

Running an Anytime Fitness isn't just about being able to teach people how to work out or eat right, it's also about having people skills and being able to empathize, listen to and motivate your members. To truly create an environment where everyone feels welcome and accepted, you need to care about your members, club, employees and community. The same should apply to just about any business.

This isn't a mentality that everyone naturally has and Runyon knows that. Every new franchisee comes to company headquarters in Woodbury, Minn., for training to first learn about the company culture and, as Runyon puts it, "take some of this culture and put it in their back pocket and bring it to their local community." 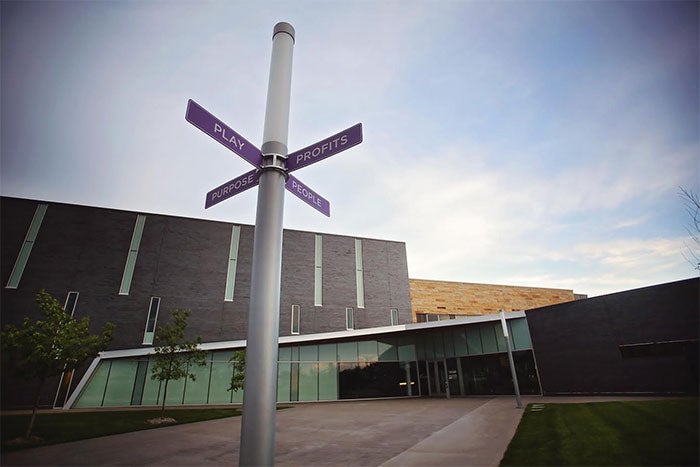 The four pillars of Anytime Fitness' culture are People, Purpose, Profits and Play. To spread this, Anytime Fitness visits franchisees, holds workshops around the country, and has an annual conference where they meet up to "rejuvenate" their feel for this culture.

3. Be adaptable to change.

Runyon believes strongly in mental dexterity. Business owners need to know a little about everything from social media, to sales and operations, to being able to lead people. Wearing so many hats requires being willing to take on change and navigate through problems that occur.

Being self-employed is about being self-reliant, but the process is a journey of self-discovery in which you learn your weaknesses, accept them, and then work to overcome them.

"[Business] can be very daunting, but it's like any challenge in life," Runyon says. "It can be very worth it if you work at it and are successful. There's no better feeling than knowing that you earned it."

Being flexible enough to accept any change that comes and finding a way to tackle any problem will keep your business on the path to success.

Every day is leg day.

To Runyon, managing a business and being fit are very similar: Installing a fitness regime in your life takes discipline and sacrifice. Committing to fitness trains your mindset to overcome adversity and plow through something even if you aren't great at it.

Starting and growing a business requires the exact same mentality. Having the mindset to tackle problems head-on instead of letting them discourage you is how you can better yourself and your business, even if it's difficult. "Building a business is like every day being leg day," Runyon says.