New York City is less than two months away from a Chick-fil-A invasion.

On Monday, the chicken chain announced that its first freestanding restaurant in New York City will open on Oct. 3. The three-story, 5,000-square-foot unit will be the largest Chick-fil-A location in the country.

The super-sized Chick-fil-A will be located on 37th Street and 6th Avenue in New York City's Garment District, described by the company as "a hub for fashion design and manufacturing." Neighboring businesses include sandwich shop The Picnic Basket, jewelry seller and buyer Stanley and Son and adult entertainment club Vivid Cabaret. Notably, the neighborhood is a commuter center, with the third busiest subway stop in New York City. 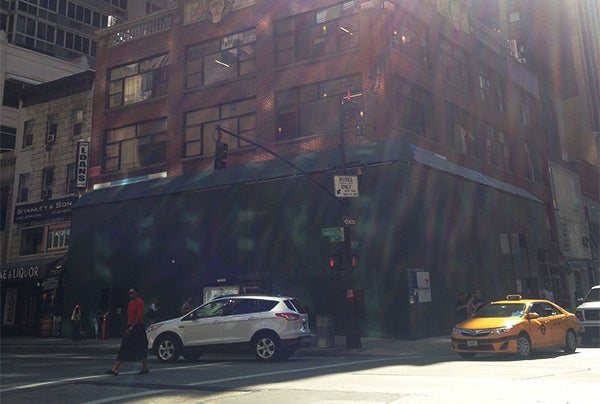 Chick-fil-A says that the location will utilize fresh produce, bread and flour from farms and manufacturers in New York and New Jersey. The restaurant is scheduled to be open 6 a.m. to 10 p.m. Monday to Saturday, with Sundays off, as is required of all Chick-fil-A locations.

The location will be owned and operated by Oscar Fittipaldi. Fittipaldi has been a Chick-fil-A franchisee since 2010, when he opened a location in Philadelphia.

While Chick-fil-A opened a location in a New York University dining hall in 2004, this will be the chain's first freestanding restaurant in New York City. Typically Chick-fil-A encourages customers to camp out in hopes of being one of the first 100 customers at a new location and receive free chicken sandwiches for a year. However, it seems the chain is mixing things up for the upcoming opening. Winners of the "First 100 Giveaway" will be decided via raffle, with only customers living in New York area zip codes eligible to enter.

Related: Arby's Bids Farewell to Its Favorite Hater, Jon Stewart, With an Ad Featuring His Insults