What Being a Police Officer Taught Me About Being a Franchisee

When Joyce Mariner retired after 25 years in the New York City Police Department, she thought her new career as a franchisee would be completely different. However, she found some surprising similarities between her work as a homicide detective and as an Expedia CruiseShipCenters franchisee. Here's what Mariner has learned. 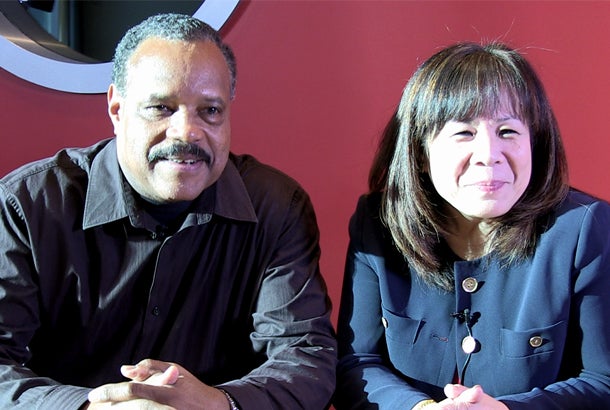 I have always had a passion for travel, so when I left my previous job I knew I had to find something I could do in the travel industry. I came across the possibility of becoming an independent vacation consultant with Expedia CruiseShipCenters. During my research I learned about the opportunity to own an Expedia CruiseShipCenters franchise instead. I found out that if I did open a location, I would be the first one in New York – a major milestone that enticed me.

Related: The Secret to Hitting a Home Run in the Hospitality Franchise Business

Prior to starting my second-act career as an Expedia CruiseShipCenters franchisee, I was retired after 25 years of service for the New York City Police Department as a homicide detective. Initially, I thought selling travel would be a completely new and different career move for me.

However, I have noticed some similarities to my position at the NYPD. Both are service oriented professions. As a detective, I learned the skills to interview and interrogate; at Expedia CruiseShipCenters I have learned to ask customers better and more thoughtful questions so we can provide the best all-around sales experience. As police officers, when we made an arrest we would joke around and say, "Book 'em!" At Expedia CrusieShipCenters, we sell travel experiences and say, "Let's book it!" While there are some parallels in both careers, I'm happy to say that now when I "send people away," it will be somewhere they want to go – on a spectacular vacation!

Expedia CruiseShipCenters has a track record of proven success for 28 years and franchisees had a success rate that was very attractive to us. We also liked the system they provide. I think if I had to open my own business I would have made a lot of costly mistakes trying to get there. My husband, Gary, and I liked the fact that everything can be planned because Expedia CruiseShipCenters has the program there for us. They've shown us that if you follow the system, your chances of success are very high. Of course, being part of the most recognized travel brand in the world was also a huge perk. We were seen as instantly credible the day we opened our doors.

Approximately $110,000. That number reflects the franchise fee, the build out and construction of the retail location, accounting and attorney fees, insurance, furniture and computers.

I did a lot of my research online, reading anything I could find on Expedia CruiseShipCenters and its corporate team. I also spoke to many other franchise owners both here in the States and in Canada. All had one answer in common when I asked the question, "If you had to do it all over again, knowing what you know now about the business, would you?" Everyone answered the same: "YES." That spoke volumes.

Related: From Wall Street to Main Street: This Franchisee Is Generating Profits in a Whole New Way

The biggest challenge, and I think this will always be a challenge, is trying to keep up with the ever-changing travel industry. There is so much to learn with just the cruising industry alone. There are 55 new ships debuting between 2015 and 2020, and the cruise lines are continuously offering their passengers so much more; it is definitely a challenge trying to stay afloat (pun intended!).

Go for it! You must have the passion and drive to commit to whatever franchise you choose. I have learned from my last career that life is short. When I leave this life, I want my friends and family to say that I lived my life to the fullest and had no regrets.

To build a trusting relationship in the neighborhood of Merrick, N.Y., and the surrounding towns. I hope for the community to know us as the place to go for advice on planning spectacular vacation experiences. With more than $250 million recently invested in the redesign of the Manhattan and Brooklyn cruise terminals, they are now among the finest contemporary cruise terminals in the world, so there is enormous potential for us to service the region.

Related: A Franchisee Couple Who Wanted to Make 'a Strong Impact' on People's Daily Lives