In 2009, Bill Burris was ready to move on to the next stage of his life. Recently widowed and with three kids in high school, he was looking to buy a low-key, one-man franchise. When he found an Australia-based company that rented moving boxes, it seemed perfect.

Burris was no wide-eyed dreamer. As director of advertising and media sales for the International Franchise Association (IFA), he knew how to vet an opportunity. He researched the company and traveled to Australia to question its founders. When he brought the concept home to Washington, D.C.,it was an instant hit.

But things weren't as sunny Down Under as they seemed.

In July 2010, three months after he opened shop, Burris received an e-mail announcing that the Australian parent company had declared bankruptcy. 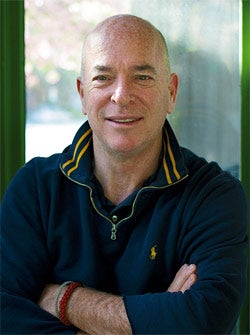 "I thought, I'm not going to let this thing get away from me," he remembers. "I had customer after customer raving, and I hadn't spent one cent on advertising." So Burris changed the name of his company, found a manufacturer to make super-durable custom cardboard boxes and set off on his own.

Two years later, The Box Buddies (the company is in the process of changing its name from Rent Our Boxes) is being franchised in the Northeast--but without Burris at the helm. While he's keeping an equity stake, Burris has handed the company's paperwork over to franchise attorney Mike Drumm, who is working as COO and owner, and they've brought in Ralph Massetti, CEO of development firm The Franchise Builders, as another owner.

Burris, meanwhile, is serving as a franchisee, developing D.C., Baltimore and Philadelphia. "The reason I wanted to be a franchisee in the first place was so I could slow down," he says. "I wanted to stop all the global travel and stuff that comes with a career at the executive level. I'm still the founder and chief trainer, but I'm not the franchisor."

We got Burris to drop the boxes and tell us his story.

What happened with the original Australian company?
I know my market well, and early on I started telling them I didn't think their system would work in America. Their wardrobe boxes were based on an average household in Australia. They allotted one wardrobe box, which handled 2 linear feet of hanging space. But the average wardrobe in America is its own small room! They were also focusing on suburban and nonresidential areas, where people move once every seven years. I knew urban areas and apartment dwellers were a much better market. When it was apparent they were going out of business, I wasn't surprised. I knew I had my own market under control, and I wasn't going to let it evaporate.

Did you go in thinking you'd build another franchise system?
I didn't give a damn about franchising. It wasn't going to go anywhere if we didn't have it down pat here in D.C. I spent a year and a half improving and adapting. When people would offer me a tip, instead of taking their $5 or $10, I'd just ask them to spend five minutes talking about the service. In a little more than a year, I interviewed over 1,000 customers. I know this business inside and out.

How have you changed things from the original model?
We focus on highly centralized, high-move urban areas. I have environmentally friendly cardboard boxes manufactured from a proprietary formula. They come in three sizes, and no matter how you stack them, they always come out the same height. Movers love that, since they don't have to play Tetris in the back of the truck, which saves them time.

Weren't you tempted to stay on as franchisor?
Working for the IFA, I attended one heck of a lot of conferences and seminars and got to hear from the best and brightest about success and failure.
The one thing I didn't want to do was get into the situation of making mistakes as a franchisor in the beginning. That's why I brought in professionals. The romance of becoming a Fred DeLuca [co-founder of Subway] wasn't there for me. That's not who I am. I'm the guy franchisees spend a weekend with, going out on deliveries.