MLW CEO Court Bauer has multiple models for ensuring the success of his promotion and safety of his talent and fans.

The timing couldn't have been worse. Major League Wrestling (MLW) founder and CEO Court Bauer had just begun to get a head of steam behind his mid-size company, which doesn't operate on the scale of World Wrestling Entertainment (WWE) or its primary competitor, All Elite Wrestling (AEW), but is far more robust than your average regional upstart. Its weekly television show, MLW Fusion (typically airing new episodes Saturday nights at 9 p.m. on beIN Sports, though it's currently on every night at 10 p.m. while most of the network's content is in limbo amid the global lockdown), had earned must-see status among combat-sports fans. The promotion, which benefits from a group of investors and involved board of directors but is ostensibly run by Bauer and a small, loyal crew, also recently executed its first-ever PPV broadcast and was closing in on numerous international TV deals to widen its reach.

And then, the coronavirus crashed down stateside. And MLW's suburban New Rochelle, New York, HQ was less than a mile from an early containment zone within the city's limits. Bauer immediately made the tough but firm choice to shut down live events for the foreseeable future, issuing press releases suspending marquee dates and directing fans to stay informed, safe and healthy while resting assured that MLW would continue to generate content and be there when the dust settles.

Nothing about the subsequent several weeks has been simple for Bauer, who's holed up at home with his wife and two teenage children, alternately plotting how to keep MLW front and center in peoples' imaginations and wondering how long he can continue to neglect reasonable grooming. He's in good spirits and undeterred. And as he explained over the course of a lengthy phone conversation, it's because he had a plan and relationships in place from the beginning — MLW first launched in 2002 before a lengthy hiatus and 2017 return and is buttressed by a popular podcast network as well — that has already paid dividends at this early crisis point and could prove instructive to any entrepreneur, whether they're overseeing a year-round slate of physical storytelling or steering a business that's first stepping between its industry's ropes. 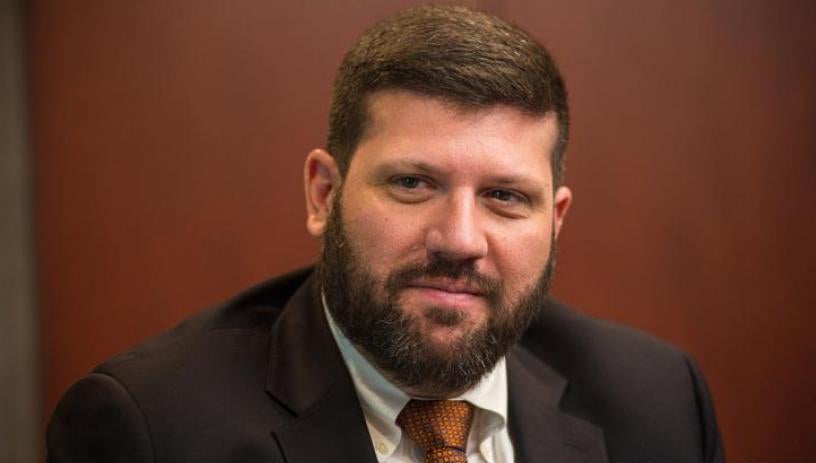 You have an entire roster of athletes and entertainers depending on live events to maintain an income. How did you break the news that you were suspending the schedule, and how have they responded?

We've been straightforward with our message to them: Health comes first. Health comes second. Health comes third. And we have responsibilities to their families and to them to be prudent during a time when there's so much uncertainty. We've had guys who have literally offered to do matches in the desert, one-on-one with a referee, and go through testing. We've had guys who just say, "However we can spread the word during this time and stay active and promote on social media." Obviously, we've turned down the matches in the desert. [Laughs] I'm not interested in putting anyone at risk. There are so many steps to take to ensure the health of everyone. What's the risk versus the reward?

Is there a calculation that fans might appreciate your responsible approach and stick with you when this subsides?

It's not really something I think about. I think fans just want wrestling. I think there'd be a lot of fans who would probably want to see a match in the desert. [Laughs] For me, I have to do the right thing for the people in my company. It's kind of the easiest decision I've ever made managing this company. There's no discussion. This is what you do. And I sleep great at night.

Companies across the board are discovering there's ways of doing business that might apply even when this is over. Has that been the case for you?

We're best equipped to handle this, because we have a great relationship with our network and a 16-month strategy for programming with them. But on top of that, we have a podcast network; we have all these different ways to monetize the business beyond our taped library that goes back to 2002. We've been focusing our bandwidth on expanding our global footprint with deals in Poland and the Middle East and a few other regions. We've been revving up new podcasts, and we're about to film a TV pilot that's going to be a talking-head concept show. We're finding different ways to create content that networks, domestic and abroad, have an interest in. You have to be nimble in these times, but a lot of people still want to do business. You just have to find the right fit. If we're not going to produce live events until we're further along, we've got to find ways to keep the doors open.

Many of your competitors have continued to broadcast live or pre-taped shows in empty arenas. What's your reaction to that approach, and why haven't you pursued it?

I'll say this succinctly: That my competitors are putting on events in empty arenas and exposing their talent, crews, staffs and families to the potential [of] contracting the coronavirus I think is, frankly, grotesque.

It sounds like your philosophy right now is more about going wherever you're needed outside of the typical live event or TV taping.

By me not focusing on live TV or taped programming and promoting that and doing media to sell tickets, I've freed up all this time to develop new concepts and focus on the merchandise. We've seen an uptick in T-shirt sales, and I think it's a response to people saying they know the talent needs our support. The loyalty has blown me away, and it's heartwarming. I think we have more flexibility than a massive business. You look at Disney, Endeavor, all these different companies — they're having a liquidity crisis, because it takes so much to make that machine work, and you've gotta keep feeding it cash. When that cash isn't coming in, they can't pivot very easily, whereas I can. I'm smaller. I think there's a lot of people who manage a business like this who say, "Let's spend to compete." Then there's the other path that's a little less sexy, but a little more cautious, and in dark hours like right now, you can chart your course a little more comfortably.

You sound unflappable, but was there any point where you thought, "How do I weather this?"

Well, we have a great team that helps us put together business models. We have three models: one that would have us return in the summer, one in the fall and one 18 months from now. That helps me know what we are and how we're set up to succeed or what our challenges are on the horizon. We're now prepared to take any of those paths. The difference now versus with the original MLW is that now I have an incredible team with a financial background that helps us navigate this. We don't have the substantial overhead that a lot of companies have, and our revenue's very strong and steady. In moments like this, it's very helpful. 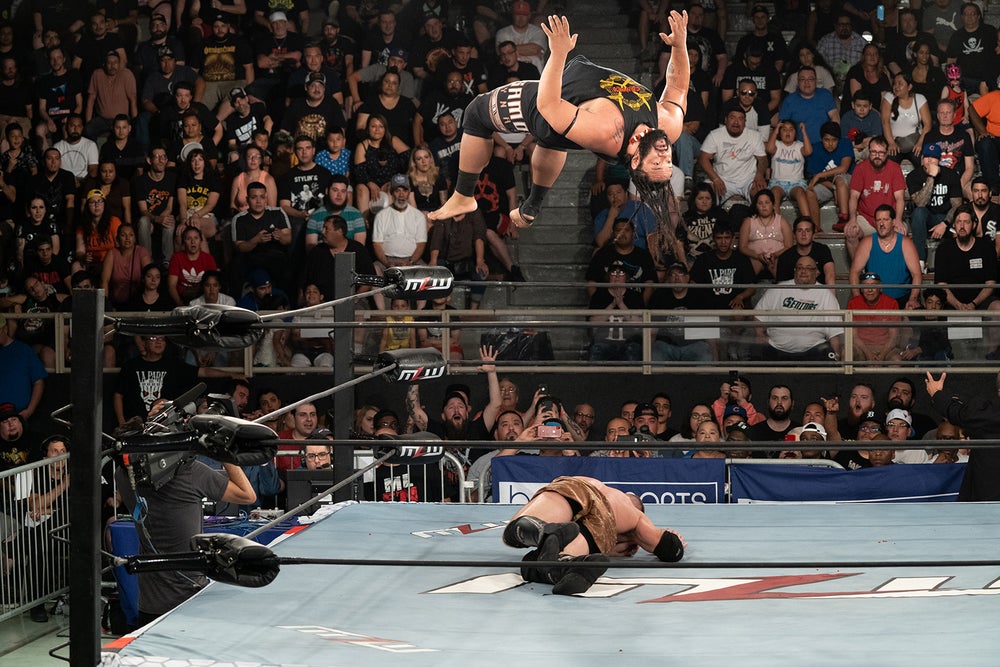 As you've said, there have been creative and economic upsides to pressing pause on the hectic pace of storylines and live events. Does this signal a long-term change in how the wrestling industry as a whole might function?

I think there's a bubble that's going to be popping soon. The ad dollars aren't there at the moment. Maybe they'll come back. But there's been this notion of live [wrestling] programming as essential. And I get that. There's an electricity to it that you don't have with tape. The beauty of tape is it gives you time to map things out. We ceased taping in early March before everything got very real and very scary, and we've stretched that out and are going to continue to stretch that out until we get to phase two of our creative strategy. That give us a little bit of comfort. From a creative perspective, having more of a runaway to plot your course is always going to be beneficial. Live TV is exciting, but is it essential and necessary to operate in 2020 and beyond? I think people should rethink that. And if you're a company built on promoting events weekly, this kind of disruption might cause you to pause and think: What if this happens again? Everyone now has to think about: What's your break-glass backup plan in the unlikely event something like this happens? We hope this is a once-in-a-century event, but we never know what's on the horizon. The thing that's helped us is technology. We're running essentially a virtual company now.

That said, I'm sure you're anxious to fill venues with fans again. Have you thought about what that might look like?

You run through all these scenarios in your mind. The great scenario [is]: Everyone wants to go see a show and be entertained and escape from reality. That's a wonderful notion. I think to get there, you need a vaccine or a treatment. Right now, the timeline for that is not imminent. So what's gonna happen is probably something a little different, and I frankly am not gonna be charging on the front lines of going back to promoting live events, because I want to see how it works. I don't want to put everyone at risk. You don't know what the economy's gonna be like. I'm in a position where I can have this conversation with you a year from now and have not produced any new programming. That allows me to make the best decision I can. Hopefully, in a year from now, I'm not sitting here saying we're still waiting and monitoring this thing, but it's nice to not be tempted as an entrepreneur to make a risky decision for the fans, the crew, the talent, the staff. That's something I do not desire.