Action and Ambition
James Lafferty Went From Coaching Track And Field To Being The CEO Of A Mega Million Dollar Corporation
James Michael Lafferty is the Chief Executive Officer of Fine Hygienic Holding and has often been described as one of the most diversified CEOs in the world today. Not only a successful CEO – he is an Olympic coach, an award-winning journalist, a college professor, athlete, philanthropist, husband, and father of five. Lafferty started his career with humble roots, as a youth track and field coach. Hired by Procter and Gamble in his hometown Cincinnati, Ohio, he was recruited from the ranks of a fitness instructor to enter P&G’s ‘Brand Management’ program. After achieving success in the US, he was transferred to international markets which took him to North Africa, Central, and Eastern Europe, the Middle East, Western Europe, Africa, and Asia. With a marketing and general management career that spans over 30 years, Lafferty is among the leading global experts on business-building, marketing, and branding – particularly in emerging markets. He has had a long and successful career building businesses and organizations across five continents for some of the world’s leading fast-moving consumer goods companies, including CEO positions within P&G, Coca-Cola, and British American Tobacco. Lafferty continues to coach professionally, training national-level athletes in the USA, Nigeria, and the Philippines. Most recently, he coached the Philippines’ Olympic athletics team at the 2016 Rio Olympic Games. Lafferty remains physically active, leading a dynamic and healthy lifestyle. This has seen him run over 30 full marathons and achieve the Philippines national championship in Powerlifting in 2017.
Play 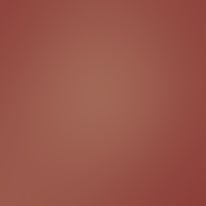