'08 Not So Great for Startup IPOs 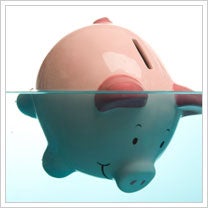 Your dreams of creating that startup that becomes a big hit in the initial public offering arena might be tempered by new data released this week: 2008 was the worst year for venture-backed IPOs since 1977.

According to research from National Venture Capital Association and Thomson Reuters (PDF), there were only six venture-backed IPOs last year, and none in the final quarter of 2008. The half-dozen such startups in '08 compares to 86 such ventures in 2007. Venture-backed endeavors that did make the transition to publicly traded companies only raised a total of $470 million in their public offerings, a free fall from the $10 billion such operations fetched in 2007.

"The inability of our strongest companies to go public and the softening of acquisitions
activity continue to have a major ripple effect ...," says Mark Heesen, president of the venture capital association. "... New investments and fundraising will slow considerably in
2009 until the exit markets re-open and the pipeline is cleared. The venture community is
poised and ready to bring the next generation of great companies to the capital markets."

The New York Times has a story about the precipitous numbers.