By Carol Tice
December 22, 2009
Opinions expressed by Entrepreneur contributors are their own. 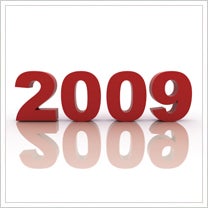 As 2009 wound to a close, there was a flush of positive news. But does it outweigh the negative news of the past year? Studies and analysis of the business year have been numerous. Today, we examine the good news for small businesses looking forward to 2010. Tomorrow, check back in for the storm clouds many feel darken the 2010 outlook.
On to the good stuff. The national unemployment rate finally dropped, from 10.2 percent to 10 percent, in November. Also falling was another closely-watched metric, the underemployment rate, which went from 17.5 percent to 17.2 percent.
Small businesses that have survived the downturn to this point seemed to be gaining some traction. A study by commercial-lending software provider PayNet showed delinquencies among small-to-medium sized business borrowers fell. Accounts more than 30 days overdue fell to 4.07 percent in November from 4.25 percent in October, putting delinquencies at their lowest rate since December 2008. Accounts more than 90 days overdue fell slightly as well, for the third consecutive month.
Looking at hopeful signs for next year, as Congress passed legislation that extends the SBA loan enhancements from the stimulus bill through Feb. 2010. In particular, the rise from 75 percent to 90 percent for the SBA guarantee had stimulated lending. Obama's recent tough talk with big banks also seemed to help, as both Bank of America and JP Morgan Chase committed to significantly increasing their small-biz lending next year.
Hiring by small businesses seemed to improve toward year-end: a report by Intuit found 44 percent of the small enterprises they surveyed planned to hire next year.
I'd also count among the positive signs work in progress by many states and cities to try to improve their small-business climate. For instance, California hiked the maximum contract size small businesses can bid on to $250,000 for $100,000. Maryland Gov. Martin O'Malley is reviewing a list of recommendations to help small businesses in that state, including revamping state small-biz financing programs.
Chicago's Mayor Daley boosted funding in two loan programs and offered a range of red-tape relief, while New York Gov. David Paterson took 21 suggestions from a 60-person small business task force, including creating a state revolving loan fund for small business owners.
Is your outlook for 2010 positive or negative? Drop us a comment and let us know. If we've missed any positive signs, feel free to add to our list.