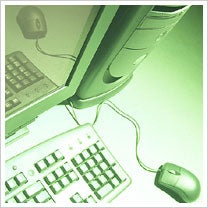 Computer viruses infected an all-time high number of machines this year, with "malware" programs that take over terminals and use them as launching points to infect more hardware becoming the biggest headaches.

Finnish computer security firm F-Secure reported this month that the amount of malicious software it has detected has tripled since 2007, with the numbers doubling those of the past 21 years combined. The aim of much of the detected malware was to spread to personal and business computers to then collect financial and personal data, such as credit card information and Social Security numbers, that can aid virtual burglaries and identity theft. The programming "is produced by highly organized criminal gangs using increasingly sophisticated techniques," according to an F-Secure statement.

Although businesses that use Apple Macintosh computers are less susceptible to such viruses, F-Secure states that everyone is vulnerable, and high-profile systems--from the websites of the 2008 presidential candidates, to computers at the International Space Station, to the networks at London hospitals--have been compromised. Even the Pentagon has banned USB memory sticks, or "thumb drives," in order to thwart viruses.

F-Secure is calling for harsher punishment for the propagators of malware. "The bottom line today is that too few of the perpetrators get punished," states the firm's chief research officer, Mikko HyppÃƒÂ¶nen. "As a result, we're sending the wrong message to criminals: Here is a way to make lots of money and you will never be caught or punished."