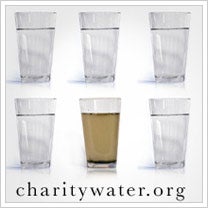 Last week, I blogged about Twestival, a first-of-its-kind event that brought people together from all across the globe to raise money for charity:water. While it was heartwarming and inspirational to see so many people gather for a single cause and know that the money was going to a most deserving non-profit whose mission is to bring clean, safe drinking water to developing nations, what makes it especially of interest to you as entrepreneurs is just how it was done.

The gargantuan task of coordinating events in nearly 200 cities worldwide, for each event to be wholly organized by volunteers, and to accomplish this all in only three weeks is a perfect illustration of the power of Twitter. Twitter is a social messenging utility that asks its members, in 140 characters or less, to respond to a simple question: What are you doing? It seems inutile. After all, what can you communicate in only 140 characters? But put such a tool into the hands of some and Twitter takes on a life of its own.

An event like Twestival couldn't have happened without a tool like Twitter to effectively spread the word. From the moment the organizer, Amanda Rose, dreamed up the idea, it was through lots and lots of 140-character tweets that people were mobilized into action.

Having seen Twestival in action and witnessed its impact, I was hungry for more. So, this morning, I stole a few moments of charity:water founder Scott Harrison's time to learn more about Twestival, other ways he's using social networking tools and what advice he has to offer entrepreneurs wanting to embrace social media.

Tell me about Twestival. How did it go?

Harrison: The whole concept of it was fascinating to us. The first time I really heard about it was January 1 when I was heading to India, Bangladesh and Ethiopia. We sort of said, 'We love this, we'll try to support this as much as we can' and sort of agreed to take an open-source approach. I loved the idea that it would be volunteers. I think we recognized that probably within a traditional charity, no one would ever do this. They would have to approve 186 fliers and would never sort of let someone run with your issue.

I was impressed by the organizer who I had actually never met and still haven't met, which is even cooler, I think. She just really seemed to understand our work and get it. Then when I came back from Ethiopia, we tried to support them as much as we could in the sort of couple of weeks leading up to the Twestival and helped get some people out to the NYC Twestival.

As far as results, it looks like the organizers have raised more than $250,000, which is great. They had a vision of $1 million which I think was really ambitious but a quarter of a million is something to be really proud of--that's an incredible amount of clean water. We've agreed that a third of the money will be spent in India, a third will go to Uganda and a third to Ethiopia. We'll actually fly to Ethiopia in April and drill one of the first Twestival wells live to try and connect the global community to what their money is actually doing.

Who was the organizer?

Harrison: Her name is Amanda Rose. She's an event planner and just took this on completely volunteer. I think one of the great things is it just didn't cost charity:water anything. There haven't been any fundraising costs. Most people go out and raise a quarter of a million dollars and they raise 10 or 20 percent to do that.

Would you have done anything differently?

Harrison: I think some of the lessons learned is we probably could have put a little more structure around it. It was all about the organizers and what their sort of vision was and charity:water and the issue got lost in a lot of them and I think was really brought to the forefront in others. So if we did something like this again, we'd really try to make it about the issue and about the people served across all the countries and get everyone to buy into that. But again just having more time would have allowed us to pull this off better.

What other ways have you used social networking tools?

Harrison: The Facebook Causes has been really successful for us. I think we've raised almost a dollar a member, so more than $45,000. A social networking tool called SocialVibe helped raise about $40,000. So these are real numbers. When you raise almost $100,000 across two sites, it sort of makes you take note. And then of course our September campaign raised more than $1 million on borninseptember.org. We asked people around the world to give up their birthdays and asked for their age in dollars instead of birthday gifts. That was wildly successful. We actually wound up raising another $600,000 on the back of the campaign so it was $1.5 million campaign.

Do you have any basic tips you would pass on to entrepreneurs on how to incorporate social networking tools into their businesses?

Harrison: I think your content needs to be really good. We've got great content. We take good photographs, we write good stories and we have good videos, so it needs to be fresh and engaging. And then it's really as simple as signing up for free accounts and putting your content out there and if people like your content they'll share it, they'll spread it virally, they'll sort of point people to it. So whether that's YouTube or Facebook or SocialVibe or even MySpace, it's a great way to tell your story as long as you know how to tell your story. Social media isn't going to fix your business's inability to tell your story well. I think that's the main sort of building block and then whatever's working for you perhaps across print or across your own website social media is just an extension of it.

Do you think that social media is an area that entrepreneurs need to focus on? Is this the future?

Harrison: I do. It just feels scalable. We woke up one day and [realized] our Facebook Cause has as many people on it as our e-mail list and really all we did was set it up. We haven't invested that much time in it. I mean, sure, we've put up all our latest content but this was content that we created anyway. The beauty of something like that is you sign up and you just invite 100 of your friends. Charity:water never met 100 of your friends. We met you and you sort of became an evangelist. So it's definitely worth the focus. We spend quite a bit of time trying to keep it current and fresh.