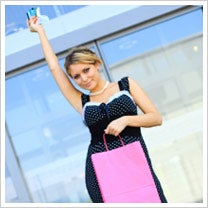 For business owners looking for potential good news about the economy, February provides a mixed bag on the consumer front--the most important front for biz owners and the economy as a whole, really.

Consumer spending. Now that's where it gets interesting.

Consumers may be waiting out the current downturn before spending again, which could be good news for businesses that ride out the recession. Personal saving, a number that actually fell into negative numbers just a few years ago, is up. As a percentage of disposable income, saving was up 4.2 percent in February. That's lower than January's 4.4 percent, but it's well above the 12-month average of 2.5 percent.

And it may mean that Americans will have money to spend when things turn around and they feel comfortable purchasing again.