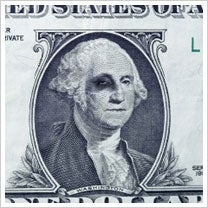 Economic confidence among business owners surveyed in the monthly Discover Small Business Watch report was up slightly in February, and there was an uptick among those who felt conditions for their enterprises were improving.

The report's economic confidence index rose to nearly 72 percent, up from 71.4 in January. About 19 percent of entrepreneurs surveyed said they felt economic conditions improving for their operations, up from 17 percent in January.

Twelve percent of respondents say economic conditions in the country are improving, up from 8 percent in January.

Still, there was little optimism when it comes to the federal government. Nearly 60 percent of business owners surveyed stated it's not likely they will benefit from President Obama's $787 billion stimulus package. And 62 percent had little confidence in the ability of Washington to address the needs of small business in this recession.

"It's still early to sort out the details of the package," says Discover business card director Ryan Scully, "but indications are that small-business owners aren't expecting much help."

What's more, while business owners expressed some optimism about the economy, they didn't seem to do so with their pocketbooks: 51 percent stated they will decrease business development spending in the next six months, up from 46 percent in January. And those with cash-flow problems increased from 38 percent in January to 42 percent this month.

"More than half of small-business owners plan to decrease spending on business development in the next six months," Scully says, "which matches the low point in this category set in November 2008."