Finally, an Entrepreneur Who Can Help My Nightlife... 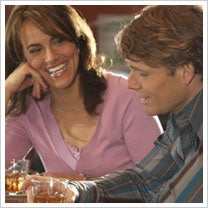 When I turned 21, I also turned into a stereotype.

I was at the local bars every Thursday night, and my friends and I became elder statesmen of late nights, philanthropists that believed in lost causes and connoisseurs of bad decisions.

But, out of our element some evenings, we'd show up to dead bars, listen to terrible bands and drink at places that didn't wash their pitchers. We'd get pushed around by unruly bouncers, stared at by awkward biker burnouts and wait in line with clubbers that thought anywhere was a dance floor. We just had off nights sometimes.

And it might've been because we didn't have Randy Rantz to help us.

Rantz is the founder and CEO of Howsthebar.com, a Chicago-based website that gives real-time ratings of nearly 15,000 bars. After years in real estate investing, Rantz finally took his weekend priorities and made them his workweek.

"A couple years ago, my friends and I would text each other bar ratings every weekend to help decide which bars to visit," Rantz recalls. "This gave me the idea to create a website where thousands of members could share bar ratings every night without even knowing each other. That's why I started Howsthebar.com. I created an extensive business plan, gathered some investors and formed a company."

It was just launched last month, after some months as a beta and over two years of research and development. "Our goal for 2008 is to build up the membership, which is free. We will start selling ad space on the site in January 2009," says Rantz, who is "37 years old, which means [he has] had plenty of years to become an experienced bar hopper."

But it won't just be Chicago soon.

"After gaining success in Chicago land, we will focus on the college towns throughout Illinois. We plan on expanding to Wisconsin and the rest of the Midwest shortly after. Eventually, we want to have nationwide coverage," Rantz says.

I'm writing about Randy Rantz and Howsthebar.com for two reasons:

2) I'm going to be in Chicago later this week, so I wanted to test Randy Rantz and his website. I came up with three hypothetical situations for the Chicago entrepreneur...

Hypothetical Situation #1:
Some guy just dropped $10 into the jukebox so he can hear The Eagles' entire Greatest Hits collection. The Eagles are overrated and I want to hear The Clash. Can I use Howsthebar.com to find a legit jukebox in the city of Chicago?
RR: Whereas Howsthebar.com does have a feature that accounts for how good the entertainment at a bar is that evening, it doesn't account for The Clash-playing jukeboxes. But we are planning on adding different features to the website that might help in this situation.

Hypothetical Situation #2:
I'll be in Chicago with my friends Nicky and Lindsay. Let's say that Nicky orders a mixed drink but the bartender doesn't recognize the name and Lindsay orders a brand of beer that the bar doesn't have. Can Howsthebar.com help my two friends locate a bar that has what they want?
RR: Howsthebar.com does not have a feature that can help with this scenario yet, but we are currently planning on adding different features to the website that may help in the future.

Hypothetical Situation #3:
Let's say I'm at a bad house party in Chicago when I'd rather be playing pool and drinking whiskey with a wildly attractive brunette who loves Casablanca as much as she digs Tom Robbins novels. How can Howsthebar.com help me achieve my ultimate goal?
RR: Log onto Howsthebar.com and check out a few places that your ideal lady would be located at. What's the average age at these places? Are there more women than men? The bar rating will tell you all of these things. Then grab your Tom Robbins autographed gear and your white dinner coat and go get her!

This Solar-Powered Florida Town Was Built to Withstand Hurricanes. Did It Work?