Getting Your Piece of the $819 Billion Stimulus Pie 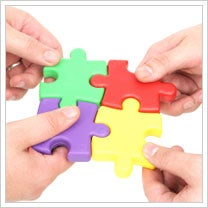 It's important not only to keep tabs on how President Barack Obama's proposed stimulus plan could affect your business, but also to remember how emerging from the recession victorious could itself be a huge boost to your business: nothing builds credibility faster than wrestling and winning in the throes of the "Great Depression II."

Heartening to hear is that several benefits for entrepreneurs come with the package. But, as the president has said, it's "going to take all of us" to improve the economy. One small but necessary step is making sure you know what's coming to you in the stimulus package and how to use the help wisely to prop up, improve or keep your business afloat. So, if you aren't already, start casting your eye toward that galaxy not-so-far away: Washington, D.C.

As you're already well aware, Obama is in the throes of negotiations for a multibillion-dollar economic deal that could change the financial fortunes for entrepreneurs. It'll pump billions into education, health care and numerous other sectors that all rely on the ingenuity of entrepreneurs (hello, increased accounts in 2009 and 2010). The U.S. House of Representatives passed Obama's gigantic stimulus plan last week. The next step for the bill is the Senate sometime this week, where more--much more--debate over additional tax cuts will continue. Called the American Recovery and Investment Act of 2009, the two-year plan includes $524 billion in spending and $275 billion in tax cuts, among other expenditures in the bill.

Most relevant in the bill to entrepreneurs is the "Making Work Pay" tax credit of up to $500 for working individuals and $1,000 for working couples, and new provisions for small businesses, including an extension of small business expenditure limits--with a cap of $250,000--through 2009. A $15 billion provision would let businesses cut their 2008 and 2009 losses by allowing them to offset profits from the past five years, up from the two years currently allowed.

The plan also has provisions that would allow anyone receiving unemployment to qualify for Medicaid and give help to workers needing to hang on to their health care coverage in the event of a layoff.

Obama has won huge approval ratings for endorsing partisan cooperation, as the public has grown weary of political posturing. But as the president said during an interview with TODAY co-host Matt Lauer before the Super Bowl on Sunday, "People have to recognize that it's going to take some time for trust to be built, not only between Democrats and Republicans but between Congress and the White House, between the House and the Senate."

Obama was referring to the fact that last Tuesday, the House largely voted along party lines for the stimulus plan; no Republicans voted in support of the bill, and three previous GOP amendments to the bill were shelved, including a measure to cut individual and business taxes.

Perhaps it's time to shift the focus away from the slow come-around of politicos and see if a little entrepreneurial burst of energy can set the precedent for excellence on the road to recovery. Are you making an effort to get your hands dirty and help turn this economy around?