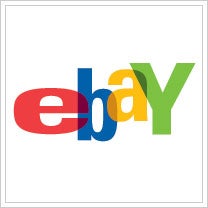 If you've done any significant shopping on eBay, you're probably no stranger to disappointment. Sadly, there can often be a pretty big gap between what you expected and what the seller ultimately--at three or four times the actual shipping cost--delivered. But all is not lost, thanks to the beauty of feedback. You might not get your money back, but you can do your best to put a hurt on the seller by ratting him out to future potential buyers.

Seems fair enough, especially given that the first item ever sold on eBay was a broken laser pointer. But one seller in England is not ready to take any of this lying down. He's filed a libel lawsuit against a customer for whom a refund just wasn't enough.

As funny as this might seem on the surface (turns out Fark.com has a business section. Who knew?), it raises a host of questions and potential concerns for entrepreneurs who make their livings on eBay. Feedback is a large part of why eBay is so sucessful--it creates accountability for both buyers and sellers. It's such an important part of the process that the company mediates disputes over such comments. If people are afraid to speak up when something goes wrong, it could take the teeth out of a company that is already struggling.

Once the smoke and/or wig powder clears from the lawsuit, we'll have a better idea of the real effects, if there are any. But in the end, the outcome might be irrelevant unless the court is able to set a resounding precedent or tosses the case out altogether. For the sake of eBay and those who use it to make a living, one can only hope the court sends a clear message that open discourse is in everyone's best interest.

8 Tips for Tough Conversations with Employees