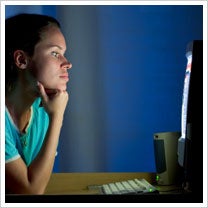 Until recently, it has been assumed that social networking was largely something for younger generations. Even here at Entrepreneur, we've debated the validity of sites like Twitter, with the lines being drawn along generational divides. The fact is, while the young may be the early adopters, the older generations are finding their way into social networking, blogging and other forms of digital media.

What does this mean for businesses? On one hand, finding a way to engage social networkers is a great way for businesses to reach a broader audience. On the other hand, because of the democratized nature of social networking and digital media in general, netizens liken ads to unwanted party crashers. In fact, the study indicated that over time, consumers are becoming less tolerant of ads on their social networks, and consider highly targeted ads an invasion of privacy.

In his guest post on Techcrunch, Eric Clemons, professor of operations and information management at the Wharton School of the University of Pennsylvania, said that advertising is not a sustainable model for internet revenue for three main reasons: People don't trust, want or need advertising. The Economist argues that the business model was never truly sustainable to begin with.

While I don't agree that advertising is a dying industry, I do acknowledge that the ad-revenue-dependent model does not work anymore. Gone are the semi-captive television audiences, forced to sit through commercials by synchronized commercial breaks. This model was tolerated because for the most part, there was no other option. But the internet is all about freedom, and given the option to look at a 30-second ad or just view the content they went to the site for in the first place, most will simply opt to skip the advertisement.

The challenge for businesses is finding a way to reach consumers without impeding their internet experiences. For those in the media, it may be time to move on to a paid business model.

As Clemons wrote, "The internet is about freedom, and I suspect that a truly free population will not be held captive and forced to watch ads. We always knew that freedom comes at a price; perhaps the price of internet freedom and the failure of ads will be paying a fair price for the content and the experience and the recommendations that we value."