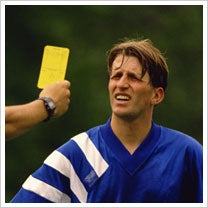 American professional sports leagues are engaged in targeted efforts to expand their popularity and reach beyond North America's shores.

Major League Baseball had the Boston Red Sox and the Oakland A's open their 2008 season in Japan. The National Basketball Association--cashing in on the popularity of China's 7-foot, 6-inch phenom Yao Ming--played preseason games in China this year and is looking at playing regular-season games in London in the years leading up to the 2012 Olympics there. The National Hockey League in recent seasons has played a spate of games in Canada. Wait. What? Sorry, I've just been informed that our neighbors to the north still have a couple of hockey franchises that haven't moved to more traditional hockey climates like south Florida.

Anyway, the point is they're all looking for new markets for their products. Baseball in Japan is a great fit, especially considering Japan has thriving professional leagues already in place. Hoops in China: A chance to reach 1.5 billion Yao-crazy consumers can't be wrong.

The NFL--or at least one of its employees--showed it has a little research to do before attempting its next cross-pond leap (the failure of NFL Europe notwithstanding). The New Orleans Saints and San Diego Chargers staged a regular-season game at venerated Wembley Stadium Sunday in soccer-obsessed London (the second year for such a move). More than 80,000 Brits showed up to spend too much money on beer and cheer for a game called football that rarely utilizes feet. The fans gave the teams their vocal appreciation for a high-scoring affair.

One of the game's penalty flags, however, should have earned a yellow card for the official who threw it. New Orleans' Lance Moore caught a touchdown pass in the second quarter and celebrated like many European soccer players after scoring a goal: He sprinted through the end zone and then slid through the grass on his knees. Out came the flag for excessive celebration. Moore tried to pay tribute to local customs and earned his team a 15-yard penalty from an official who apparently didn't know that excessive celebrations and Wembley Stadium are first cousins.

In the business world, knowing how to impress the locals is a key to success. In the NFL, not so much.