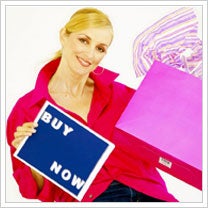 The little-known Business Cycle Dating Committee of the National Bureau of Economic Research today made official what's already well-known: The U.S. economy is officially in recession.

Recessions are usually defined as two consecutive quarters of economic contraction, and the committee states that the nation's last wave of economic growth reached "a peak in December 2007 and has declined every month since then."

The committee says the economic bubble lasted 73 months, from November 2001 to last December. The last economic boom occurred in the 1990s and lasted 120 months. Recent "indicators, including monthly data on the largest component of GDP, consumption, have declined sharply in recent months," states the committee report.

Optimists can find some data to hang their hats on: Past recessions lasted an average of 10 months, putting the economy in possible growth mode by late next year. What's more, despite months of gloomy economic news, sales for the opening weekend of the holiday shopping season were stronger than expected.

The National Retail Federation reports that Thanksgiving weekend shoppers spent on average 7.2 percent more than they did last year, with total holiday retail sales for the four-day period reaching $41 billion.

"Pent-up demand on electronics and clothing, plus unparalleled bargains on this season's hottest items, helped drive shopping all weekend," states federation CEO Tracy Mullin. "Holiday sales are not expected to continue at this brisk pace, but it is encouraging that Americans seem excited to go shopping again."

The big day for purchases, as expected, was Black Friday, with an estimated 73.6 million shoppers browsing for gifts and goods. It can be a make-or-break day for some retailers, who count on holiday sales for as much as 40 percent of their annual take.

The better-than-expected numbers could be canceled out by the deep discounts offered by some retailers, however.

"Weekend shoppers indicated that they are still sticking to a budget and thinking carefully before making any holiday purchases," states Phil Rist, executive vice president of strategic initiatives for BIGresearch.

A majority of holiday shoppers--nearly 51 percent--bought clothing and fashion accessories, according to the federation. About 39 percent went for media--DVDs, CDs, video games and books. More than one in four shoppers reported buying a toy over the four-day period. And those who purchased gift cards decreased to 18.8 percent from 21 percent last year.