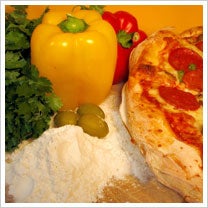 It's not exactly breaking news, but it's certainly been made official this week: Restaurants are expected to have their worst year in more than a generation.

While price-conscious franchises such as Subway seem to be taking the recession more or less in stride (the sandwich behemoth plans on opening 1,600 or so stores this year), high-end eateries are bearing the brunt of the downturn--and several closures have been reported in places like New York.

Technomic, a restaurant industry consultancy based in Chicago, reported yesterday that it expects business at American eateries to decline 2.2 percent compared to 2008. "... The firm expects 2009 will be the worst year for foodservice since it began tracking performance in 1972," states a Technomic release.

Full-service restaurants--projected to be down 6 percent--will fare the worst among the food industry sectors analyzed by Technomic. Bars and taverns (+1.5 percent) and education food service (+3 percent) are two of the categories that will offset the losses expected for the industry.

Also, wholesale food costs are on the decline--a small bit of good news for the eatery entrepreneur.

"However, even if the economy were to improve quickly in the second half of 2009," states Technomic vice president Joe Pawlak, "real growth is expected to remain negative."