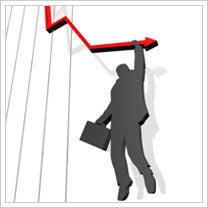 The retail sector continued to slide in January, with Retail Metrics Inc.'s monthly report noting a 1.8 percent decline in same-store sales compared to December. It's the fourth month in a row of sales decreases in the report.

Meanwhile the ADP Small Business Report noted recently that small businesses--those with less than 50 employees--shed 175,000 jobs in January, 101,000 from the service sector alone. Small businesses have lost 456,000 jobs since the beginning of December.

"This employment decline clearly indicates that the recession has widened to include businesses of all sizes," states Joel Prakken, chair of Macroeconomic Advisers. "Though small-size businesses were somewhat more resilient than larger ones earlier in 2008, both small-sized goods-producing and service-providing businesses are now experiencing sizable job losses."