Retail Up, Hopes Not 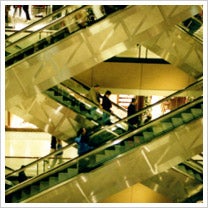 Contrary to other reports, the U.S. Commerce Department today reported that the nation's retail sales actually rose 1 percent last month compared to December. Sales for January--reported to be $344.6 billion--were actually down 9.7 percent compared to the first month of 2008, however.

Still, some good news was seen in car and auto parts sales (up 1.8 percent month-over-month), electronics and appliances (up 1.6 percent), clothing (1.6 percent), groceries (2.2 percent) and gas (2.6 percent). Experts told the New York Times that the increases were a result of the retail sector having hit a new low in December. They also stated that consumers were taking advantage of post-holiday sales and bankruptcy closeouts. There was some speculation that the February numbers could dip again.