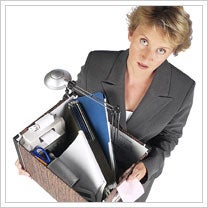 Retail store owners should be happy. Record numbers of people are looking for part-time jobs this holiday season. The bad news kinda offsets that bit of news, however.

Whereas most holiday seasons see people searching for retail jobs as a way to boost their short-term income or as a way to get out of the house for a few months and earn some extra holiday cash, too many of this year's job seekers are looking for whatever work they can find because they've been laid off, many from the retail sector itself.

The latest unemployment data show the jobless rate at a 14-year high.

'They are looking for replacement income," Duncan says, "instead of supplemental income."

According to AP, Americans looking for seasonal work in retail stores would have a better chance of getting into Harvard--on a percentage basis.

Those retailers who are able to add extra help around the holidays this year will have a wide candidate pool from which to choose, but they are going to have to work extra hard to get people excited about shopping during a period of worsening economic news and rising unemployement.