By Mikal E. Belicove
July 21, 2009
Opinions expressed by Entrepreneur contributors are their own. 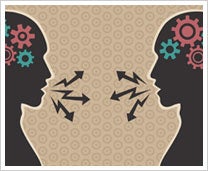 The power of customer engagement is nothing new. What is new is that technologies and methodologies -- including the Internet, HTML 5, social networking, and user-generated and distributed content -- have expanded the reach of customer engagement and its cousin, word-of-mouth advertising, and the speed at which it spreads. With social media engagement, word of mouth and engagement has become global and nearly instantaneous, and now according to a new study, shown to provide substantive business-related benefits to companies that effectively harness its power.

The ENGAGEMENTdb study, which was conceived by Altimeter Group in conjunction with Wetpaint, reviewedmore than 10 discrete social media channels, including blogs, Facebook,Twitter, wikis, and discussion forums for each of the 100 most valuablebrands as identified by the 2008 BusinessWeek/Interbrand Best Global Brands ranking.Activity in each channel was ranked for depth of interaction onmeasures that corresponded to that specific channel. Scores for overallbrand engagement ranged from a high of 127 to a low of 1.

The top 10 ENGAGEMENTdb brands with their scores are:

Accordingto the study's author, Altimeter Group founder, Charlene Li (co-authorof the best-selling book "Groundswell: Winning in a World Transformedby Social Technologies"), companies that scored well in the studygenerally have small dedicated teams, active in the social mediachannels they utilize. The study also found that the most successfulbrands evangelize social media across the entire organization to pullin a broad range of employees. These companies view social media as anindispensable tool to help them achieve results, the study shows, andtheir approach is conversational. This mode of operation differs fromthe approach of traditional communications and early corporate blogexperimentation, which emphasizes messaging and talking points.

While each company in the study received a quantitative score, the ENGAGEMENTdb study revealedthat companies fall into four specific categories in terms of theirbreadth and depth of investment in social media channels -- Mavens,Butterflies, Selectives, and Wallflowers.