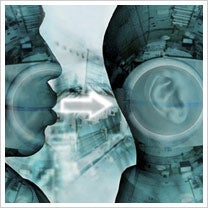 This month ZepInvest rolls out a website intended to give average investors, entrepreneurs included, access to previously exclusive reports, newsletters and advisors.

The site gives members access to 82 such sources, including Bernie Schaeffer's Option Advisor, Walter Frank's The Money Letter, and Jim Lowell's Fidelity Sector Investor, for $800 a year. ZepInvest principals say that the cost of accessing all those sources individually could climb to $30,000. Of course, it's a tough time to dive into a stock market that has lost nearly 40 percent of its value since the latest American economic bubble peaked in October 2007. But many top advisors say they think the bottom, always the best time to invest, is near.

ZepInvest aims to bundle investment research options in one accessible portal to give clients clearinformation on buy and sell data. The site celebrates its soft-launch Dec. 15, with a formal launch planned for January 2009.