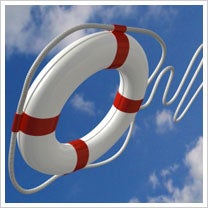 Business owners continue to express deep reservations about the health of the American economy, according to Discover Small Business Watch's latest survey, which was released today.

"Small businesses are continuing to feel pressure in this weakening economy," said Discover small business card director Ryan Scully. "The number of owners having trouble paying their bills is the highest we've seen since April and more than half of owners are cutting back on their business development plans, which is an all-time high." A record high--51 percent--number of business owners "plan to decrease spending on business development" this year, according to the survey.

About 44 percent of respondents said they experienced cash-flow problems over the last 90 days, a tie with April's high.

Asked about the presidential campaign and the incoming administration, a plurality of respondents--29 percent--said they would like to see taxes as the first priority of the new administration when it comes to small business.

About 47 percent of small business owners surveyed, by the way, felt that Joe "the Plumber" Wurlzebacher was "a good representative of the concerns of most American small-business owners." About 40 percent say they felt the opposite way.

Her Company Is Worth $1 Billion. But It Began As A Way to Solve Her Own Shipping Problems.