Why socially responsible companies are more attractive to investors

By Carol Tice
August 11, 2009
This story appears in the September 2009 issue of Entrepreneur. Subscribe » 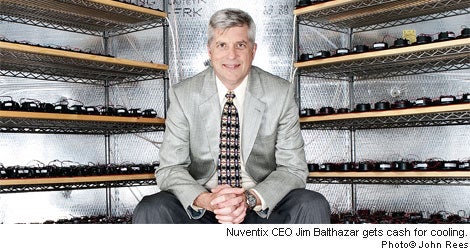 Socially and environmentally responsible companies are looking a lot more attractive to today's venture capitalists, who are seeking to align their investments with their own personal values. Some VC firms have explicit social missions, and many individual investors are consulting portals such as Social Investment Forumand Green VCfor advice on how to identify companies that operate responsibly.

In April, Nuventix of Austin, Texas, rode the socially responsible investing wave to $8 million more in funding commitments, completing the company's Series C round. (It has raised $32.5 million since its inception.) Nuventix, which makes energy-efficient cooling fans for LED-light fixtures, sought the funding for research to bring new fans to market quickly. CEO Jim Balthazar says he wanted to move fast to take advantage of increased public awareness of the need for energy efficiency.

Boston-based Braemar Energy Ventures committed $3 million to the recent funding round. Since its founding in 2005, Braemar has gained a reputation for focusing on companies that are bringing energy-efficient products to market. Braemar managing partner Dennis Costello says the firm was attracted by the fact that Nuventix already had successful products on the market and that its fans are the only ones engineered to last as long as the LED fixtures.

Balthazar estimates the size of the cooling-fan market at $6 billion and says his advanced products could halve the energy requirement for cooling LED lights. The products' longer lifespan will also keep more fans out of landfills. "This is my third startup, and in every one, I felt the technology had to have a socially redeeming aspect," Balthazar says. "That's how you get good market receptivity."