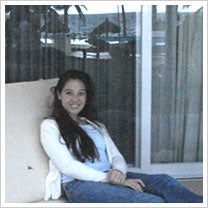 After three days of intense networking, the Summit is drawing to an end. It has been an unforgettable ride and an amazing experience as an embedded writer. While every individual has a story to tell, what strikes me most is the lack of ego. Proving oneself goes out the window, replaced by a mutual understanding of the pains and accomplishments that binds these individuals together.Entrepreneurs are driven by their passion, they envision solutions when others can only identify problems, they are persistent and send out a hundred e-mails when necessary to prove that the cause they believe in is legit, and they bring to life what started off simply as an idea. And yet these individuals don't brag or boast but instead they talk, opening up the platform for meaningful conversation.

I was repeatedly asked by the attendees who I was most impressed by. I have to honestly say that I cannot answer that question. I couldn't help but be impressed by the overwhelming success of Lin Miao, who at the young age of 22 was able to grow his company from $1 million in sales in the first year to more than $100 million by the third. I was moved by Scott's story of how Charity: Water came to be and how much one man has been able to do to bring the source of life to ailing, poverty-stricken villages of people who are suffering because the cure lies just beyond their reach.

I was touched as I removed the worn shoes of the children in Mexico and replaced them with TOMS Shoes--armed with durable soles and infused with love. But I know that each person has a story to tell, that each individual is making waves in his or her industry, and that these young entrepreneurs embody the essence of entrepreneurship. Therefore, I cannot say whose story or business struck me most because a story needs time to be told and this meeting with these passionate entrepreneurs is just the beginning of the story. These connections that were made are just the beginning.

Now, as they leave this spot of paradise and return to the challenges of running and growing their businesses, this is the point at which new ideas will solidify into action and the true benefits of this Summit will be revealed.