There's Gold in Them There Apps 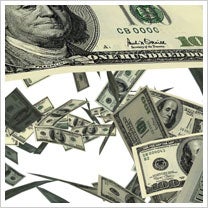 Newsweek today reports on the success of Apple iPhone applications, which have netted even some small entrepreneurs as much as $1 million in revenue. Seemingly innocuous apps such as a virtual electric wind instrument, a sloshing, virtual mug of beer and a digital firecracker have been earning easy money for a cottage industry of tech-savvy programmers.

Apple gets 30 percent of the revenue on apps sold through its App Store (the only legitimate way to get third-party programs on an iPhone). Programmers take the rest. The little programs--games, calculators, music makers and more--range in price from free to more than $20. "It's kind of a gold rush," Brian Greenstone of Pangea Software in Austin, Texas, tells Newsweek. "It's crazy. It's like lottery money. In the last four-and-a-half months, we've made as much money off the retail sales of iPhone apps as we've made with retail sales of all of the apps that we've made in the past 21 years--combined."