Time for a Little Tough Love 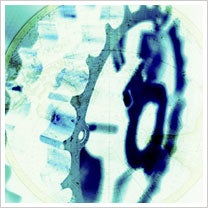 I recently discovered a show that I really like. And by "discovered," I mean "I'm sure it's been on for a while now, but I'm too old to be watching MTV."

Anyway, the show's called "Exiled," and it involves taking some of the obnoxious little debutants who previously had their opulent Sweet 16 birthday parties documented by the network and sending them off to remote areas of the world for a week so that their parents don't have to go through the trouble of actually instilling some sort of values in them. It's infuriating to see how the girls behave, but thanks to schadenfreude, it's also very satisfying to watch them suffer. And it might just be at least one small step in helping our economy.

For most people, one of the biggest disappointments of the recent economic meltdown in this country has been the revelations of just how wasteful large corporations are. They beg for handouts and then waste the money doing the same things that got them in trouble to begin with. There's no accountability or even much evidence that any attempt will be made to change. There's an overwhelming stench of entitlement. It's sort of like dealing with...a spoiled teenage girl.

Sending greedy CEOs off to third-world countries to shovel elephant poo would no doubt be entertaining, but it wouldn't do much to help the economy. On the other hand, if the idea is to make them appreciate how the real world works, why not force them to earn their bailout money by working for small businesses?

Imagine watching as Congress tells Rick Wagoner, Allan Mullaly and Robert Nardelli that they're off to spend a week bussing tables at some of Detroit's up-and-coming locally owned restaurants or taking appointments at the doggy day spa. Shock and denial become reality as they don their aprons and name badges, pushed to the brink of working-class madness before emerging transformed and returning tearfully to Congress to get a big hug and tell everyone how much they learned.

All kidding and hand-wringing aside, it's clear that what these people need is a heavy dose of reality. And in a world where something like 98 percent of businesses are small businesses, it's only natural that they'd fall out of touch at some point. So who better to bring them back to Earth than the entrepreneurs they used to be? Everyone wins.