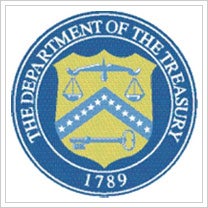 The Department of the Treasury released its first of promised monthly updates on the state of lending activities at the 20 banks that received the most federal dollars from the Capital Repurchase Program under TARP. The monthly survey is part of the Obama administration's stated commitment to greater transparency in its efforts to stabilize a wobbly financial system.

While the numbers show lending is off by 1 percent despite billions in aid to the banks, Treasury says loan activity showed resiliency given the pounding the economy has taken on the job-loss front. During the period in question--October through December 2008--employers shed 1.5 million jobs, boosting the unemployment rate to 7.2 percent. It has since gone past 7.5 percent.

This definitely isn't great news for entrepreneurs looking for cash from banks, but it's not dire either. And keep in mind that the survey only looks at the biggest banks in the country. Smaller regional and local banks are still loaning to businesses, as Entrepreneur's Dennis Romero discovered in his story on the topic.

This survey covered the first three months of the program. Subsequent surveys will track the previous month's activity.