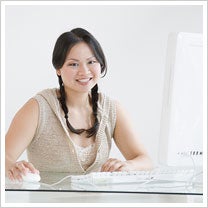 About a month ago, I started a website (www.fakebookcovers.com) of fake book covers with fake excerpts. It's half-inane hobby and half-business project. I'm learning about online marketing strategies, how to drive traffic, how to make revenue from ads and overall, how to make it succeed. Plus, it's more fun than shooting womp rats in my T-16 back home. I first wrote about it here.

Anyway, my agent/guide, Kim Orr, recently told me that Twitter had replaced blogs. Or so Wired Magazine had told her.

"Twitter," for those who still think the word is slang or slur, is the microblogging community and social phenomenon that is essentially the constant status updates as a website and social networking tool. Twitter is "a free social messaging utility for staying connected in real-time," according to...Twitter
In basic terms, Twitter.com is a network of constant updates of what you and your "friends" are doing and it works really well for those with iPhones.
Thinking that there may be some good opportunity to build "readership," I started a Twitter account.
My username is "FakeBookCovers."
However, I have since been scratching my head, attempting to use Twitter in my favor as a businessman, not just a person with too much free time.
To learn how I could use the "insta-tool" for networking, I read more than a few blogs and articles on how Twitter can help a business. What I ultimately gathered was that Twitter, at least for right now, can best be used as a networking tool for a business within itself, as the website works flawlessly as a constantly updated network for friends.
"Your co-workers can use it for travel updates. If you're running late, if you have an urgent message, a piece of news. Really anything that you might need to communicate," read this article by Tris Hussey of pimpyourwork.com. "Because Twitter is a distributed communication system, you can send a tweet from your cell phone via SMS and your followers get it (via the web, IM or SMS as per their choice)."
The core reasons I found to use Twitter for business were if you're in the business of constant updates or would like strengthen customer relations and/or present a more approachable and down-to-earth CEO. But you have to play your cards right for these ones. I mean, it's not difficult, but it can become tedious.
The latter may be the easiest way to really utilize Twitter: by being yourself. A personable entrepreneur or CEO can be the face of the company instead of the product.
CEOs remain a faceless entity unless mentioned or proven otherwise. I think, as a kid, I imagined all CEOs to live in fantastical mysterious lairs, like James Bond villains.
I mean, sure, then you talk to an entrepreneur and the story can become spectacular. It can turn into something like, "Well, I was just a mother working at an insurance company and one morning, I realized that I had left my kid on the roof with the house on fire and that's when I thought, you know, I should invent a robot."
The thing is, no matter how much an entrepreneur talks good percentages and numbers, I'll usually quietly prefer the entrepreneur who listens to Bruce Springsteen and knows what the open road feels like.
I don't like the idea of a stuffy businessman, one that doesn't understand his or her own customers, one that seems distant. I don't want a suit running a small business. I want the everyman who saw a market, sought a product and worked his hands dry to the bone.
I like to see a picture or a funny anecdote on the "About Us" page of a company website. I want something that doesn't seem robotic and flat. You don't have to impress me. You just have to let me know that there are actual people behind a company, not a nameless brand.
So, Twitter can offer a better (or maybe clearer) perception of an entrepreneur, or at least a more human one. Even something like "PatCEO just saw the newest Watchmen trailer and thinks it looks glorious, even though Billy Crudup's voice doesn't sound like what Dr. Manhattan should" at least lets me know that the entrepreneur has an interest and opinion outside of his or her own business.
Sure, it's something small, it's something senseless, it's something about nothing (then again, so was Seinfeld) but just that bit of information has me finding the entrepreneur to be more of a person.
If not working for the benefit of the entrepreneur, the method of constant updates works well for the entrepreneur's customers, if a company offers something interactive.
In this article, Brian P. Watson of CIO Insight, observes the possibilities of good updates, writing, "Twitterlike services to instantly notify customers of a hacker attack or data loss where sensitive information could have been revealed, and so on."
However, it should be acknowledged that Twitter only really works exceptionally well with a business that's already relatively established. It'll strengthen customer relations with the company. And though it works well for those already interested, Twitter can contribute to word-of-mouth, which can be a marketing tool if others are posting tweets (Twitter posts) about your company.
If you want/can, Twitter can be like a one-sentence company newsletter that's sent out frequently without a regularly frequency.
As for fakebookcovers.com and me, Twitter will work well for those already interested in my website. When I post a new book cover and excerpt, I can just post the update and it will go directly to those following FakeBookCovers on Twitter.
And since it's not a full social networking site like MySpace or Facebook, Twitter only really works if you actually have something to offer (whether its updates or personality). It won't keep itself as a casual, informal, fun, makeshift website, like MySpace and Facebook.
So, if you've got something, let everyone know. On Twitter.