By Carol Tice
December 8, 2009
Opinions expressed by Entrepreneur contributors are their own. 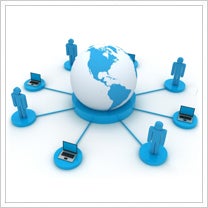 I usually let Mikal Belicove handle the social-media analysis around here, since he's the expert. But at the moment he's busy on a book...and this week the interesting new free social-media tools were just raining down. So Wednesday Web Resources presents: A reputation-management tool by Marchex, the return of free online business listings at Citysearch, Google's latest local angle, and Microsoft's new online encyclopedia of people.

Monitoring what people are saying about your company online is a pain. And yet we must try. The problem: Google Alerts only catch so much, and many other reputation-management tools cost money.

But wait! Local-search and online ad hub Marchex in Seattle has developed a reputation management tool that claims to capture "every blurb, blog, comment, critique and glowing review" from over 8,000 sources. It's currently free in beta, so give it a whirl if you're curious. I'd tell you how it works, but when I registered at Marchex Reputation Management last night it informed me it would take 72 hours to confirm my registration. Kinda slow for the internet, I'd say.
So, on to Google Sidewicki, a new Google tool that allows anyone to comment on anyone else's Web page. So much for controlling the conversation on your site by not providing a comments feature on your blog. Google says you can "publish helpful information, read insights in context, and share Sidewicki entries" through social media sites such as Twitter and Facebook and, well, Google.
Sidewicki is a free download right now, so if you've been dying to say something about somebody's Web site, here's your chance. WWR advises caution though, as snarky comments on your competitors' websites will likely be repaid with snarky comments on your own.
Does Sidewicki add anything new beyond what bookmark sites such as Digg and StumbleUpon offer? Some say no. But SmartBlog's Rob Birgfeld says "It has the potential to be a game changer." Jeff Jarvis of BuzzMachine thinks the tool threatens Google's reputation for neutrality and goodness. "I see danger," he writes. So you might want to play with this one now -- we'll see how long it lasts.
(If you thought I was going to mention Google's new Favorite Places program here...well, I think it's overexposed. Plus, if you're not one of the most popular 100,000 businesses on Google or chosen by one of their 'experts' for inclusion, there's nothing you can do to get into this club, short of stealing one of their "We're a Favorite Place on Google" bar-code stickers from a nearby retailer's shop window. So we move on.)
Next, I was alerted by Small Business Search Marketing that Citysearch has made good on a promise to restore its free business listings, which disappeared last July. So head right over and get one if you aren't listed there--great free exposure for your business to anyone using their engine to search for goods and services. I did it, and was thrilled to see there's just one other Seattle freelance writer on the engine. Ka-ching!
Finally, CNet's Ina Fried reports Microsoft is experimenting with a new ZoomInfo-like Internet information compiler, only just for people, not companies. Called EntityCube, the tool is now available for you to poke about on. Since I have more than 1,000 articles floating around the Internet, I was fascinated to see what they'd have on me.
From what I saw, it's still got some bugs to work out. It found my picture from my website just fine and my Twitter address, but of the three top links it put in my bio, two are about some doctor named Tice, and one is a four-year-old article I wrote when Amazon.com turned 10....probably written several hundred more articles since then. All three "quotes" it came up with are the doctor's as well. But its Bing section gets me, with 10 different current links to pages of my site.
So far, there doesn't seem to be a tool for taking control and editing the profile...hopefully they'll be adding that soon. For now an inexact research tool, but maybe a way to gather intelligence on key players in your industry.