Tune in to the Social Channel 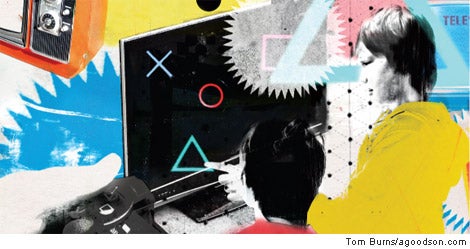 The TV is no longer an isolated lump of electronics that feeds you a passive stream of shows and DVDs. Internet-connected add-ons like gaming devices and Blu-ray players are opening up a whole new social dimension for TV sets. Microsoft's premium, online interactive Xbox Live Gold service has more than 10 million subscribers. Sony recently launched a social network accessible by PlayStation users. Blu-ray discs with interactive web features are already on the market. This is just the beginning, and entrepreneurs have a chance to help form the young TV/social networking industry.