Making Millions, 2 Bucks at a Time

The iPhone app has created a new kind of entrepreneur.
Next Article

Stay informed and join our daily newsletter now!
May 27, 2010 min read
Opinions expressed by Entrepreneur contributors are their own.

After just nine months, Apple announced recently that its iPhone app store had topped a billion downloads. The apps run the gamut from brilliantly utilitarian to blatantly absurd. But they all have one thing in common: Anyone with the right combination of tech savvy and business sense can make a killing creating them. Meet five entrepreneurs who are already on their way. 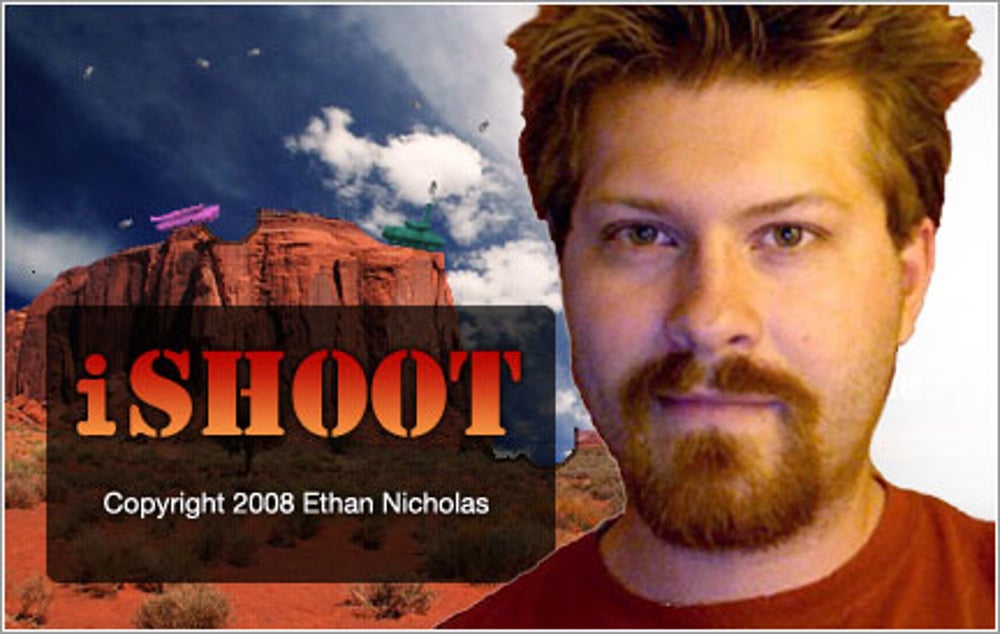 In the world of iPhone app developers, Ethan Nicholas is the bootstrapper. Nicholas, 30, was looking to make a few extra bucks to pay the bills when he decided to throw himself whole hog into creating the next must-have app. "I would wake up in the middle of the night," Nicholas says. "I'd work one-handed with a baby in my hand. I didn't have time to screw around for months working on it."

Six non-stop work weeks later, iShoot was born. The artillery-style shooter made $1,000 the first day, but sales declined steadily after that, sinking as low as just $50 a day. That's when Nicholas put out a free version of the game that worked exactly like the full version, but without a few of the sexier bells and whistles. It worked--sales doubled every day after the release of the free version, topping out at a single-day total of $37,000. Nicholas has since quit his day job and is fielding offers from potential partners as he continues to work on new apps. "The truth is I've had one game that was successful, and at this point I feel like it was luck," he says. "Everybody's treating me like I'm some sort of marketing genius." 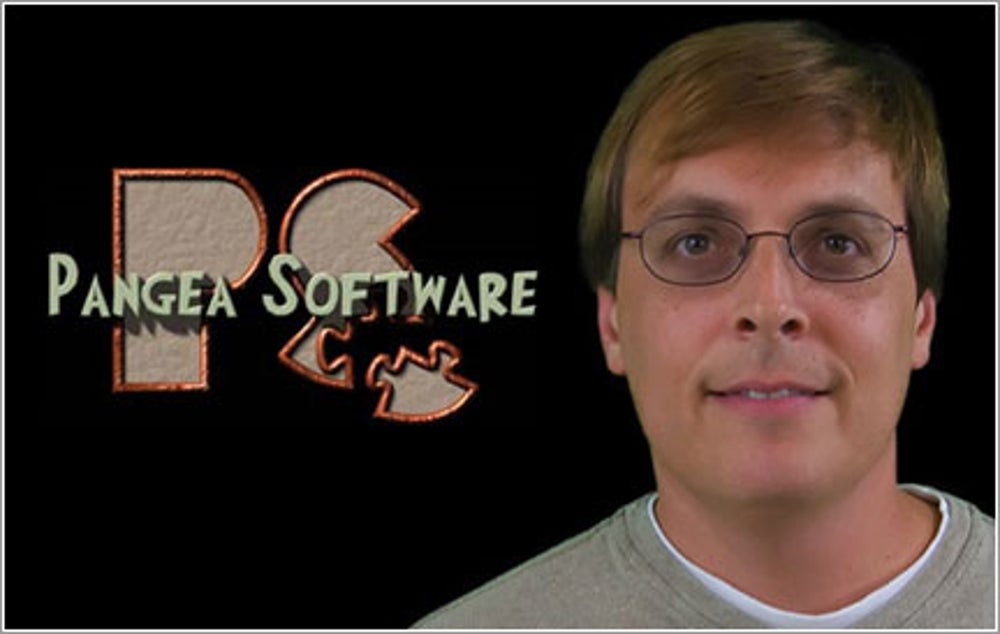 Brian Greenstone has been cranking out games for Apple since before cell phones existed, let alone the iPhone. He started Pangea Software as a student at the University of Texas in 1987, and after getting on Apple's radar in the mid-1990s, he quit his day job to run the company full time. After a few years developing more grownup applications, the iPhone brought Greenstone back to his gaming roots, and he created mobile versions of two of his most popular Mac games, Cro-Magnon Rally and Enigmo. The latter, a puzzle game, had sold more than 810,000 copies when Greenstone stopped counting a few months ago. He's also figured out the puzzle when it comes to being both a software developer and a business owner. He spends a few weeks making sure all Pangea's business affairs are in order, and then it's back to the virtual drawing board. "I don't know why more people don't work this way," Greenstone says. "It's much more economical to do things yourself rather than pay others to do it."

When Greenstone does decide to hire help, he pays his people in royalties, giving them a chunk of his profit in exchange for their services. It's a great way to keep costs low, but in a booming but unpredictable market, it's an even better way to mitigate risk. "Lots of apps flop, and it's pretty random which ones do what," he says. "So, if you're coming into this market cold, then be conservative and minimize your risk by keeping things simple at first." 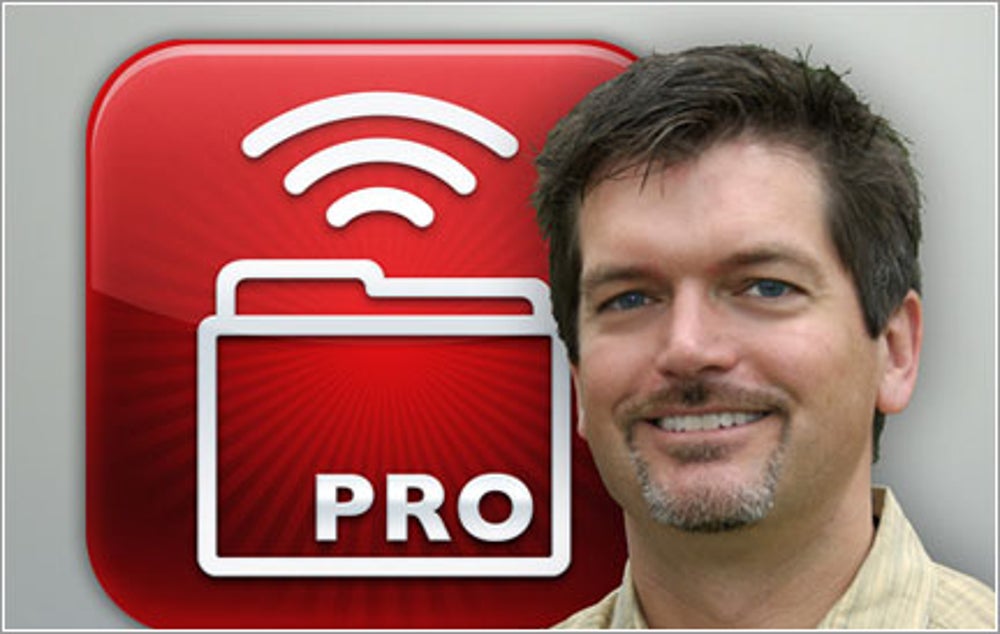 During his six years with an up-and-coming tech company called Apple, Dave Howell learned a few things about how to run a business. He also learned firsthand just how huge the iPhone was going to be for app developers, so he struck out on his own and started Avatron Software, a company dedicated to exactly that. "As far as the economy goes, we are lucky to be selling a product for $5 instead of $500," Howell says. "The iPhone platform is growing like crazy and we're very thrilled to be part of it."

Consumers are pretty thrilled, too. Howell's first app, Air Sharing, made $32,000 the first day and had topped a million users within the first two weeks. Howell invested more than half a million dollars into the development of Air Sharing, an app that turns the iPhone into a wireless hard drive and document viewer, and he's looking to turn Avatron into one of just a few real companies built entirely around iPhone app development. So far, so good--the company's already profitable. "We are growing fast, and are thumbing our noses at the brutal economy by actively recruiting iPhone developers," Howell says.ÿFD 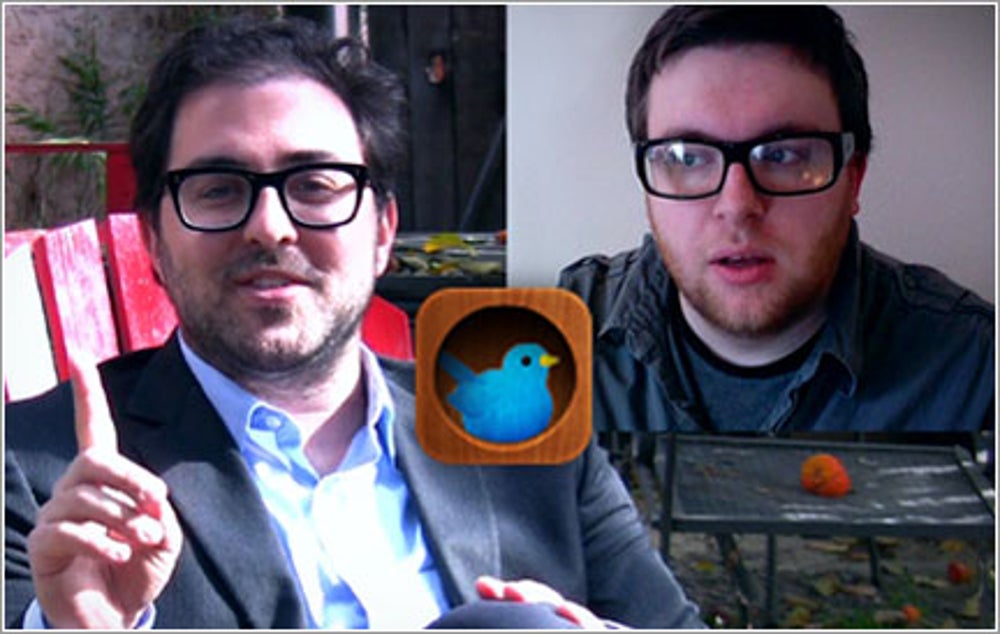 Combine the most popular mobile device in a decade with the most addictive social media platform in years, and you might just be on to something. That's what Cameron Hunt and Adam Lisagor did when they teamed up to create Birdhouse, a Twitter app for the iPhone that acts as a staging area for thoughts to be published later. "The beautiful thing about Twitter is that there's no right way to use it," Lisagor says. "So Cameron and I set out to make a tool that we needed, a tool to enhance the Twitter experience for people who use (or misuse) Twitter the way we do: as a forum for expressing ourselves within the constraint of 140 characters, with the intent of making every character count."

Hunt, 22, and Lisagor, 31, benefit from a very balanced partnership--Hunt takes care of the coding, and Lisagor evaluates for usability and design. And because they're marketing to Twitter users, they benefit even further from a built-in community of enthusiasts and supporters who write about how much they like the app--wait for it--on Twitter. "And the best part--where it comes full circle--is that they user our app for telling others about how much they love our app," Lisagor says. "It's actually quite poetic." 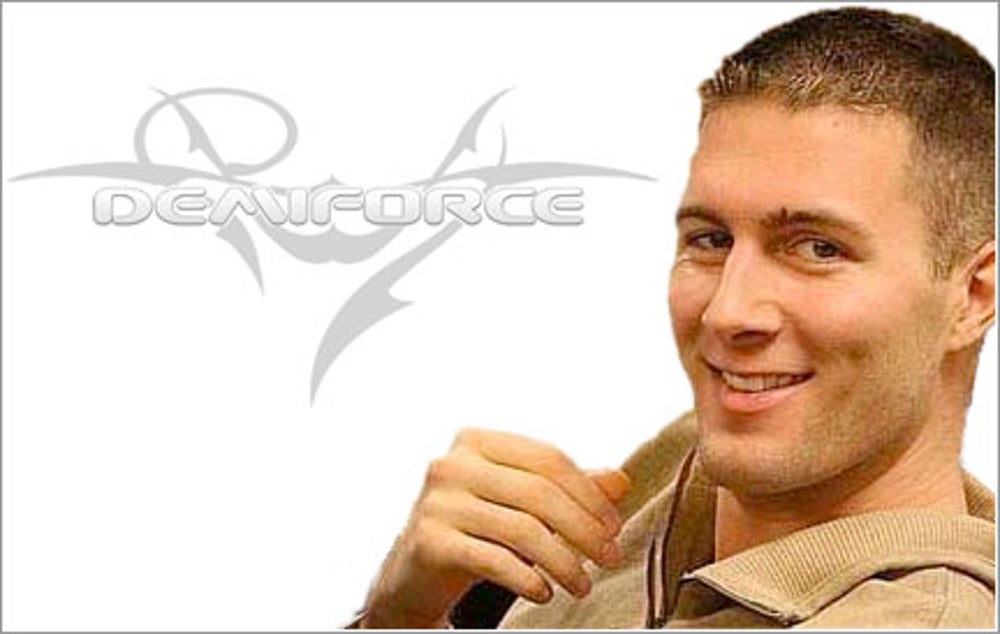 If you really think about it, Steve Demeter's new career isn't that much different from his old one--he went from writing software for ATMs to creating a game that has become his own personal cash machine. Demeter's puzzle game Trism is one of the original celebrities of the iPhone app world, having made $250,000 in its first two months of release. As Trism's handler, Demeter, 30, has to walk the line between promoting his business and improving it. "It's great being a spokesman--going on shows, speaking at conferences, all that," he says. "But every time I get a request to go on TV or whatnot, I have to make a decision about whether to do it or get some real work done that day."

Interestingly enough, Demeter's real work shares at least one goal with his promotional role--to get and keep people's attention quickly. "Look at it this way: Most people show up to work or school or whatever, and are eager to show their friends what cool new things they've got on their iPhone," he says. "Out of the 50 apps they may have on their iPhone, they may only get a chance to show five to their friends. If your app is one of those five, and it can prove its worth in 10 to 15 seconds, then you've got yourself a successful app."