From Board Room to Owner's Box

These entrepreneurs are living every sports fan's dream as owners of NFL franchises.
Next Article

Stay informed and join our daily newsletter now!
March 17, 2010 min read
Opinions expressed by Entrepreneur contributors are their own.

For some, the typical trappings of wealth and success--cars, houses, travel to exotic places at the drop of a hat--are more than enough. But for a select few, a Park Avenue penthouse can't compete with an NFL stadium. These 11 visionaries have invested their millions--or in some cases, billions--as owners of your favorite NFL teams.

Here are their stories. 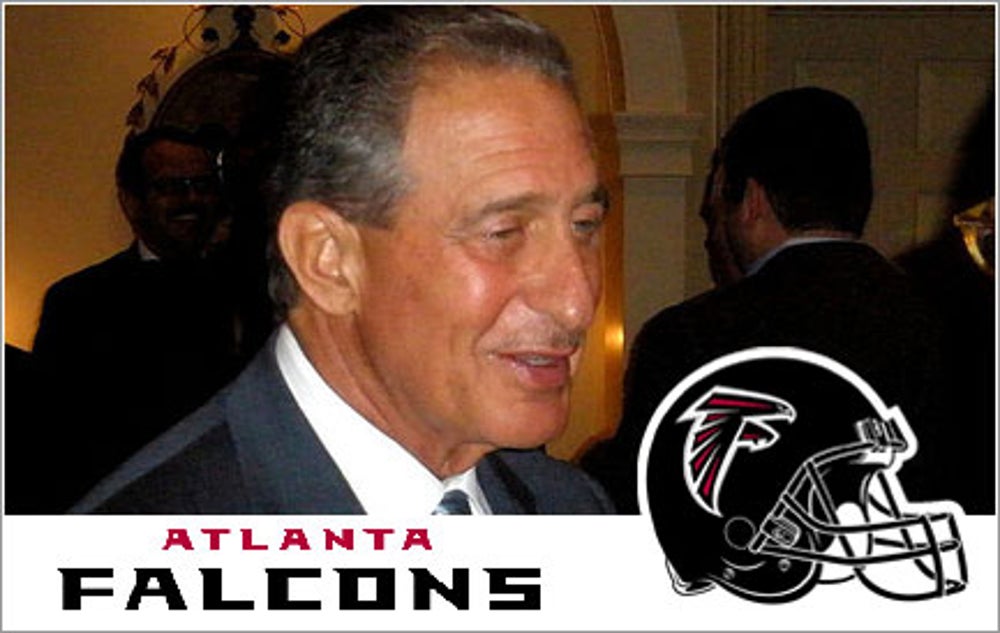 The tale of how Blank and partner Bernie Marcus created Home Depot ranks as one of the greatest entrepreneurial comeback stories of all time. Fired from a Southern California home-center chain, they struck out on their own with a discount model that became home-improvement empire Home Depot. Blank retired from the company in 2001 and bought the Falcons the following year. 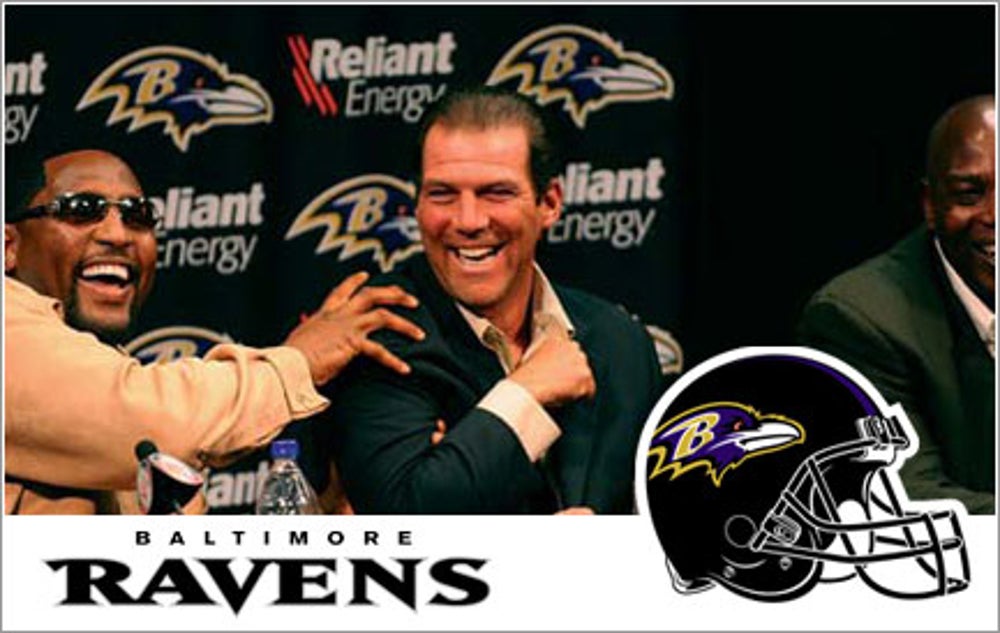 At 23, Bisciotti and his cousin Jim Davis started Aerotek, a staffing company in the aerospace and technology sectors. Running the company out of a basement office with secondhand equipment, Bisciotti and Davis produced $1.5 million in sales in the first year. Aerotek grew into the Allegis Group, which is now the largest privately held staffing firm in the United States and sixth-largest in the world. 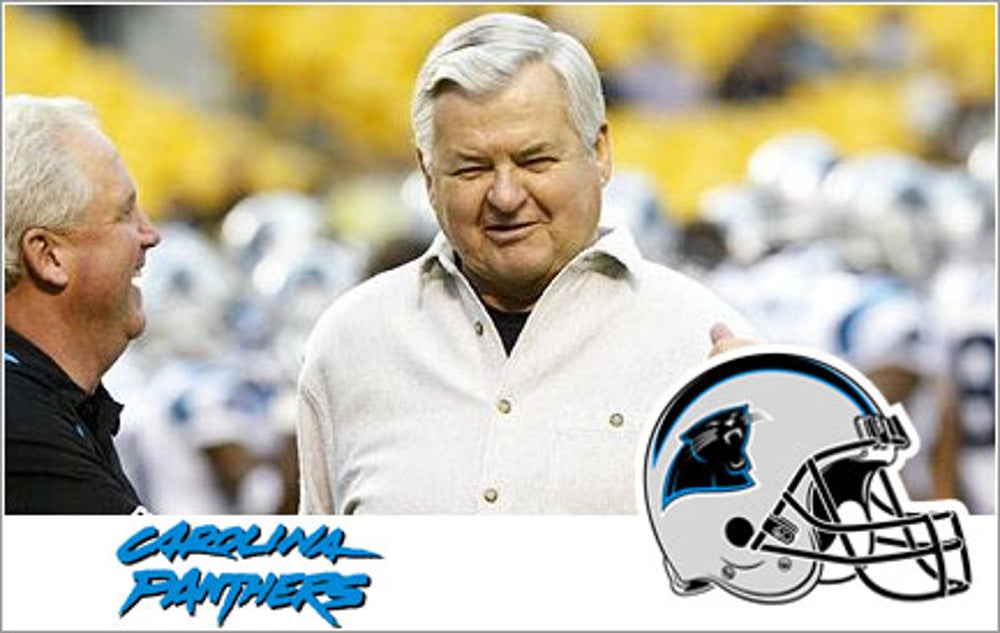 Richardson only scored four touchdowns as an NFL player, but one of them won the 1959 NFL championship and netted him a $3,500 check. He turned that check into Spartan Foods and a fortune in the food service industry. In 1993, he used that fortune to live his lifelong dream of becoming an NFL owner when the league's other owners voted unanimously to bring an expansion franchise to Charlotte. 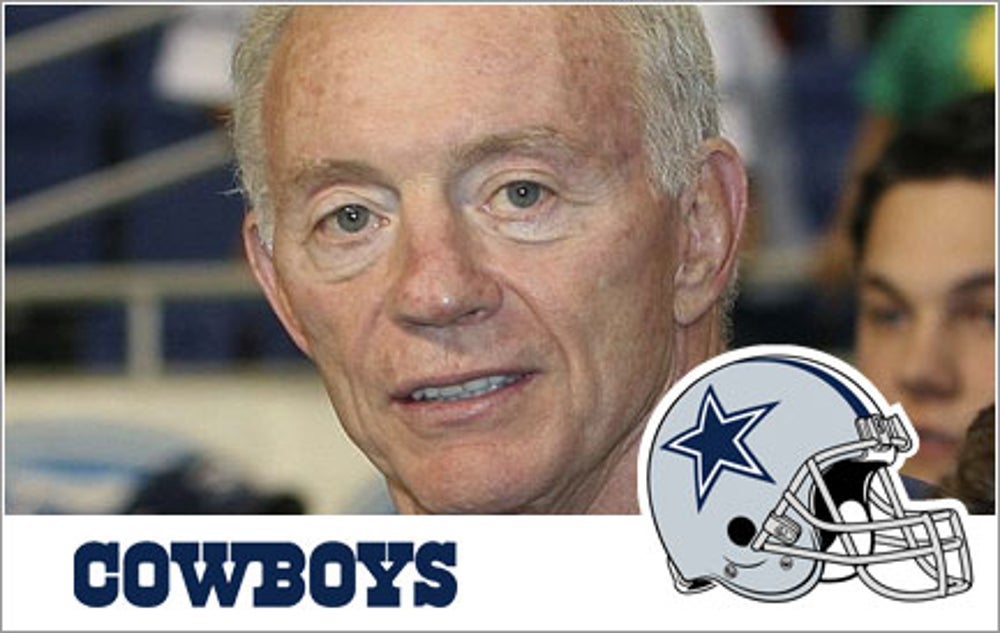 Like any good Texas entreprenur, Jones made his fortune in oil, but only after several failures, including passing up the chance to become the owner of the San Diego Chargers. He bought the Cowboys in 1989 and has run the team in the true spirit of an entreprenur, personally involving himself in many of the club's day-to-day operations. The team returned to glory shortly after Jones took over, winning three Super Bowls on its way to becoming the most successful team of the 1990s. 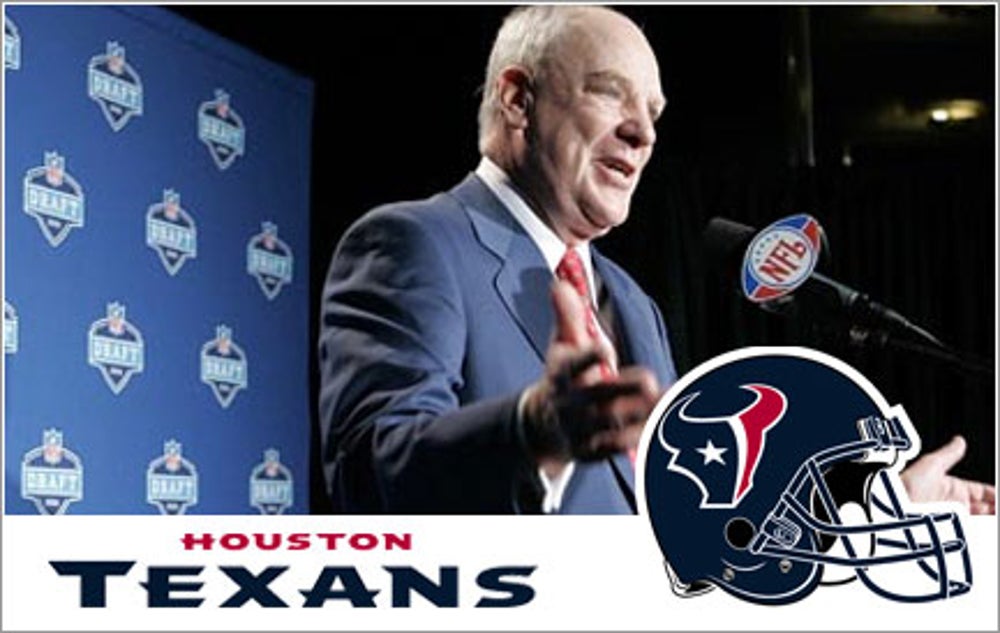 McNair came to Houston in 1960 and formed Cogen Technologies. He sold the company to Enron in 1999, but still maintains power plants in New York and West Virginia as well as his own financial, real estate and private investment firms. Determined to bring the NFL back to Houston, he formed Houston NFL Holdings in 1998 and was awarded a franchise a year later. The Texans made their NFL debut in 2002. 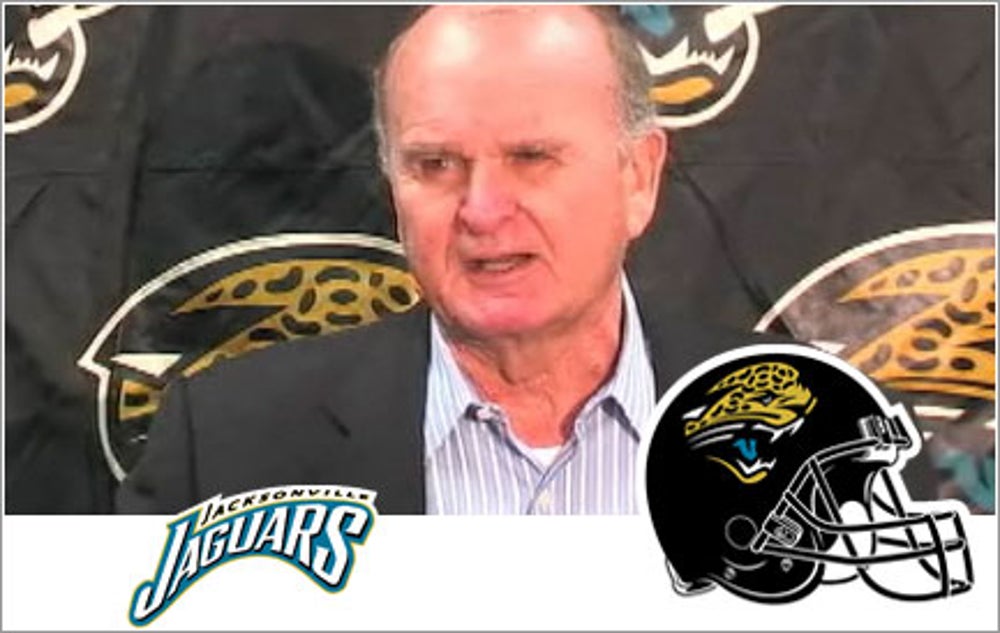 After working his way up the corporate ladder with a St. Louis clothing company, Weaver struck out on his own in 1978 to start his own shoe company. That company became Shoe Carnival and Nine West, the sale of which in 1999 translated to millions for Weaver. In 1991, Weaver headed up Jacksonville's bid to become one of the first two new NFL franchises since 1976. the city was considered a dark horse, but was awarded a franchise and began play in 1995. 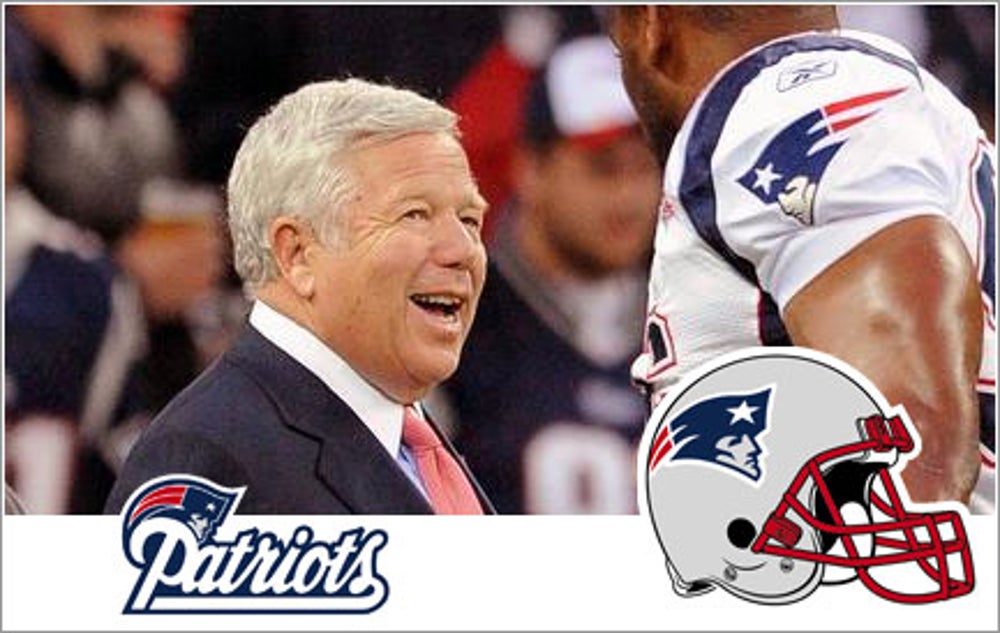 After making millions in the paper and packaging industries, Kraft lived the dream of every sports fan: He bought his favorite team and made it a winner.It was the culmination of a journey that started in 1985 when Kraft bought an option on the parcel of land that contained the stadium where the Patriots play. Nine years later, Kraft prevented the team from moving out of town by buying it outright for a then-record $175 million even though it was one of the leagues least-valuable franchises. It has since become one of its most successful, winning three Super Bowls. 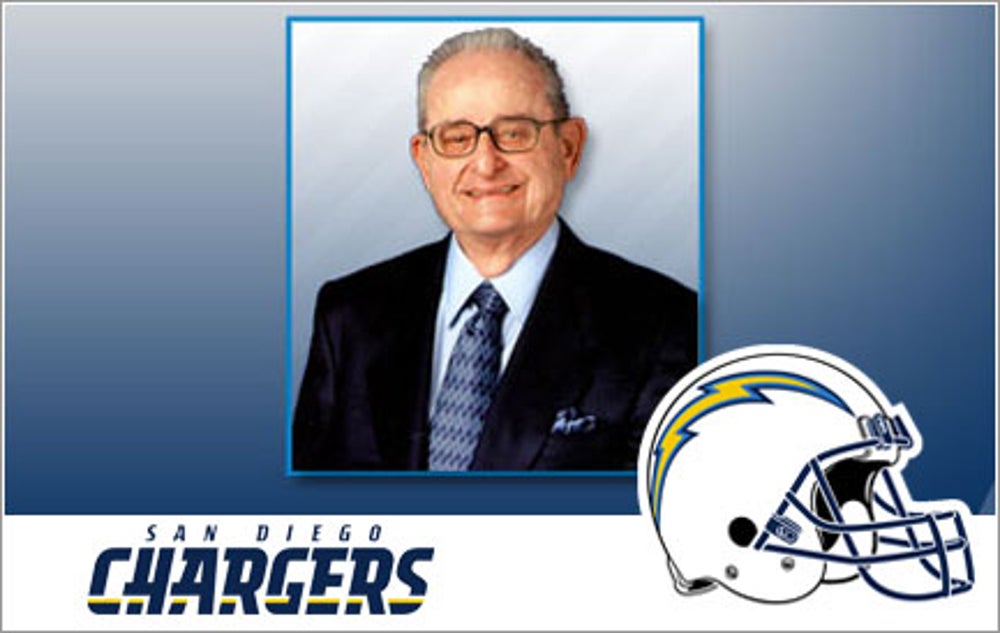 Spanos is a true rags-to-riches story, an immigrant who had nothing at 27 and become a billionaire in the real-estate development business. A.G. Spanos Companies is now one of the world's largest construction companies. Spanos bought 60 percent of the Chargers in 1984 and bought out other smaller investors over the next 10 years. He's also an accomplished amateur golfer, a pilot and a close friend of Bob Hope, for whom he named a theater in his home town of Stockton, Calif. 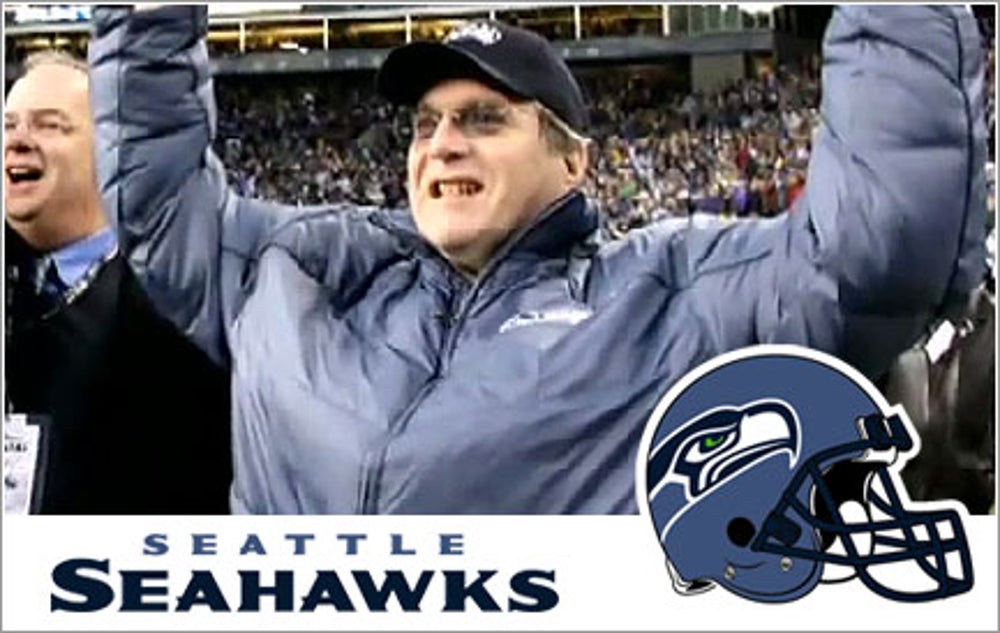 Bill Gates might get most of the headlines, but Paul Allen's having most of the billionaire fun. In 1997, amid rumors that the team's former owner was trying to move it to Southern California, Allen bought the Seahawks outright. He's also the owner of the NBA's Portland Trailblazers and the Seattle Sounders FC of Major League Soccer. 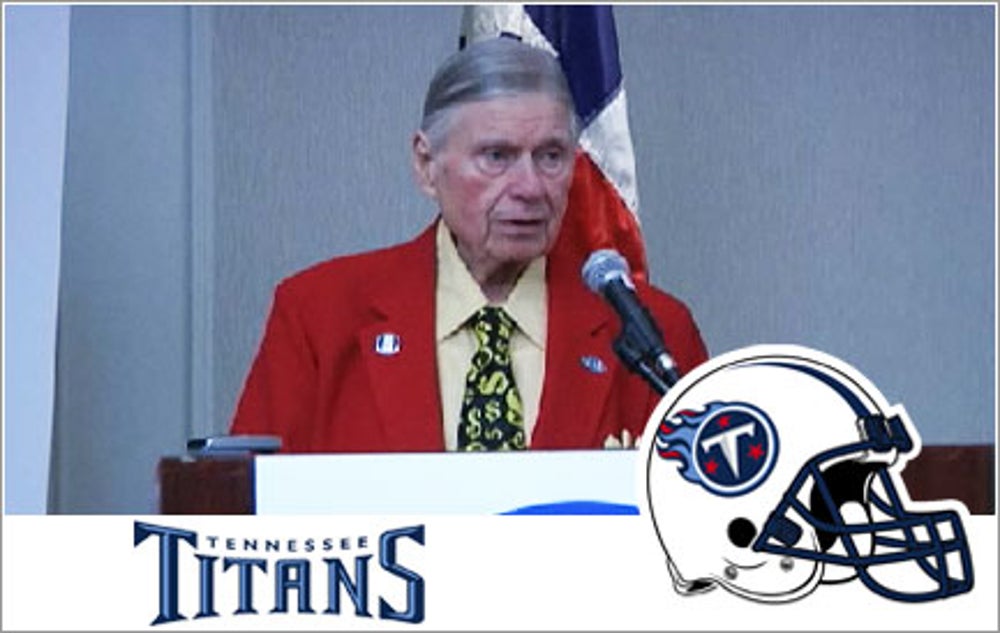 Like Jones, Adams made his fortune in the oil business, settling in Houston after a foggy night grounded his outbound flight. But his truly entrepreneurial contributions are to the game itself as one of the founders of the American Football League in 1959. His Houston Oilers were one of the original franchises of the league, which eventually merged with the NFL. In 1998, the team moved to Nashville and became known as the Tennessee Titans. 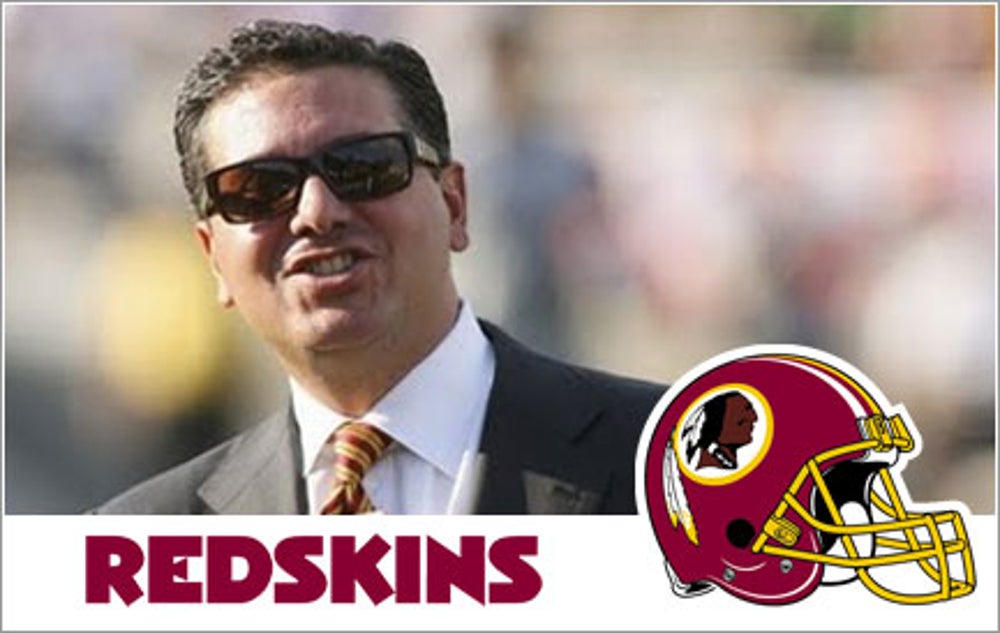 Snyder's entrepreneurial pursuits are the stuff of legend. He dropped out of college at 20 to start his own business, and by 32, he had become the youngest CEO to have his company listed on the New York Stock Exchange. Snyder Communuications was eventually sold for about $300 million. Snyder bought the Redskins and their stadium in 1999 for $800 million, and has since turned the team into one of the NFL's highest-grossing franchises.
More from Entrepreneur