The Princeton Review evaluates the best entrepreneurship programs in the U.S. in its annual ranking. Here's a look at the top 10 graduate programs.
Next Article

Stay informed and join our daily newsletter now!
September 20, 2010 min read
Opinions expressed by Entrepreneur contributors are their own.

Our annual Princeton Review report on business schools offers a ranking of the top entrepreneurship programs in the country. Our roster is based on a survey of more than 2,000 institutions, encompassing academics and requirements, students and faculty, and other outside-the-classroom learning opportunities, including partnerships, clubs, competitions and other activities. 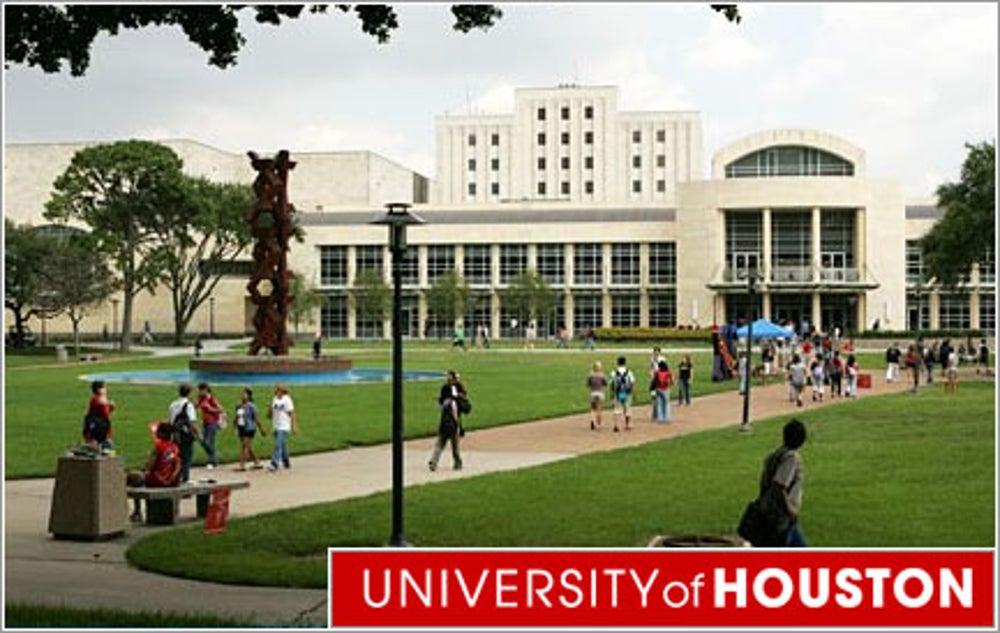 The University of Houston, mostly a commuter school, is known for its ethnic diversity. Its location in the metropolis makes for plenty to do outside class. Students report an abundance of good food, clubs, theaters, museums, and bars. It's noted for its hotel and restaurant management programs. Football is big at UH, as is Greek life. Says one student about his classmates: "They're all quite friendly to people they do not even know and are open to conversation with strangers ... Random people offer to help you carry your books or find your way." 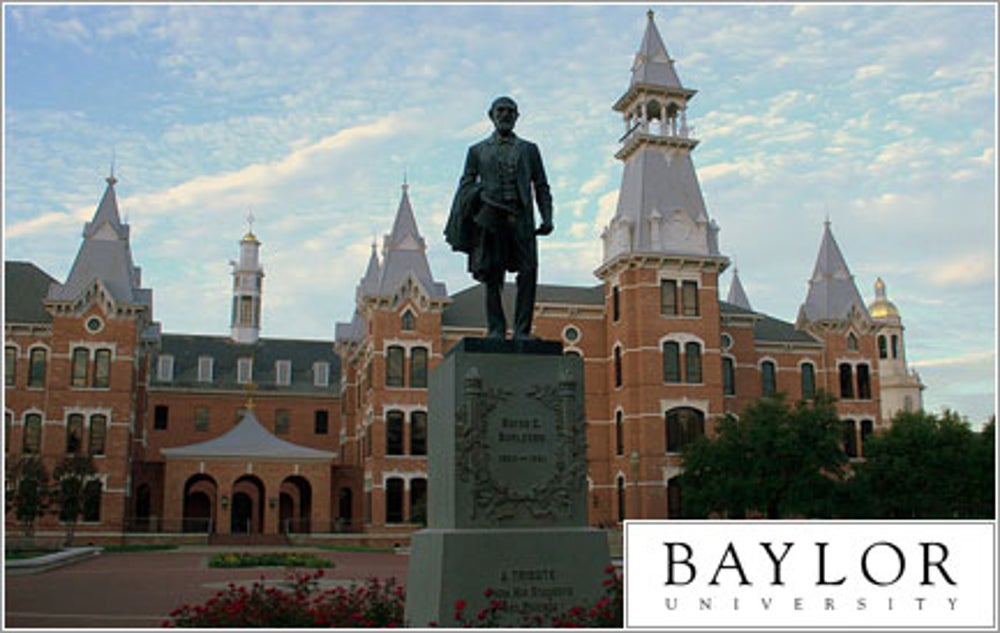 Students at Baylor University describe it as the largest Baptist school on the planet, "a wholesome Christian atmosphere where the professors seem to genuinely care about their students." Those seeking an off-campus night life might want to look elsewhere. Waco offers little to do at night and opposite-sex visitors aren't allowed in dorms after midnight. But the fraternity scene is big and the school has a reputation for partying. While the ethnic diversity isn't bad, gays or lesbians for the most part are under the radar. 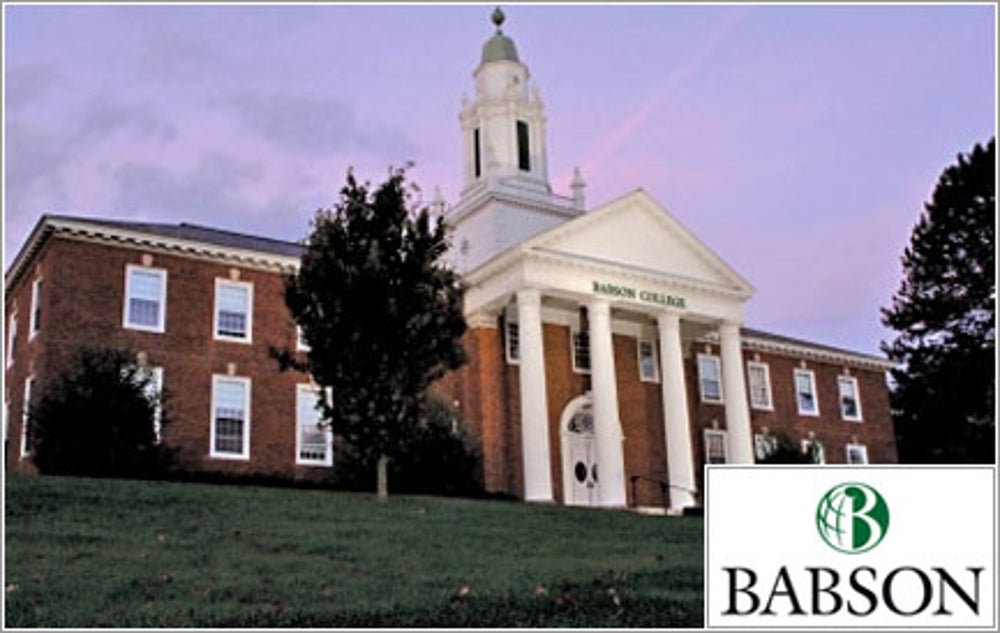 Babson has been among the top-ranked small business colleges in the U.S. It's known for its student-run clubs and charming New England setting. Still, it is just 14 miles outside of Boston, so big-city life isn't far away. The student body is a professional bunch, many are well-off, well-dressed and Republicans. Cliques include the international students, athletes, and Greeks. Many are thinking about the next great business idea or focused on their next internship or job. 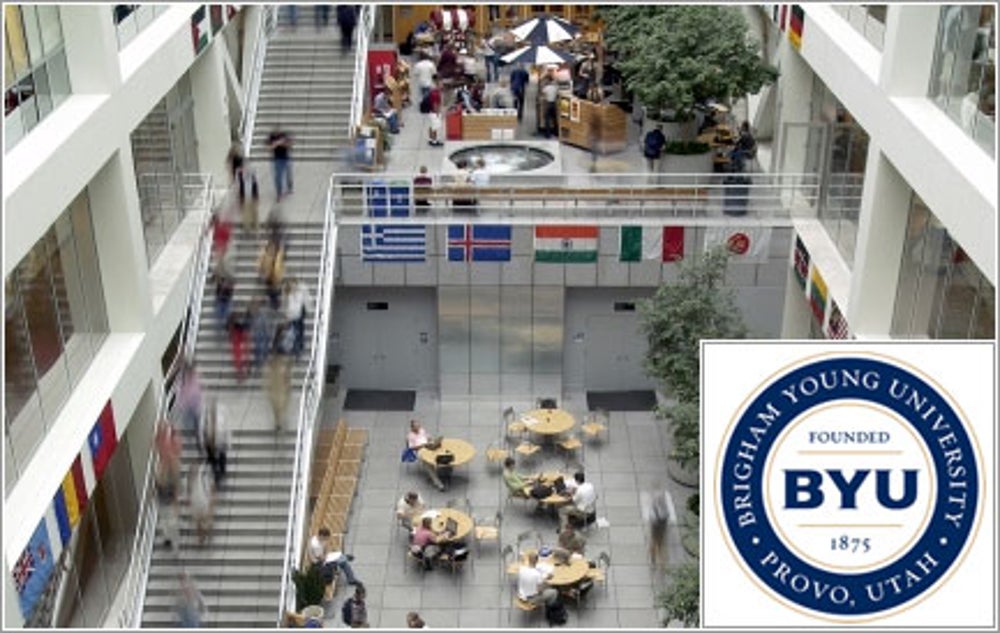 Brigham Young University is the academic epicenter of the Church of Jesus Christ of Latter Day Saints, also known as the Mormons. Many classes begin with an opening prayer. Alcohol is verboten, but intramural sports are big. The dating scene is an active one, with many students looking for someone to marry. Service is a major part of students' lives and a large number participate in international volunteer programs and go on missions. 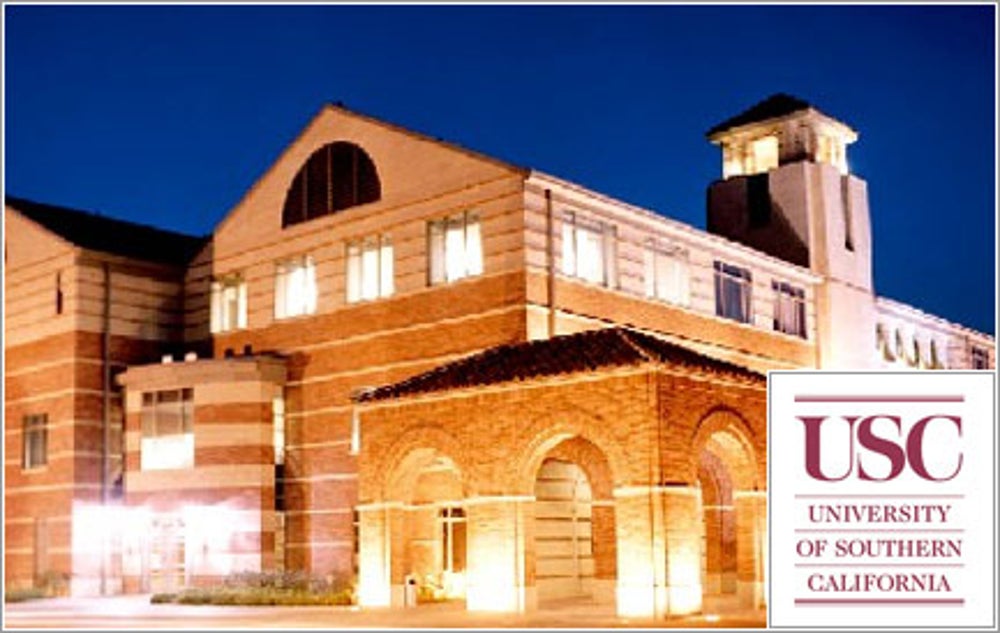 A big benefit of going to USC is its large alumni network, whose members love to hire other USC grads. Another perk is being part of the Los Angeles scene. The school is very diverse and near Hollywood clubs and plenty of downtown bars, art exhibits, concerts, and trendy restaurants. But you'll need a car and a stomach for traffic. Sports and fraternity life are big here. 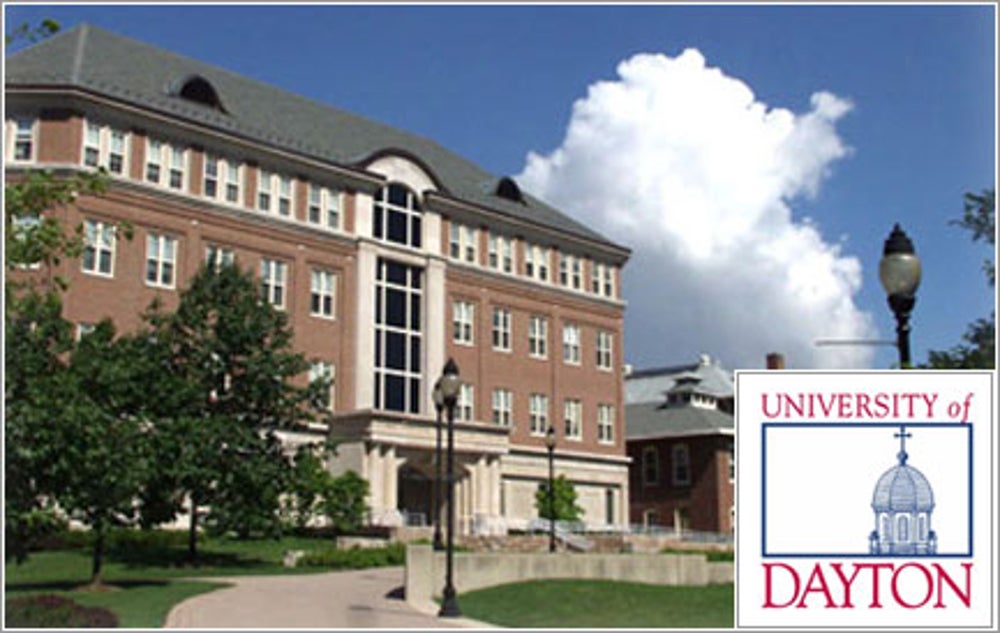 "Unpretentious" is how one student describes this midsize Catholic university. The business school includes the Davis Center for Portfolio Management, a student-run fund that invests more than $3 million of the university's endowment. The school is said to be small enough that you get to know people but big enough to always have new people to meet. 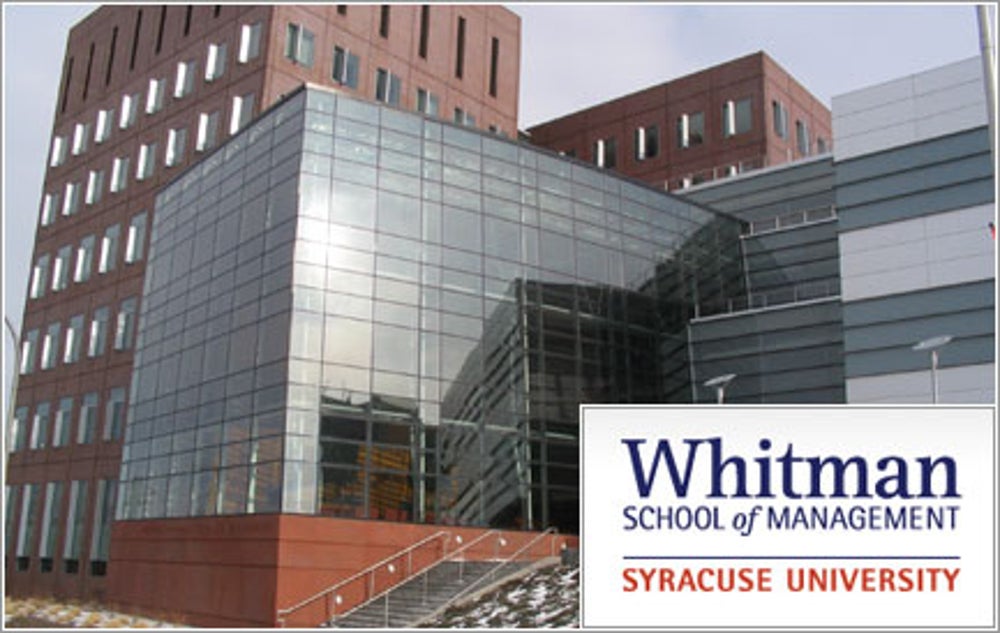 Business administration and management is one of the more popular majors at Syracuse. While the city itself doesn't have a lot to offer students, the campus has a full schedule of speakers, concerts, and cultural events. Sports and fraternity life are big here. But it's a diverse student body, with its share of "neo-hippies" and international students. If you hate cold weather, this school probably isn't for you. 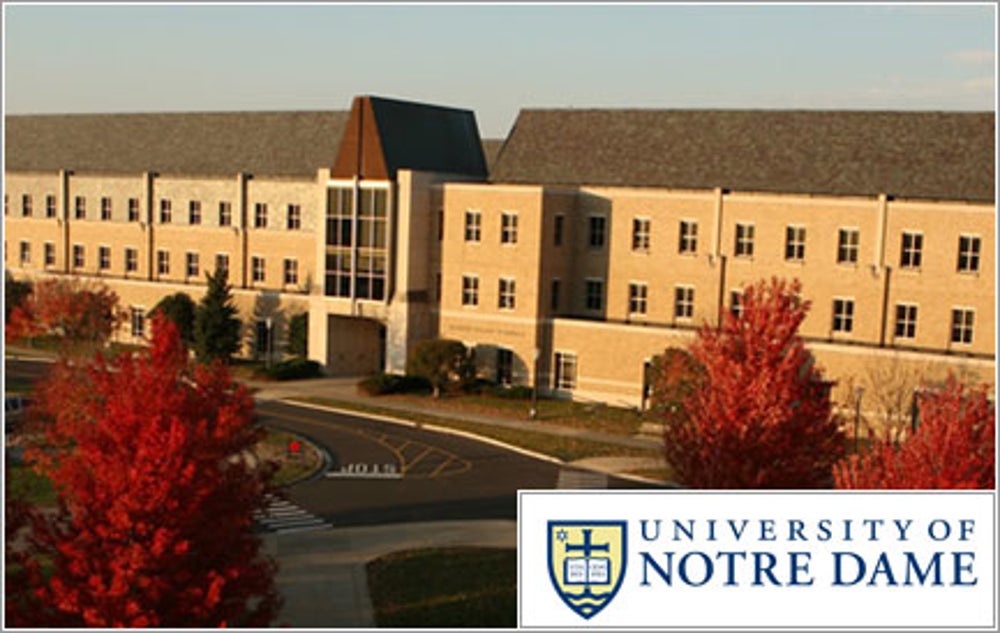 While not all students are Catholic, spirituality is part of many undergraduates' lives.This school is known for its athletic traditions, and intercollegiate sports are huge. These are folks who know how to have fun. While there are no frats or sororities, drinking is permitted in residence halls. The school gets kudos for being well run and the administration gets high marks. 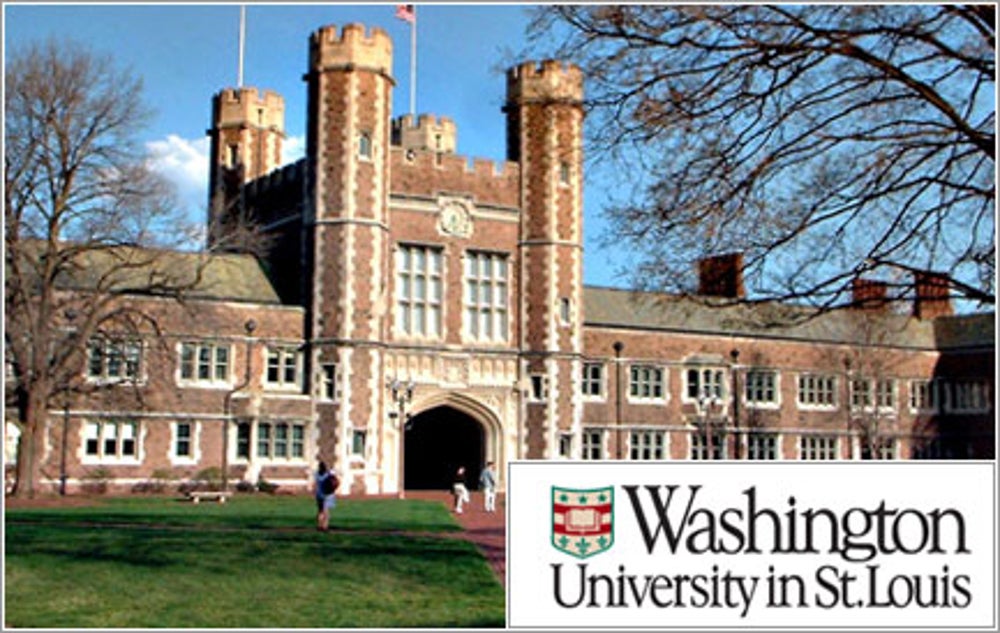 Finance is one of the more popular majors at this school. The campus is beautiful and has first-class facilities -- and great food. St. Louis has an active sports scene with baseball, football, and hockey, and the nearby neighborhood, "The Loop," offers an array of restaurants, boutiques, and bars. B-school partiers tend to over schedule themselves with clubs and activities. The student body has a heavy East Coast representation. 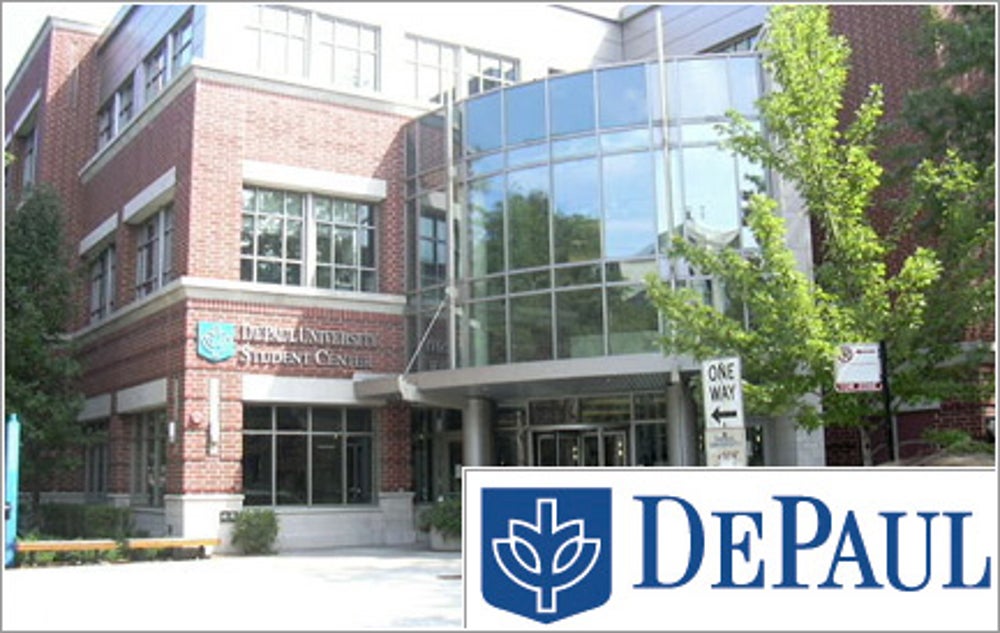 DePaul is known as a strong business program and one of its most popular majors is accounting. Business students are on the Loop campus, which is close to downtown Chicago. Shopping, bars, restaurants and all that Chicago has to offer are right there. The school operates on a quarterly academic calendar, and professors have good reputations as teachers and mentors.