"Always be selling!" That's wise advice from David Mamet in his popular play, Glengarry Glen Ross. As an entrepreneur, you must always be selling: your product, your business strategy, even yourself. And no one sells themselves better than great entertainers.

"When you're born with two distinct qualities like having charisma and the ability to think on your feet and learn quickly, as most popular entertainers are inherently gifted with, you can adapt quickly to situations and charm people into always believing in you," says Steven Le Vine, founder of grapevine pr, a Hollywood-based celebrity public relations firm. "Those two qualities, which entrepreneurs may not always have from the start, are like skeleton keys to handling any business situation."

We asked Le Vine about some top entertainers and lessons they can teach a budding entrepreneur. 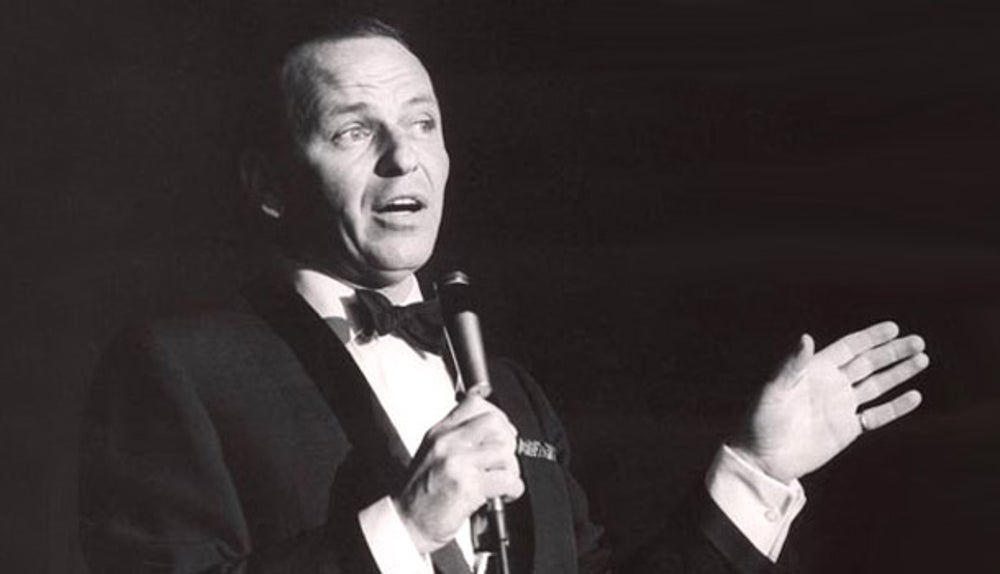 It's no secret that Sinatra is one of the most charismatic entertainers of all time,
but even "Ol' Blue Eyes" had the occasional off day on the big stage. When he did, he called upon the comic support of fellow Rat Pack members, Dean Martin, Sammy Davis Jr., and Peter Lawford. Sinatra understood the key to a great show is not only to perform well, but also to surround yourself with the cream of the crop for backup.

Business Lesson: Assemble top talent and even on your company's worst day, there always will be someone to pick up the slack. 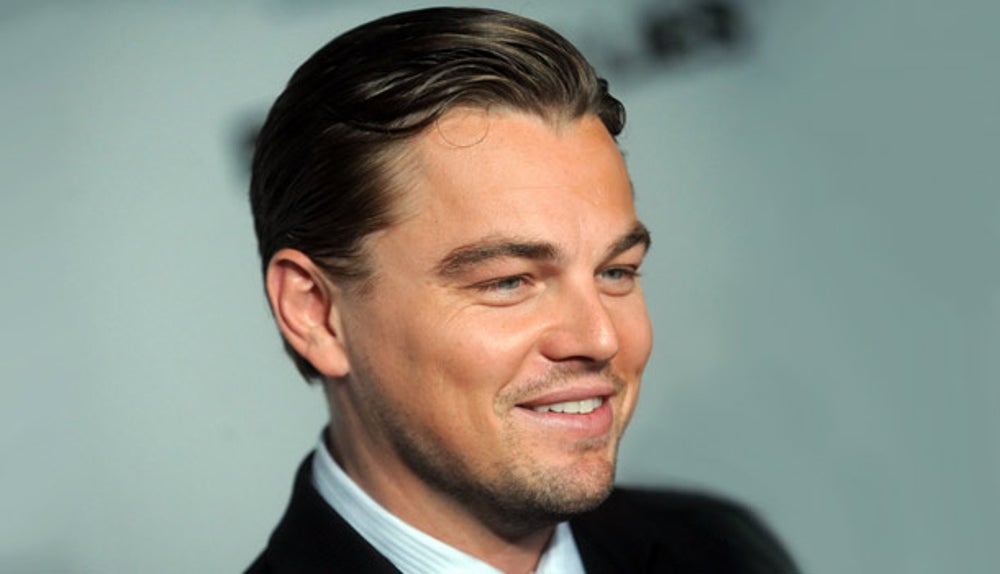 Yes he's wildly wealthy and yes he's a world-famous film star... but he also drives
a Prius. Why? The green movement means something to DiCaprio. His environmental work with political figures like Al Gore and his association with campaigns such as Red Carpet/Green Cars have helped raise awareness of global warming.

Business Lesson: Sell a product or service that not only generates revenue but also improves the planet, and you're likely to enjoy financial success and a positive corporate reputation. 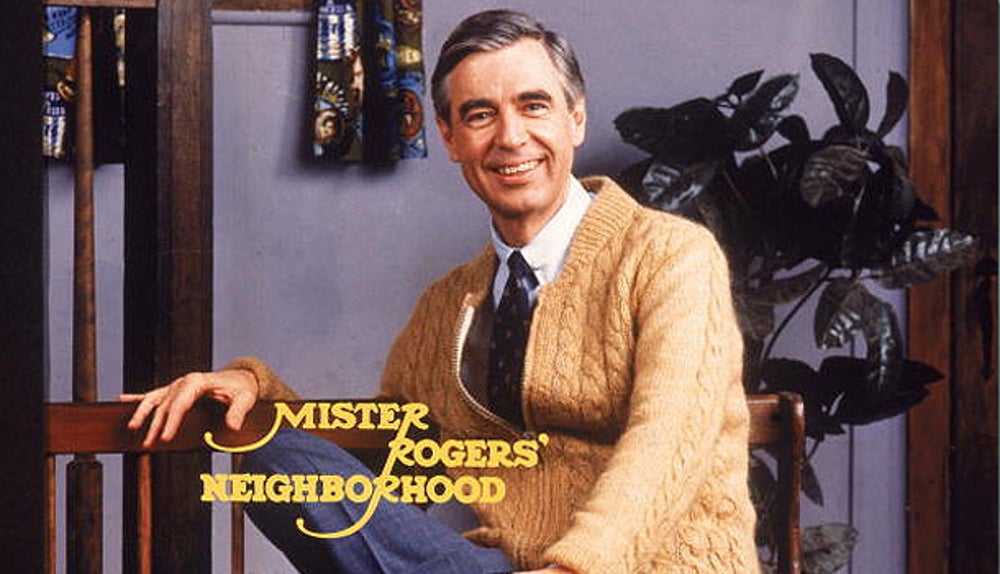 Everyone's favorite cardigan man, Mister Rogers knew one thing for sure: "Be friendly to the people around you and everyone will want to be your neighbor." He never talked down to his young television audience; he simply sought to educate them. Whether he was taking children to a land of make believe or just showing them how important the mailman is, Mister Rogers gave respect and received respect in return.

Business Lesson: Respect your team and the community in which your business resides, and the returns will be rewarding. Also, a little imagination never hurt anyone. 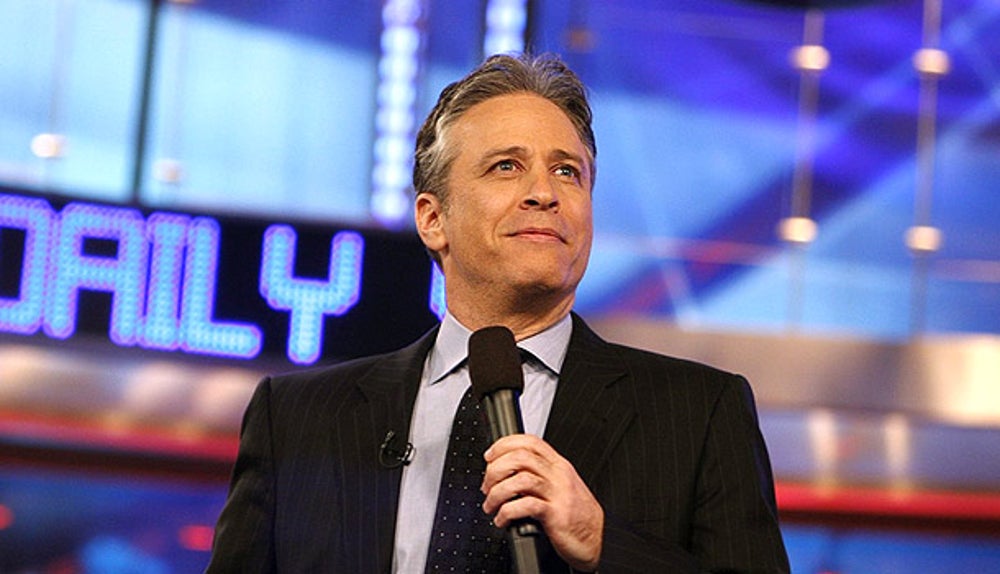 He has been making us laugh on The Daily Show for more than a decade on television, but Stewart's dry, spot-on observations aren't the only reason he's so popular. Stewart is a success because he backs up his jokes with cold hard facts. He has taken on conservative titans such as Bill O'Reilly and Tucker Carlson…and won. His job may be to poke fun, but Stewart takes his subject matter very seriously. Quite simply, he is the best because he knows the most.

Business Lesson: Educate yourself about your business and your competition. Know everything there is to know and you're less likely to be surprised down the road. And for goodness sakes, keep a sense of humor about it. 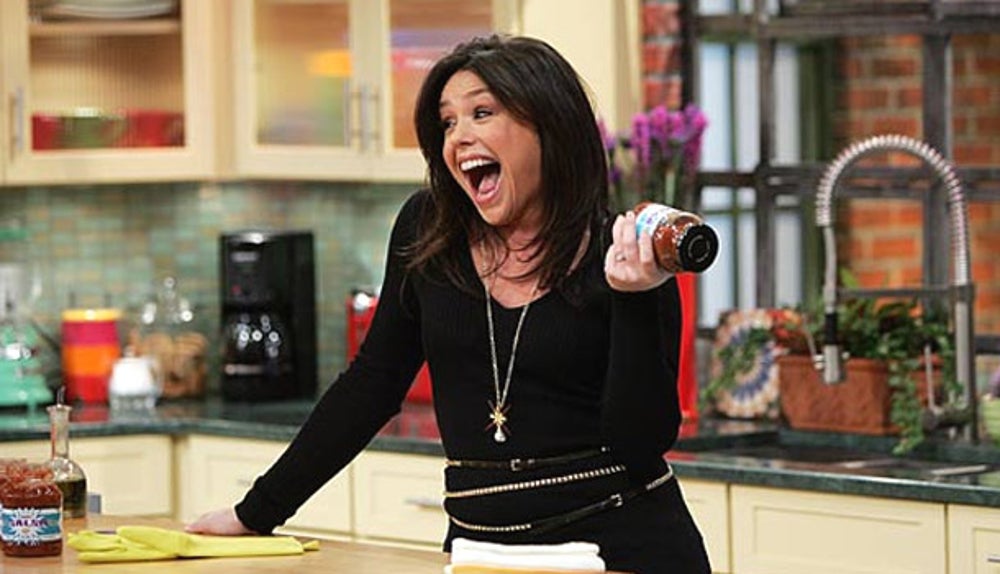 Need a mouth-watering, gourmet-grade paella in just 15 minutes? Ray is your gourmand. As a best-selling cookbook author and popular TV celebrity, Ray has been dazzling us with incredibly quick, affordable and tasty home recipes for years now. She cooks with top-quality ingredients and prepares them effectively and efficiently.

Business Lesson: Create a top-notch product with speed and efficiency, and your customers will be coming back for seconds. 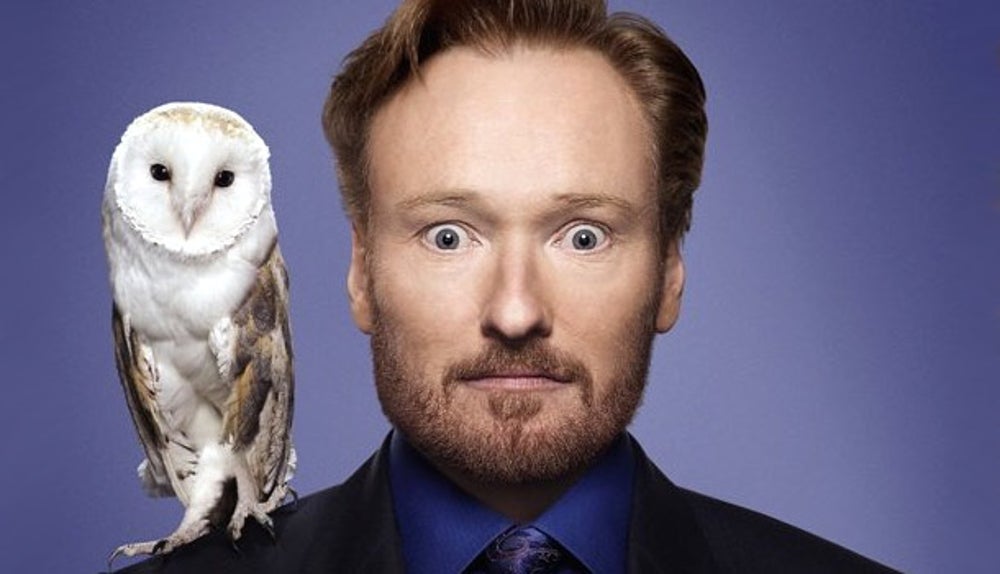 Everyone knows the story: O'Brien's Tonight Show ratings were low, and NBC wanted to reinstall Jay Leno in the 11:30 p.m. time slot, pushing O'Brien to the less desirable 12:30 a.m. spot. After much legal back and forth, NBC agreed to pay O'Brien for his full contract if he simply walked away. But he didn't leave without securing millions of dollars in severance for his cast and crew. O'Brien could have taken the money and run, but he cared enough about his coworkers and their contributions to take a stand.

Business Lesson: Value your staff and make it clear to them that you do. They will respond with loyalty and increased productivity. Also, if you know you're right, stick to your guns. 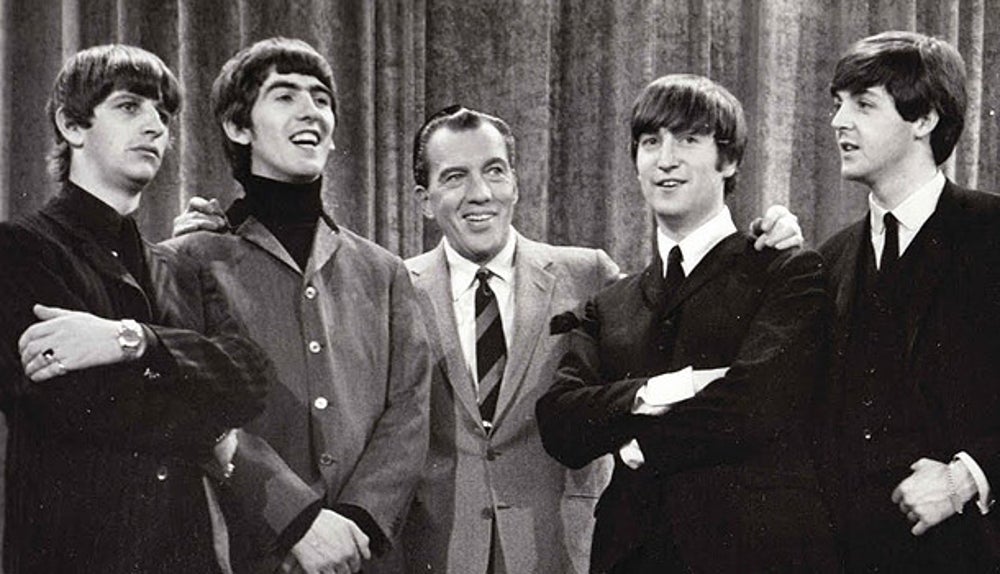 Ever hear of this little band from Liverpool? I believe they were called the Beatles. Well Ed Sullivan did, and in 1964, he introduced the mop-top quartet to America. Almost overnight, the Beatles became the biggest band in the world, thanks to the foresight of Sullivan and his bookers. Would the Beatles have exploded without the Ed Sullivan Show? Probably, but Sullivan certainly accelerated their rise to superstardom.

Business Lesson: Introduce an innovative product or service before the competition and your company might just go platinum. 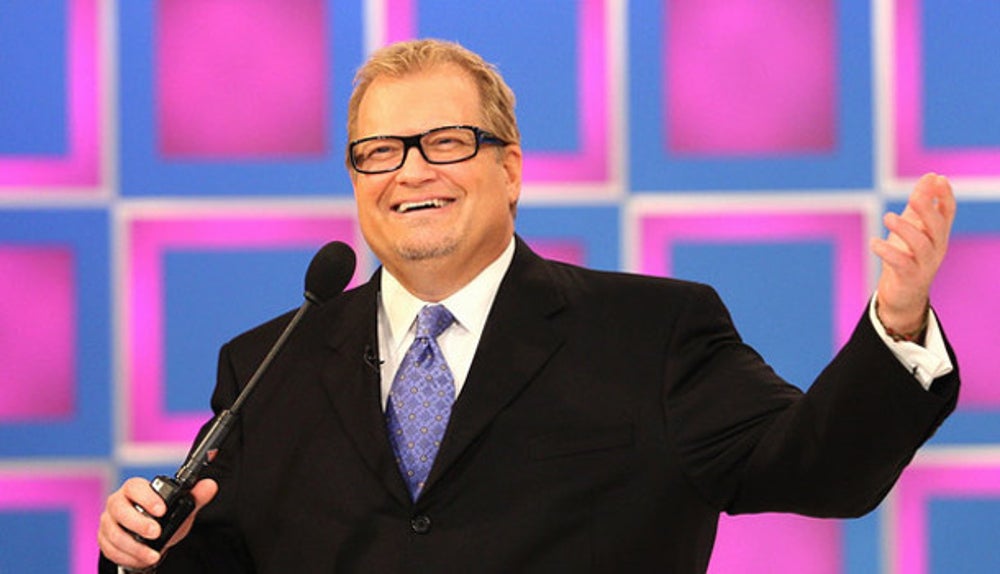 Edgy comedian, sitcom star, D.J., improv actor, game show host. Drew Carey has worn all of those hats and made us laugh all the while. The Price is Right host is a master of adaptation. When he tires of one role or believes he has lost momentum, he simply moves on to a new phase of his career.

Business Lesson: Always be ready to adapt. If your business is stalling, introduce a new product, enter a new market or develop a new customer base. Chameleons often make the best entrepreneurs. 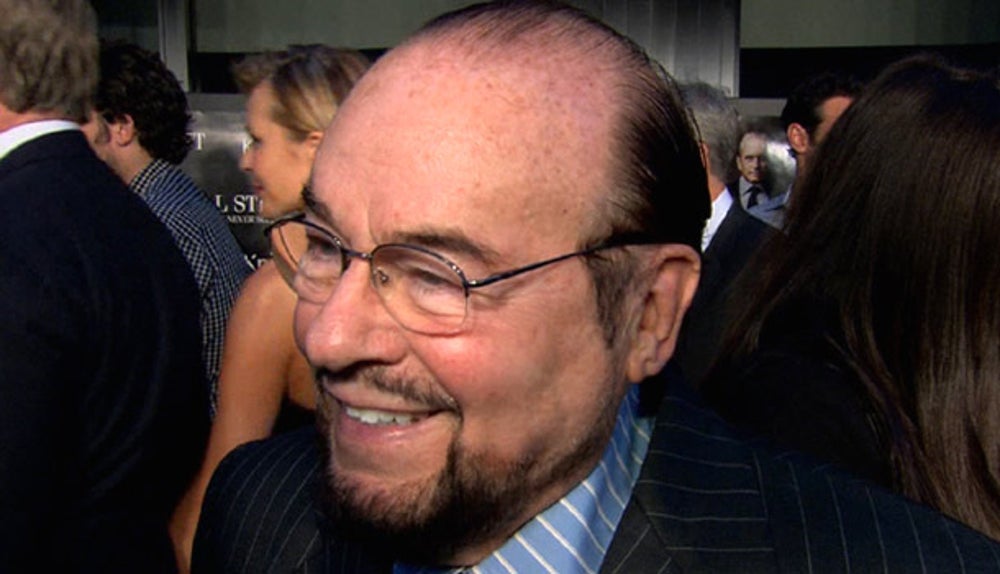 Lipton has chatted with the crème de la crème. It's the rare actor or filmmaker who has escaped his Inside the Actors Studio stage on the Bravo cable network. What does Lipton discuss with his guests? Tabloid gossip? Their upcoming film? Not a chance. Lipton discusses one thing and one thing only: the craft of acting. Why? Because he loves it. He has found his passion and used it to create one of the most special and enduring talk shows of all time.

Business Lesson: Launch a company you're deeply passionate about. If you follow your heart, your customers will follow theirs right to your cash register. 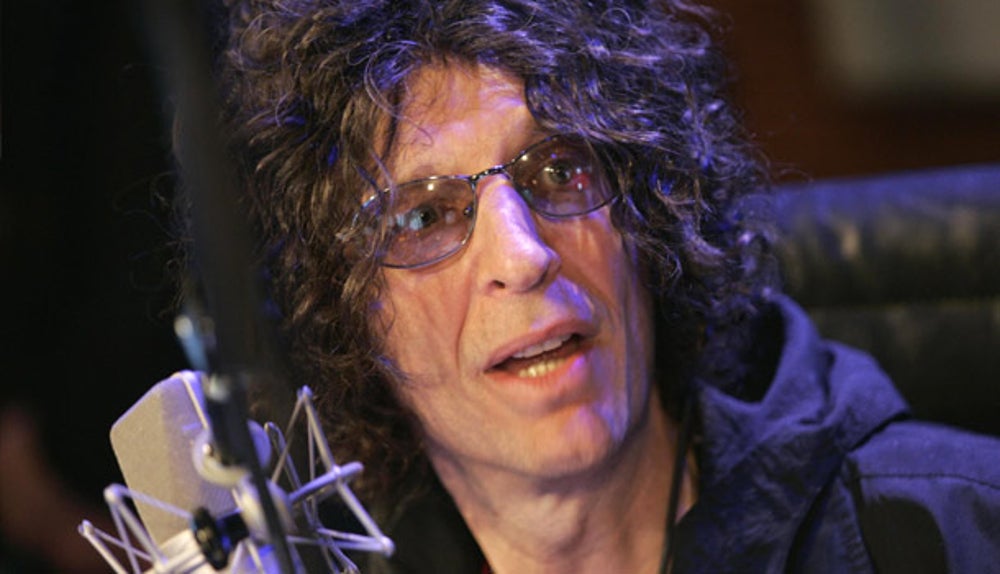 This radio shock jock might not be in the business of making you like him, but
he's undoubtedly in the business of attracting millions of fans and making millions of dollars. Although he can be offensive at times, he does something that's quite uncommon for an entertainer. He is unapologetically honest. If Stern thinks it, he broadcasts it. He doesn't care what you or his critics think. It's his show, and he will do it his way.

Business Lesson: Be a maverick. Don't be afraid to buck convention. Rebellion leads to innovation, which leads to dollars in the bank.