This year’s Franchise 500 list shows that Americans continue to seek out affordable products and services – an indication, no doubt, of a still-challenging economy. The Top 10 franchises earned their spot by listening to their customers and franchisees, and giving them what they want. Click through for an overview of the highlights. 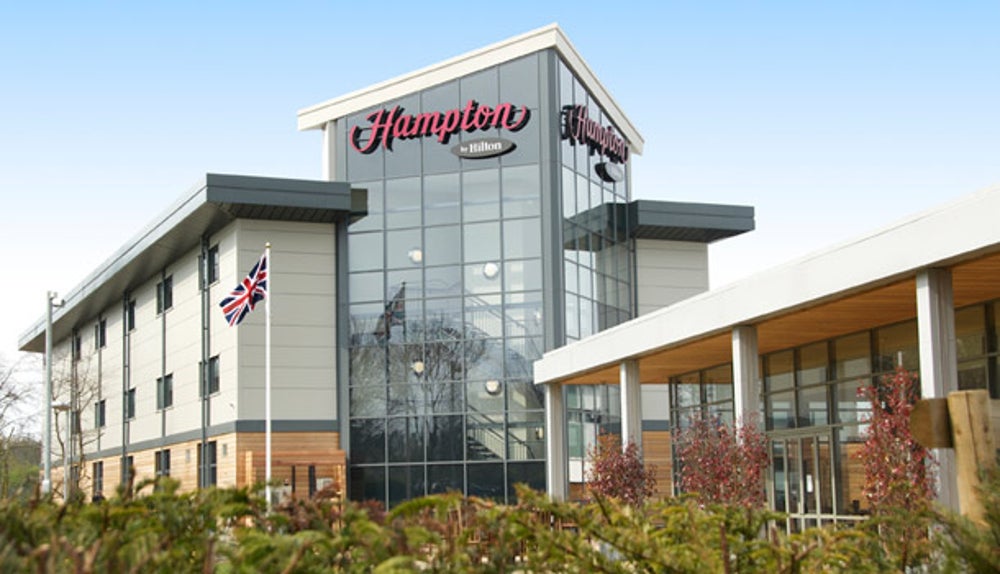 Have you ever noticed the edges of your soap? Hampton Hotels has, and that attention to detail is one of the reasons the Hilton-owned franchise is topping the Franchise 500® for the second straight year.

Six or seven times a year, Phil Cordell, Hilton's global head of focused service and Hampton brand management, selects guests in a key market to meet with him and his leadership team for dinner. The next morning, after their stay at Hampton, he meets with them to get a critique. Among other things, some wondered why hotel soap is square and pointy, unlike what they use at home. Hampton changed its soap, as well as addressing dozens of other suggestions to improve a brand that--with free in-room Wi-Fi, complimentary breakfast, a money-back guarantee and super-friendly service--already had many satisfied customers.

In addition to making improvements, the company is expanding: It has embarked on an aggressive rollout of its international Hampton by Hilton brand, which in 2011 opened locations in Germany, the U.K. and Turkey (Russia and Poland are next) and is working on additional agreements in Europe, South America and Asia (see "It's still the one,"). 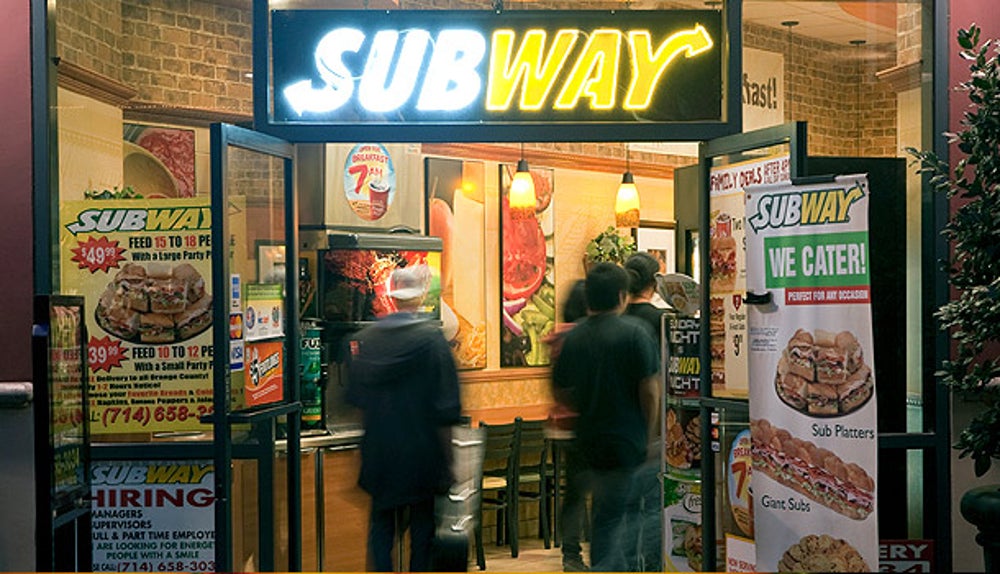 Subway entered the breakfast wars in the middle of 2010, going head-to-head against established a.m. warriors like McDonald's, Burger King and Dunkin' Donuts. And while Subway's bacon and cheese omelet on flatbread hasn't eclipsed the Egg McMuffin just yet, it has boosted the sandwich chain's sales overall.

"One of the great side benefits of breakfast is that when we open earlier, we sell more sandwiches in the morning hours," explains Don Fertman, Subway's chief development officer. "Customers get their lunch sandwich to go along with their breakfast."

In 2011, the franchise added 1,100 domestic locations and the same number of international units. Breakfast and snack sales doubled from their debut year; in 2012, with an increase in drive-through locations, Subway hopes to double those sales again.

Beyond that? Fertman says Subway wants to further utilize the brains and entrepreneurial spirit of its vast network of franchisees. "When we look at our best marketing opportunities, like Jared, he came to us from a franchisee who read about him in a men's magazine. Five-dollar footlongs came from a franchisee," he says. "Harnessing and capturing that creativity is what could get us to the next level." 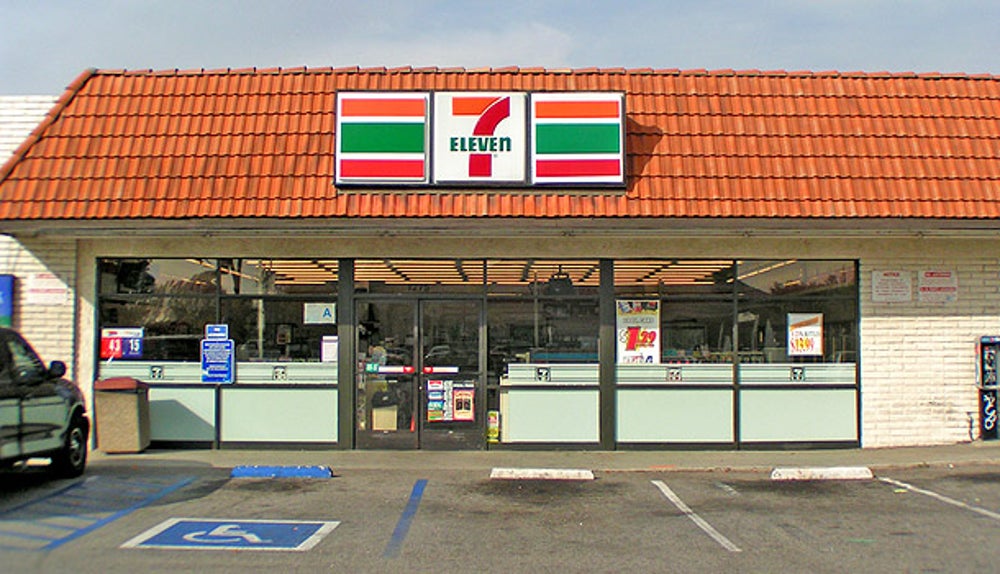 With more than 43,700 stores worldwide--making it the largest retail outlet on earth--you'd think 7-Eleven had no more room for growth. Nope. In 2011, the company added more than 3,700 global locations, while in the U.S. it continued an aggressive strategy to convert existing convenience stores--including ExxonMobil, Shell and regional chains--to its brand.

But the chain's strategy is not just about numbers. In the U.S., 2011 was also about improving existing stores, with interior renovations on 1,000 East Coast units and new exteriors and parking lots at 550 others. What's more, the introduction of a massive number of store-branded products, including batteries, potato chips and candy--even proprietary wine--has added an extra boost to franchisees' bottom lines and is helping to fuel the company's continued global domination.

Did you know? 7-Eleven's first proprietary wine was introduced in 2005 and became the company's second most popular seller. It's expanded to include a variety of whites and reds priced from $3.99 to $9.99. 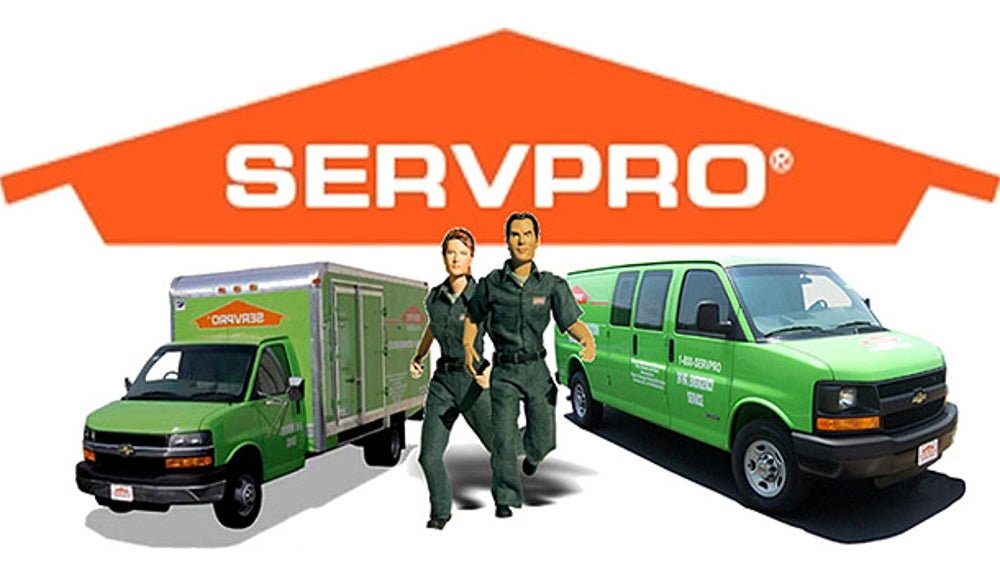 Gallatin, Tenn.-based damage restoration service Servpro has been around for more than 40 years. With about 75 new U.S. territories in 2011 and an expected 100 more in Canada in the next five years, the company admits it's reaching its saturation point. But with such a robust network comes new opportunities for growth. The company has implemented the Disaster Recovery Team, a group of up to 1,000 Servpro crews deployed and coordinated by the head office, enabling mobilization from across the franchise, rather than a reliance on local units. This makes Servpro strategically positioned to act with greater speed and numbers during an emergency. During the last year, victims of Hurricane Irene, the Texas freeze and fires, the tornadoes in Alabama and other major natural disasters may have witnessed a convoy of Servpro trucks and vans, including a mobile command center, descending on their areas as part of the program.

"With 1,600 franchises nationwide, we're close to the action wherever it may be," says marketing manager Chad Lewis. "We like to say we're faster to any size disaster." 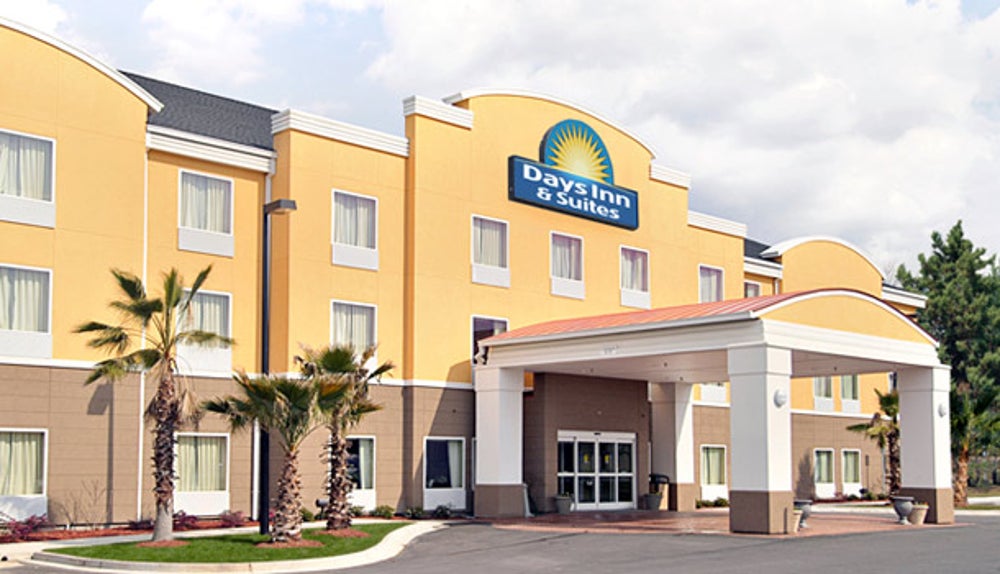 Hotels are the elephants of the franchise industry: They're big, they live a long time and they think in decades, not years. That's why Clyde Guinn, president of Days Inn, is looking ahead to the next generation, even as baby boomers in their prime travel years are flocking to his brand.

"We see that continuing for the next decade, but the obvious question for us is, ‘What's after that? How do we appeal to Generation X and Generation Y?'" he says. "That's going to be a different kettle of fish."

Addressing this issue means learning how to master social media while keeping up a dialogue with older customers. It also means taking on a 15-year plan for reducing the age of its average hotel stock by focusing on new construction in addition to converting older properties. And most important, it means putting into play the first detailed, modular prototype in the franchise's history. The streamlined building plan, designed to compress the time between planning and construction, makes it easy to upgrade a lobby or breakfast area individually, using materials sourced by the franchise and with lifetime servicing. In other words, from start to finish, it's money saved for franchisees.

Did you know? Days Inn has 149,165 rooms in 1,857 hotels worldwide, with locations in the U.S., Canada, China, the U.K. and India. The company will open its first location in Thailand this year. 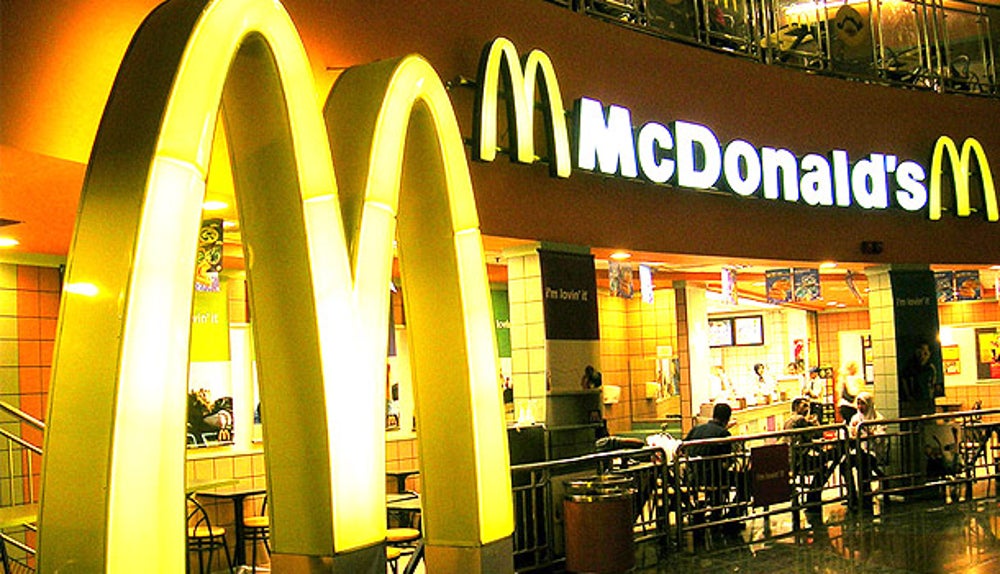 Throughout the recession, McDonald's has increased revenue and market share with competitive tactics that have included taking on Starbucks via its McCafé coffee line and chasing the "better burger" market with its Angus line. In 2010, the McJuggernaut continued, as the company added a breakfast dollar menu to attract value-minded commuters. In 2011, it added oatmeal to cater to health-conscious eaters and further promoted "shareables" like the $4.99 20-piece McNugget pack to appeal to families. Even the element that has long defined McDonald's--speed--got an upgrade last year. The company finished transitioning to a sophisticated point-of-sale system in November, which, combined with a remodel that adds double drive-through lanes to many stores, has improved its sales flow.

In 2012, Happy Meals will feature a bag of apple slices and a smaller-size order of fries, part of a new strategy focusing on health. "Next year you'll be hearing about all kinds of items for health-conscious customers," says Jim Johannesen, COO of McDonald's USA. "So many people start their day with our oatmeal, fruit-and-yogurt parfaits or Egg McMuffins. These are great, healthy products, and we're going to sing that song louder than we have in the past."

Did you know? When McDonald's introduced its McCafé line of espresso-based drinks in 2009, it was the company's largest product launch in 30 years. Since first quarter 2009, sales have more than doubled. 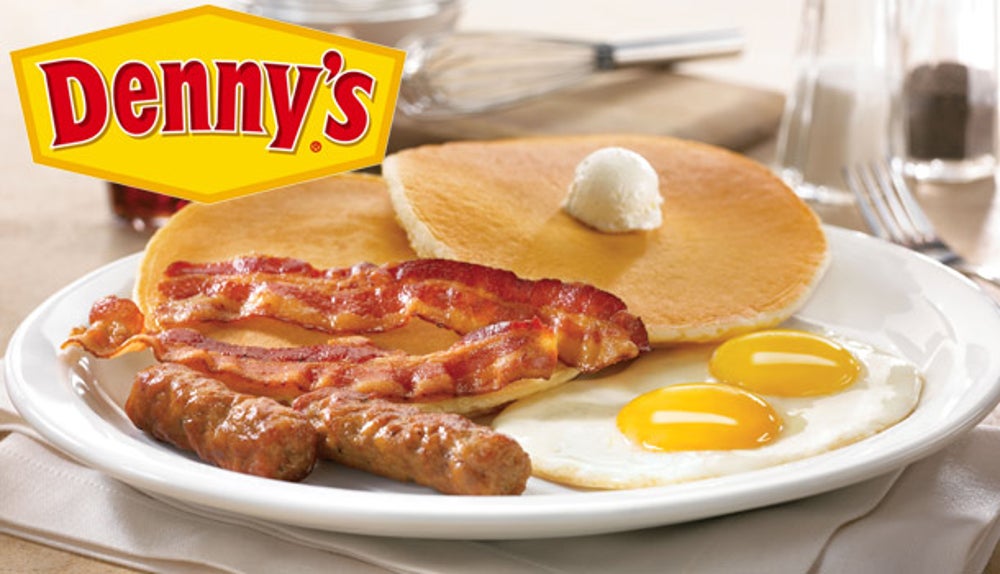 For Denny's, it was hard to top 2010. That's when the company set its all-time record for growth with 136 new units, including about 100 Flying J truck stops that underwent Grand Slam conversions. In 2011, about 62 units opened, but this news is eclipsed by the fact that Denny's reactivated its international franchise program, which it shelved in the 1980s. So far, it has agreements in Central America and is looking at more opportunities worldwide.

The company is also getting aggressive domestically. "We're targeting any market where we don't have the No. 1 or No. 2 market share," says Steve Dunn, senior vice president of global development. "We're going to places where we're No. 4, 5 or 6, and through fee reductions and incentives we'll put $1 million in the pocket of franchisees who open four or more stores over a period of time." 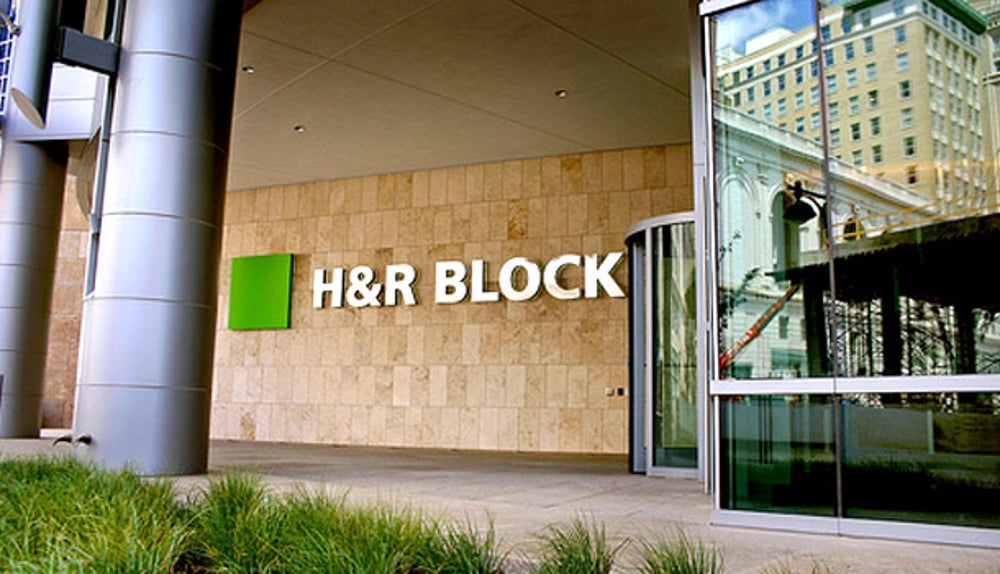 H&R Block believes once customers come through its doors, they'll stay. That's why in 2011 the company offered to do 1040EZ forms for free, both in its offices and online. "Our franchise network was tepid on the idea at first, thinking we were giving away revenue," says Amy McAnarney, senior vice president for tax operations and franchise development. But once they give someone "a sense of what it's like to work with a real tax professional," she says, "they often keep that client for life."

Franchisees can expect more innovations this year. An online tax portal is giving customers the option to manage their accounts from home. And improved support for conversions, including a specialized orientation program and dedicated support system, means independent tax professionals can make an easier transition into the H&R Block system. The company's Acquisition Assistance Program pays up to 80 percent of franchisee costs when buying out a rival practice. 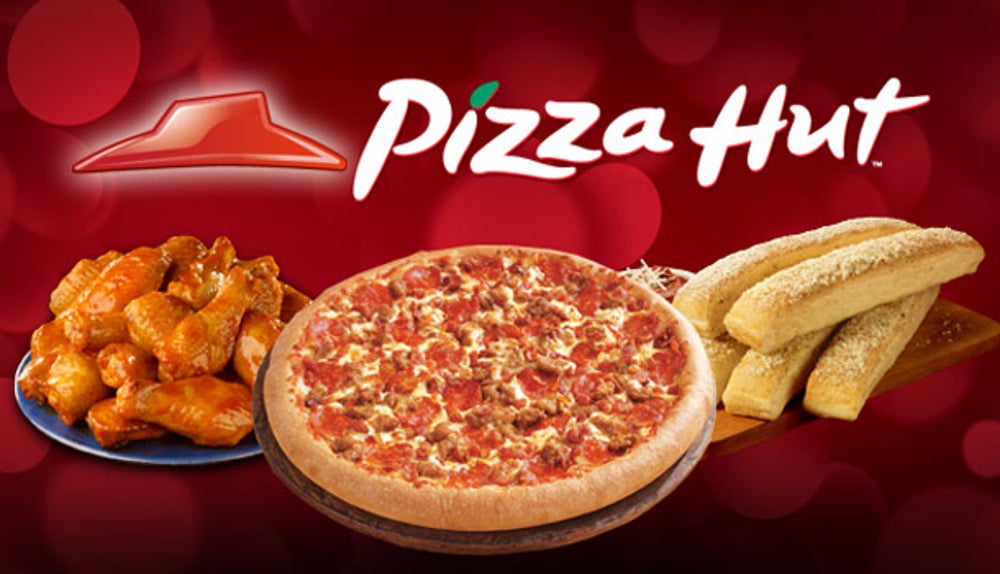 Pizza Hut is ubiquitous enough in the U.S. that it made sense to expand into territories like China. But while corporate parent Yum Brands is aggressively pushing the deep-dish concept in emerging markets, it is also making changes back home. A smaller store footprint designed to fit in strip malls has opened up more than 2,000 new territories in small towns and suburbs. Existing stores have watched sales rise with the advent of value-priced $10 pizzas, while popular in-house brands like Tuscani pastas and WingStreet chicken wings--offered as discounted specials on Tuesdays and Wednesdays, respectively--are driving previously slow midweek sales. 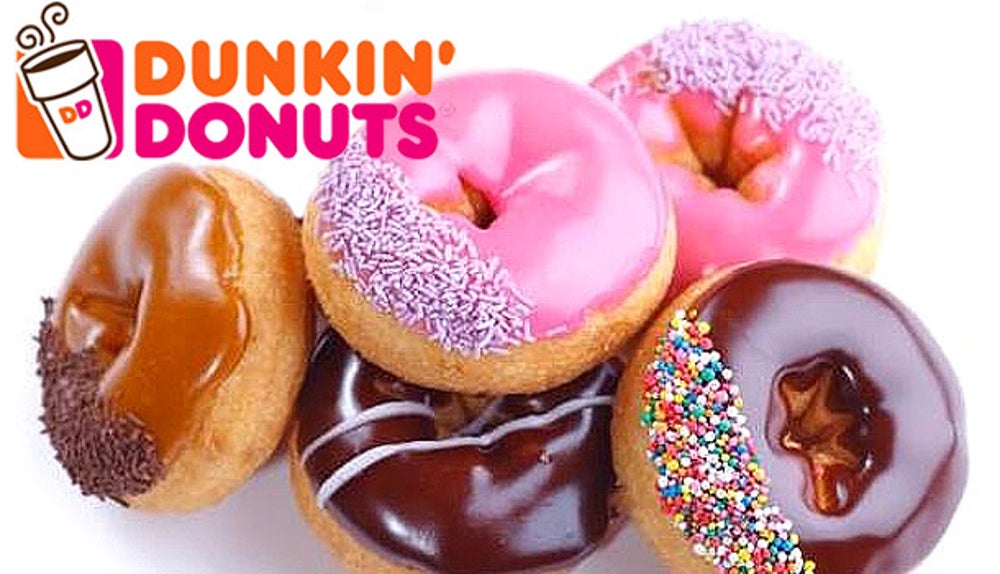 While Dunkin' Donuts is one of the most well-known brands worldwide (with 9,800 units), many Americans have never actually visited one. That's because of the 6,700 units in the U.S., only about 75 are west of the Mississippi. But that's something the franchise is working to change, undertaking a march from its New England stronghold toward the Pacific. In 2011, the company moved into Iowa, Arkansas and Louisiana, and this year will likely push into Texas, Oklahoma and Nebraska. Trying to grab market share from established competitors like McDonald's and Starbucks may seem risky, but Dunkin' says the competition has been good, forcing it to find better locations; provide better offerings, like a renewed focus on breakfast sandwiches; and improve customer service--elements that have upped the game of the entire system. 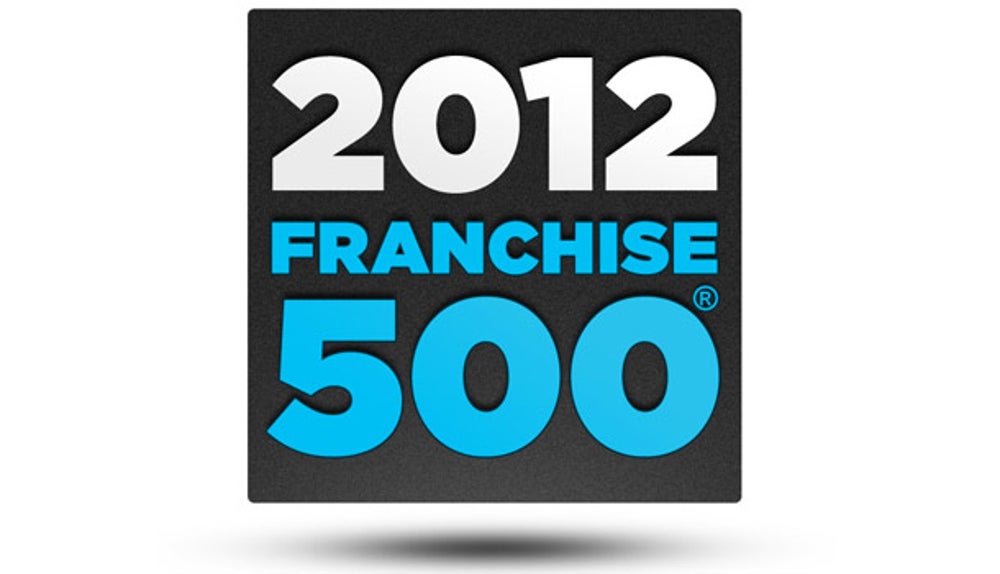