As an entrepreneur, you're no doubt in constant search of new ways to grow your business. But who wants to slog through another lengthy how-to book on the entrepreneurial process?

There's another way. If you want some entertainment with your education, the documentary film may be your medium. Grab some popcorn and sit back to take in the business lessons in these 10 must-see documentaries. 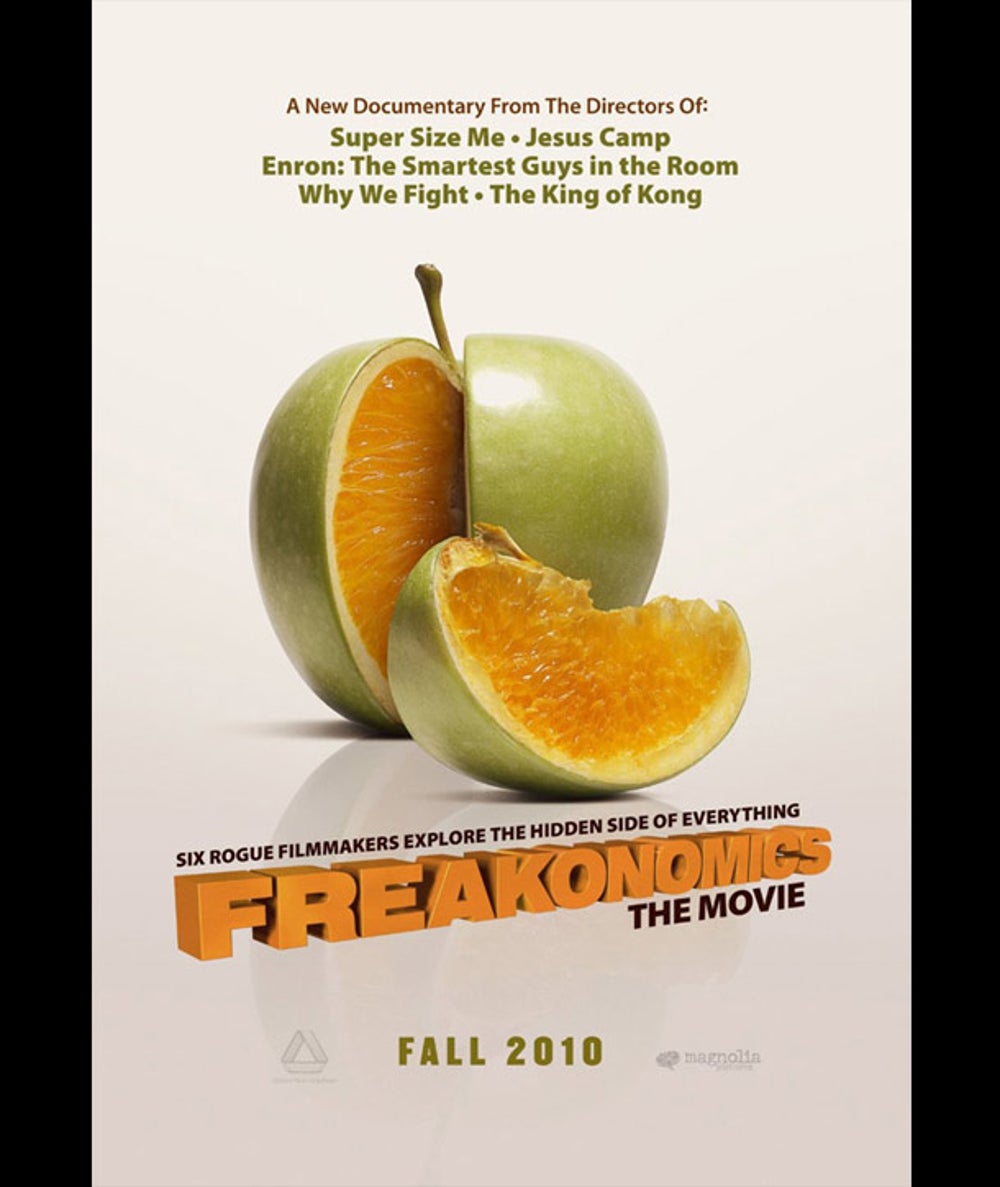 Why it's a must-see: The filmmakers weave brief, diverse tales aimed at answering the question: What really makes people do what they do? Will the possibility of a financial reward encourage students to improve their grades? Will sumo wrestlers cheat if given the incentive to do so? The answers are always entertaining and often surprising.

Lesson: If you understand the factors that motivate people to action, you just might be able to motivate them to become your biggest customer.

Once in a Lifetime 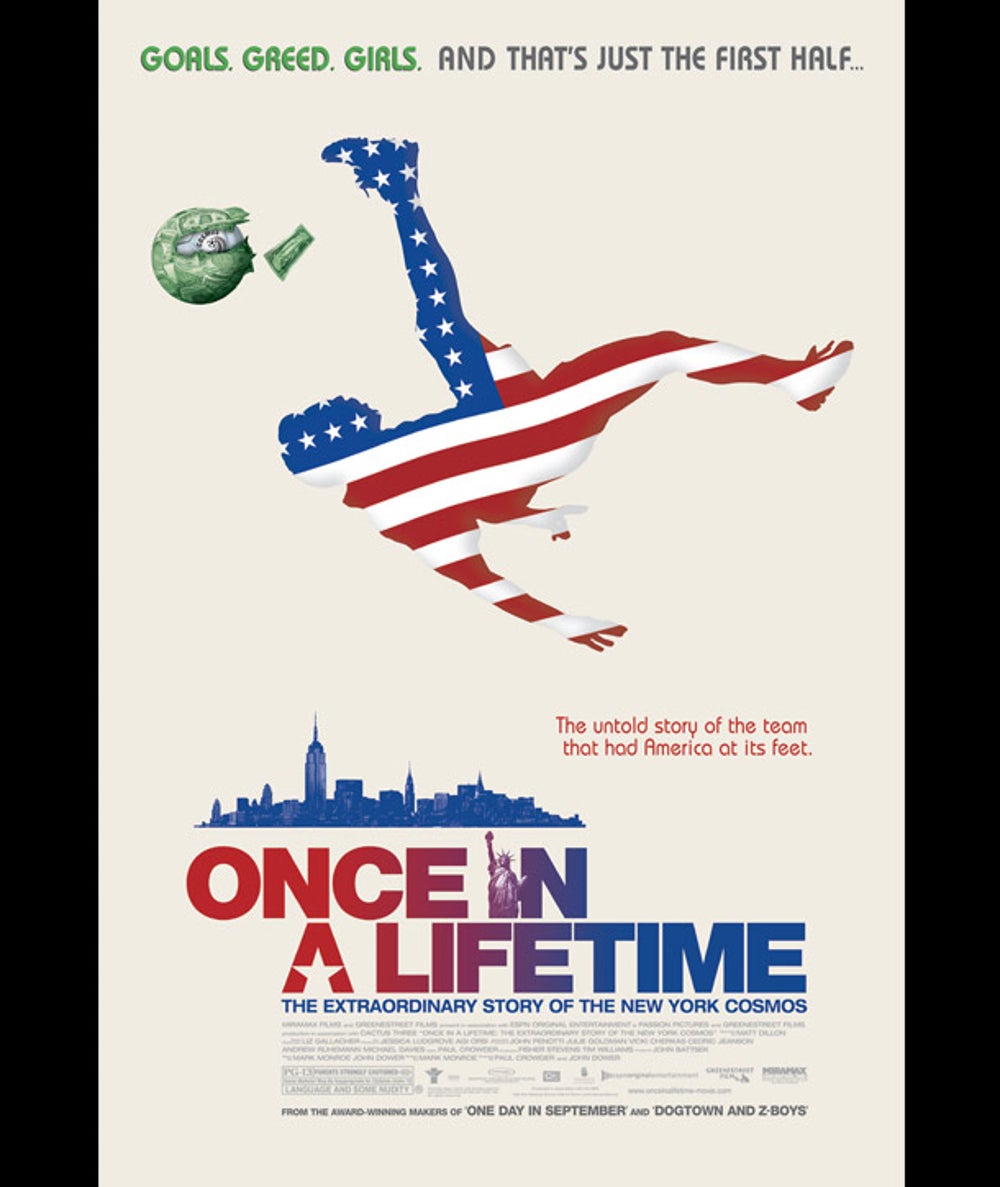 Once in a Lifetime: The Extraordinary Story of the New York Cosmos (2006)

Why it's a must-see: Once in a Lifetime shows that the ability to attract top talent to your business cannot be overvalued. The Cosmos proved this in 1975 when the struggling team signed the world's most popular soccer star, Pele, to a $5 million contract. Immediately, this phenomenal athlete made the team a media and New York City favorite, leading them to a 1977 championship game in front of 77,691 fans in Giants Stadium.

Lesson: If you hire the best, your company has the greatest shot at becoming the best.

Standing in the Shadows of Motown 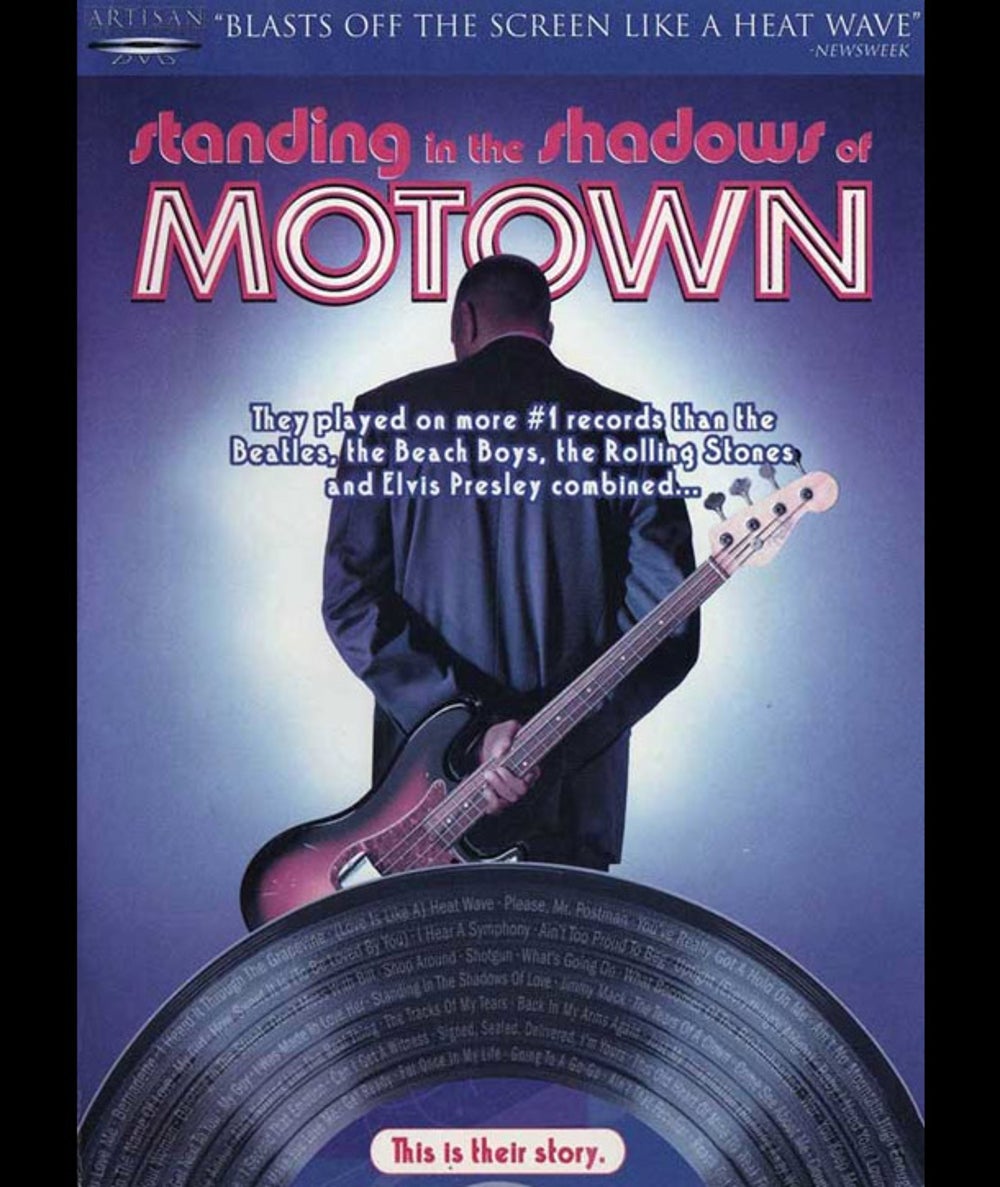 Standing in the Shadows of Motown (2002)

The untold story of Detroit's Motown Records and The Funk Brothers, who played backup for all of the famous Motown vocalists including the Temptations, Supremes and Marvin Gaye.

Why it's a must-see: The Funk Brothers were responsible for more No. 1 hits than Elvis, The Beatles, The Beach Boys and The Rolling Stones combined. Though it was the famous Motown artists who received most of the credit for singing the songs, it was The Funk Brothers standing quietly in the shadows laying down the groove the whole time.

The lesson: It's a top priority to place incredible people in your business's high profile executive positions. But, it’s equally (if not more) important to staff the less visible support positions with gifted individuals.

Ayn Rand: In Her Own Words 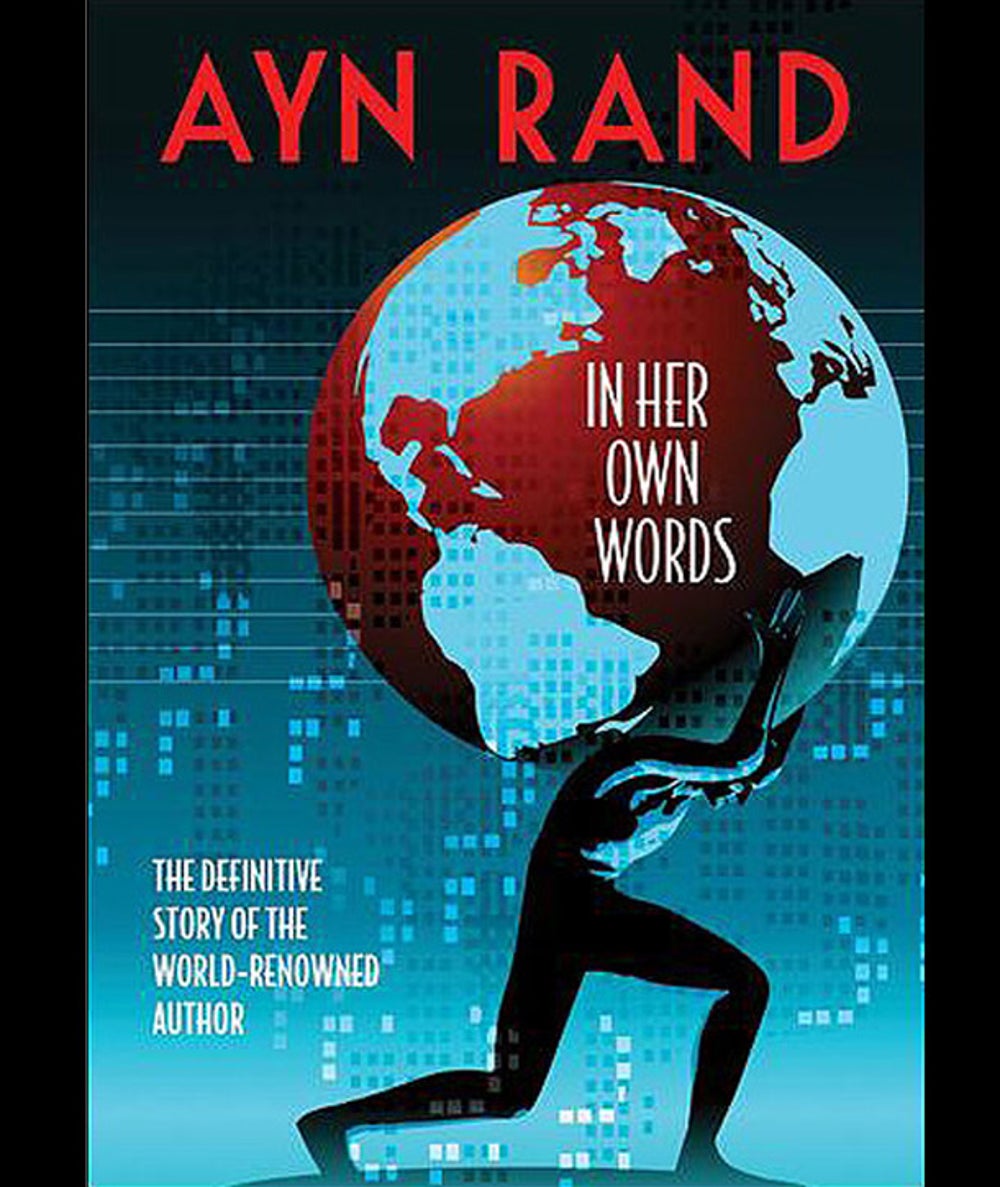 This documentary pieces together an exhaustive collection of interviews and readings from influential objectivist writer Ayn Rand (Atlas Shrugged, The Fountainhead).

Why it's a must-see: Long considered an inspiration to the ambitious businessperson, Rand is placed front and center in this documentary as she presents her philosophical arguments on the power of personal reasoning. She believes that reason should be a human being's only guide to action.

Lesson: Rand's words will remind you to keep a cool head during your biggest challenges, so you can focus on a logical solution.

The Call of the Entrepreneur 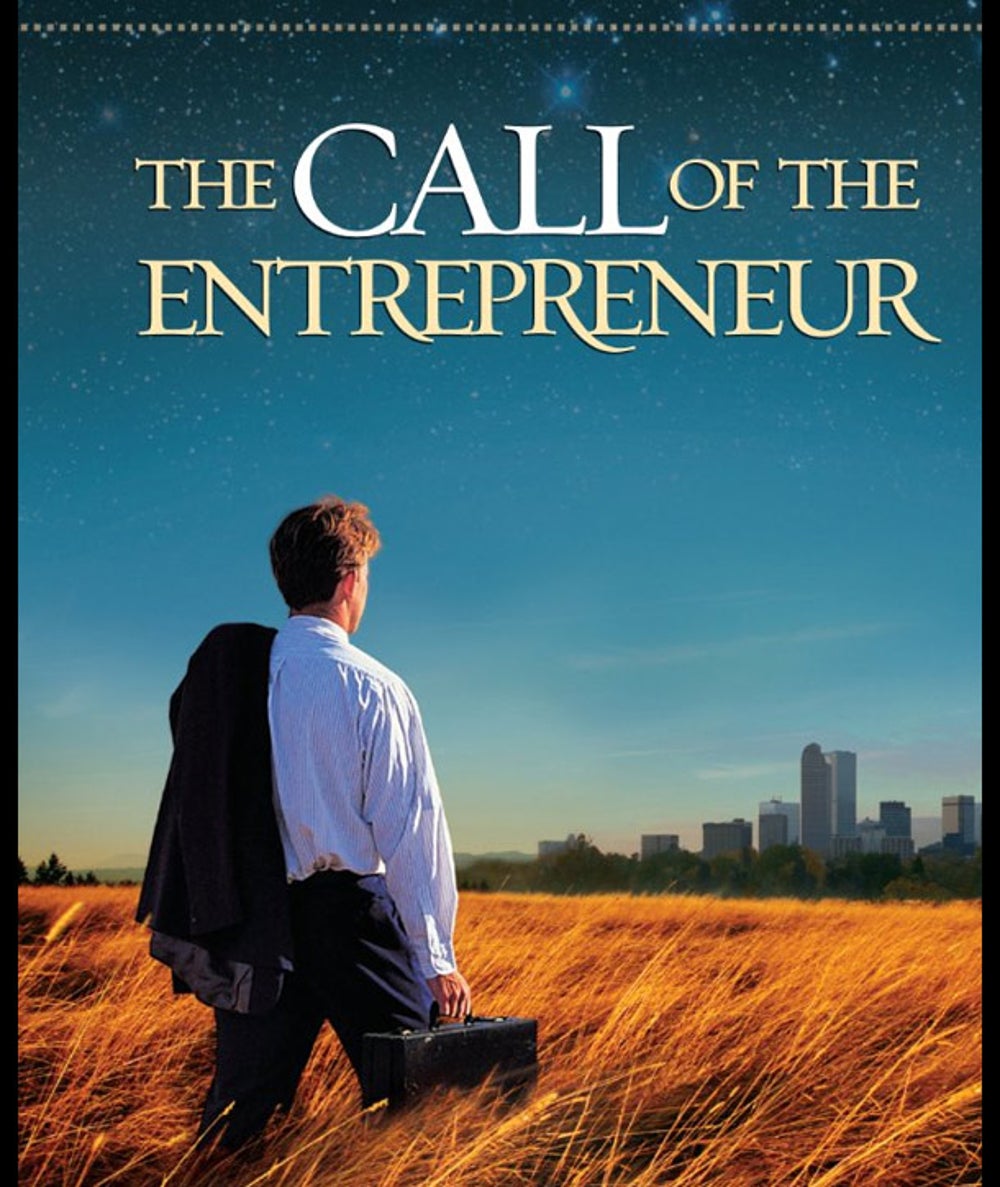 Grand Rapids, Mich.-based Action Media tells the diverse and inspiring stories of a merchant banker, a dairy farmer and a refugee from communist China. These hardworking entrepreneurs all overcome adversity with innovation and creativity.

Why it's a must-see: This doc is a non-stop barrage of uplifting tales. The inspiring story of Michigan dairy farmer-turned-composter, Brad Morgan is enough to remind you that our society thrives on entrepreneurial ideas.

Lesson: Sometimes all the modern-day entrepreneur needs is a little inspiration to press on, even though failure could be right around the corner. 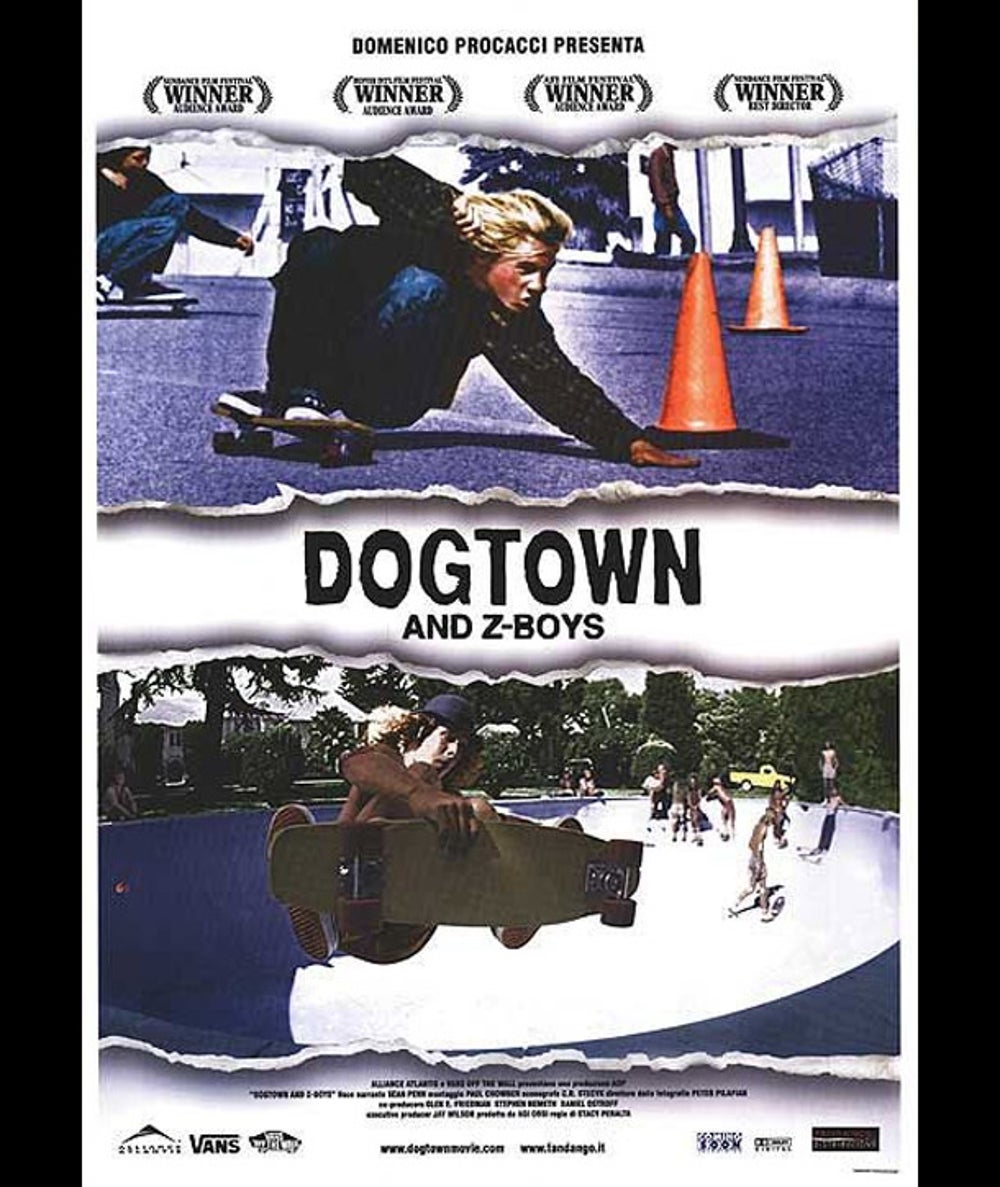 Why it's a must-see: The Zephyr team modernized skateboarding in the 1970s by taking it from a backyard pastime to a multi-million dollar industry by incorporating surf-style tricks and turns. So if you are looking for the next major innovation, take a tip from the Z-boys and consider unexpected pioneering ideas.

Lesson: The cool kids always know about the next big thing before it's even a thing. 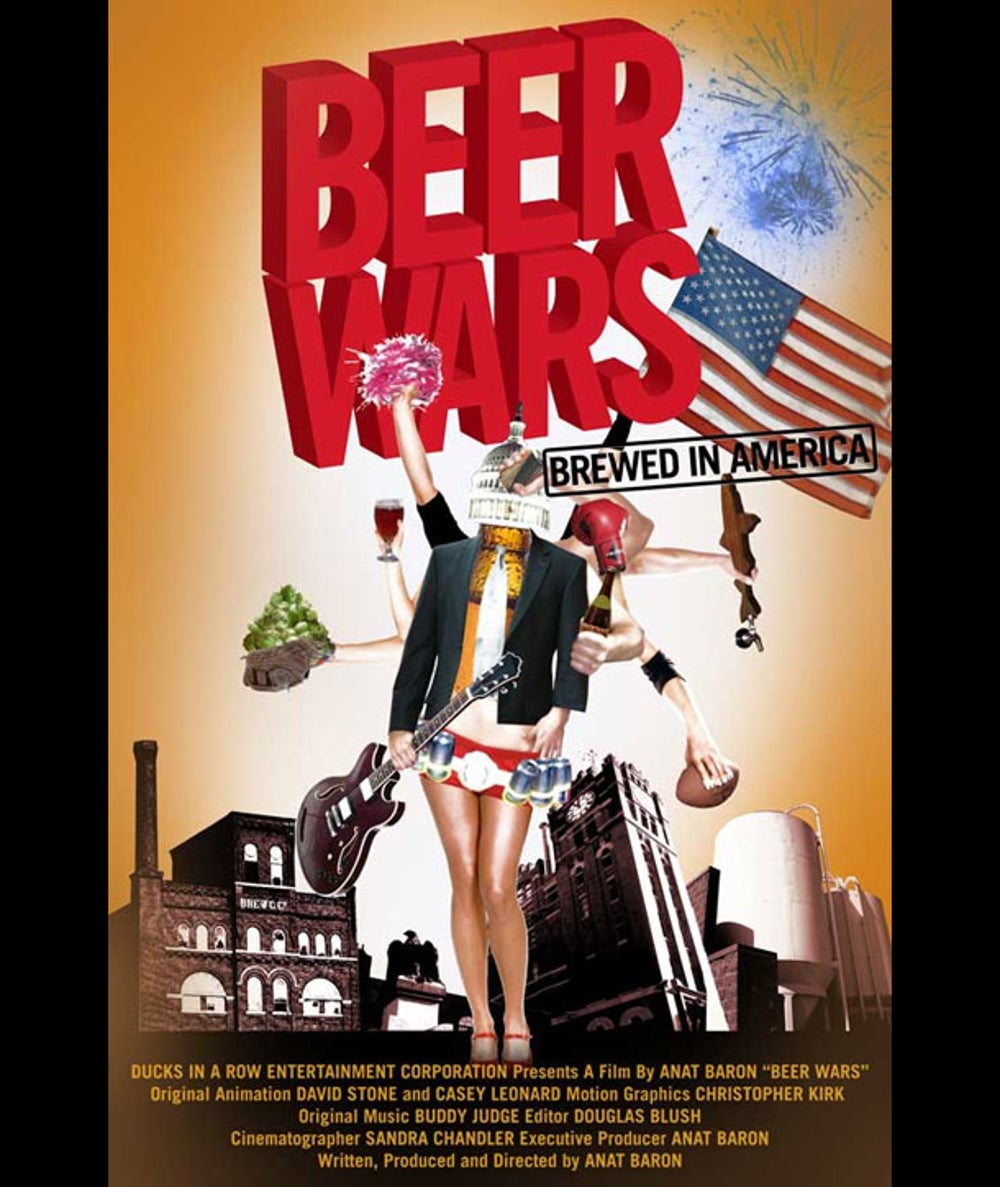 A genuine David vs. Goliath story, America's small artisanal brewers try to grab a piece of the market share from fizzy yellow giants like Anheuser-Busch.

Why it's a must-see: Any entrepreneur attempting to break into an established market can relate to the challenges faced by these craft breweries. The point to be taken from this film is to always educate your potential customers on the superiority of your product. Sam Adams's founder Jim Koch puts it best, "Almost all our beer knowledge comes from Budweiser, Miller and Coors. It's as if all we knew about food we learned from McDonald's."

Lesson: It's your job to find a way to reach your customers in such a way that makes them realize they deserve better -- and better you can provide. 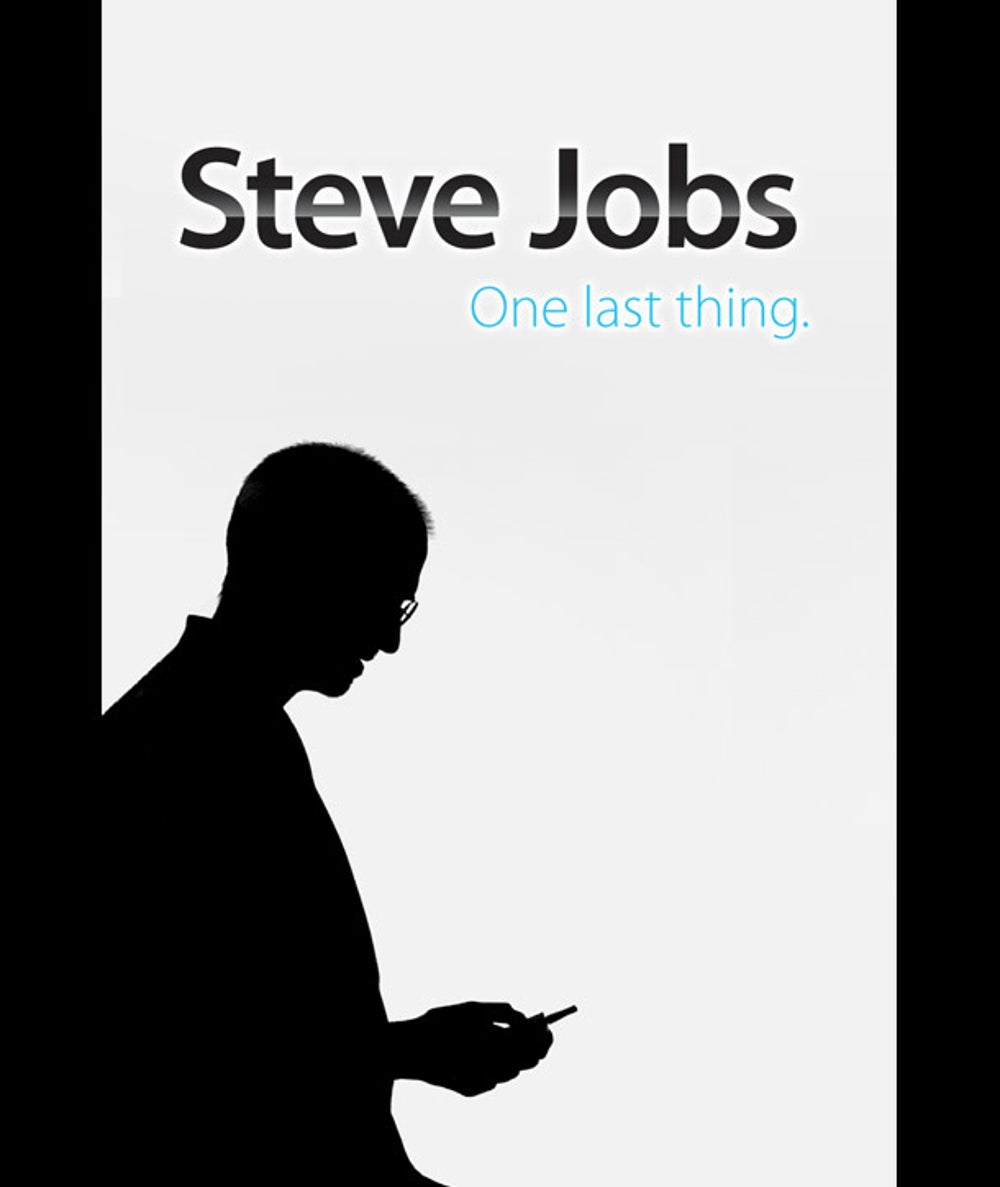 Released on PBS just after his death, this doc is an intimate portrait of the peaks and valleys of Jobs’ career from the people who knew him best.

Why it’s a must-see: Steve Jobs is an entrepreneurship poster boy: He’s bold, unflinching, inspirational and brilliant. Every entrepreneur hopes to affect our creative and professional culture in the profound way that Jobs did and continues to do. Watch the film, take some notes and apply them to your business immediately.

The Lesson: It never hurts to have a top-notch mentor. 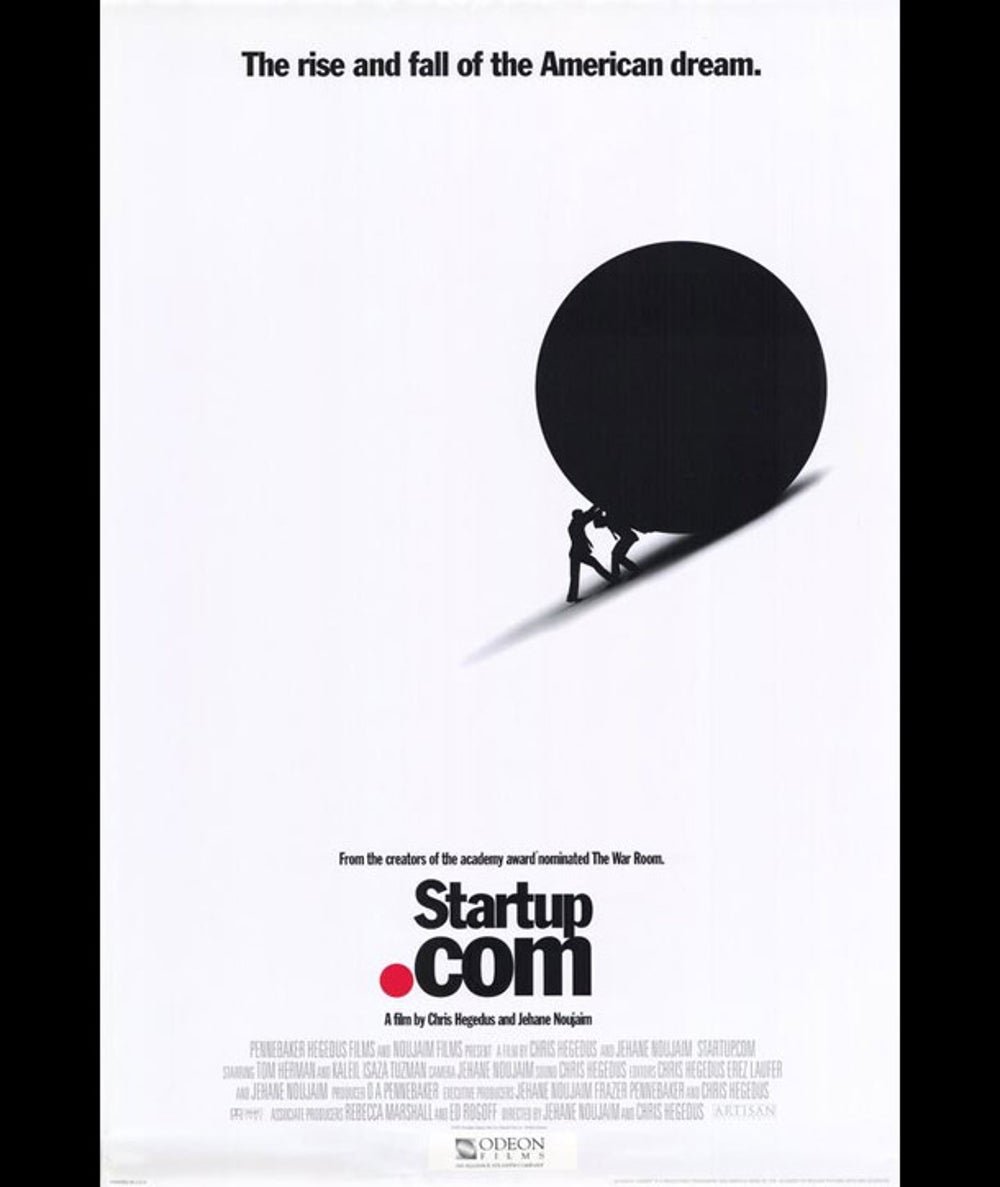 Why it’s a must-see: The high business drama here is utterly compelling. The company goes from inception to a $50 million bankroll in less than a year. But, GovWorks.com struggles with superior competing websites and Herman’s creativity clashing with Tuzman’s unbending business savvy. The startup ultimately folds and is consumed by a larger firm after less than two years of existence.

The Lesson: All the funding in the world will get you nowhere unless you can trust your team and provide a better product than the competition.

We Live In Public 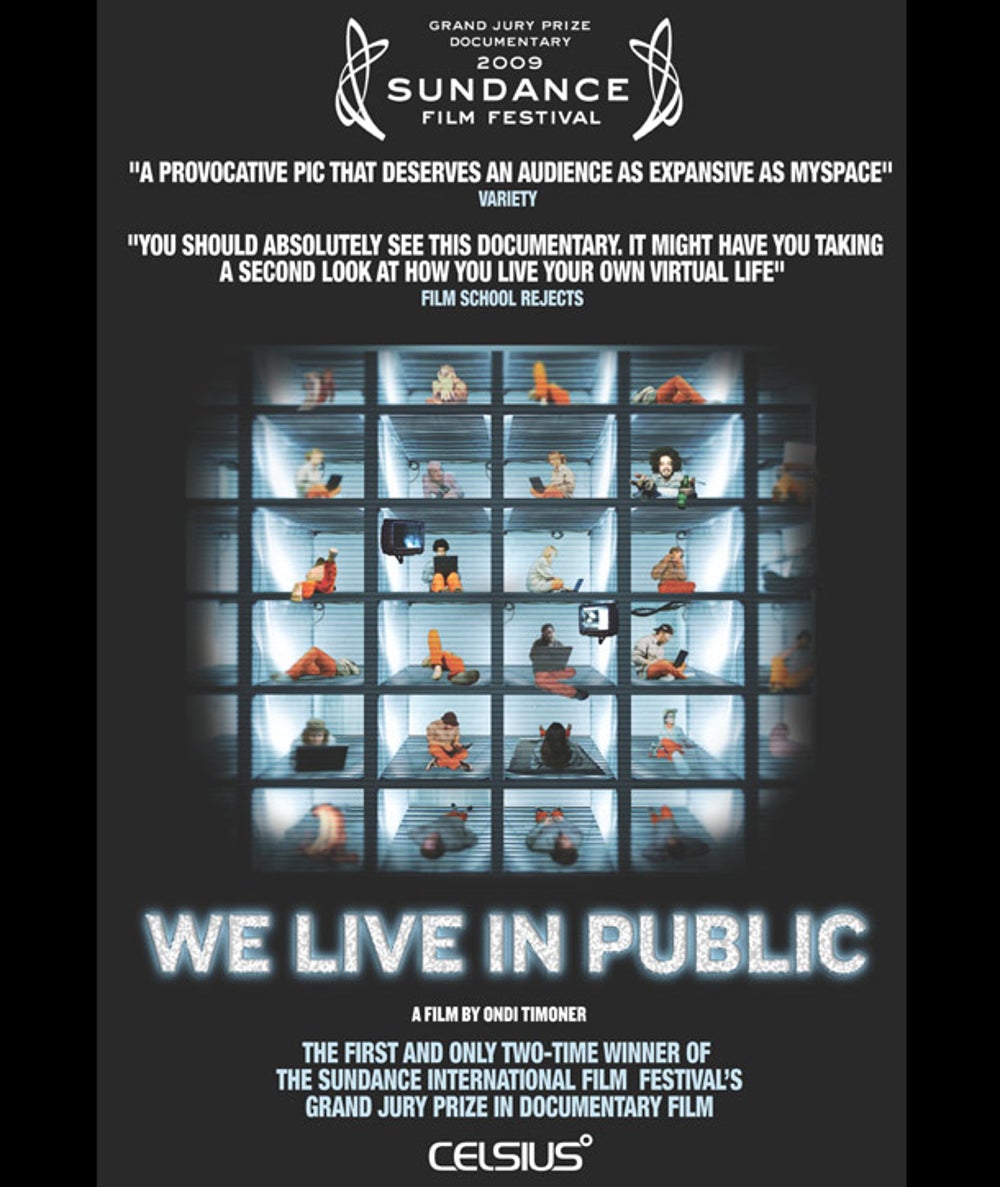 Award-winning filmmaker Ondi Timoner (Dig!) follows Internet television pioneer/eccentric Josh Harris of Pseudo.com over the course of a decade in the 1990s.

Why it’s a must-see: Harris is a madman. He rigged his own apartment with cameras just as his new girlfriend was moving in. Their entire lives were taped, broadcast and chatted about online -- making Harris tons of money along the way. Of course, this breach of privacy ultimately resulted in the demise of the couple and Harris’s sanity. Yet, he predicted that we would soon all be living every minute of our lives online, long before it became a reality.

The Lesson: Don’t be afraid to innovate and push the envelope in your industry -- even if some people call you crazy.