The Metroplex is home to a range of corporate giants, including Exxon Mobil, American Airlines, Texas Instruments, JCPenney and Frito Lay. The city is popular for headquarters for its central location midway between the East and West Coasts and its international airports. An inland port, the city is a distribution center and transfer point for goods and services. Because it's home to so many corporations, its economy is bolstered by an array of accounting firms and firms and other business-services companies. What's more, the presence of Texas Instruments has made the city a hub for technology companies.

With so many large employers, the city draws a talented labor force. And eventually, those smart people venture out on their own. “There is a joke that TI stands for Training Institute,” says Jeremy Vickers, the director of innovation at the Dallas Regional Chamber. Vickers, who once worked with startups at a seed-stage venture-capital firm, says that nearly half of the startups he's encountered have a Texas Instrument expatriate engineer.

If you're looking for inspiration to launch or grow a business, consider this group of upstarts fostered in the Big D's unique business cluster and born in its sprawling startup community. 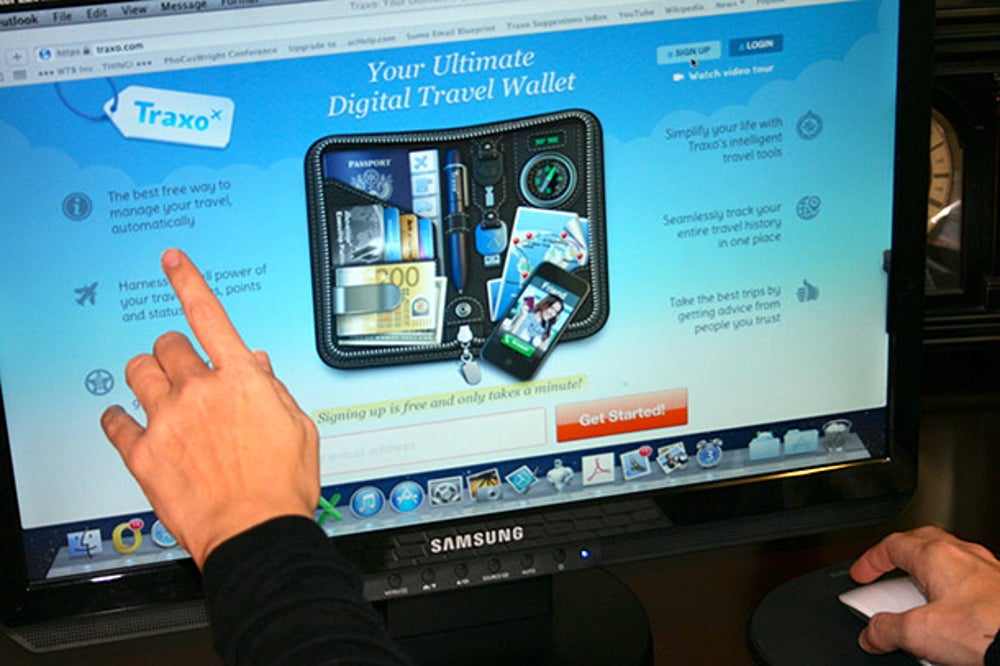 A consumer using the Traxo application to track and organize their travel.
Image credit: Traxo

What it does: Traxo automatically compiles into one dashboard all your travel information -- including itineraries, travel miles, reward points and flight status -- from nearly 200 travel-related businesses and organizations. Frequent travelers can organize their travel life and also save about 10 percent on reservations, according to the company.

Entrepreneurs: Co-founded by Andres Fabris, former vice president of business development at Travelocity.com, and Andy Chen, formerly with both Travelocity and Sabre Travel Network, whose parent had been spun off American Airlines.

What’s next: Soon Traxo will release an app for iPhones and iPads. 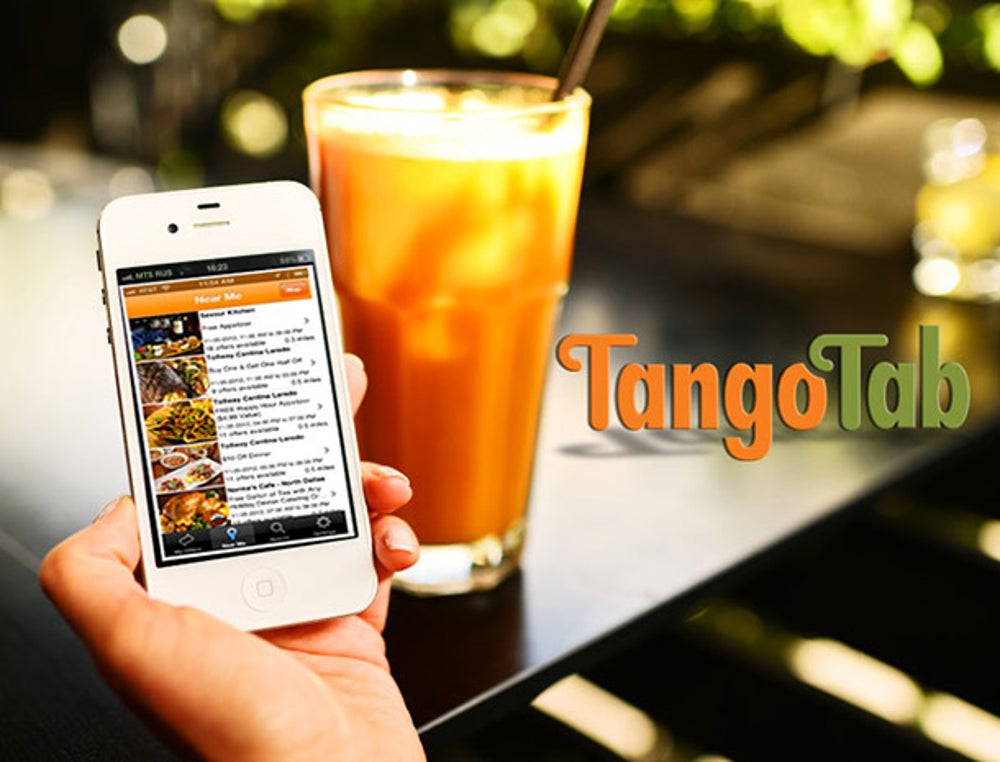 For every consumer who buys a meal with the TangoTab app, the company donates a meal to a person in need.
Image credit: TangoTab

What it does: Restaurants bring in customers by enticing them with discounts on meals offered on the TangoTab website. Every time a consumer uses TangoTab’s service, the startup donates a meal to local food banks, the company says.

Entrepreneurs: Andre Angel, founder and CEO, was a vice president of global sales at Nortel.

Funding: $2 million, including savings of the TangoTab executives and funds from the North Texas Angel Network 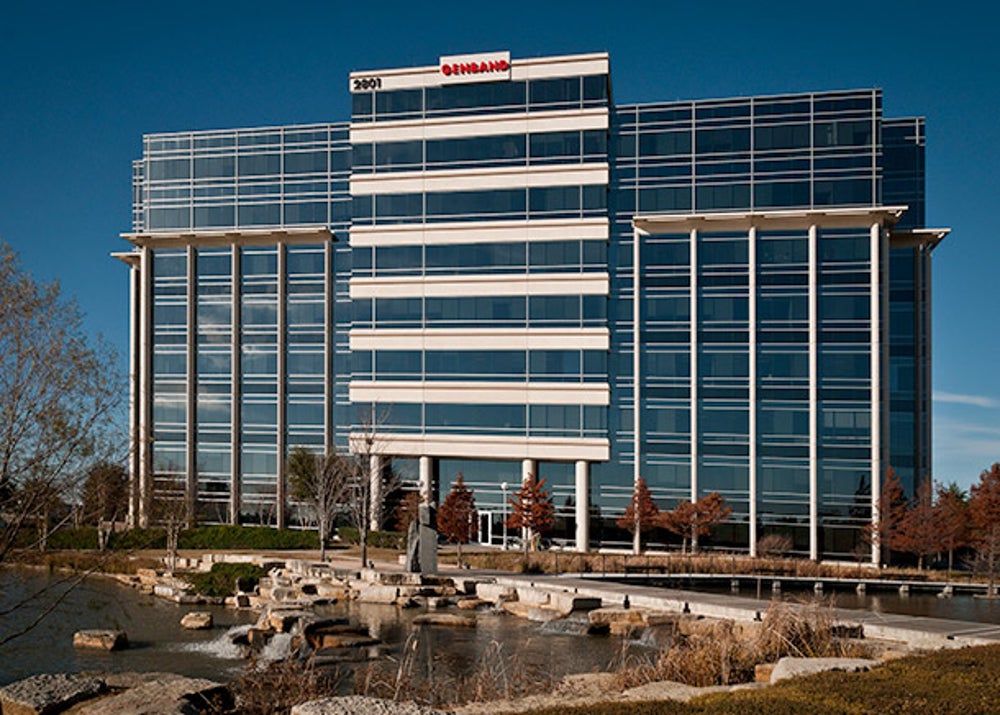 What it does: GENBAND, based in the Dallas suburb of Frisco, Texas, develops technology that enables service providers, such as AT&T, Sprint and Verizon, to deliver voice and video over the internet. GENBAND does not sell its service directly to consumers. Rather, its customers are large telecommunications companies. More recently, GENBAND in some cases provides its service directly to some smaller businesses as well.

Entrepreneur: The company has been led by Charlie Vogt, president and CEO, for the past nine years. Vogt has been in the telecommunications business for more than two decades including working for IBM, Motorola and Ascent Communications. GENBAND’s initial startup co-founders were Paul Carew, Ron Lutz, Steve Raich and Brendon Mills.

Funding: The company received more than $500 million in funding. One Equity Partners, the private-equity arm of J.P. Morgan Chase, provided $400 million of that sum. The rest has come from venture-capital firms like Sevin Rosen Funds, Oak Investment Partners and Venrock.com.

What’s next: GENBAND is focused on developing the technology so that every phone call you make from either a landline or a mobile line can be a video call if you want it to be. 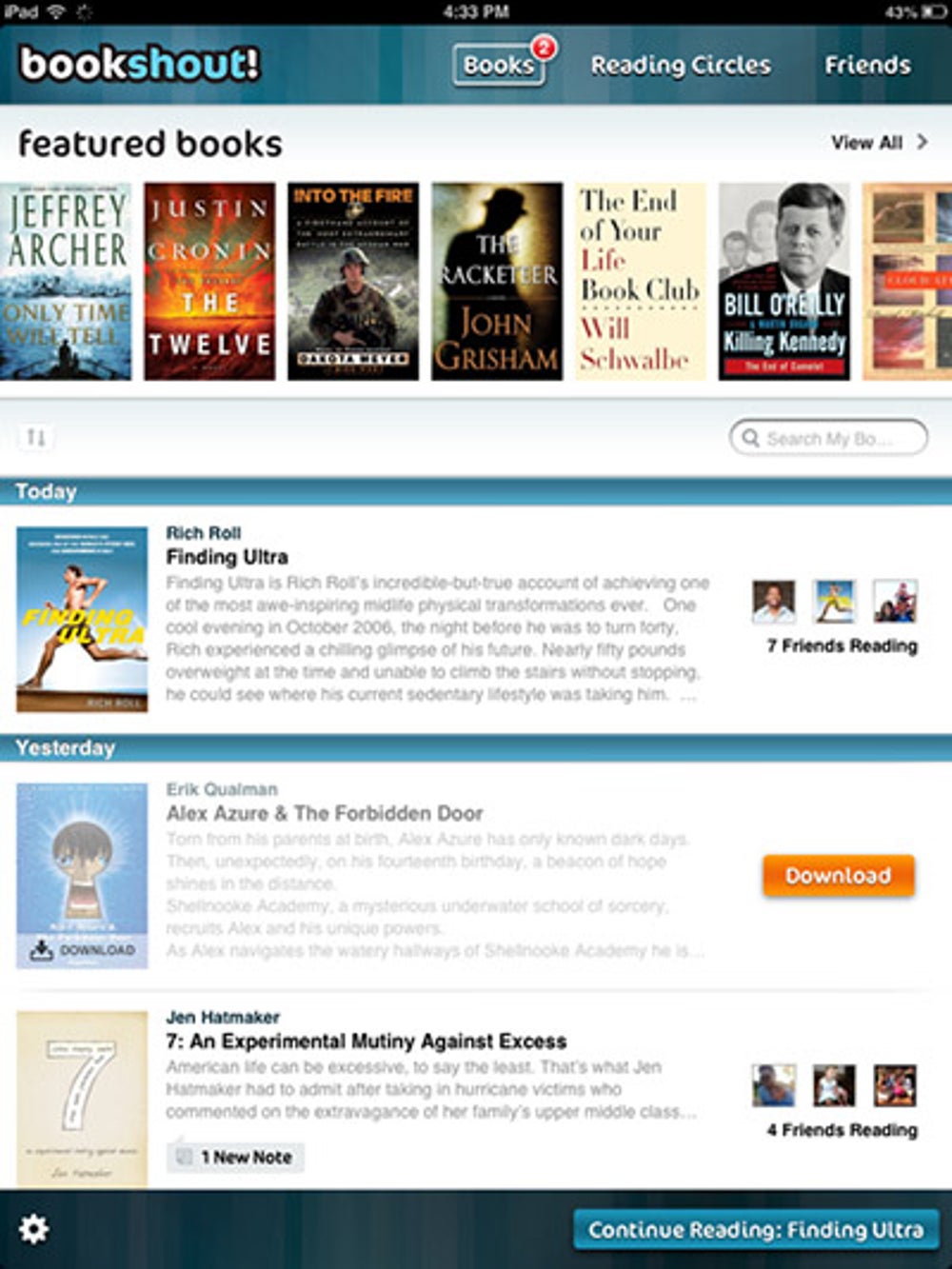 A look at the BookShout! web site.
Image credit: BookShout!

What it does: The technology company BookShout! is expanding the horizons of e-books for publishers, authors, brands and readers. The BookShout! social and group reading technology allows readers to buy, interact with and share as they read. The company is based in the Dallas suburb of Plano, Texas.

What’s next: Going forward, Bookshout! will be expanding its business with branded content and increased collaboration to grow the number of readers, authors and publishers in its network. 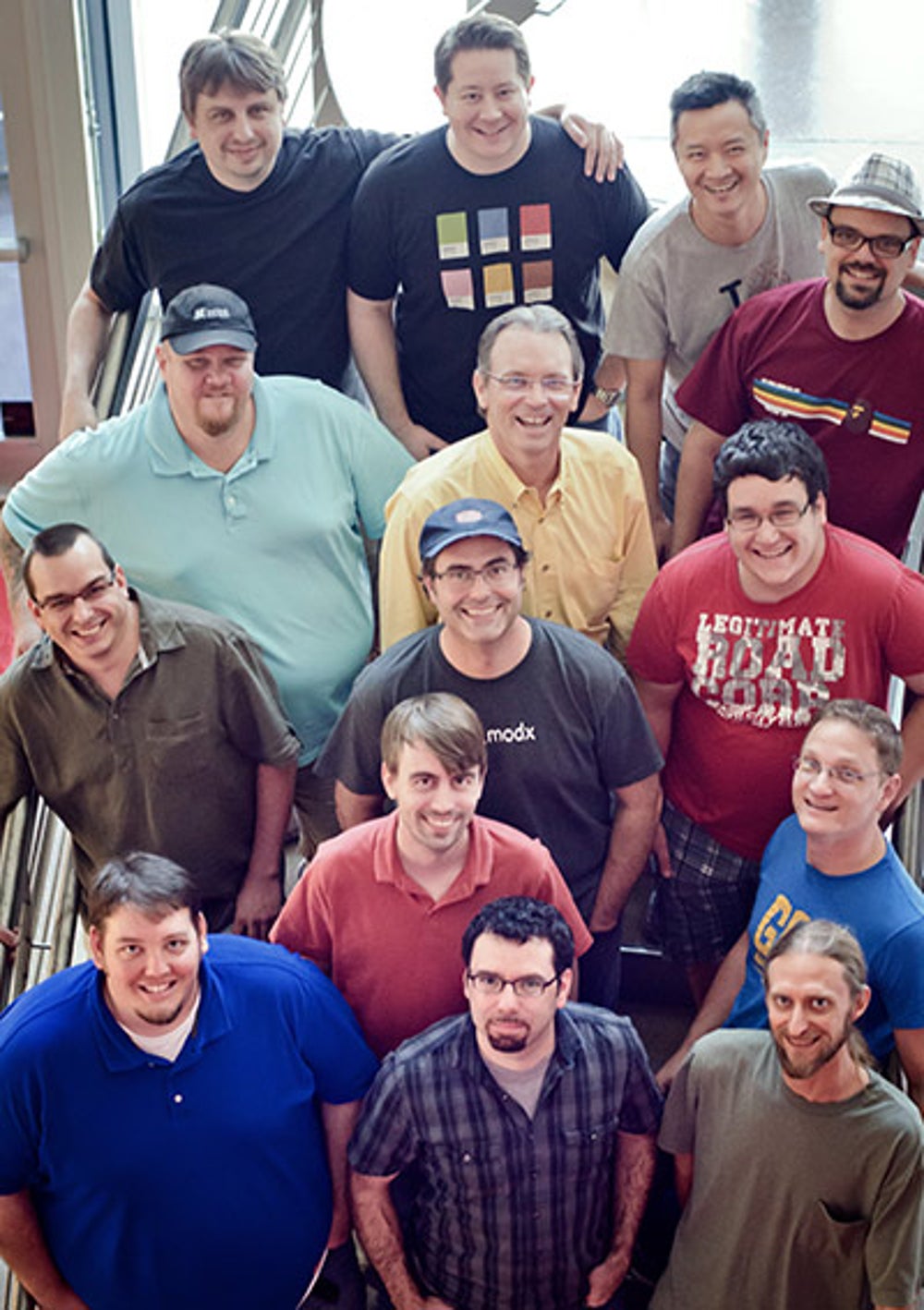 What it does: MODX develops content-management platforms that allow its users to create websites.

Employees: 12 full time in the U.S., Canada, England and the Netherlands, and a team of 11 project-based part-timers when need arises.

What’s next: Grow by focusing on small and midsize business customers. 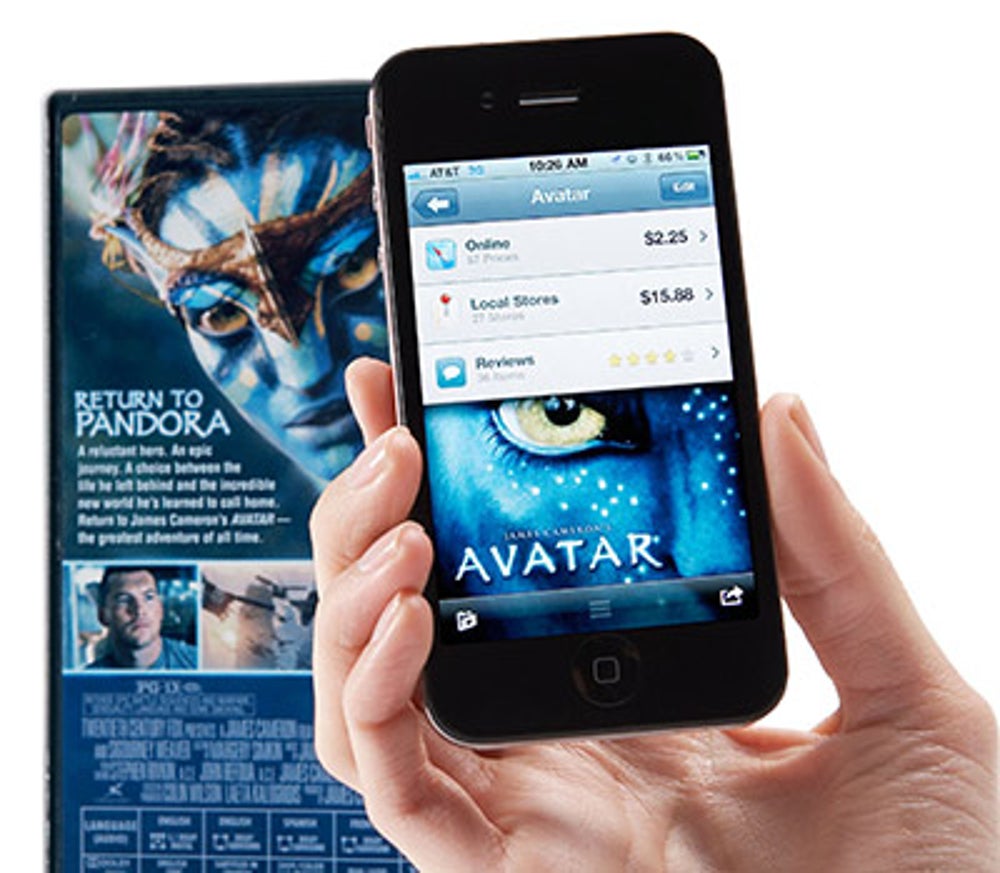 What it does: ShopSavvy is a smartphone application that allows consumers to scan a product barcode and search for the best possible deal on the item. Currently there are more than 40 million users, according to co-founder Alexander Muser.

Entrepreneurs: Serial entrepreneur Alexander Muse launched and sold technology-infrastructure company Layer One and social video and audio service Fancast and started cloud-computing consulting company Architel. Co-founder Rylan Barnes had the idea for the company, according to Muse, and previously worked at Hewlett-Packard, Software Architects and a virtual ticketing startup, Veritix.

Funding: Savings and $7 million in venture capital raised in 2010 from Brazilian internet entrepreneur and investor Eduardo Saverin, a co-founder of Facebook.

What’s next: Have users’ shopping experience directed by online social-profile information. For example, the application might remind you of a friend’s birthday, then recommend gifts based on what similar users like, according to Muse.

What it does: PayTap allows consumers to split the cost of a shared online purchase. They can select who to share the payments with from their social network and track the payment process. Also, a consumer does not need to sign up for an account to use PayTap. Instead, it is a payment option at the time of checkout.

Annual revenue: The company is "prerevenue."

What’s next: Currently, it costs $1 to use the premium service for PayTap. The startup is aiming to make this transaction free and aims to have that update available in February, says Daley.

What it does: NetSocket is a cloud-based, real-time monitoring system for finding problems in Internet networks. With its ability to anticipate and identify the source of an Internet-network problem efficiently, NetSocket claims it will reduce businesses’ problem-resolution time by 70 percent. It is based in the Dallas suburb of Plano, Texas.

What’s next: NetSocket is working to grow its customer base in coming years, selling its software to more enterprises and network service providers. 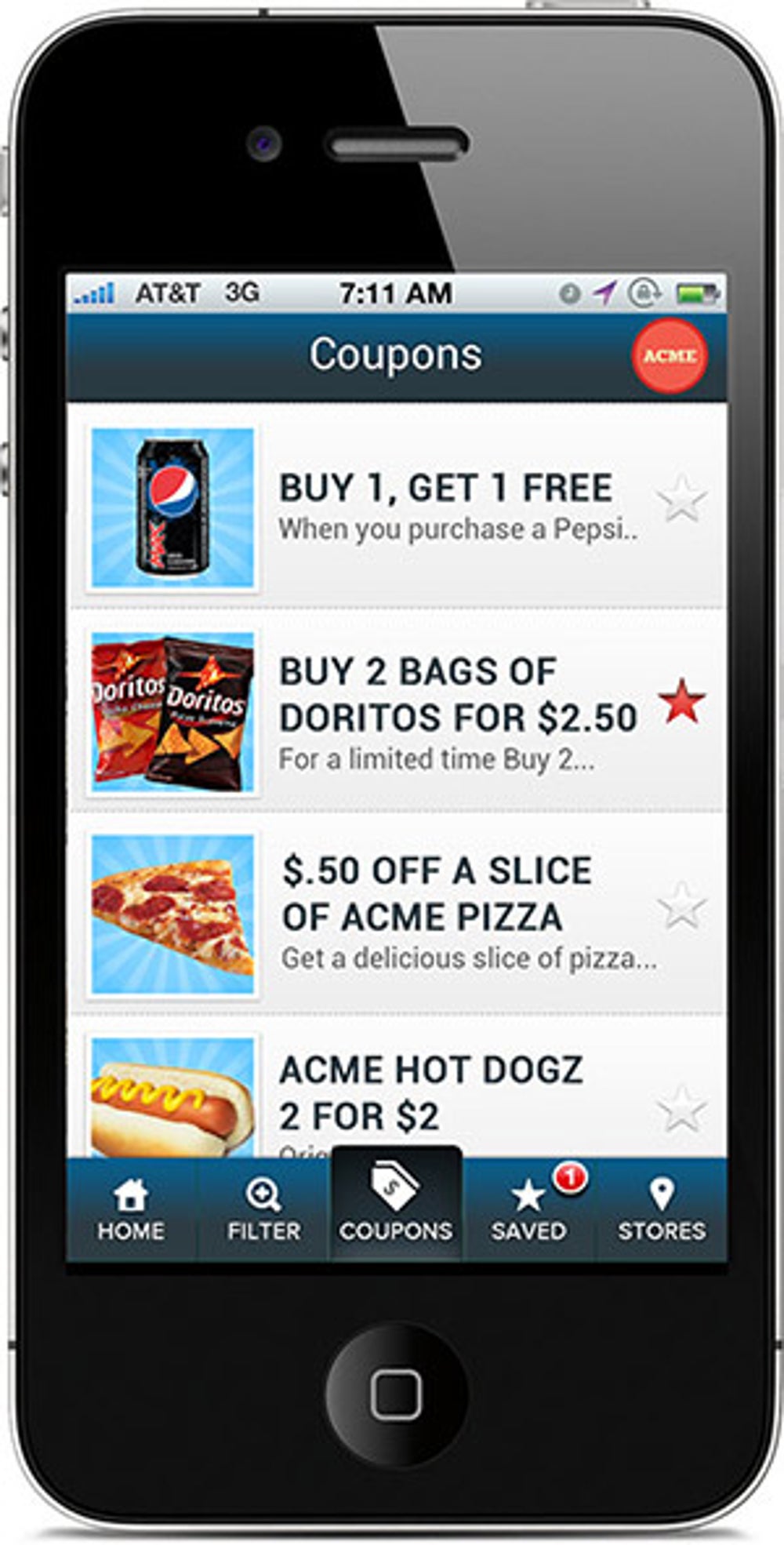 The Kroupon app being used on a smartphone.
Image credit: Kroupon

What it does: Koupon Media’s digital campaign management system helps retailers create, distribute, redeem and analyze online coupons. It's based in the Dallas suburb of Frisco, Texas.

What’s next: Acquire more customers and hire more employees to grow the business.

How a Big Birthday Inspired One Man to Become a Franchisee

Mark Cuban: There's No Playing Nice With Your Competition