Thousands of logos compete for our attention every day. While we may not always consciously recognize their importance, when a change is made to the logo of a brand we love, collective protest is often the result.

In a much-publicized case a couple of years ago, Gap unveiled a new logo that was widely maligned. More recently, the University of California introduced a logo that represented a stylistic shift from the previous traditional look; the gradient effect on the C quickly became the focus of criticism, even motivating several online petitions calling for a repeal. In both cases, the organizations buckled under public scrutiny and reverted to their original designs.

Clearly we care about logos. But what makes a great logo? And how can you make one that not only stands out, but also cultivates a loyal following?

Experts note there are at least three necessary traits: It must be distinct from other logos (especially those of competitors), instantly recognizable (imagine it on a neon sign in Times Square) and legible at all sizes (from billboards to mobile devices). That said, there are many ineffective logos that follow these rules. What sets the great ones apart is that they help audiences connect with the organization's mission or personality in a meaningful way.

A memorable logo might be deceptively simple. Or it might have multiple levels of interpretation that allow us to fall in love with it over time, as we see it applied to advertising, business cards and websites. And while there is no certainty that a logo will stand the test of time, one way to prevent it from quickly becoming dated is to eliminate unnecessary content and to resist anything trendy.

The 20 logos showcased on the following pages were thoughtfully crafted with unique characteristics and wit that lend them eye-catching appeal and longevity. Let them be an inspiration as you create the public face of your own organization. 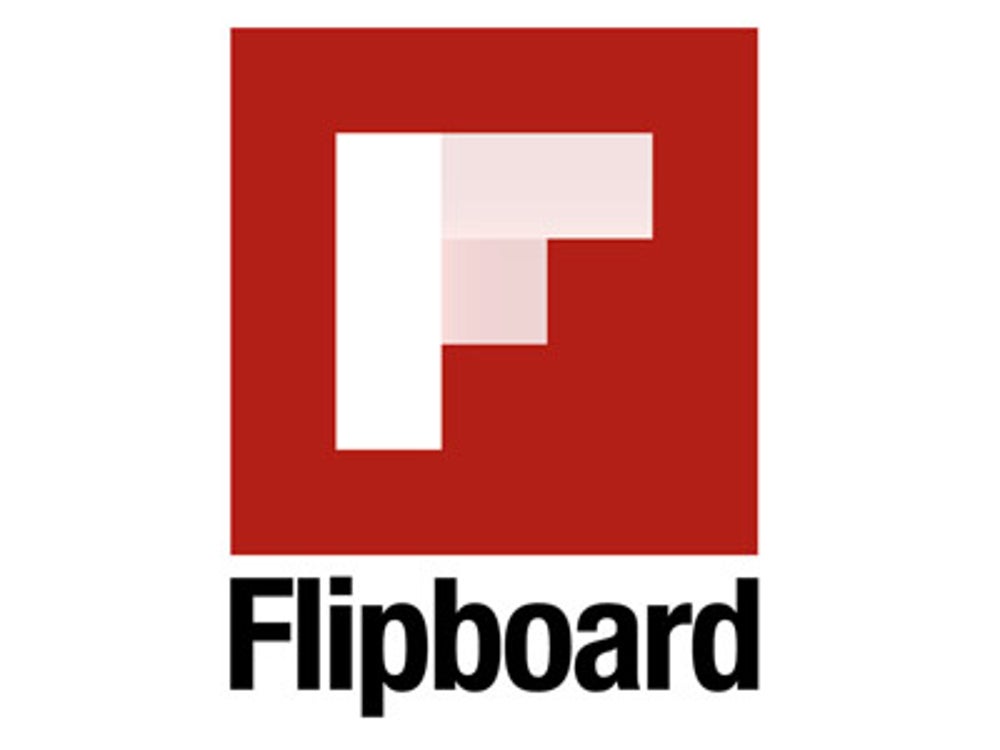 Rectangular panels of varying opacities on this F-shaped logo mimic the "page-turning" motion employed by this digital service, which allows users to create a grid-based magazine of online content. 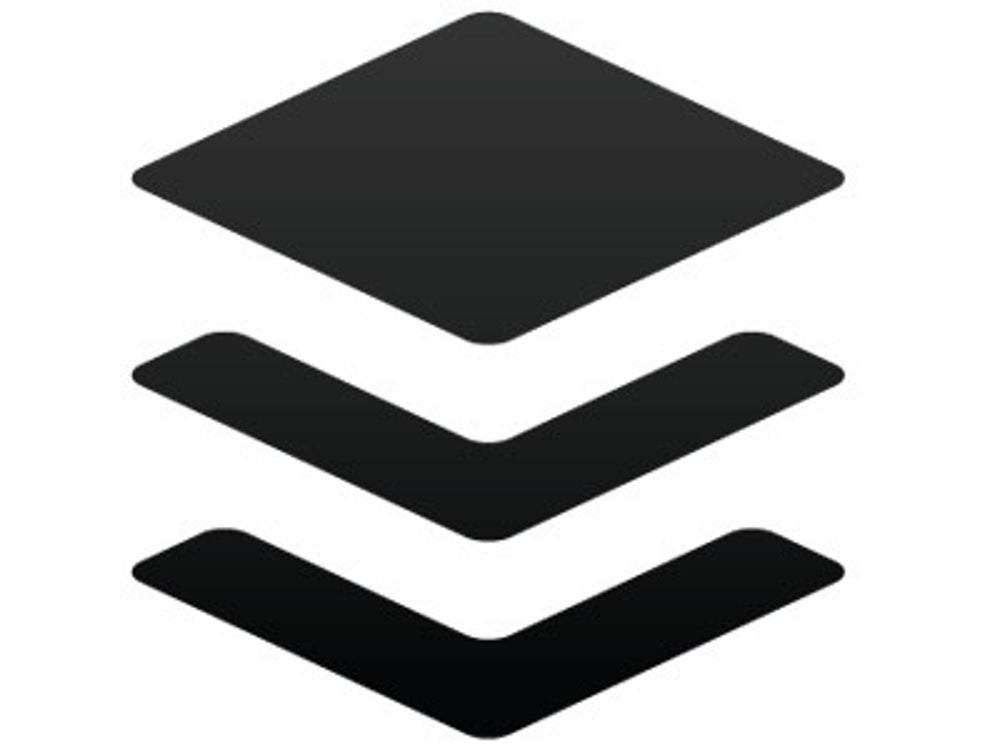 Simple, layered shapes, set at an angle, form the logo for this social media app, which organizes the way people share articles, pictures and video online. The logo likens the app to an instantly recognizable, universal object: a paper organizer.

The logo for this app that helps people remember things features, appropriately enough, an elephant; the trunk is tucked squarely under its mouth, as though it is nourishing itself with information. The tip of the ear folds down as an "earmark" to reference the app's functionality. 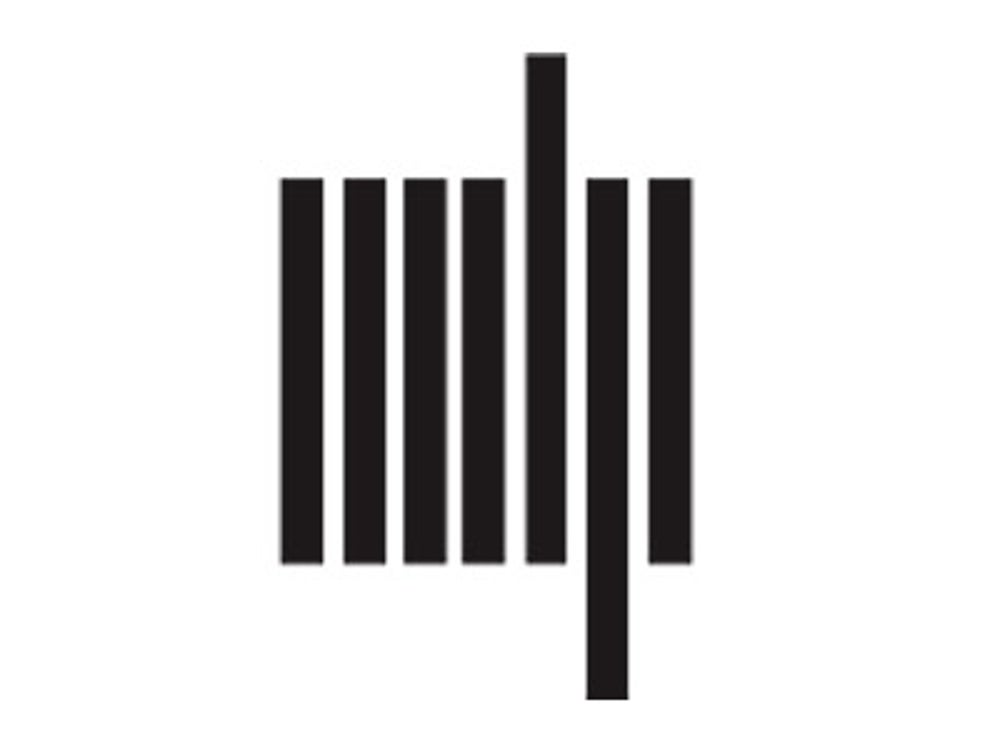 Seven rectangular bars form an abstract version of the acronym MITP for the logo of this university press. The symbol also references books on a shelf, or the bar code that appears on all books. 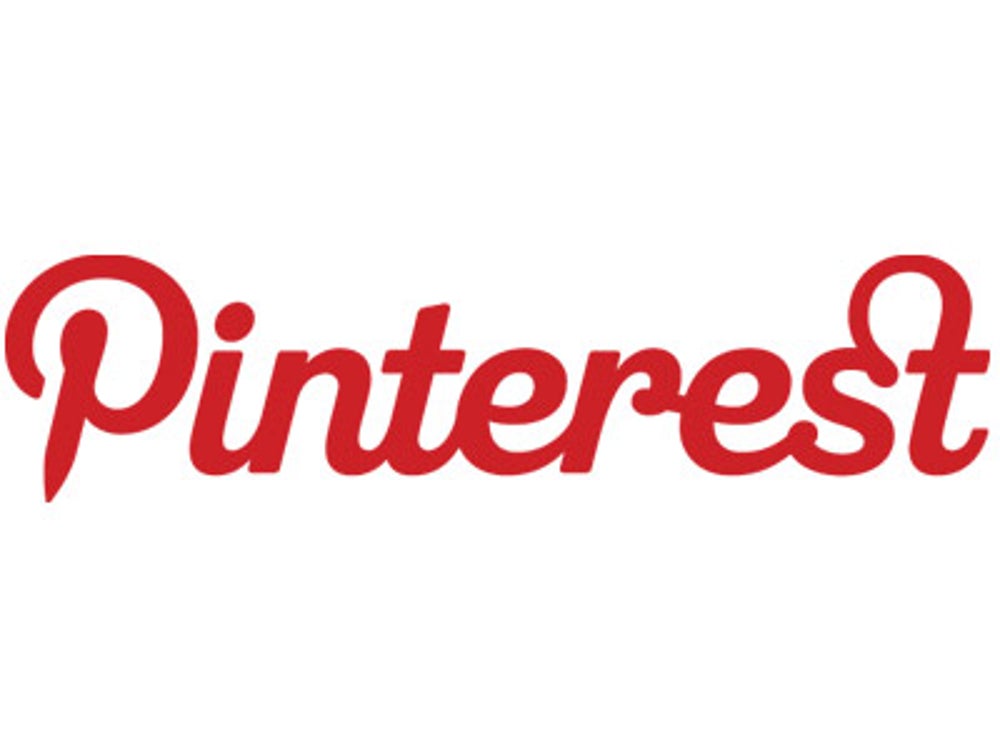 The head of the P and its sharpened point mimic a pushpin, replicating the function of this website. The connection between the S and T serves as counterbalance and reflects the site's sense of community. 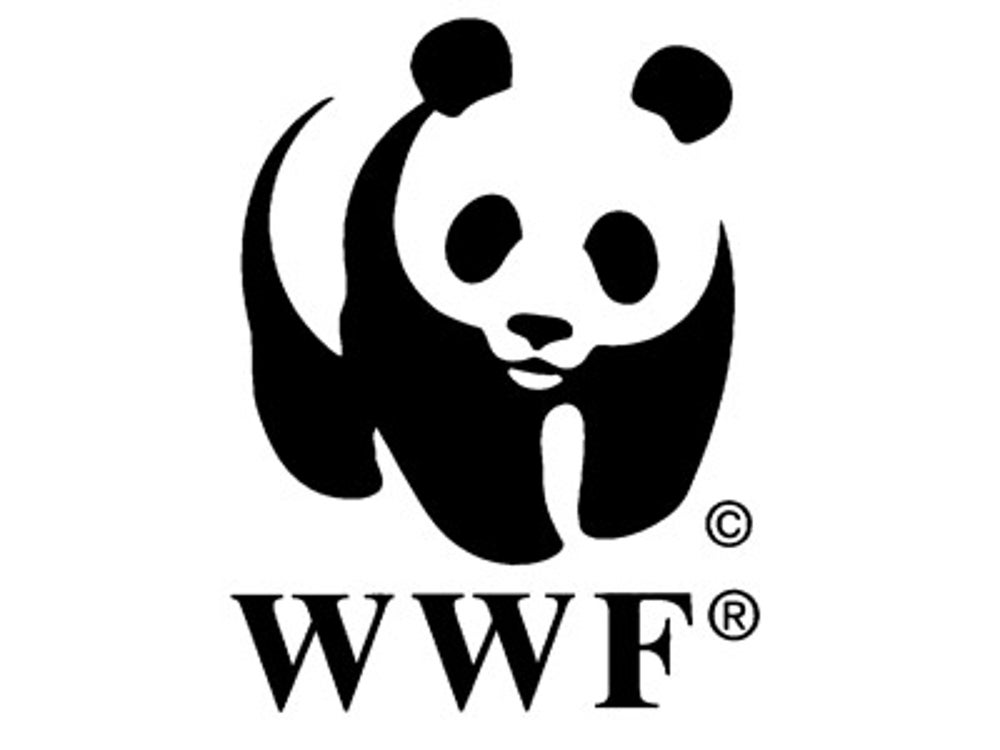 The first version of this logo appeared in 1961 with an outline on the panda. As the logo evolved, the line was eliminated; now the panda's white patches are represented through negative space. 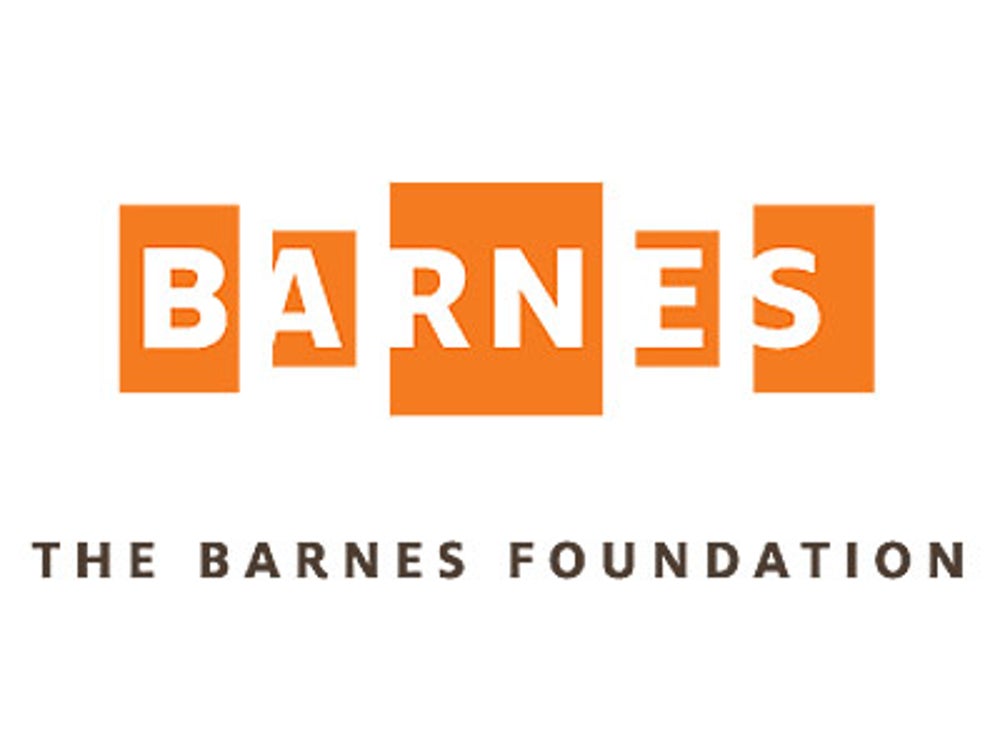 Letters on rectangles simulate paintings on gallery walls in this logo for the art institution. The shifts in size create perspective, giving the illusion that the A and E are farther away within the architecture of the building. 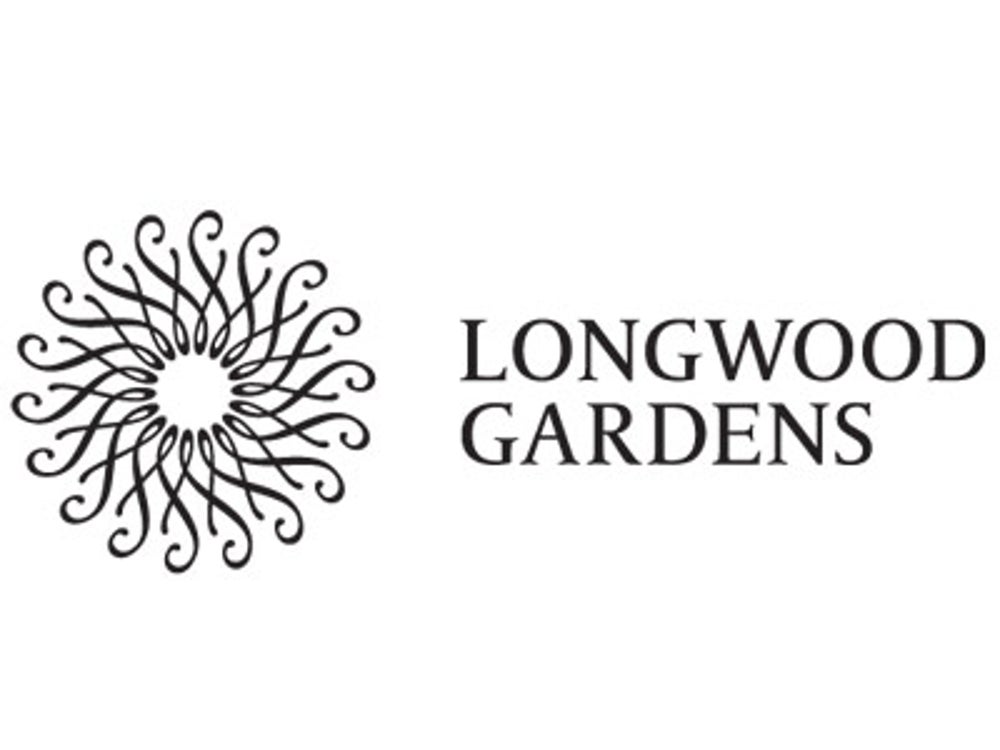 A cursive L rotates around the center axis to form a flower in this logo for a horticultural center--a simple design that's effective because of the choice of an ornate, graceful font. 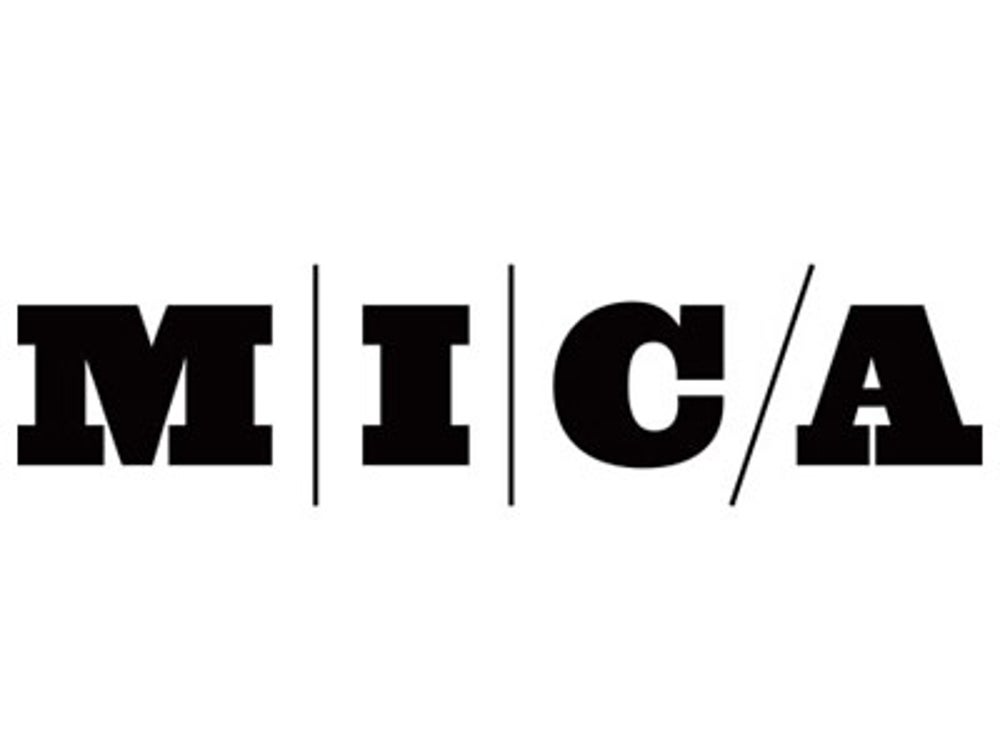 A diagonal slash adds contrast within the set of industrial letters, effectively filling the extra space that naturally occurs between the C and A. The slash also references the art school's modern architecture and suggests that the institution's philosophy is forward-looking.

The choice of a broad and symmetrical font allowed for the O's to be filled with dots, creating a pair of glasses with eyes--an appropriate choice for the logo of a magazine. 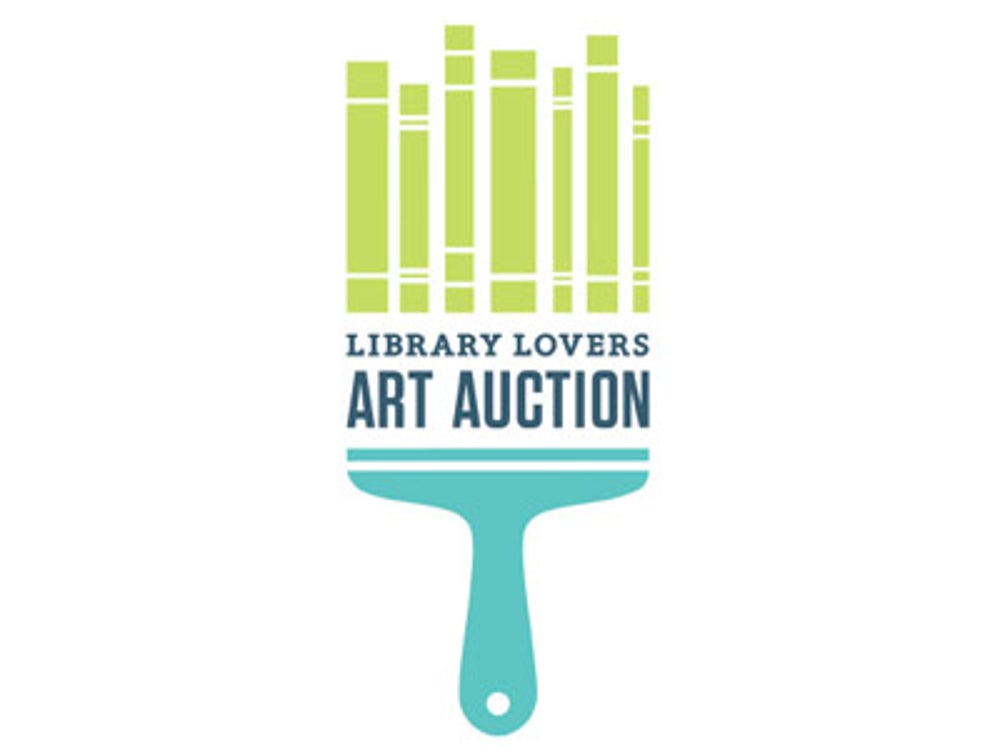 This logo has a fresh color palette and cleverly uses books to depict a paintbrush or, alternatively, an auction paddle. 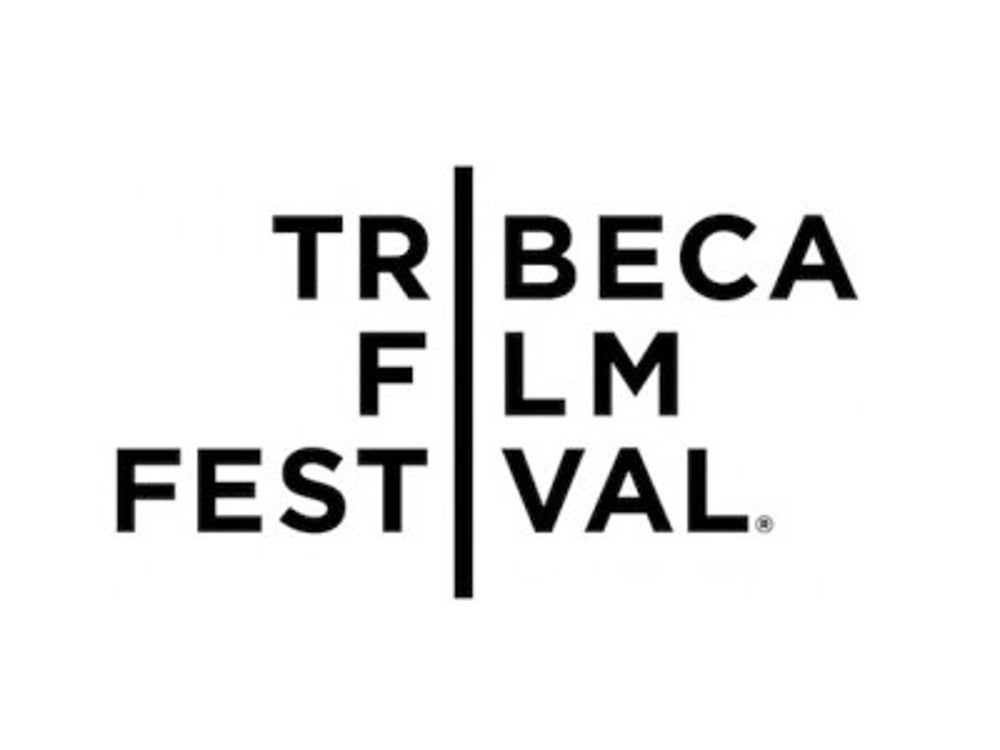 The three I's form a continuous vertical bar that brings stability to the logo and is a reference to either a strip of film, a ray of light emerging from a projector or the flat surface of a screen.

The Center for Urban Pedagogy 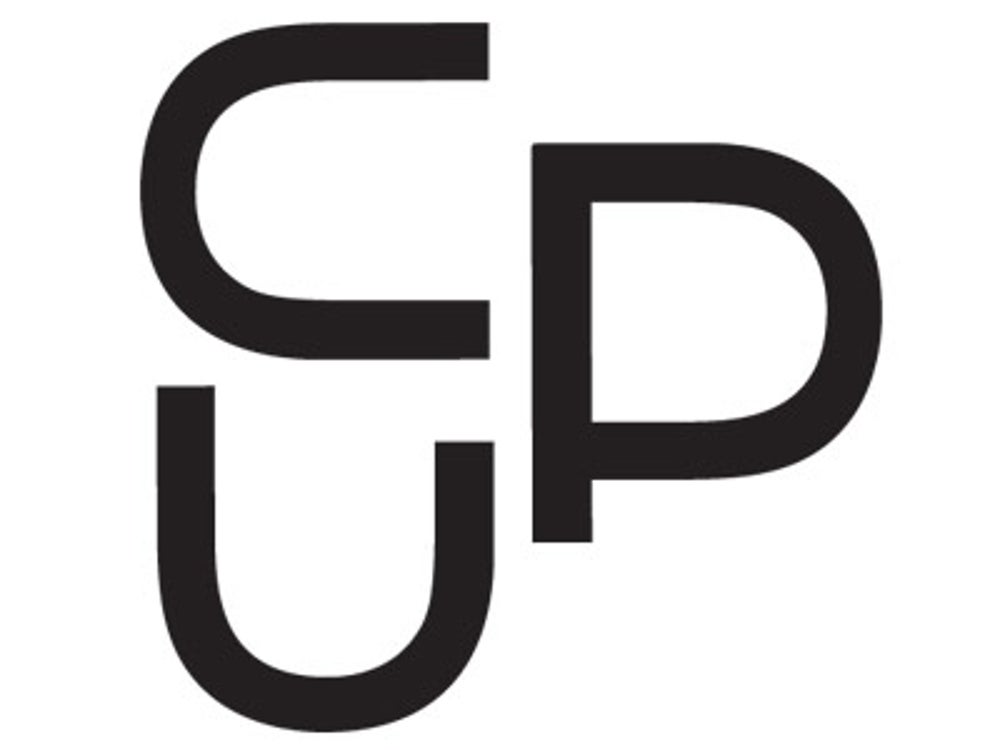 The acronym CUP is spelled out with a repeating cup-like shape. The cups are oriented in three directions, demonstrating the variety of the organization's work. 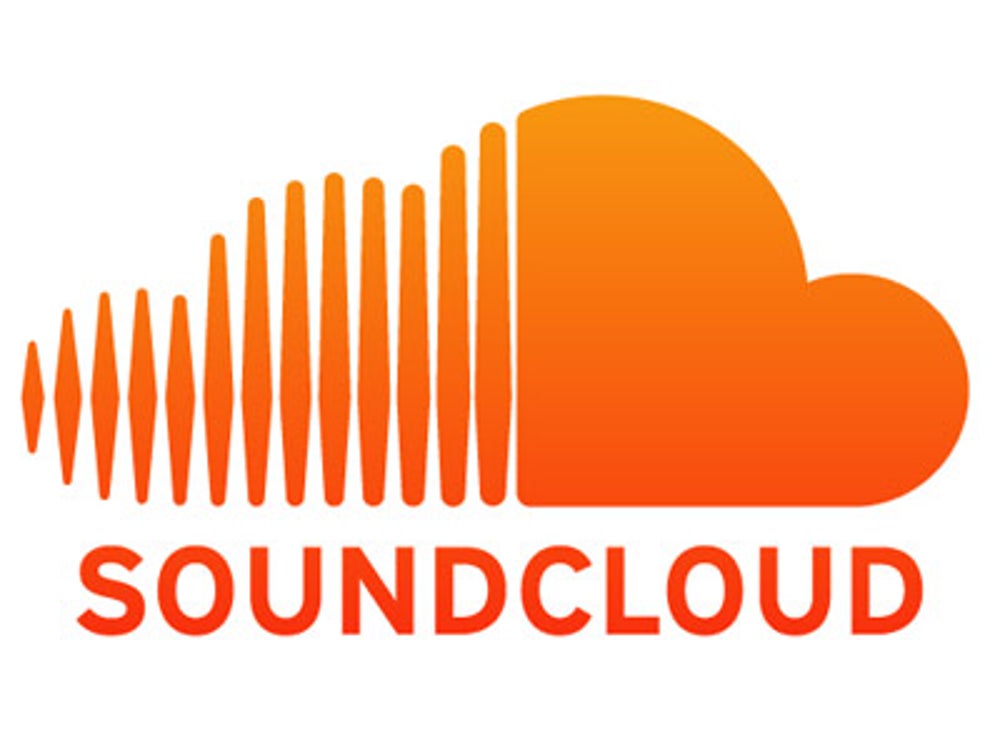 The vertical lines resemble the bars of a sound wave in this logo for the social audio platform. The visual transformation to a solid shape suggests that the remote cloud of music is secure and, more important, offers clear audio. 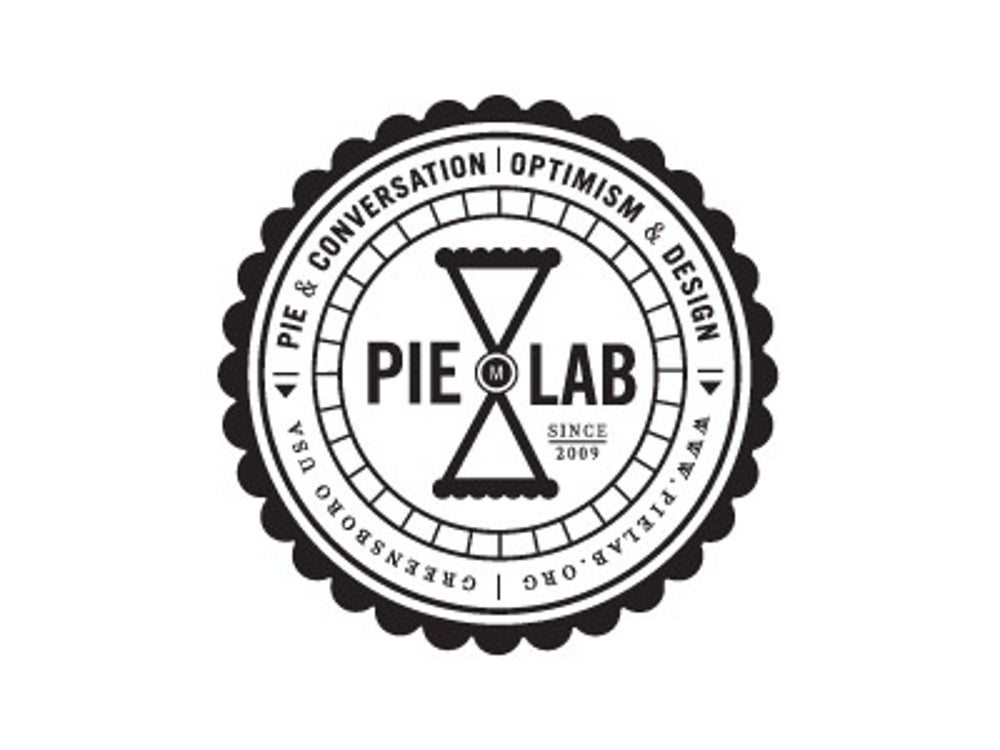 This nonprofit, whose mission is design for social change, is a venue for pie and conversation. A pie shown from above has within it two slices that take the shape of an hourglass, indicating that PieLab is a place to linger. The industrial quality of the logo reflects the founders' design origins. 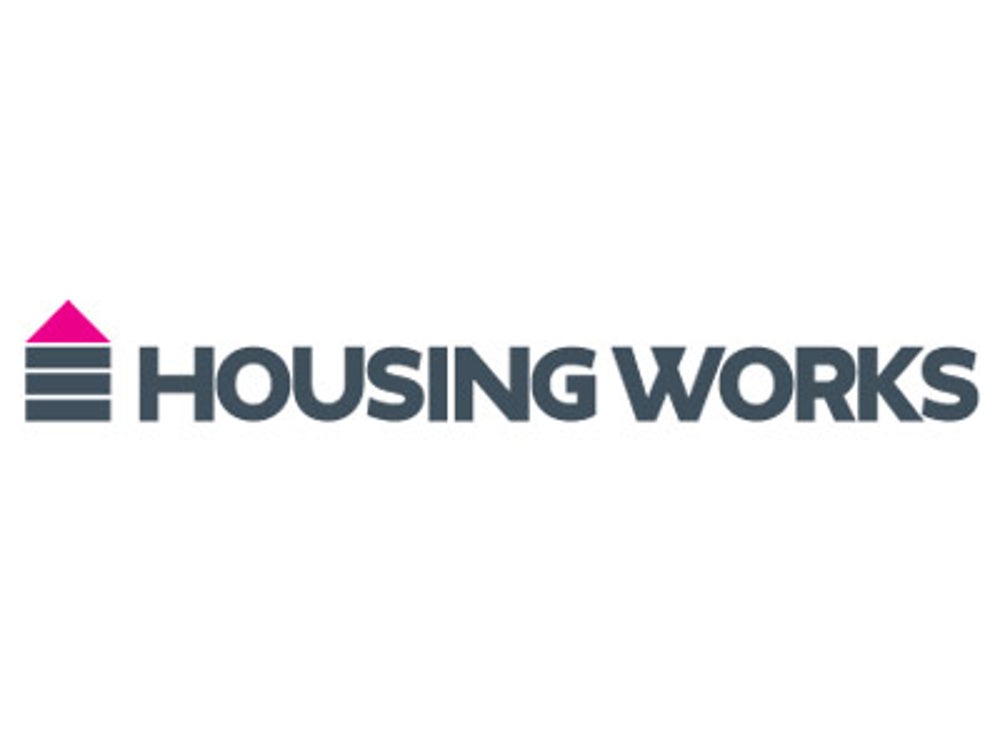 The simple rectangles and triangle in this logo depict the focus of this organization: providing a most basic need, housing. The upward-pointing pink arrow provides contrast and communicates a sense of positivity and progress. 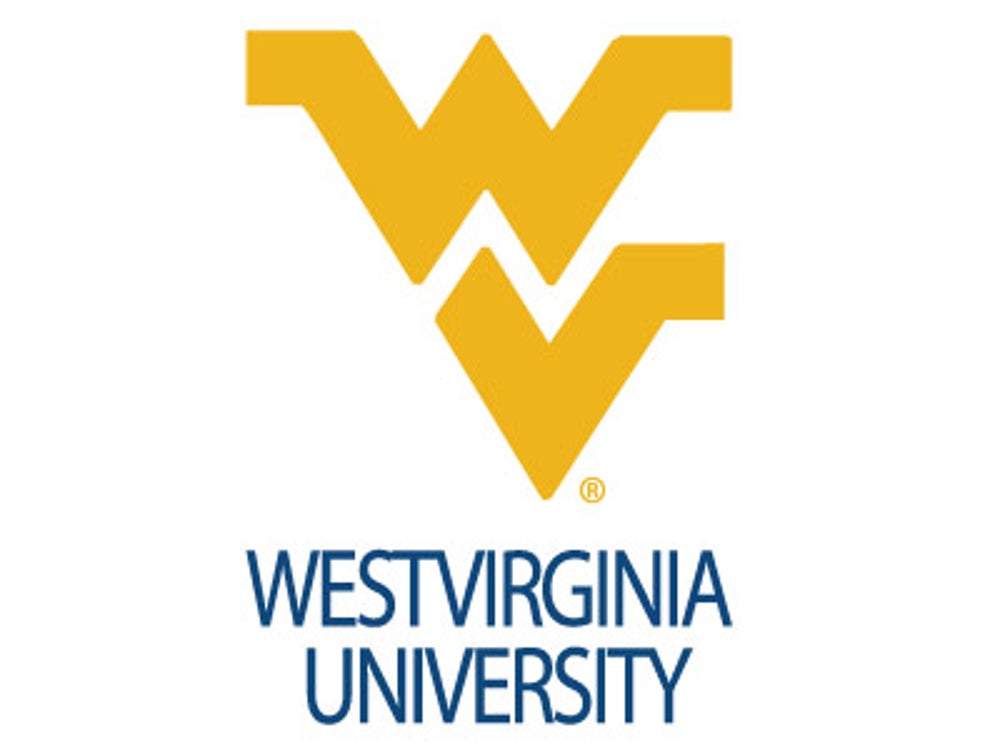 The state's initials tuck together to form a shape that references the mountain ranges surrounding the school. 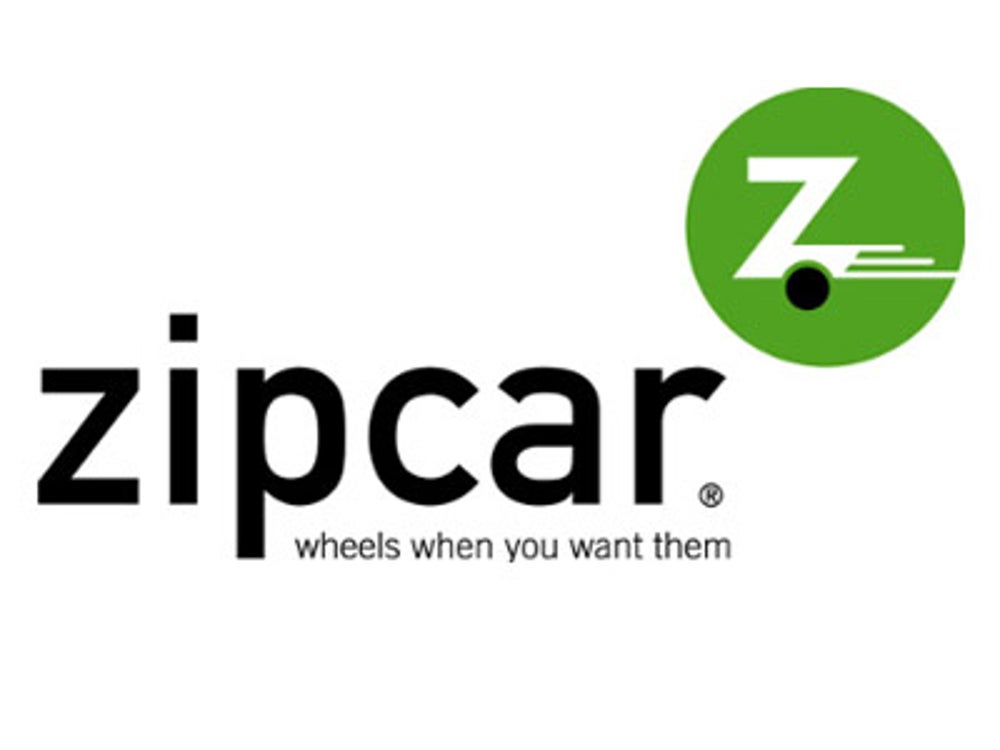 The Z is transformed into a moving car with the help of a trailing airstream that indicates speed and efficiency. The logo sits comfortably within a green circle reminiscent of a "go" traffic light; the color also signifies progress and sustainability. 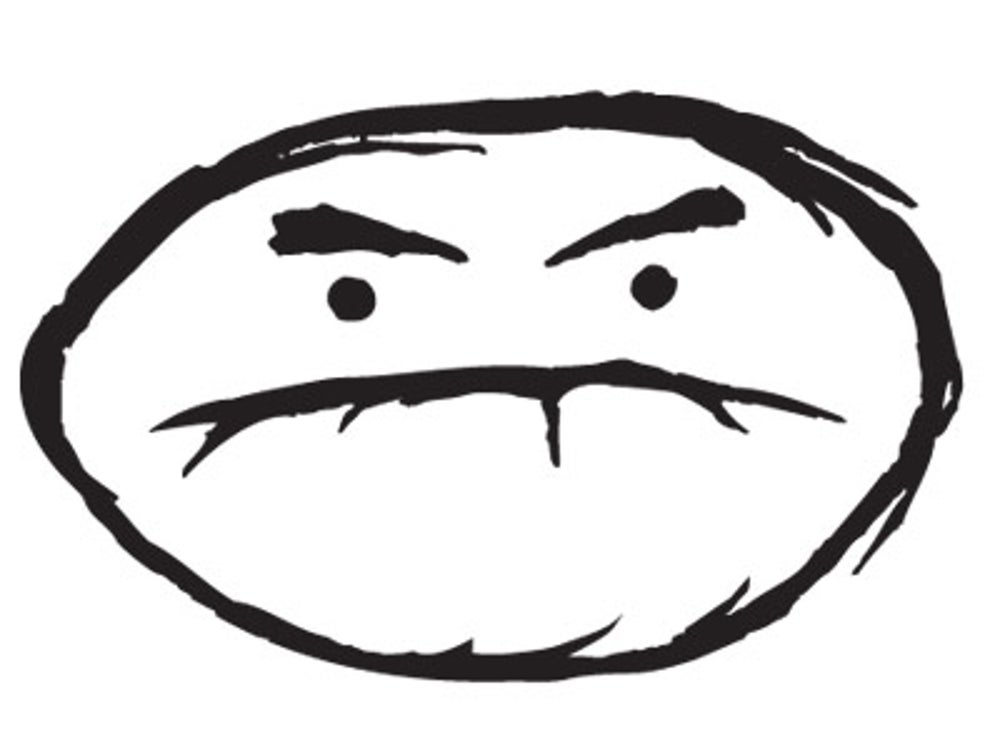 The coffee bean is rendered as a face, in a humorous gesture that sets this mini-chain of New York cafes apart and gives it a human quality amid its corporate competitors. 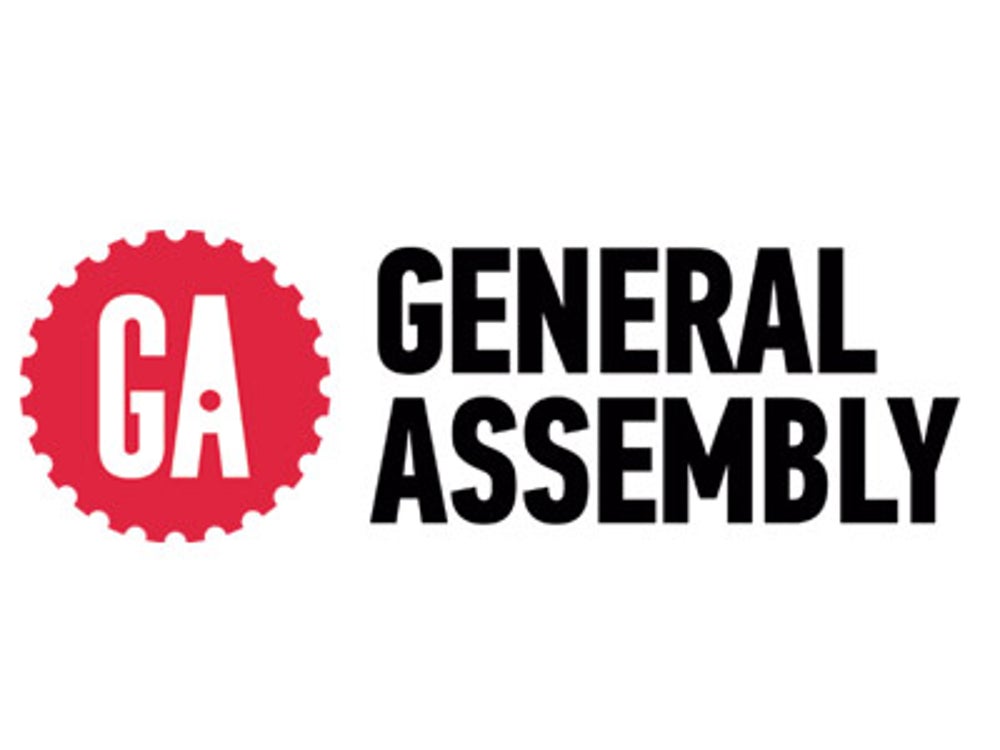 The logo for this educational organization indicates collaborative, creative energy through the use of a bold red gear, which can be imagined in rotation thanks to the hole in the A of the acronym.