How Entrepreneur Friendly are the Top 10 Startup Hubs?

Andrea Huspeni
Founder of This Dog's Life
May 14, 2013 min read
Opinions expressed by Entrepreneur contributors are their own.

Silicon Valley, Boston, Los Angeles, and New York's Silicon Alley can all boast about their status as top startup hubs for venture capital investment. But when it comes to ease of launch, some of these top cities were found wanting.

We examined the "2013 Thumbtack.com Small Business Friendliness Survey," which focused on ease of starting a business and compared it to National Venture Capital Association's annual ranking of the U.S.'s top cities for investment deals completed. The Thumbtack survey, which was conducted in partnership with the Kauffman Foundation, polled 7,766 small-business owners across 57 cities and evaluated the areas based on a number of criterion including overall friendliness, ease of starting a small business, tax code fairness and licensing regulations.

Here's a look at the top 10 startup hubs and how they fared on a scale of entrepreneurial friendliness. 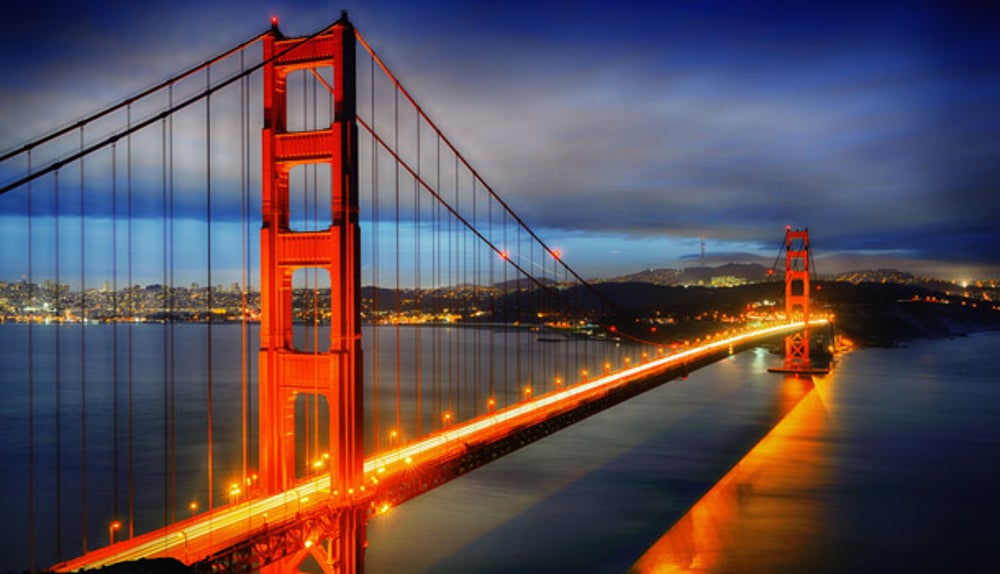 Overall Grade: C
Part of the Silicon Valley region, venture capitalists invested more than $5.6 billion last year in startups like Pinterest and closed 636 deals. While San Francisco remains the top dog and mecca for investors, it doesn't fair as well when it comes to launching your business.  The city came in a disappointing 41th place, due to low friendliness scores in overall regulatory issues, hiring regulations, taxes and licensing. On a positive note, San Francisco scored a B+ for training and networking programs. 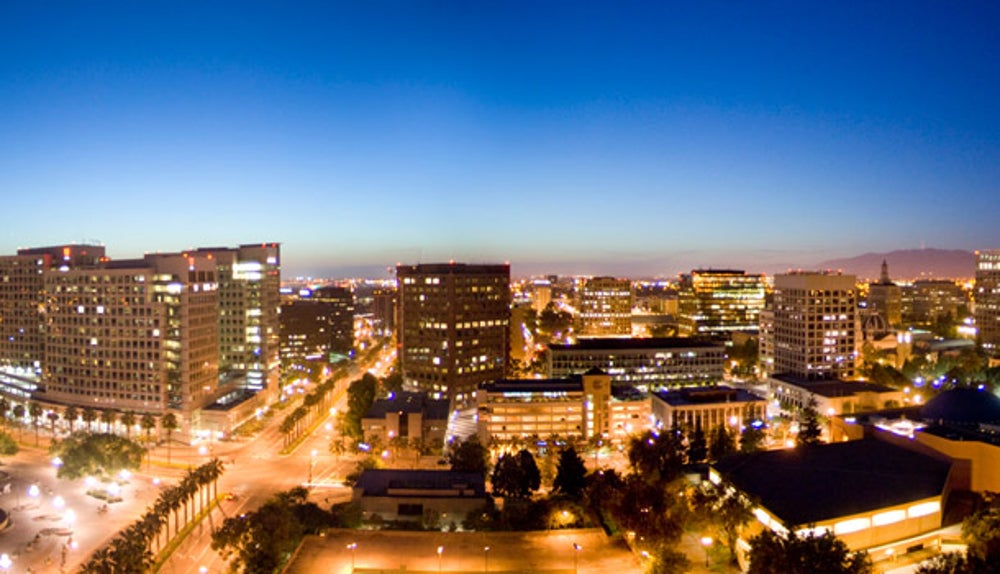 Overall Grade: D+
The other counterpart to Silicon Valley, San Jose, reaped the benefits of being in close proximity to a multitude of investors, mentors, universities and huge companies like Google. In 2012, the city closed 415 deals, with $4.07 billion invested in the community. Sadly, when it comes to starting a business in San Jose, it echoes the fate of neighbor San Francisco. Coming in 46th place, San Jose got low marks in overall small-business friendliness, the ease of starting a business and zoning requirements. The city's silver lining is ease of hiring new employees, where it scored a B+. 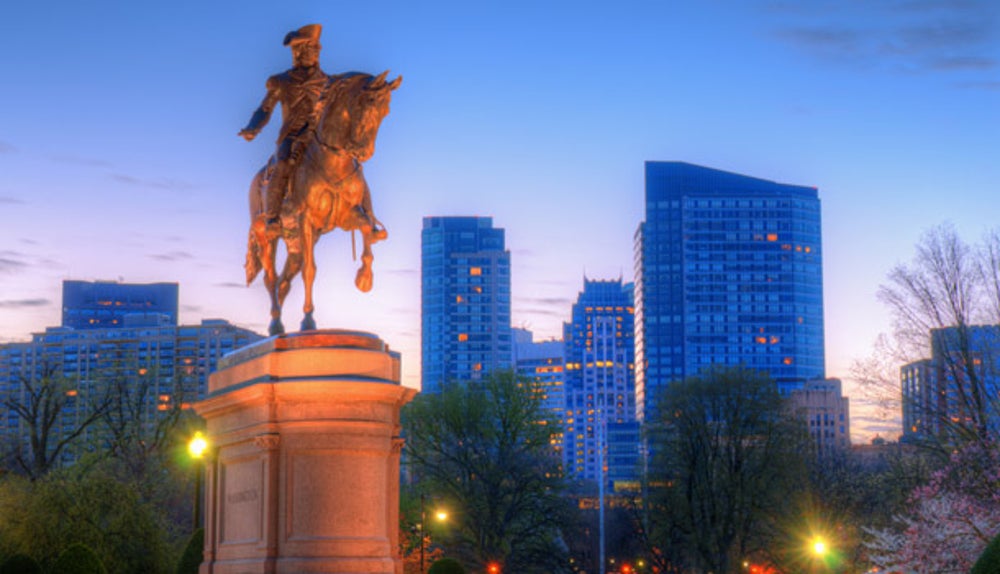 Overall Grade: C+
With a bevy of universities on its doorstep, including the prestigious Massachusetts Institute of Technology, Boston is also home to many entrepreneurs. While raking in $2.82 billion and securing 381 deals last year, the interest in Boston did little to counter its friendliness towards small businesses. Ranked 35th, hiring was the main issue for Boston. It received a D+ for ease of hiring and a C- for hiring, labor and employment regulations. The highest it scored in any of the 11 categories was a B-. Yikes. 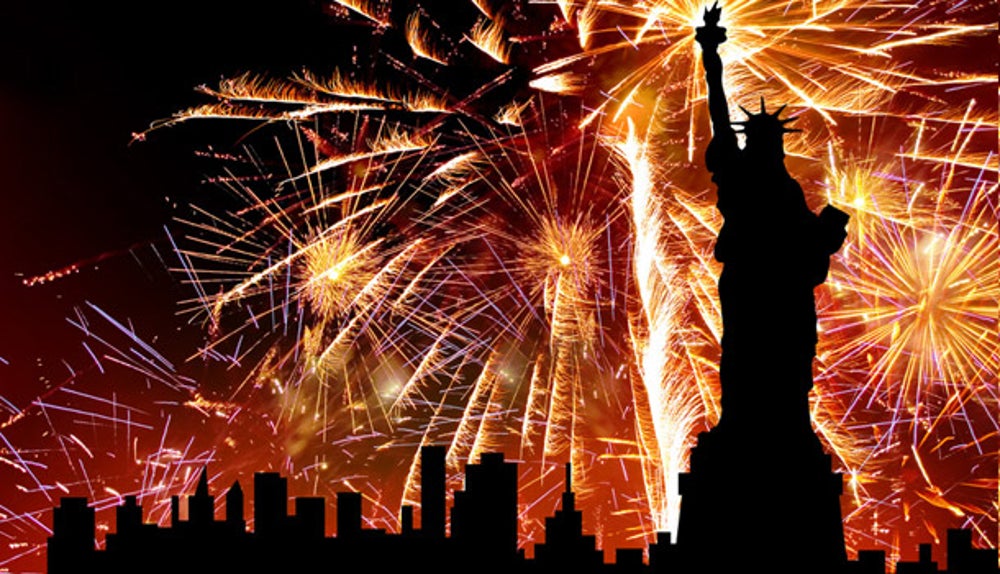 Overall Grade: C
Dubbed Silicon Alley for its similarities to Silicon Valley's ecosystem, a plethora of entrepreneurs migrate to the Big Apple to launch their startup. And rightfully so. Besides nabbing 302 investment deals last year and businesses securing more than $1.7 billion in equity, Mayor Michael R. Bloomberg is looking to take NYC to the next level with the recent We Are Made in New York program and the upcoming Cornell tech campus. Yet, it ranked only 37th for friendliness towards small businesses. The reasons why were all over the board with entrepreneurs finding it difficult to start a business in the city, not satisfied with health and safety regulations and unhappy with labor policies, to just name a few. On the bright side, the city scored high in environmental regulations and networking opportunities, receiving an A- and A, respectively. 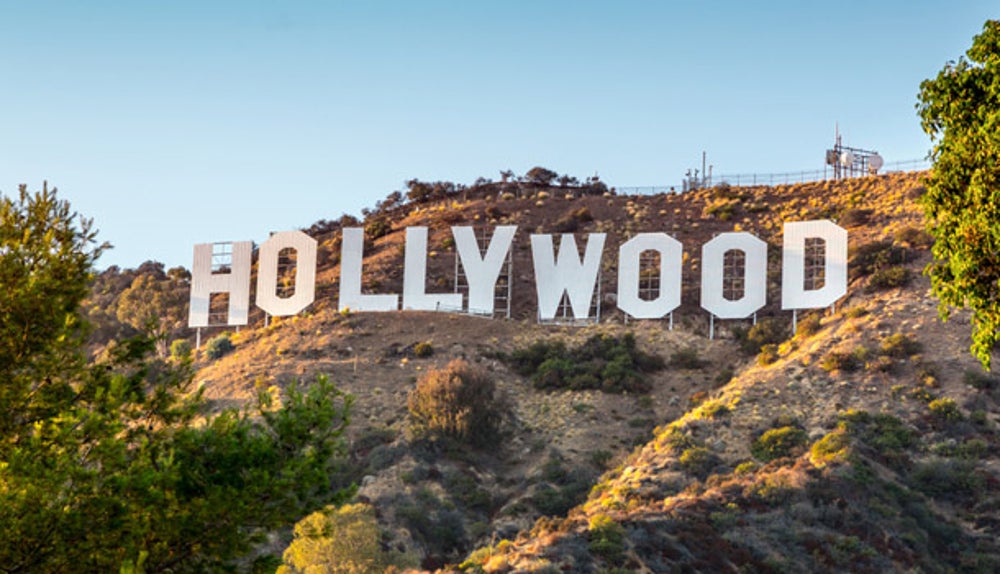 Overall Grade: D
Last year, investors poured $919 million into the City of Angels' businesses, leading to 181 closed deals. Besides having investor Ashton Kutcher on hand, LA is home to hot startups like social commerce conglomerate Beachmint. With all this hype, you might think Silicon Beach would be a great place to start a business. You would be mistaken. Landing in the 53rd position, it is obvious people are struggling when it comes to small-business issues. Getting D's in nine of the eleven categories, entrepreneurs were dissatisfied with everything from labor regulations to taxes to licensing. The only place it scored an above average B was in ease of bringing on new staff. 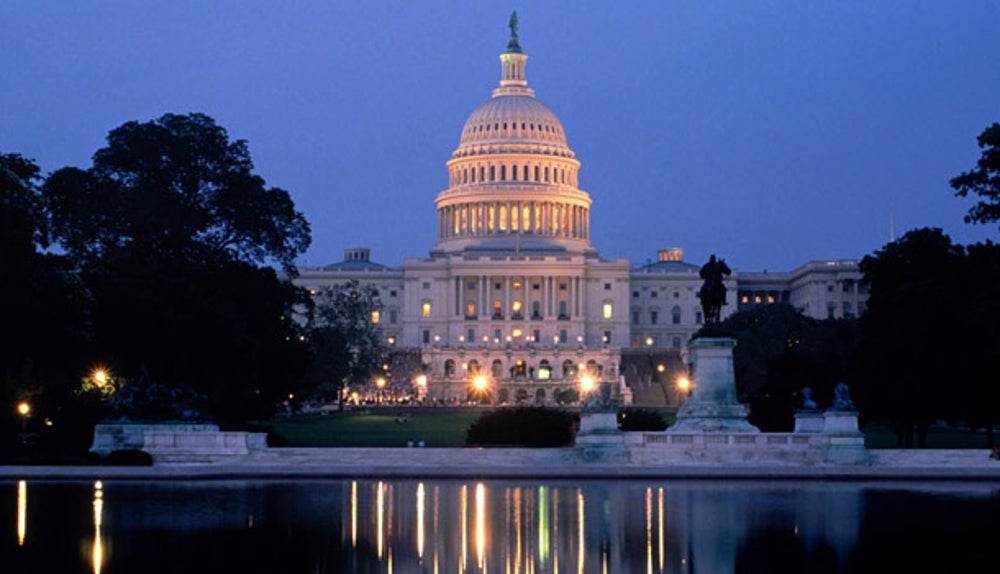 Home to huge startups like LivingSocial and up-and-coming ones like SocialTables, last year Washington D.C. managed to snag $475 million in investments and close 116 deals. Among the top 10 startup hubs, Washington D.C. ranked the highest in small-business friendliness landing in the 22nd spot. While entrepreneurs were disappointed when it came to ease of launching a company,the city received eight A's in everything from overall favorable regulations to friendliness of tax codes to zoning regulations. 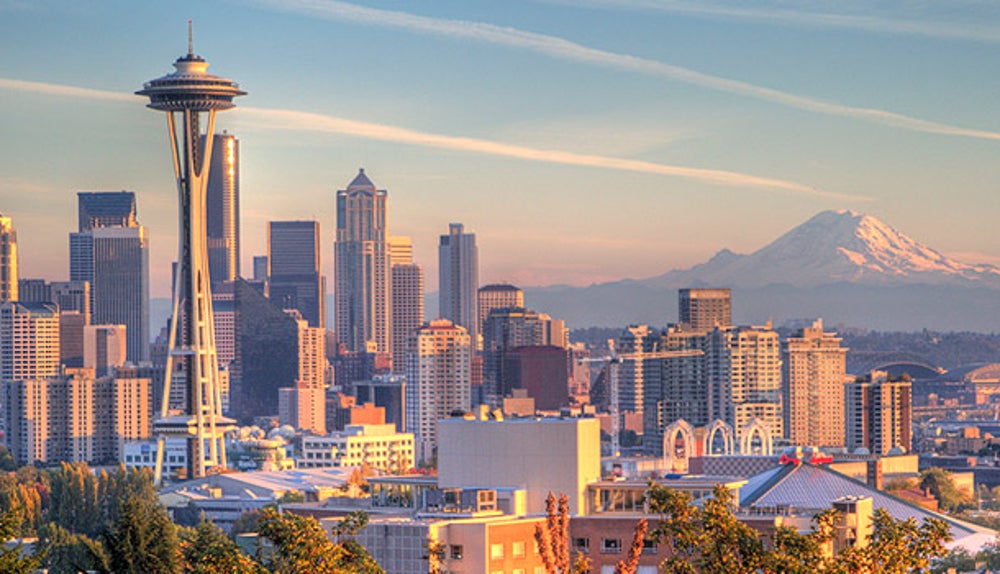 Overall Grade: B-
The Emerald City landed 111 deals last year with $885 million invested into its startup ecosystem. Heath tracking startup EveryMove and TechStars alum Sandglaz were among the companies that got a little slice of the investment pie. Seattle scored relatively high on the friendliness survey, coming in at number 28. Entrepreneurs rallied behind the city when it came to ease of starting a business but gave average C marks on other matters like tax codes, employment regulations and overall regulatory friendliness. 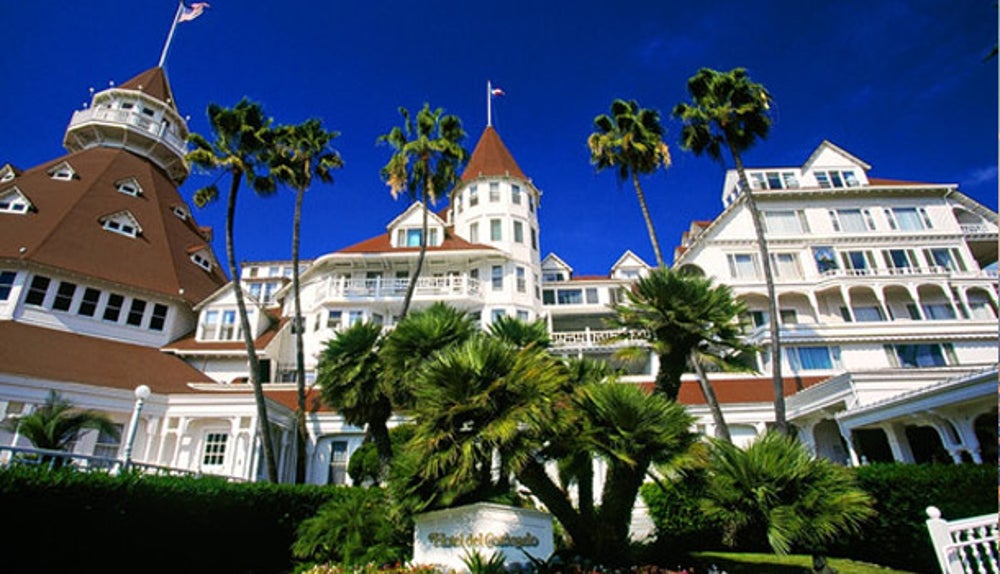 Overall Grade: F
In 2012, sunny San Diego secured 101 deals and scored more than $1.1 billion in cash from investors for companies like analytics startup Anametrix. Too bad its small-business friendliness score was on the stormy side. Among the top 10 startup ecosystems, San Diego scored the lowest, coming in at a pitiful 54th position (three spots from being dead last). The city received five F's and no grade above a C. San Diego failed when it came to policies concerning zoning and the environment. Entrepreneurs also weren't too keen about how difficult it was to start a business and the city's overall friendliness towards startups. 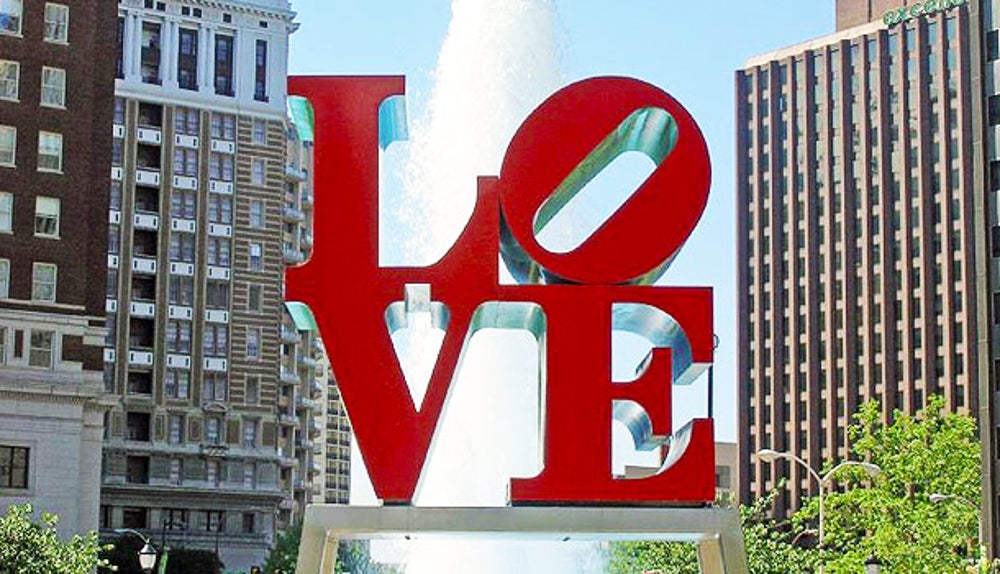 Overall Grade: D+
While Philadelphia only secured $338 million in equity, it did manage to reel in 98 deals thanks to investments in companies like appRenaissance and its popular accelerator DreamIt Ventures. But when it comes to small businesses, the City of Brotherly Love can be stingy. Getting six D's and two F's, entrepreneurs were dissatisfied with its networking opportunities, licensing regulations and overall policies, to name a few. 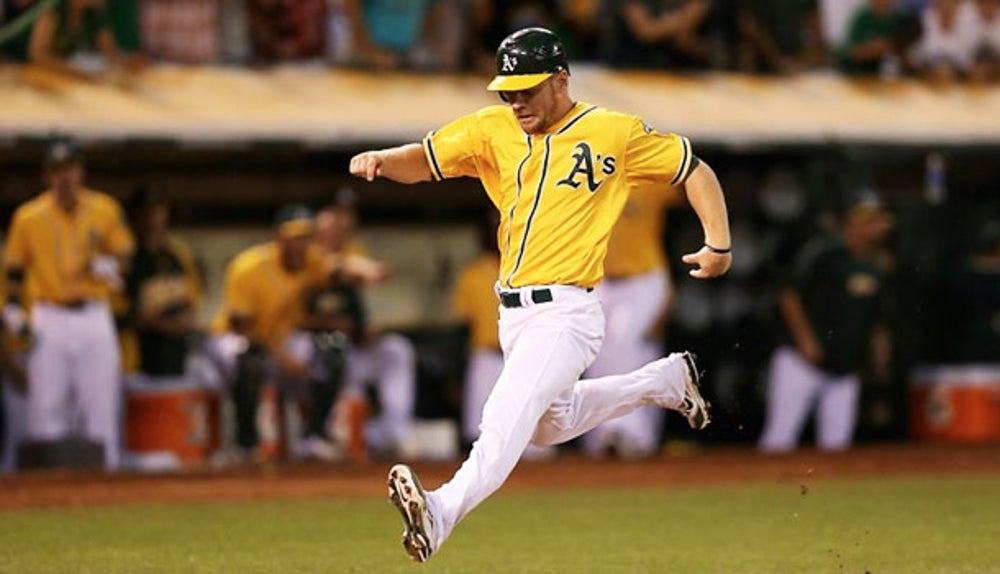 Overall Grade: D
Oakland closed 95 deals last year, amounting to more than $1 billion in investment equity. While Oakland's investments were higher than Philadelphia, the city didn't secure as many deals. In fact, the city has been in a downward spiral since 2008, a time when it was raking in 150 deals. How entrepreneurs view the city probably isn't helping either, as it is in the 51st spot. People are disappointed in everything from health policies to environmental and zoning regulations.