How 3-D Printing Is Becoming a Game-Changer Across Industries


3-D printing is hot. No longer an industry secret, the technology is transforming everything from medicine to home goods. With desktop models priced at about $2,000, more people are tinkering with consumer 3-D printing.

The global market for additive manufacturing products and services in 2012 grew 28.6 percent to $2.2 billion, according to an annual report from Wohlers.

"We have yet to conceive what will happen," said Ed Morris, director of the National Additive Manufacturing Innovation Institute (NAMII). A host of 3-D printed products were on display at this year's RAPID conference in Pittsburgh, revealing what's possible. 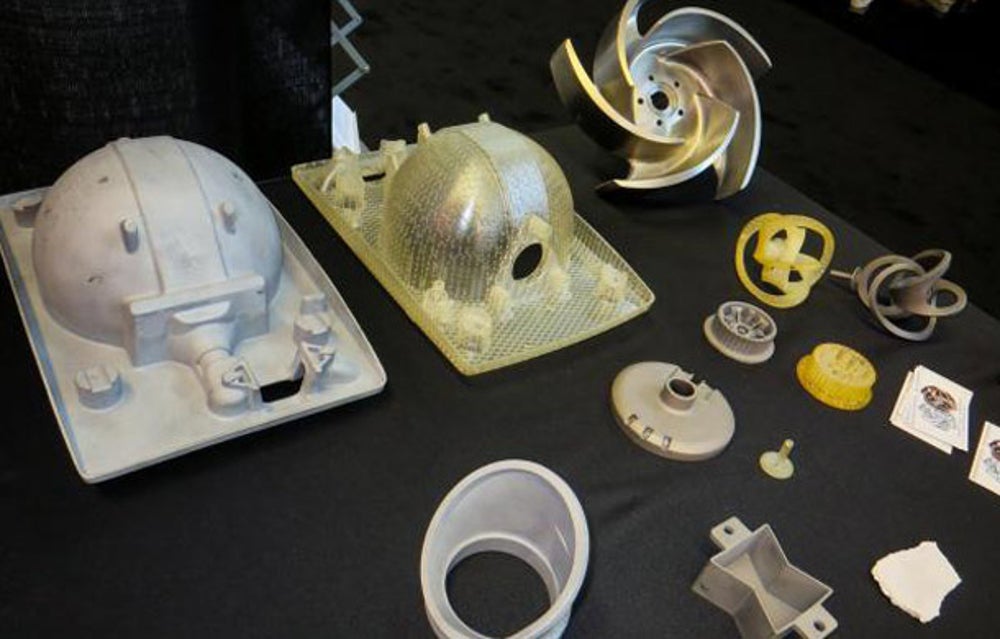 In additive manufacturing of metals, lasers are used to weld metallic powder into structures. In other applications, spools of metal wires are beaded into shapes. No longer reliant on shapes that conventional machines stamp out, precision-casting companies can make complex shapes that previously weren't possible.

Years from now, cars and other modes of transportation could be manufactured more cheaply and more quickly and domestically via 3-D printing. General Electric recently announced a design contest in which participants create a 3-D-printable design for an aircraft engine bracket. 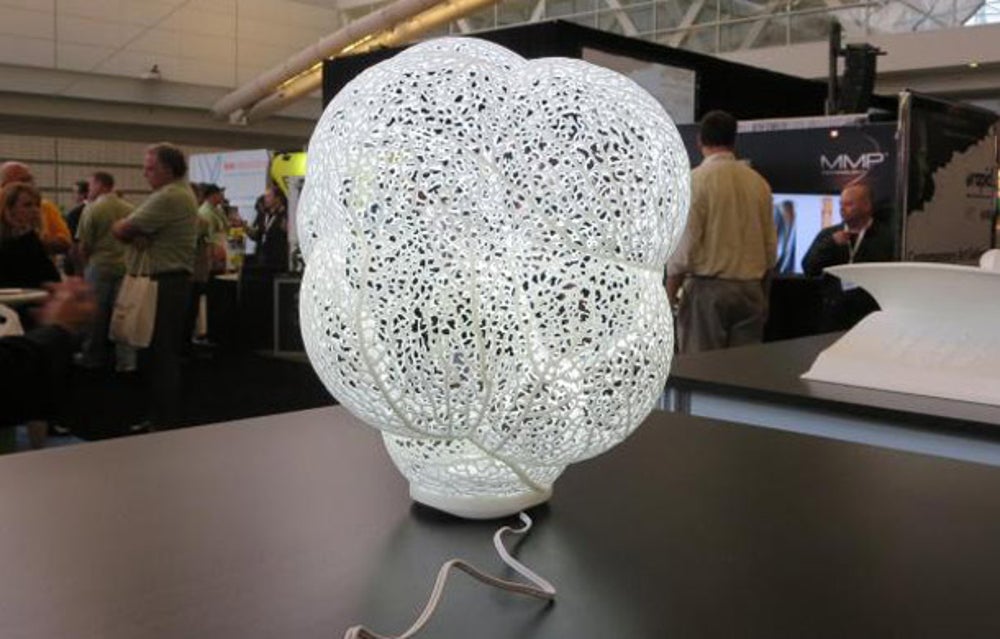 The object is a functioning lamp made with 3-D printing. Unlike traditional fabrication methods, additive technology allows for the custom creation of nonsolid, honey-comb like structures. You'll soon be able to design your own home goods. 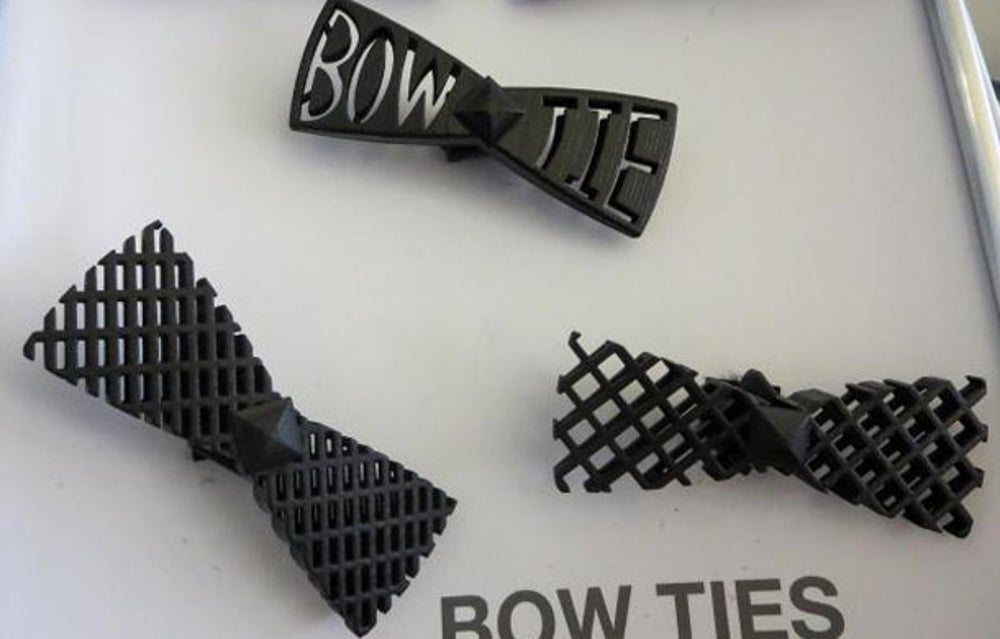 Furnishings and fixtures are just the beginning. Why not print wearable designs? Morris of NAMII wore one of these bow ties at RAPID. 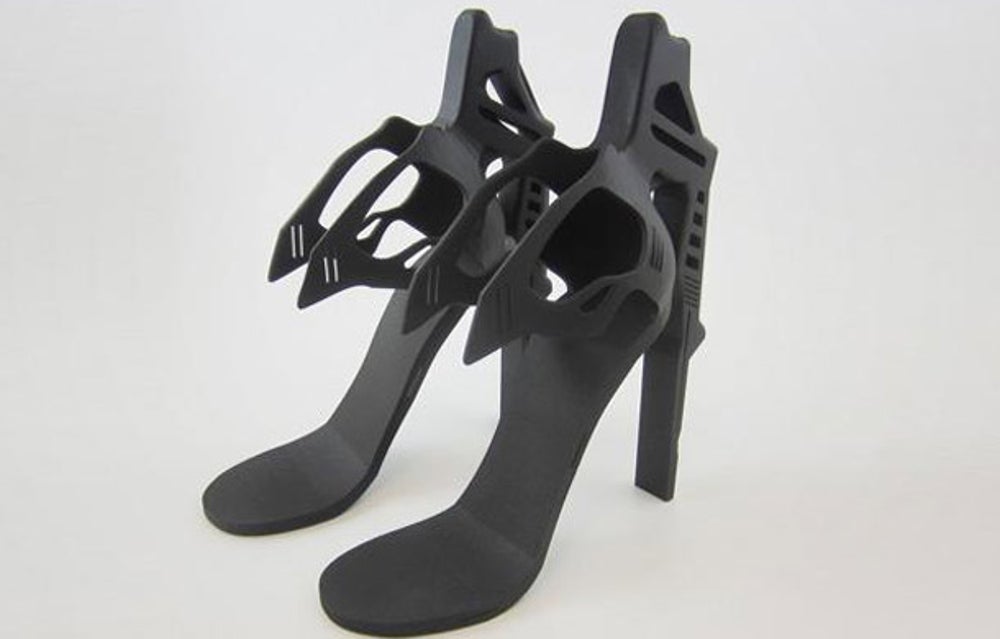 Pierre Renaux, a student at the Royal Academy of Fashion in Antwerp, has unveiled a line of shoes, all made using 3-D printing. Fierce and fabulous. 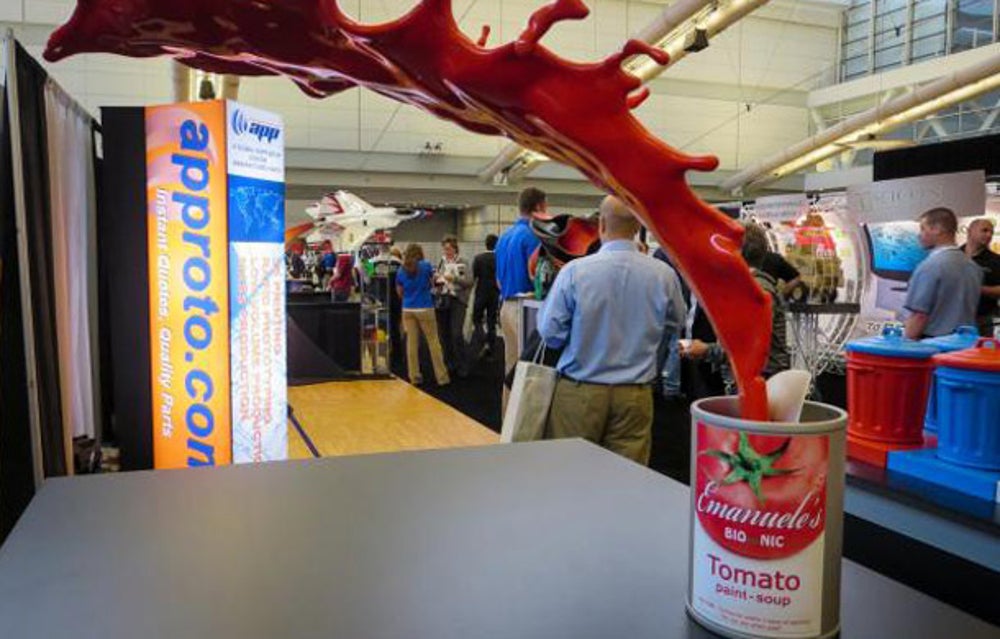 Just as Warhol mass-produced art using silk-screening techniques during the 1960s, so artists today can use 3-D printers.