It can be overwhelming if you're not prepared or are unsure what to expect.

This will be my third year attending and I've made a lot of rookie mistakes. Here's what I wish I had known my first couple times around.

As soon as you know you're attending SXSW, book a hotel room. 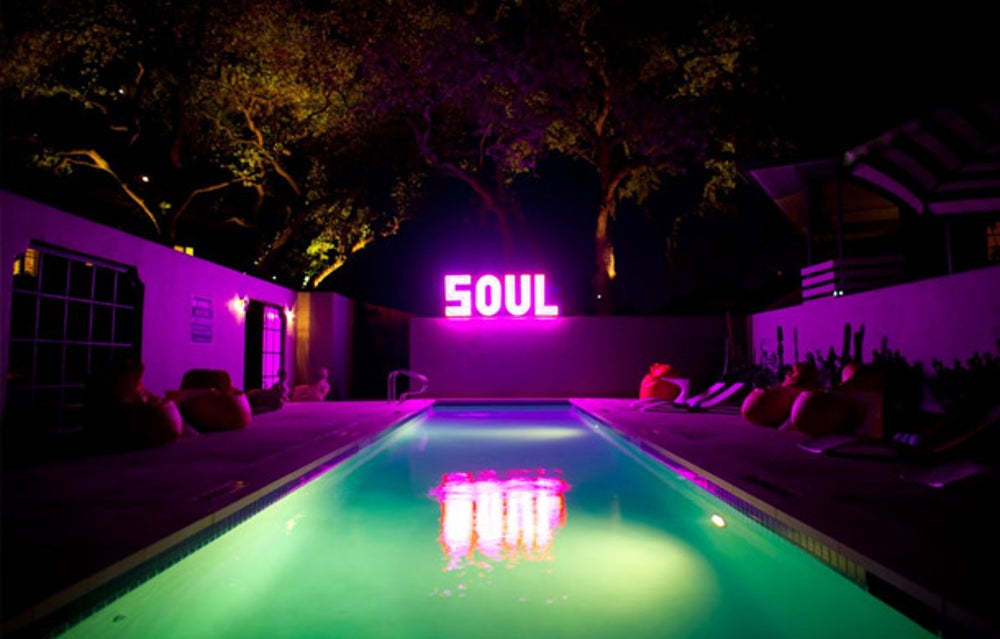 Two years ago, hotel rooms in Austin were completely sold out for SXSW's interactive portion by early December.

Last year, it was even worse. All of the hotels within a 20-mile radius were booked by October.

This year, I finally got smart. I booked a hotel the same day SXSW registration opened in August and I got my top hotel pick.

If you haven't gotten yourself a room, go on SXSW's site and register for housing. You can email the housing committee at SXSW to advise you on next steps. There's also Airbnb, but rates are as high or higher than local hotels, and most of those rentals are booked up too.

You can also call hotels in downtown Austin and find openings that aren't listed on the SXSW website. Often, those rooms are absurdly expensive, but there will be some last minute cancellations so you might get lucky if you call early in the morning.

Your best bet may be to surf LinkedIn, Twitter and Facebook for others in your situation. People set up message boards to help stragglers find housing.

Related: Here Is The Job Listing That Has Everyone Convinced Spotify Will IPO Soon

Try as hard as you can to get a hotel within walking distance of the convention center. If you can't, rent a car. 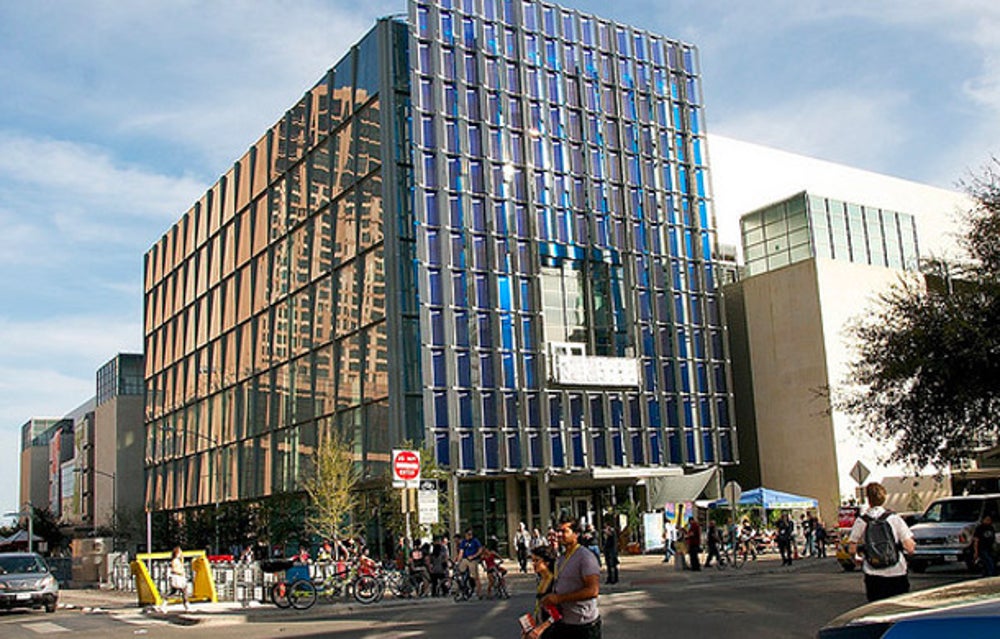 SXSW is held in the Austin Convention Center
Image credit: jdlasica via Flicker

There are only a few hundred cabs in Austin, which is not enough to support all 30,000+ attendees. There are a lot of pedicabs, but no bikers is going to take you across the highway or multiple miles to your hotel. Uber hasn't launched in SXSW either, so calling a car isn't an option.

While Austin is a walkable town, getting home is tough and the hotel shuttles stop running late at night. Your best bet may be to rent a car and stash it in a nearby lot during the day, and either stay sober at the open bars or come back for it in the morning.

If you have to stay driving distance from the convention center, don't buy an R&R Limousine shuttle pass. 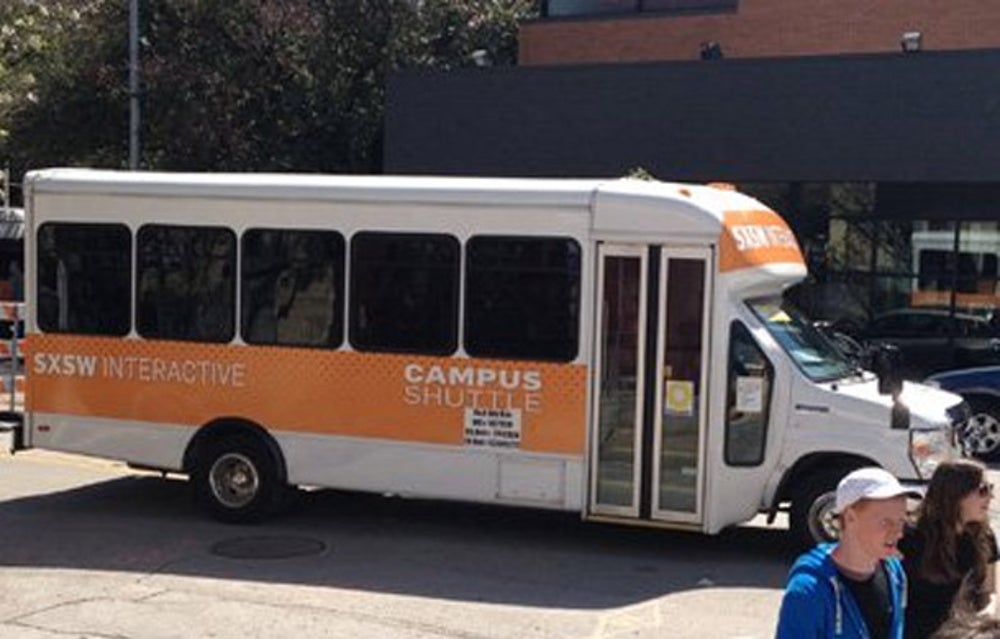 Forget R&R. There are plenty of other (reliable) ways to get around Austin.

SXSW pushes R&R Limousine's shuttle service to attendees because it is the official transportation sponsor of the event. Don't fall for it

The pass costs $70 for five days or $20 per ride. But it doesn't operate on a set schedule. It will roll up to your hotel when and if it feels like it.

The service says to expect the shuttle every "30-45 minutes"; It also warns people not to waste the company's time calling if you don't see an R&R shuttle.

I magically caught the shuttle service three times while in Austin. The other times I bummed a ride or shared a cab with other attendees. It makes more sense to rent a car than to cross your fingers and pray a ride shows up.

You'll need some apps to manage the experience. 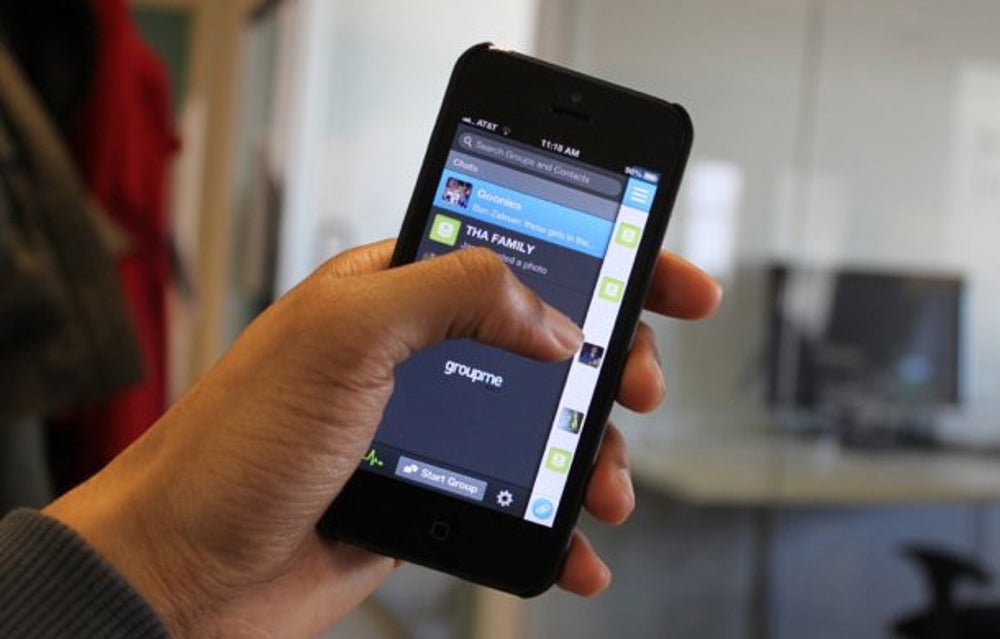 There were a few apps I used heavily at SXSW last year that helped me stay on schedule and interact with friends.

There's a SXSW app, SXSW GO, that helps you keep track of the panels you'd like to attend. You can favorite events so you know what's coming up and where you need to be at all times. You can also share your schedule with other conference goers.

A few other apps worth getting:

Check the weather before you go and pack accordingly.

Everyone thinks Austin is this sunny, happy place.

It is most of the time. One year I went there was a torrential downpour.

Pack conference clothes, jeans for parties and an umbrella for impending rain.

Carry a phone charger with you at all times. 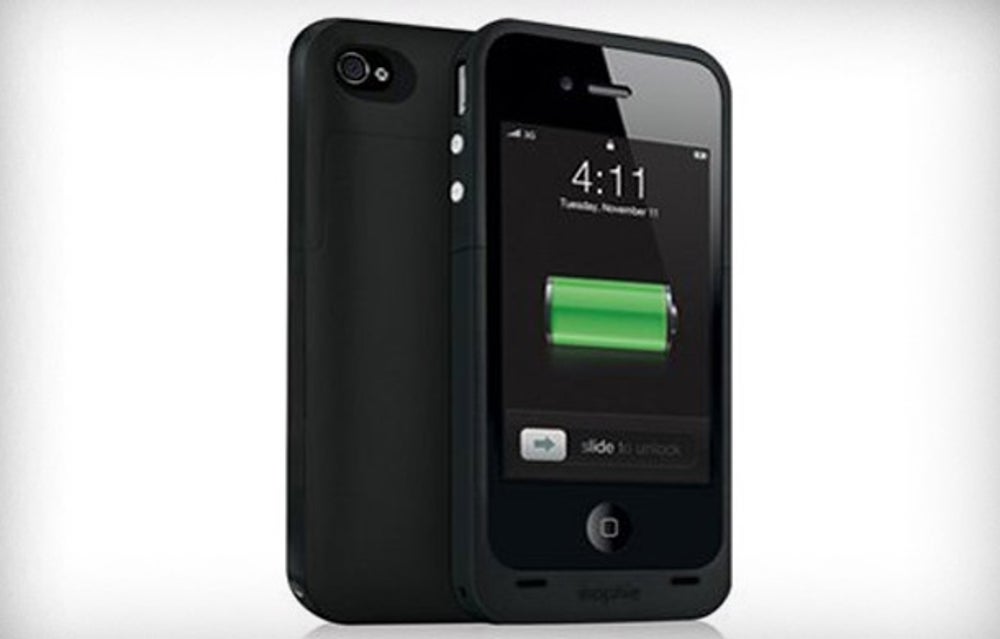 A lot of people had Mophie cases to give their phones extra juice.
Image credit: Best Buy

You'll be on your phone all day at SXSW making plans with people, swapping numbers, and using Google Maps to navigate Austin.

The battery drains quickly. Many people carried their iPhones in Mophie charger cases to give their devices extra juice.

If you're overwhelmed by the number of panels, sort the list on SXSW's site by "venue." The ones in the Austin Convention Center are often the best. 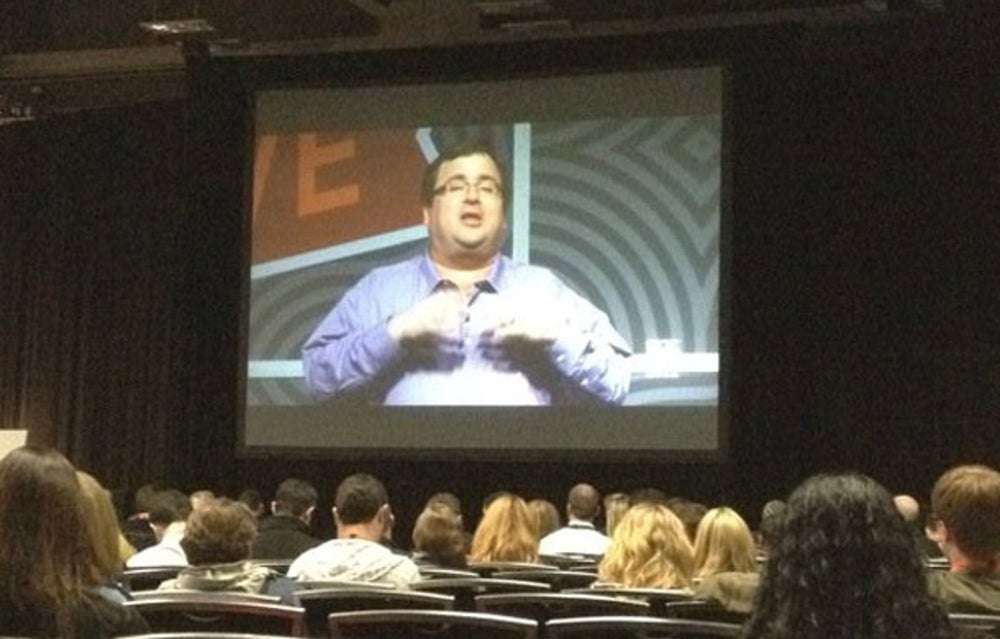 Reid Hoffman's talk in the Austin Convention Center at SXSW 2012.

There are thousands of panels scheduled over the course of South by Southwest, with twenty or more crammed into the same time slot, hosted all over Austin.

You should poke around on the SXSW schedule site before you get to Austin to plan your days. But if you're short on time, search the list of panels by conference venue.

As a general rule of thumb, the most in-demand sessions are held in the Austin Convention Center because it has the biggest auditoriums.

There are some hidden panel gems outside of the convention center, but it will take some time to dive through the agenda.

That said, many of the panels are poor so make sure you don't waste your time. 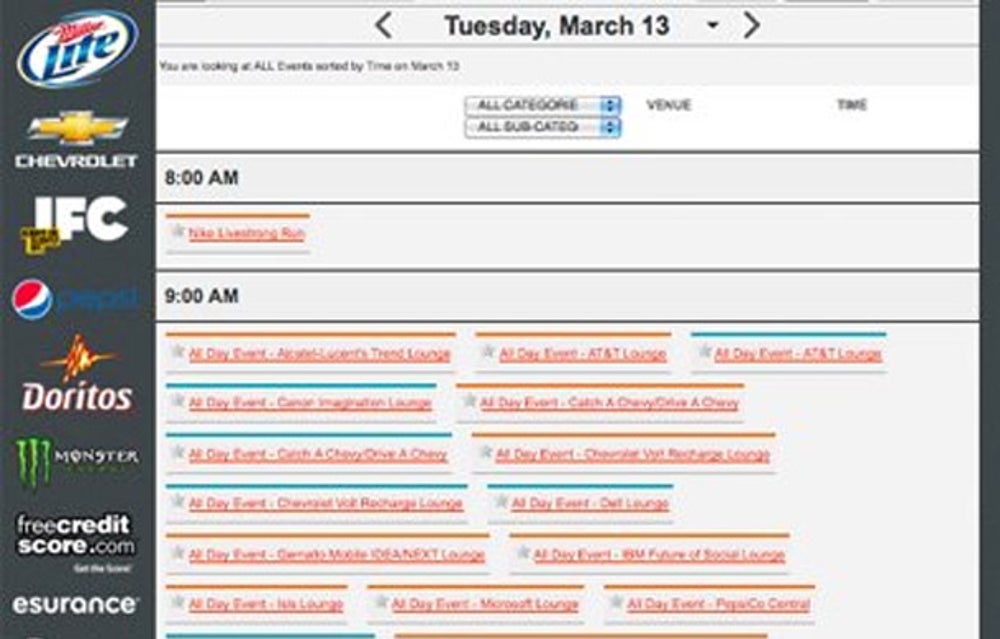 These were just some of the panels scheduled at 9 AM on Tuesday.

Many people who attend SXSW don't even buy conference badges. They extract more value from seeing tech friends and colleagues in local bars than listening to panels.

In many cases, especially with panels located outside the convention center, the talks aren't worth attending. Audience members tweeted last year that they felt smarter than panelists. Keynote speakers weren't big draws either.

Make time for networking in your schedule. SXSW is an incredible opportunity to meet notable people in tech from all over the country. 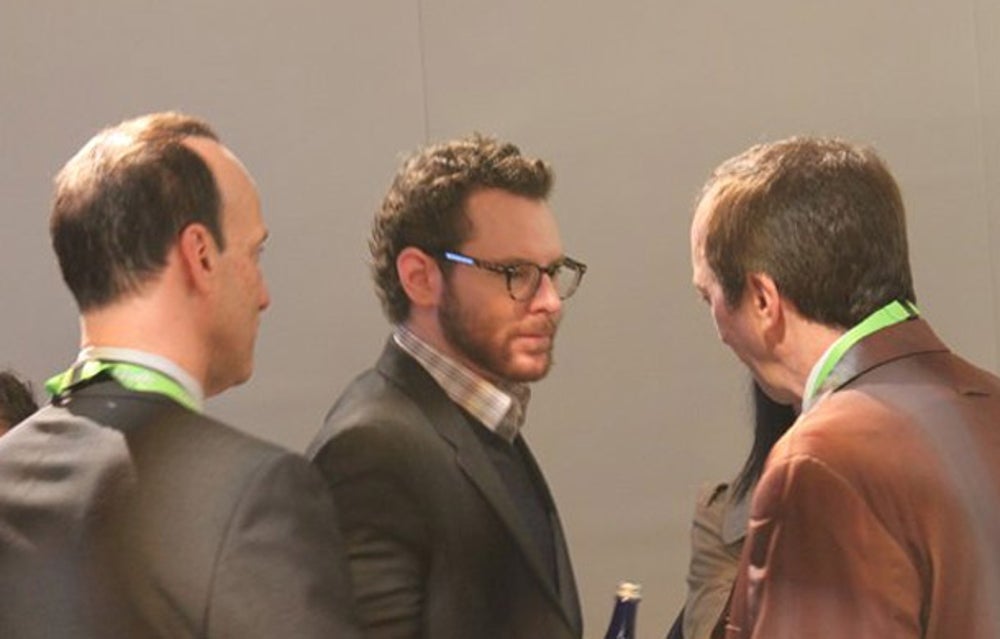 You will find yourself hanging out with many of the same people you knew before SXSW. Consider them your party crew. But once at the party, it's easy to meet other people, and many of them are worth getting to know.

I met many people in person who I've written about at Business Insider. A lot of influential tech people attend SXSW, and it's easier to interact with them there than anywhere else. Everyone is accessible in Austin.

Do not feel like you have to attend everything. 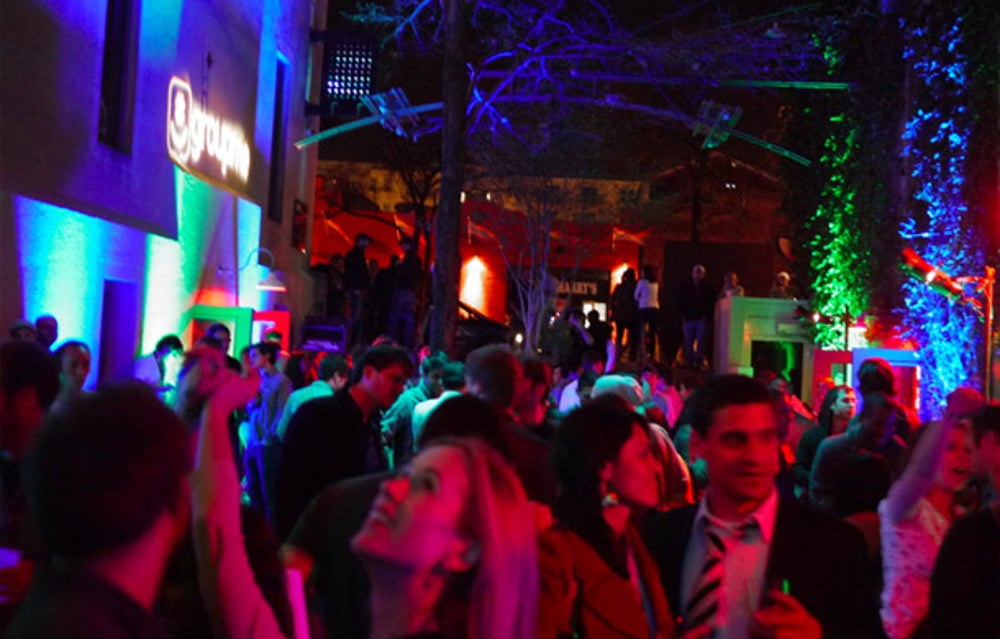 The first year I attended I tried. This is what I accomplished:

There's a lot more that I wasn't able to fit in.

Stick to one or two events that you've pre-planned with friends. It's also okay to take a night off.

Don't get too excited about open bars. 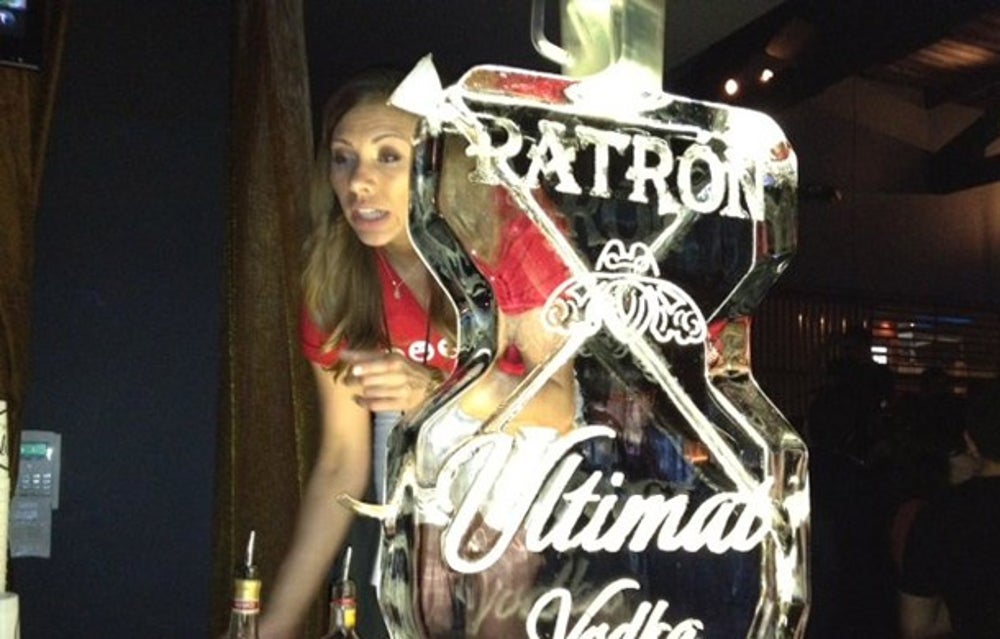 Path had an ice luge with coffee flavor tequila at its party. Free, of course.

It's important to pace yourself and stay hydrated so you have enough energy to last the week.

Don't go bananas at the open bars. It's still a work environment, and there is so much free booze you'll get tired of it by the time you leave.

There are a lot of men. 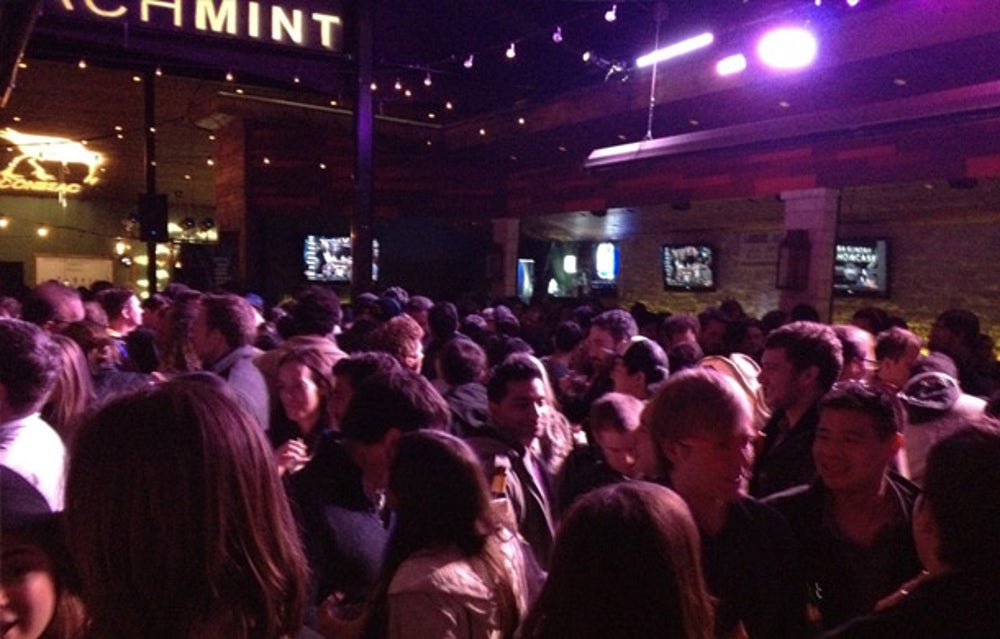 Beachmint and Betterworks hired 40 women to attend the party.

There are an absurd amount of men at SXSW.

One startup party I attended hired 40 women from UT-Austin so the ratio of men to women would be better. It didn't make a difference.

Related: Candy Crush Is Doing More Than $1 Billion In Sales

Leave at least three hours before your flight home. 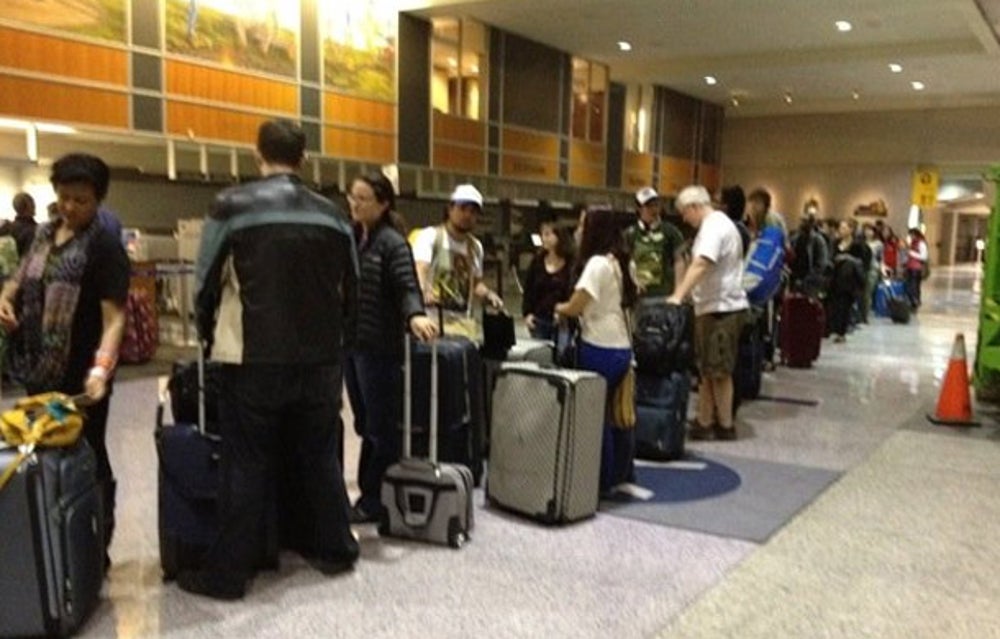 Most people leave SXSW on the same, overbooked flights. Here's a picture of the airport at 3:45 AM when I was hopping on a flight home at 7.

Since cabs are scarce, book yours early and try to beat the security line. Many people have missed their flights by leaving only the typical 1-2 hours beforehand.

Four days is the perfect length of time.

But bottom line: SXSW is a blast. Eat lots of BBQ. Austin is a fun town with a lot to do and no matter how much you plan before you go, everything will change once you're there. Go with the flow, stay hydrated, and enjoy the warm weather. Overall, it's an amazing and fun experience.