The 22 Biggest Product Fails Ever


Launching a product is hard to do.

That's part of the reason that the most heavy-hitting names in business -- from Pepsi to Netflix, Microsoft to McDonald's -- have had some of the biggest belly flops.

Here's a look at 22 of them and what we can learn from these epic fails.

Bill Gates cites the Edsel flop as his favorite case study. Even the name "Edsel" is synonymous with "marketing failure." Ford invested $400 million into the car, which it introduced in 1957. But Americans literally weren't buying it, because they wanted "smaller, more economic vehicles," according to Associated Content:

Other pundits have blamed its failure on Ford Motors execs never really defining the model's niche in the car market. The pricing and market aim of most Edsel models was somewhere between the highest-end Ford and the lowest-end Mercury.

The 1970s saw a war in home video formats between Betamax and VHS.

Sony made a mistake: It started selling the Betamax in 1975, while its rivals started releasing VHS machines. Sony kept Betamax proprietary, meaning that the market for VHS products quickly outpaced the company.

In the early 1980s, Coke was losing ground to Pepsi. So it tried to create a product that would taste more like Pepsi.

While New Coke fared OK in nationwide taste tests before launching in 1985, it turned out those were misleading.

Coke abandoned the product after a few weeks and went back to its old formula. It also gave its product a new name: Coca-Cola Classic.

In 1989, Pepsi tried to target the "breakfast cola drinker" with Pepsi A.M. It lasted only a year.

In the 1980s, just as anti-smoking campaigns were heating up, RJ Reynolds put $325 million into a new product: smokeless cigarettes.

They didn't work, and people weren't buying them -- so four months later, they were gone. 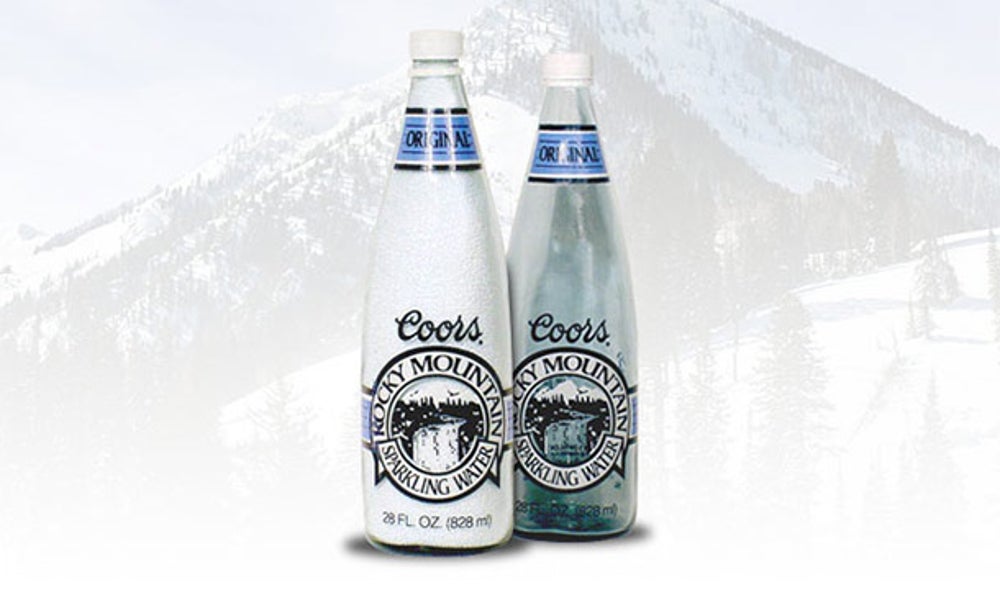 This was an interesting experiment in brand extension. Coors Rocky Mountain Spring Water launched in 1990 and didn't fare well. It turns out beer drinkers want only one thing from their favorite label: beer.

The Newton is held up as an example of Apple's bad old days -- before it was the world's most valuable company.

Forbes says the Newton PDA flopped for a number of reasons: Its price started at $700, it was 8 inches tall and 4.5 inches wide, and its handwriting recognition was so bad that a classic "Simpsons" episode made fun of it. 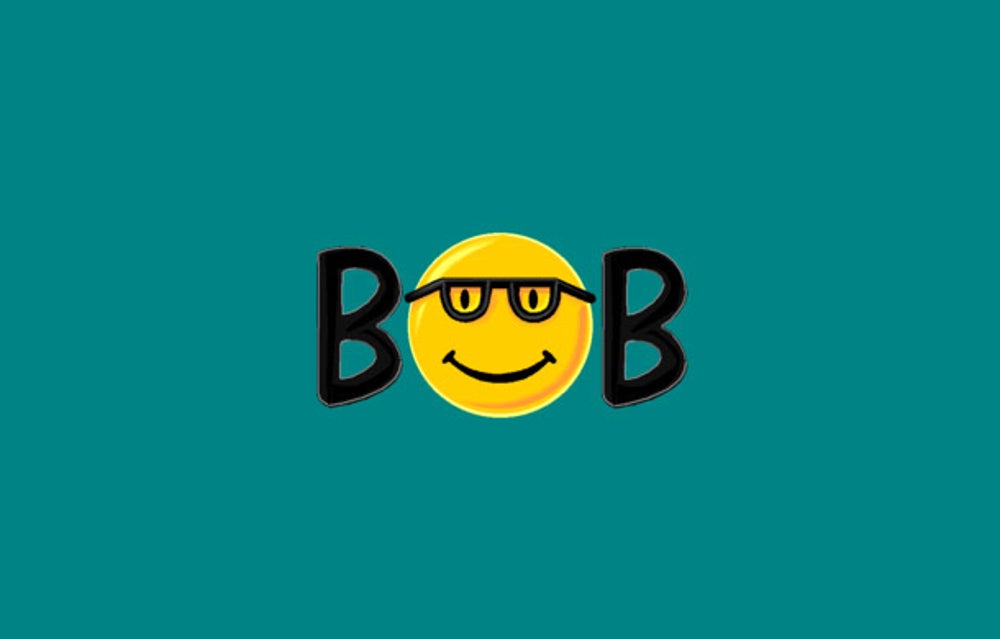 Microsoft Bob was supposed to be a user-friendly interface for Windows, a project that was at one point managed by Bill Gates' now wife, Melinda. Microsoft killed it one year after launching it in 1995. 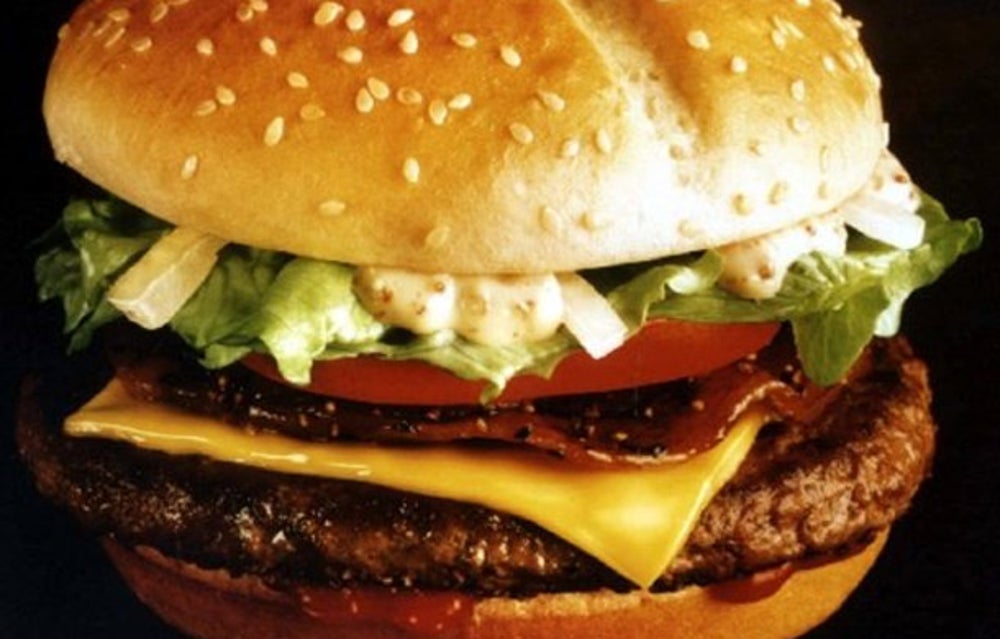 In 1996, McDonald's introduced the Arch Deluxe, which never caught on. It was intended to appeal to "urban sophisticates" -- outside of its target demographic. To reach this group McDonald's spent $100 million, which makes it one of the most expensive product flops in history.

Although the soda, which looks like a lava lamp, appealed to young kids, it was not tasty (people compared it to cough syrup). It disappeared off shelves within a year of its 1997 debut.

However, Orbitz is still sold on eBay. But it'll cost you. 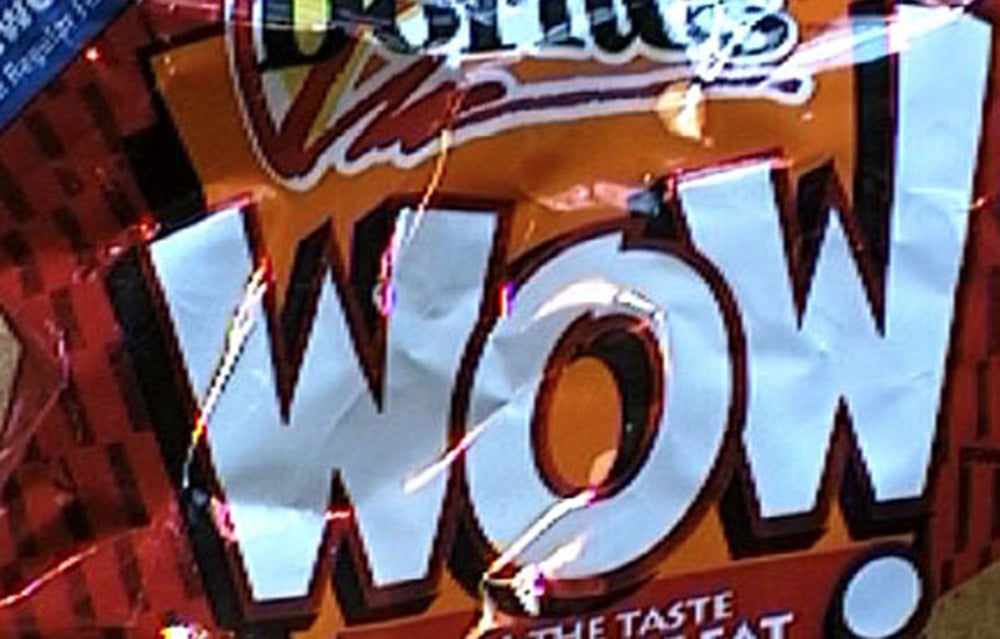 File this under "too good to be true": In the late 1990s Frito-Lay rolled out a miracle food, a line of chips with the upbeat branding of WOW! The marketing claim was tantalizing -- a compound called Olestra allowed for a fat-free potato chip.

But it was not to be.

"While it provided the satisfaction of tasting just like fat, (Olestra's) molecules were too large to be digested by the body, passing directly through the digestive tract unabsorbed," writes Fast Company. "Sadly, the result was similar to that of a laxative -- stomach cramps and diarrhea prevailed."

Cosmopolitan made an interesting decision to launch a brand of yogurt in 1999. Needless to say, the yogurt market was already saturated, and Cosmo's readers were content enough reading the magazine.

The Zune was built to take on the iPod.

Robbie Bach, the former leader of Microsoft's home entertainment and mobile business, gave his explanation as to why:

We just weren't brave enough, honestly, and we ended up chasing Apple with a product that actually wasn't a bad product, but it was still a chasing product, and there wasn't a reason for somebody to say, oh, I have to go out and get that thing.

The good news is you can still grab one on eBay, along with that bottle of Orbitz. 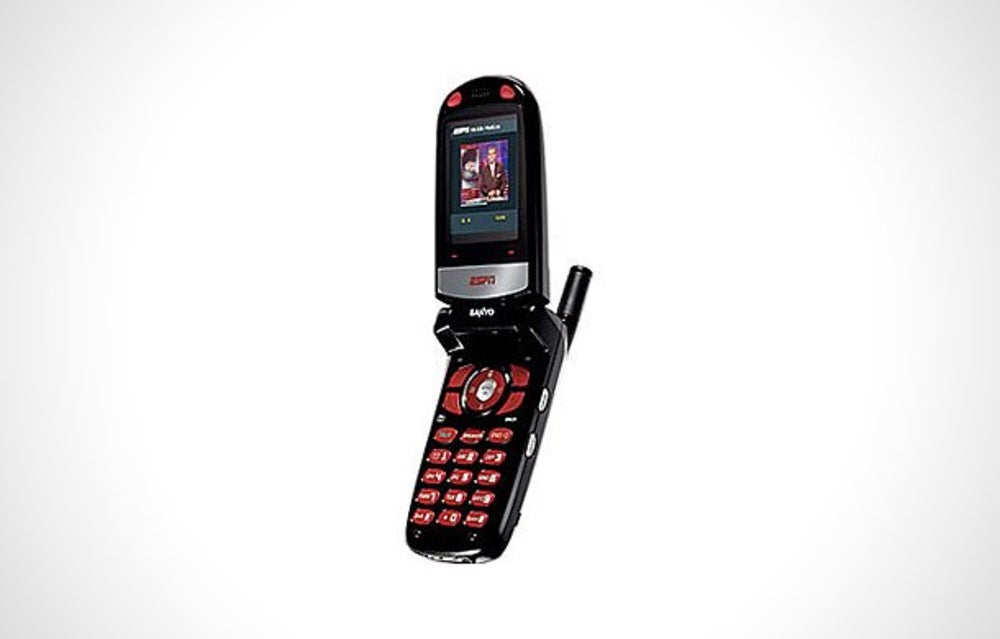 Mobile ESPN, introduced in January 2006, was one of the biggest flame-outs of "mobile virtual network operators," or MVNOs, in the past decade, which also included Amp'd Mobile, Helio, Disney Mobile, and others.

The idea was that ESPN would exclusively sell a phone that offered exclusive ESPN content and video, leasing network access from Verizon Wireless. But ESPN had only one phone at launch, a Sanyo device selling for $400.

No one bought it, and ESPN quickly shut down the service, instead providing content to Verizon's mobile Internet service.

Sponsored mostly by Toshiba, HD DVD was supposed to become the hi-def successor to the DVD when it launched in March 2006.

But the Sony-led Blu-ray faction ended up winning the format war when Warner Bros. announced it was dumping HD DVD for Blu-ray on Jan. 4, 2008.

About a month later, Toshiba said it would shut down its HD DVD efforts. 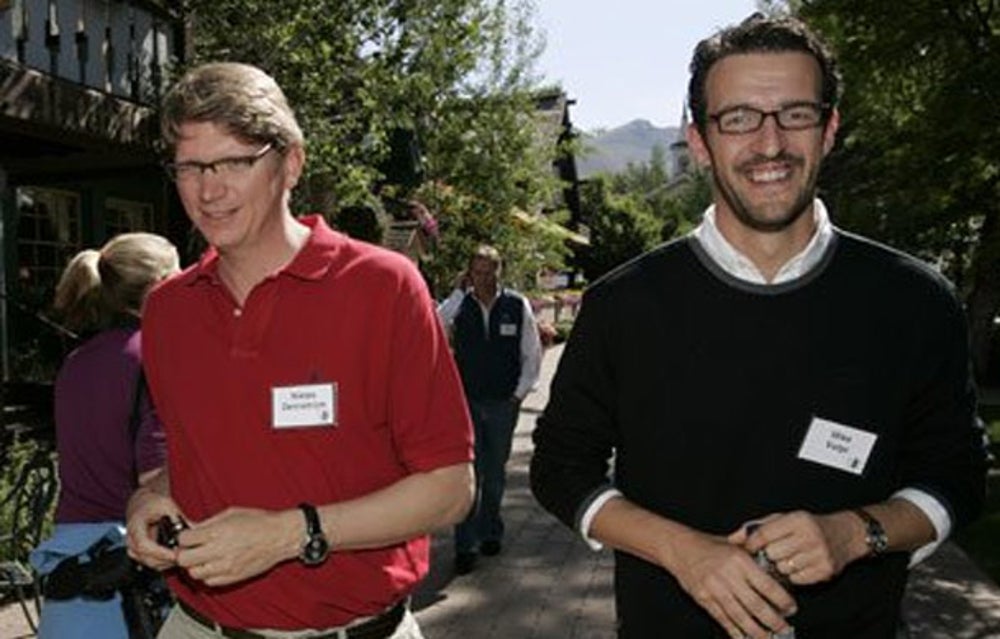 Joost, originally known as "The Venice Project," was supposed to be a peer-to-peer TV network for the future, invented by the European geniuses behind Skype. The company recruited a rising star -- Mike Volpi -- away from Cisco to become its CEO. It got a deal with CBS.

Joost was supposed to reinvent the way we consumed professional video.

Instead, Hulu, a joint venture between News Corp., NBC, and Disney, became the go-to site for TV episodes on the web.

Meanwhile, Joost had all sorts of problems with its P2P architecture, its bulky software player, its content library, etc. After launching in September 2007, it never took off, with its scraps selling in late 2009.

For some reason, Google thought it had to compete with Second Life with a virtual world called "Lively," which came out in July 2008. (Except that unlike Second Life, Lively was supposed to be sex-free.)

When the economy went down the toilet, those dreams faded fast, and Google quickly pulled the plug by November 2008.

In the era of a $499 Apple iPad, an inferior tablet computer that also costs $499 doesn't work. (You may remember this device from its previous title, the CrunchPad.) It came out in 2009 and was gone by 2010. 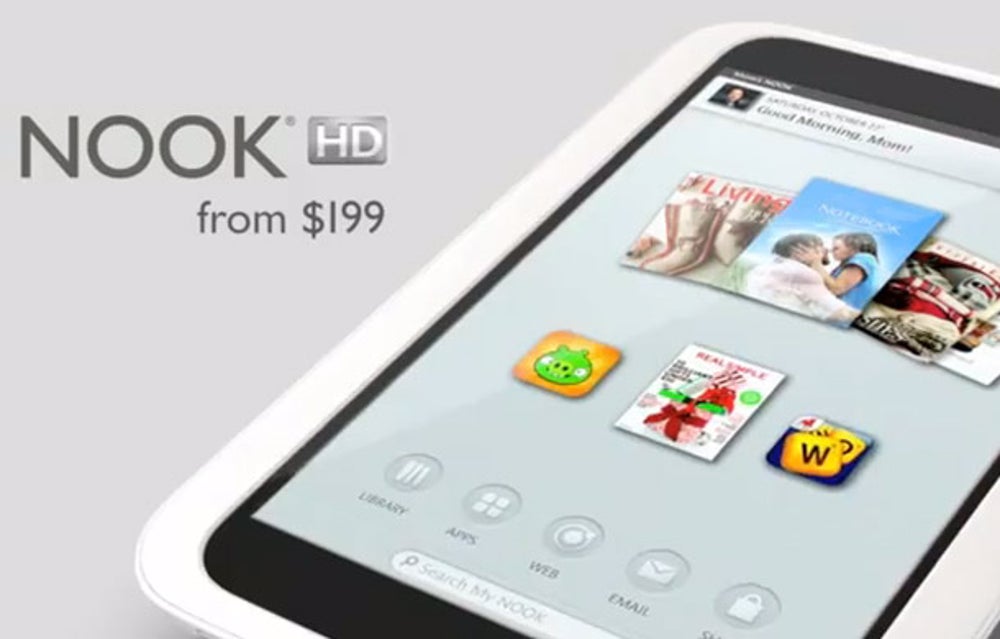 Launched in 2009, Barnes & Noble has now spun off the NOOK into its own company, orphaning the under-achieving e-reader. Sales had been plunging for a while.

Brian Sozzi, chief equities strategist at Belus Capital Advisors, explained the demise to us: "Shoppers couldn’t get beyond Barnes & Noble being a destination for something they no longer want or generally care about, books," Sozzi said. "Barnes & Noble management perpetuated that by not investing aggressively enough in marketing to alter perception."

In September 2011, Reed Hastings announced that Netflix would spin off Qwikster as a DVD rental business. This move met tons of criticism, and Hastings backtracked on his statement 23 days later.

HP gave up the TouchPad and its mobile OS, WebOS after just a month and a half on the market.

The tablet was no iPad killer, selling just 25,000 units for Best Buy over the 49 days it was on the shelves.

And, in fairness to HP, the TouchPad wasn't that bad. It was rough around the edges, but those could have been smoothed in the coming months. It just didn't really do anything better than the iPad, which means it's just like every other tablet out there. 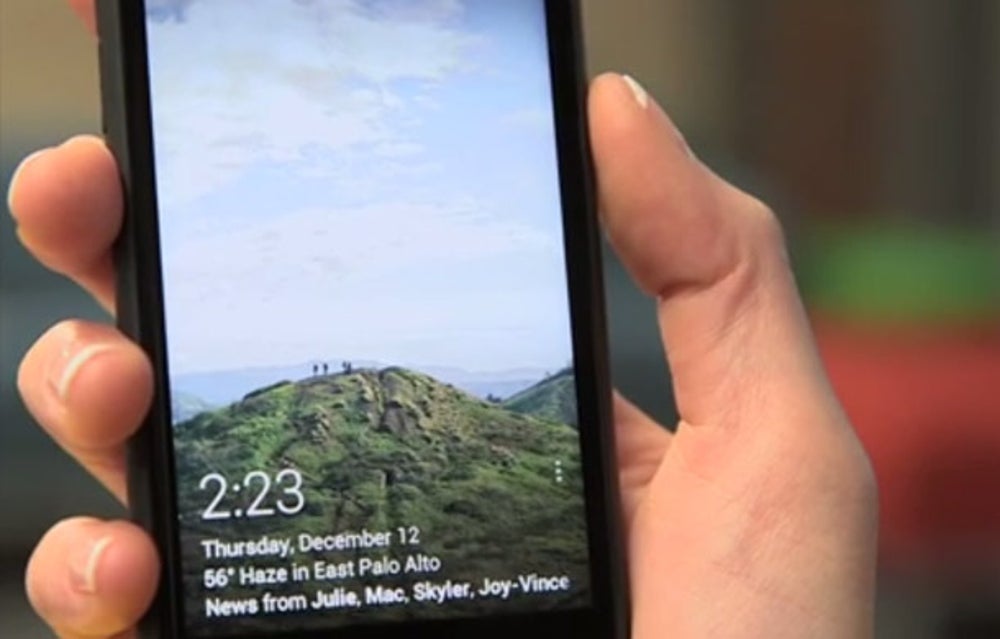 With Home, Facebook tried to become the homescreen for your phone.

It failed. From our review:

So what happens when you have no control over what appears on your phone's home screen?

It becomes a mess.

In less than a month of being released, the two-year subscription plan dropped from $99 to $0.99. The consensus between reviewers and critics: Home worked only for the most fanatical of users.

"It was fine for a Facebook addict," one reviewer noted. "But [it] seems to run through a lot of data and battery. Uninstalled."

The flop is reflected by a reorganization in the company.

Take 4 Steps Back to Move Your Small Business Forward

5 Ways to Salvage Promising Ideas That Aren't Working Out

How to Sell a Product: 5 Ways to Sell Itself