11 Things Android Phones Can Do That The iPhone Still Can't


With its iPhone 6 and iOS 8, Apple has introduced a few features that have been available on Android smartphones for quite some time.

For example, the iPhone 6 and iPhone 6 Plus will be the company's first smartphones to come with near field communication (NFC) — a technology that lets phones talk to one another via a short-range radio.

This means you can exchange data and make payments by simply tapping your iPhone against another compatible device.

Still, you can still do a lot of things with Android phones that you can't with the iPhone.

You can add a bigger battery to most Android phones. The iPhone's back isn't removable. 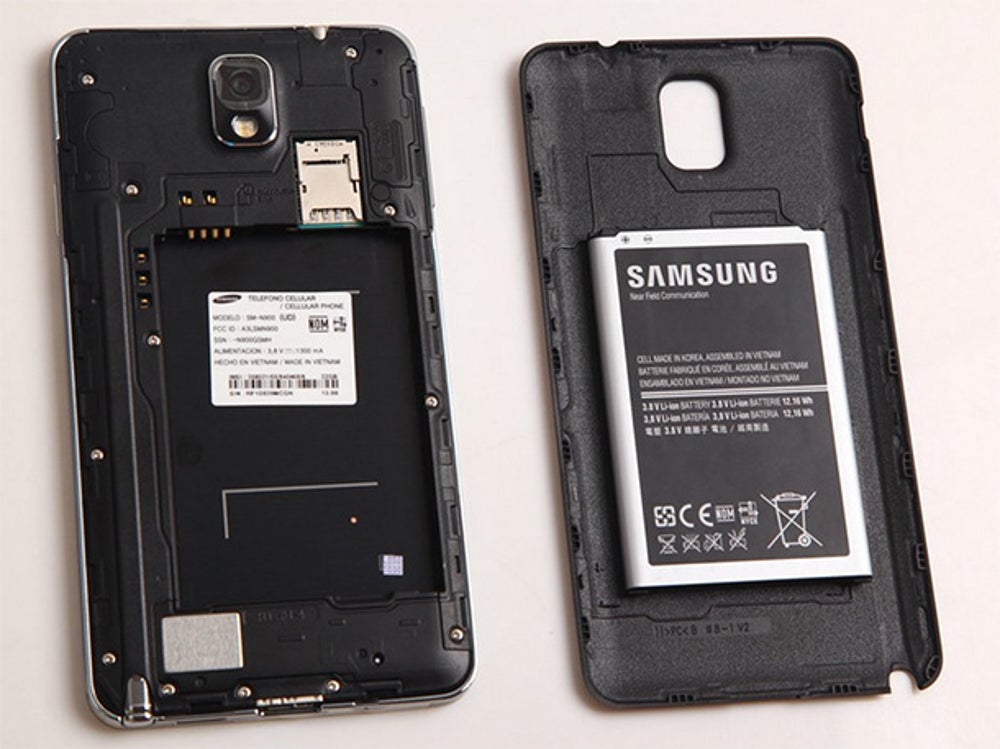 Many Android phones, like the Samsung Galaxy S5 and LG G3, come with a removeable back -- which means you can take out the battery. This is especially helpful if you find your phone dying quicker than expected. With some Android phones, you can simply pop off the back, take out the battery, and put a new one in when your phone is dead. The iPhone relies on a single rechargeable lithium-ion battery, which can be removed or replaced only by Apple technicians.

With some Android phones, you can open multiple apps at once. 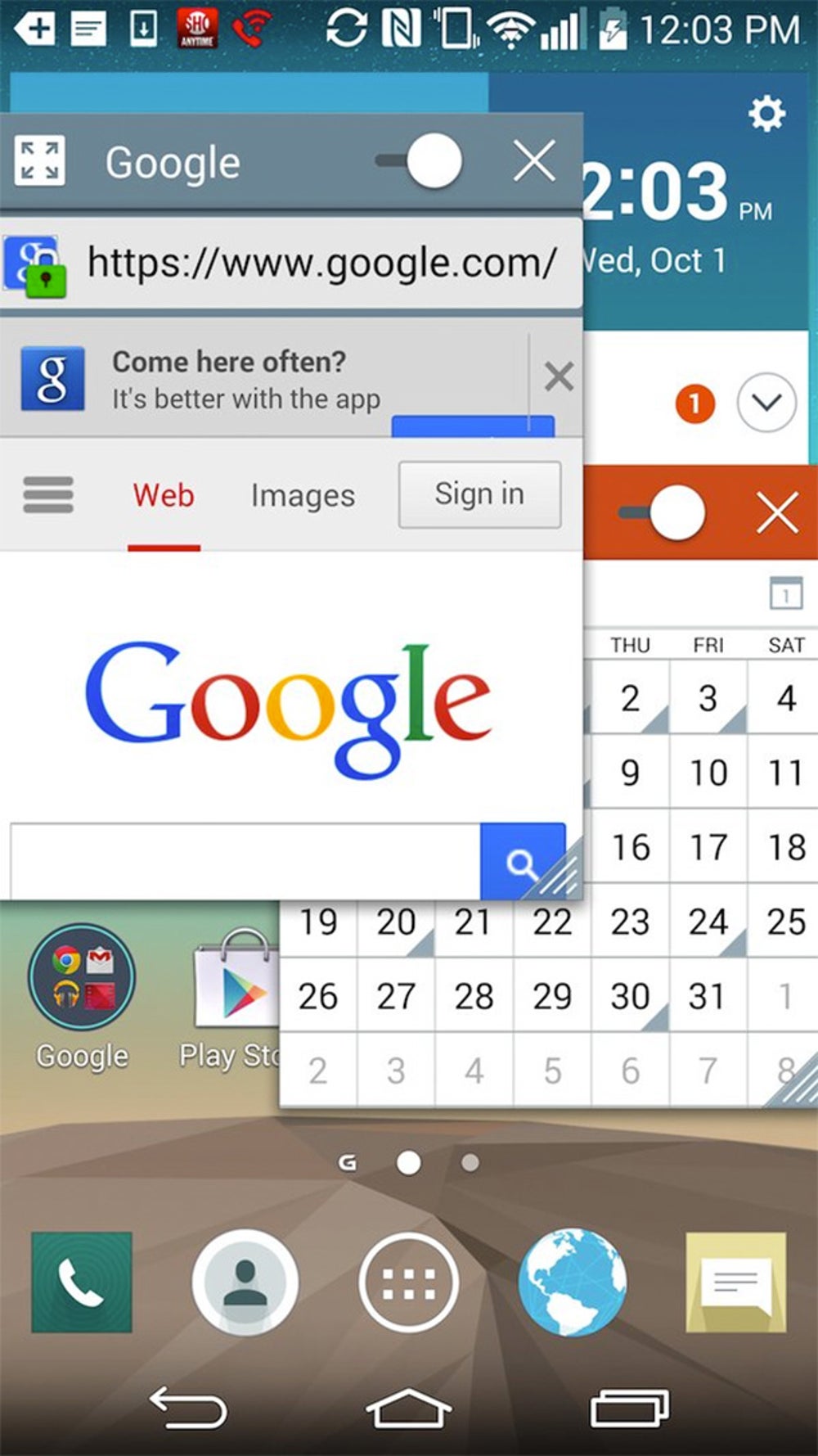 Several Android manufacturers layer their software over the plain version of Android, often adding their own features. On Samsung and LG phones, for example, you can open more than one app at a time and run them alongside one another. On LG phones, you can even move these apps around in separate windows, change the transparency of those windows, and resize them, as shown in the screenshot to the right.

You can charge your Android phone with any micro USB cable.

You can charge most Android phones with any micro USB cable -- you don't need the specific cable from that particular phone manufacturer. That's not the case with Apple; you need the company's proprietary iPhone or iPad charger, called Lightning.

Some Android phones come with a micro HDMI connection.

Some Android phones come with a micro HDMI port, which means you can plug your smartphone directly into your TV. This isn't common on most flagships, but some of Motorola's Droid phones come with this connectivity option. The only ports available on the iPhone are its headphone jack and Lightning dock connector.

On the Moto X, you can give your phone instructions without even having to touch it. 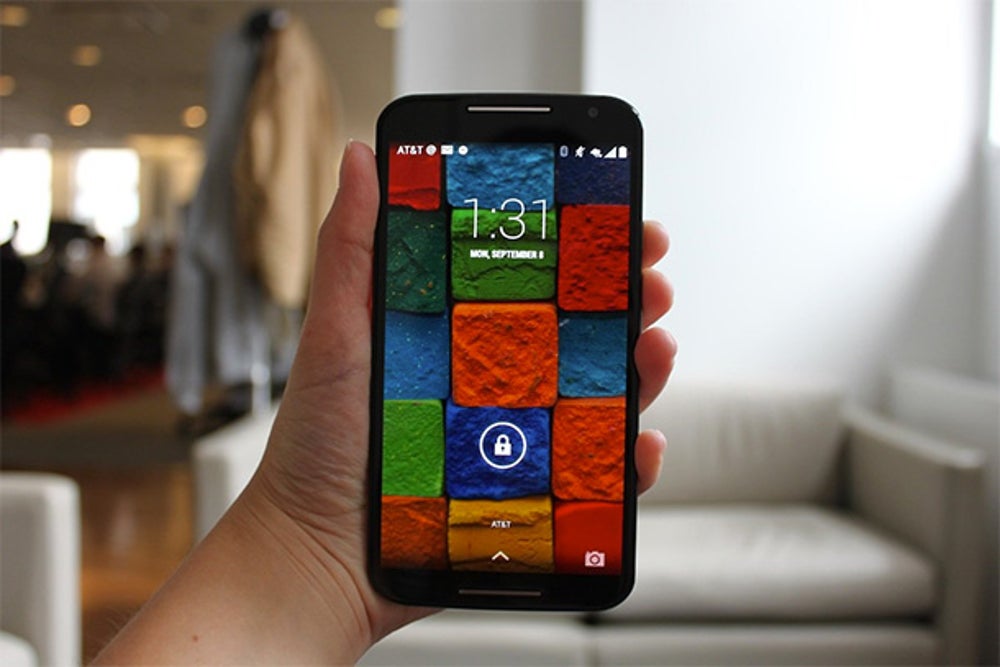 The Moto X's flagship feature is what Motorola calls its "Touchless Voice Controls." In the device's settings, you can configure it so Google listens for your voice to perform search queries, set reminders, get directions, and more. On most other phones, you would need to hold down a button or tap a microphone icon to launch voice controls. With the Moto X, you can train the phone to answer to your voice specifically when it hears a certain trigger phrase.

You can add more storage to Android phones with a micro SD card. 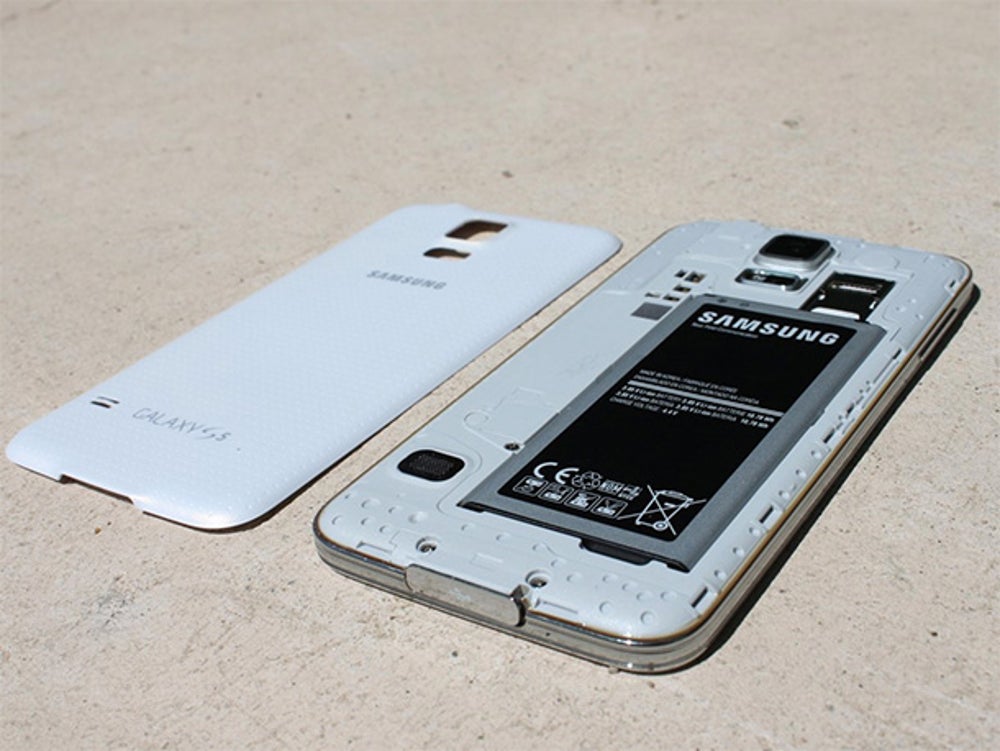 You can buy a cheaper Android phone with a low storage capacity and then add storage later if you need more space. Many Android devices come with an SD card slot or a micro SD card slot for expanded storage. With the iPhone, you're restricted to the amount of local storage on your device. You can always store files in iCloud and upgrade once that's full, but there's no expandable storage option for the iPhone's hardware.

On most Android phones, you can swipe down from the top of the screen to get shortcuts to a bunch of settings. 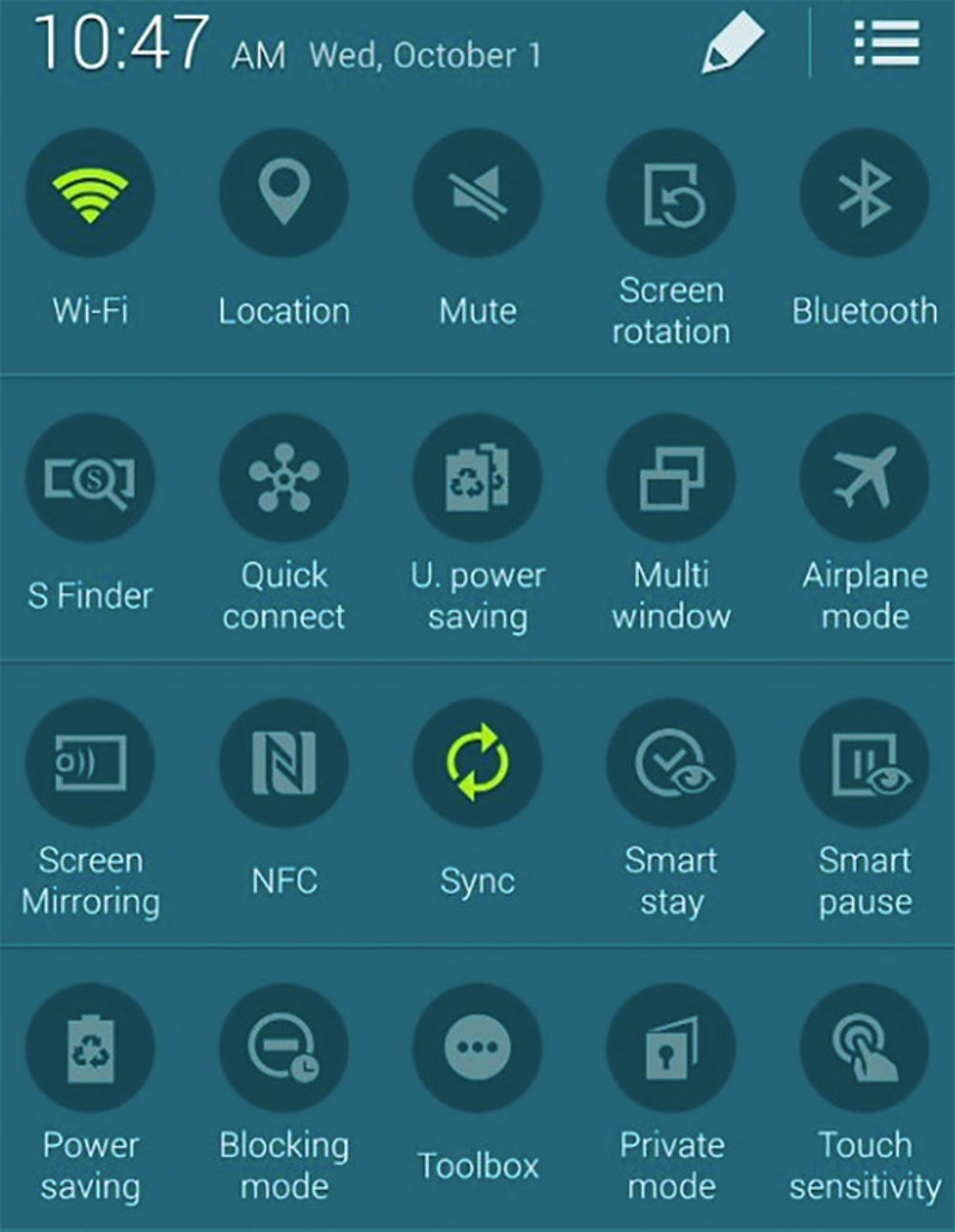 Most Android phones (again, especially those made by Samsung and LG) come with a ton of "Quick Settings" that are accessible when you swipe down from the top of the screen. The Galaxy S5, for example, comes with 20 quick settings that include a power-saving mode, Bluetooth and Wi-Fi buttons, and controls for its own features like Smart Stay and Smart Pause. The iPhone, by comparison, comes with about 10 shortcuts when you swipe up from the bottom of the screen, and you can't customize them.

With Android, there's much more room for customization than iOS. 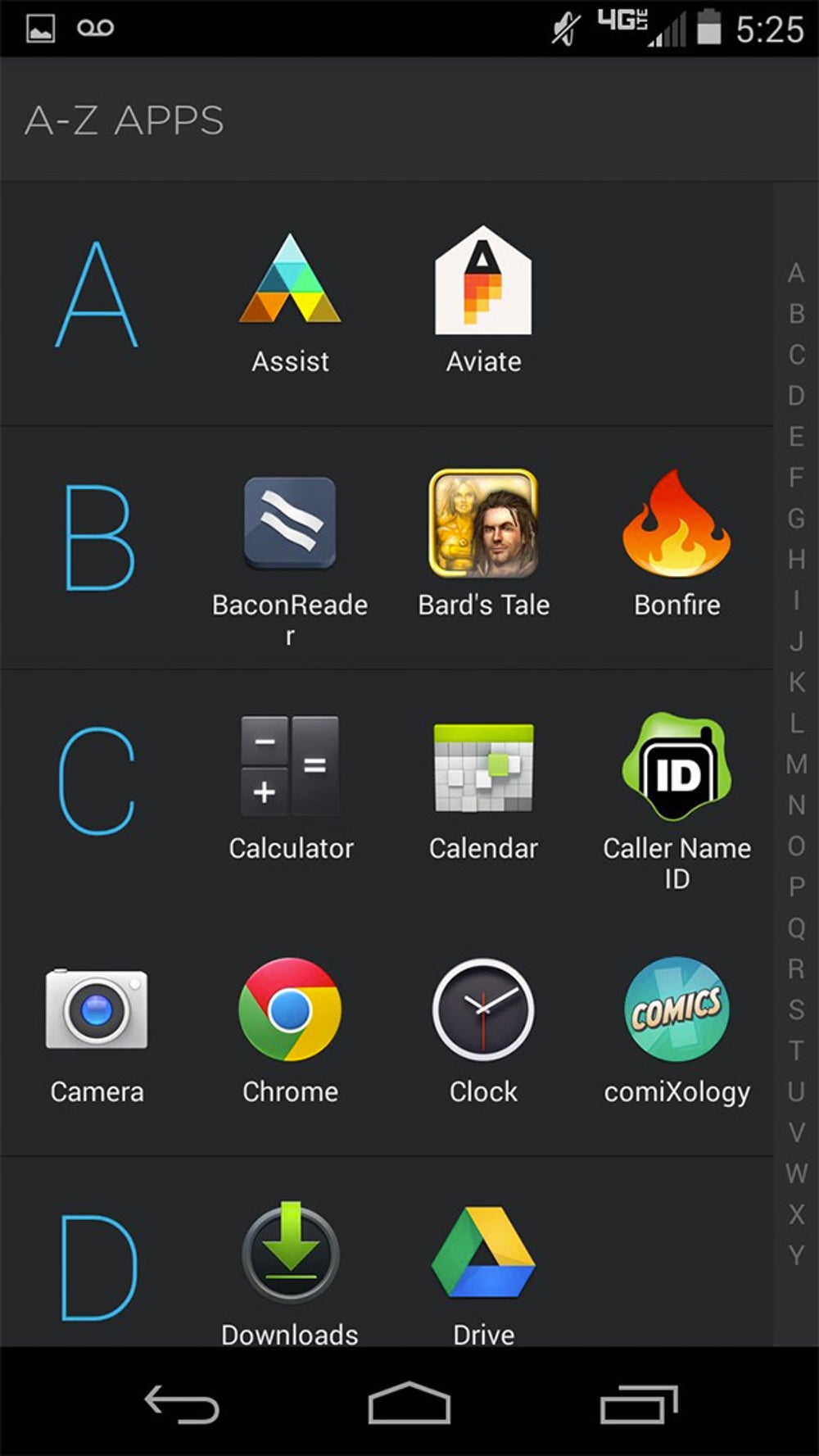 Most Android fans know that it's great for those who like to customize their phones. On Android, you can do much more than simply change your phone's wallpaper. With apps like Buzz Launcher and Aviate, you can actually change your phone's interface. The screenshot to the right shows what your app drawer looks like in Aviate. Apps are arranged alphabetically in a more list-like format rather than the standard grid layout. 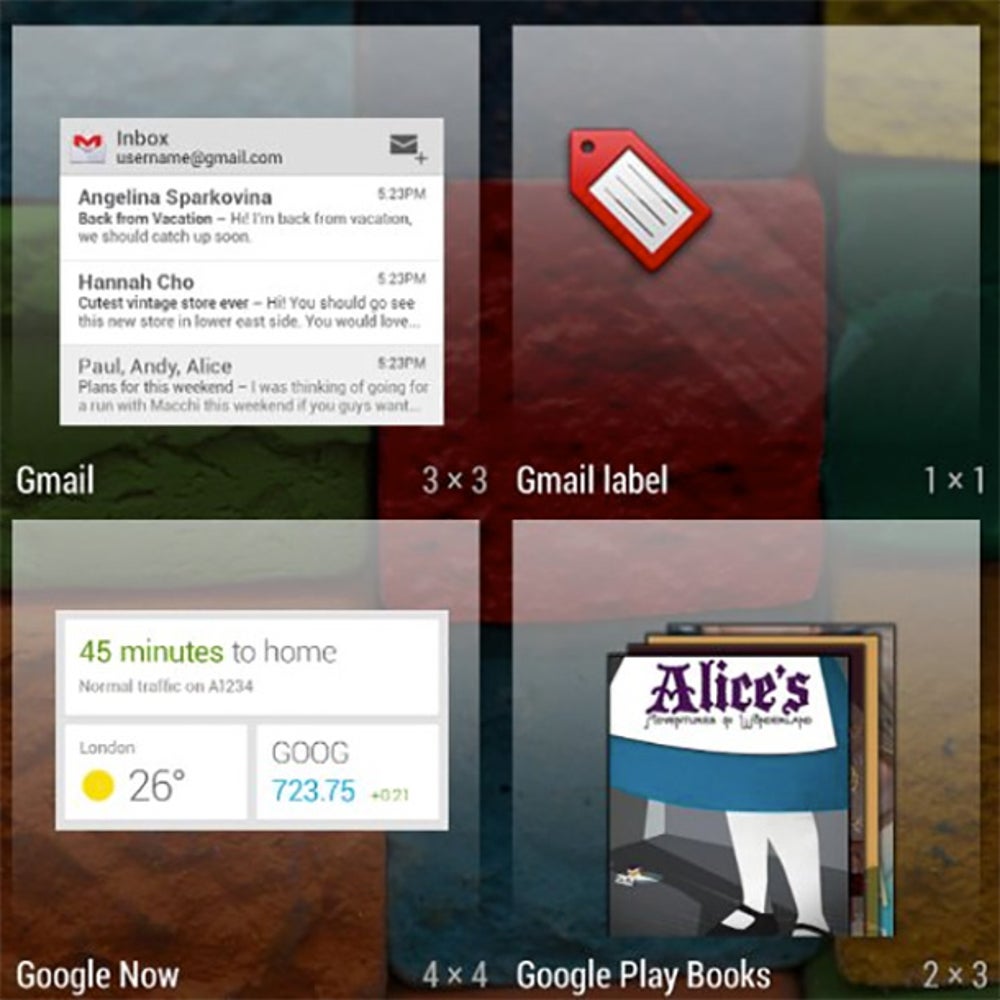 Android allows you to embed widgets directly into your home screen and move them around as you please. Think of a widget as sort of like an app that's embedded directly in your home screen, or a large icon that you can interact with. The iPhone offers similar functionality with iOS 8 (i.e. the stock and calendar widgets in the notification drawer), but you can't move these around and put them on your home screen.

You can use your Android phone as a remote control.

A lot of flagship Android phones, like the HTC One, LG G3, and Samsung Galaxy S5, come with an infrared blaster. This means you can set it up as a remote control for your television, air conditioner, speaker, and nearly every other household appliance you can imagine.

Swap out the back cover. 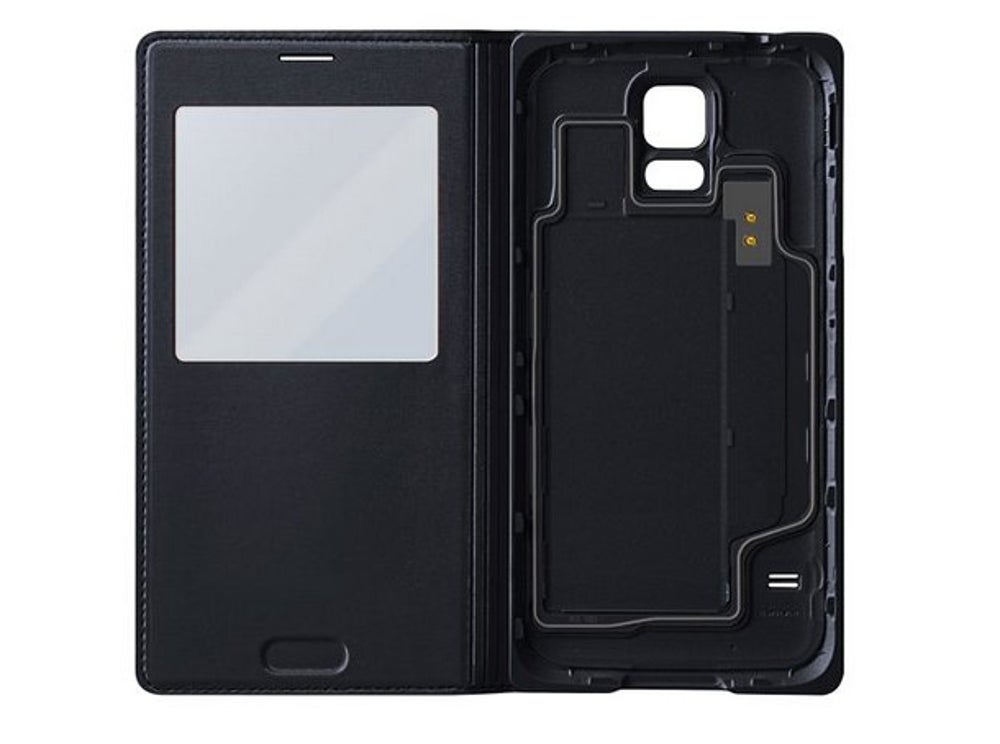 Some Android phones allow you to remove the back cover, which means you can swap them out and replace them with different colors and styles. Samsung sells its Flip Cover for the S5, for example, which clips on to the back of the phone.

How to Get the Android O Beta

Google Announces Android M, Which Is All About 'Polish and Quality'

Google Expands Push Into Workplace With Android for Work Effort