These 10 stars of Entrepreneur's 2015 Franchise 500 list are leading the pack when it comes to growth and success.
Next Article

The results of Entrepreneur's 36th annual Franchise 500 reveal that franchises of all stripes are continuing to rapidly expand, with these top 10 franchises leading the pack. Here, we highlight their strategies for success and goals for the upcoming year. 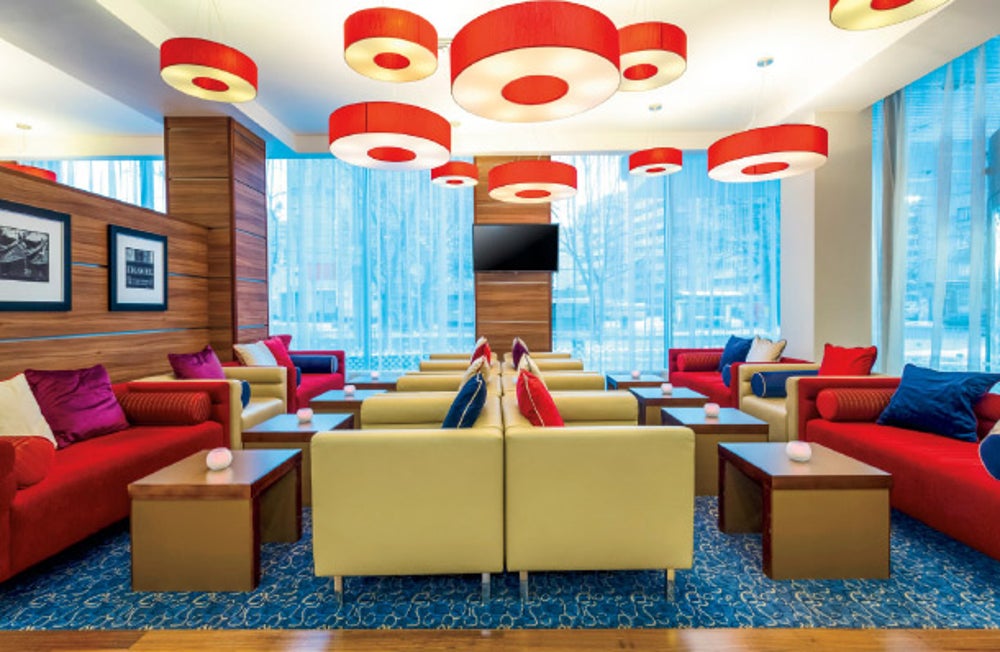 Culture may not be the first thing you consider when choosing a hotel. But at Hampton Hotels, a culture of hospitality, aka “Hamptonality,” is an invaluable commodity, and it’s the reason the company tops the Franchise 500® for the fourth time in five years. It’s a system-wide attitude toward providing friendly service and, on a more basic level, conveniences like rooms with plenty of outlets, a “clean and fresh bed” guarantee and a no-questions-asked money-back policy.

The real coup for Hampton has been learning that its culture can translate internationally. In the past year, the brand has opened properties in London, Poland and Russia, raising its unit count to almost 2,000 hotels in 16 countries. On the horizon: China, where Hampton plans to open 400 hotels in the next several years. 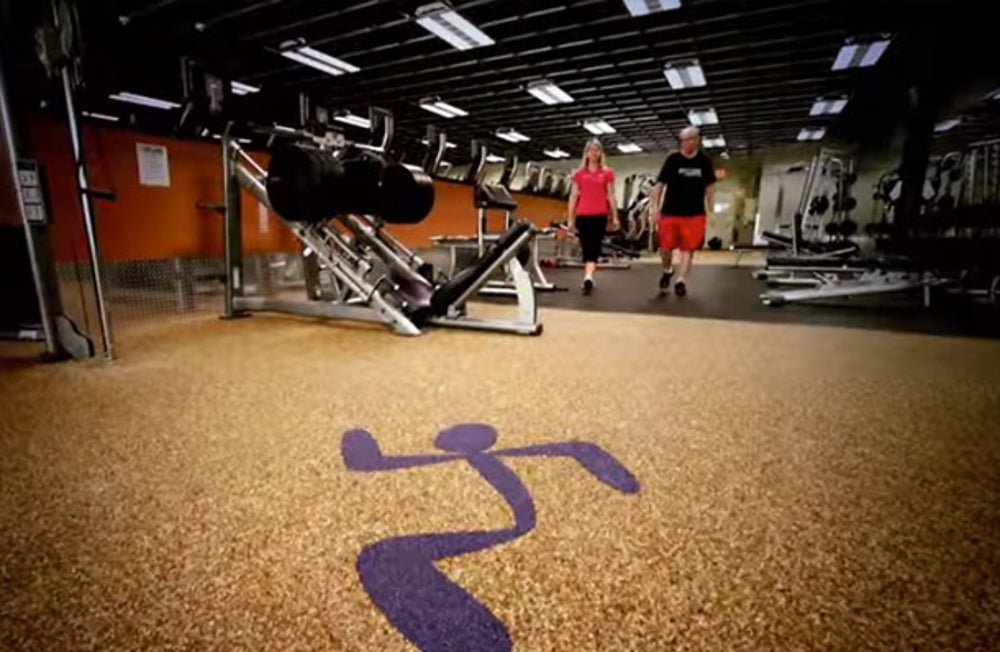 Just because Anytime Fitness slipped from first to second place in this year’s Franchise 500® doesn’t mean the 24-hour club chain has lost any of its mojo. In fact, 2014 was one of its most stellar years yet: Anytime signed up its 2 millionth member in January, before going on to open nearly 350 new gyms—the seventh year in a row it has topped the 300-unit mark.

The expansion brings the company to almost 3,000 locations in all 50 states and in 20 countries, including, for the first time, Singapore, Malaysia, Hong Kong and the
Philippines. The boom will continue this year: Anytime estimates it will open another 350 units, pushing the fitness franchise—which had record revenue in 2014 of $900 million—into the  billion-dollar club.

On its website, Subway has a ticker that lists the number of units it has open. At press time, that figure was 42,920 restaurants in 107 countries. What’s more, the company says there’s still room for another 8,000 in the U.S. (on top of the nearly 27,000 currently open). If it seems like there aren’t enough available strip malls or street corners left for that, you may be right: Subway’s growth is chiefly in international markets and nontraditional spaces. The company has more than 1,900 units in Walmart stores and put its emphasis in 2014 on moving into hospitals (about 300 across the globe so far).

But Subway is not trying to dominate the franchise world by sheer unit numbers alone; it’s also going after consumers with all-day options. New breakfast items were rolled out a few years ago, and the Flatizza, a small flatbread pizza, represents Subway’s entry into the fast-growing snack category. While the company’s $5 Footlong
has become an iconic promotion, it’s hoping its new Simple $6 Menu—featuring a choice of six 6-inch subs, plus chips and a drink—will become a fast-food staple in 2015. 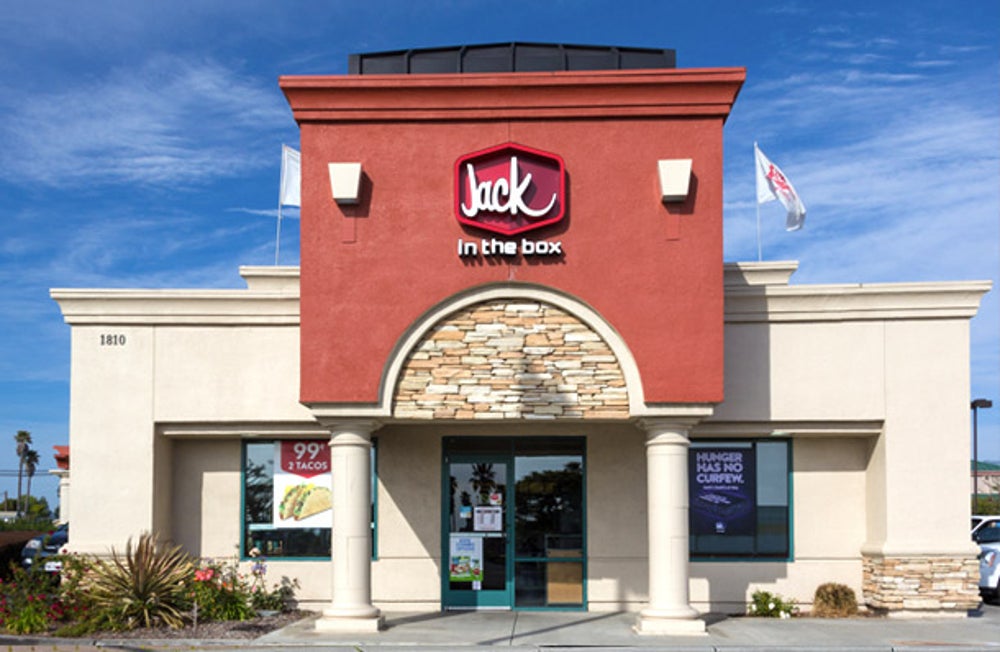 In 2005, only 25 percent of Jack in the Box outlets were franchises. Today? About 80 percent of the San Diego-based chain’s 2,250 units are owned by franchisees. That’s due to new leadership and expansion from the company’s core area in the Western U.S. to 21 states. The popularity of the 630-plus-unit Qdoba Mexican Grill subsidiary is also putting some wind in the 63-year-old company’s sails.

While other quick-service brands fight over who puts more bacon on their burgers or what kind of walnuts are on the salads, Jack in the Box has always offered something different, with a menu that ranges from tacos to egg rolls. And in 2014, it continued to innovate, launching new breakfast burritos and “croissant donuts.” 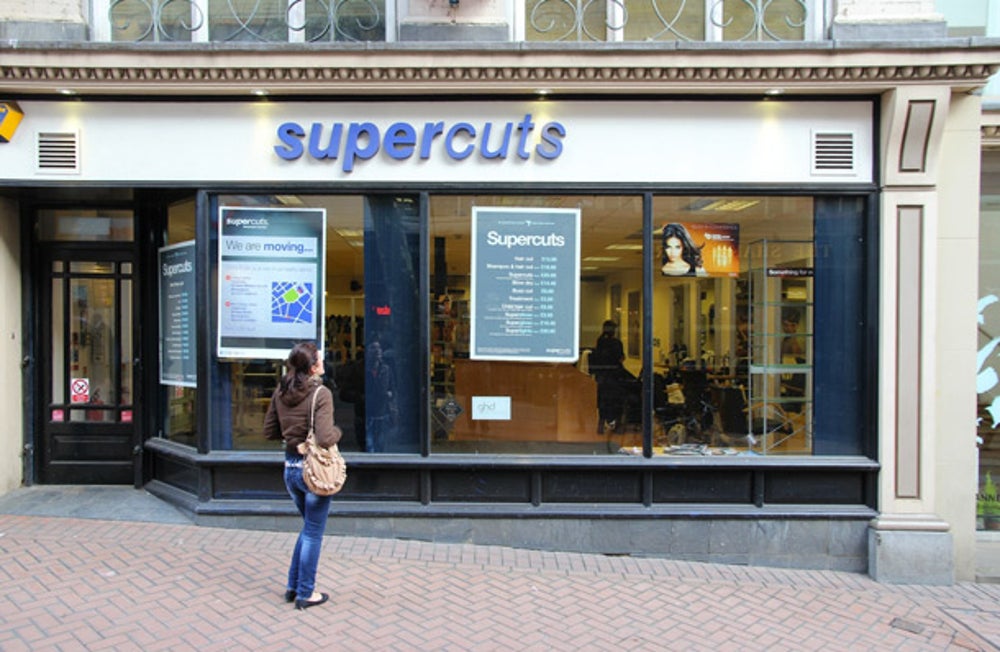 In 2012 Supercuts, one of Minneapolis-based Regis Corp.’s value-oriented hair salons, brought in a new president and CEO with a renewed focus on growing the brand. The results couldn’t have been better: In the last fiscal year Supercuts added 144 new franchisees and opened 124 stores across the U.S., bringing its total to more than 2,500.

Kurt Landwehr, vice president of franchise development, notes that most of the new franchisees don’t have salon backgrounds but are professionals in the corporate world who were attracted to Supercuts because of its strong fundamentals. And since most of these businesspeople are interested in developing multiple units, according to Landwehr, the company’s phenomenal growth is expected to continue.

“As the economy recovers, there’s money out there for good deals with franchisees who have a strong track record,” he says. “We’re a dynamic company that just needed to be branded properly.”

It’s pretty much standard operating procedure to tout one’s brand as the best thing out there. But Jimmy John’s readily admits that its sandwiches, while pretty good, are probably not the world’s greatest. What’s more, the company doesn’t run special promotions and rarely, if ever, changes its menu. What makes Jimmy John’s special, the company likes to say, is “freaky fast” service: Its 8-inch sandwiches are made to order in just seconds.

The 2,100-unit Champaign, Ill.-based company, in the top 10 of the Franchise 500® for the second year, is poised for growth. Even with its 300 new units in 2014 and 300 more slated for this year, Jimmy John’s claims it’s significantly underserving its customer base and still has room to expand—mainly in big cities like Boston and Los Angeles, which got their first locations in recent months.

But most impressive is that 80 percent of the company’s growth is coming from existing franchisees who continue to invest. “When we do our part and the franchisee does their part, and the numbers work, there is no story,” explains a spokesperson. “There are no gimmicks. This box just works.” 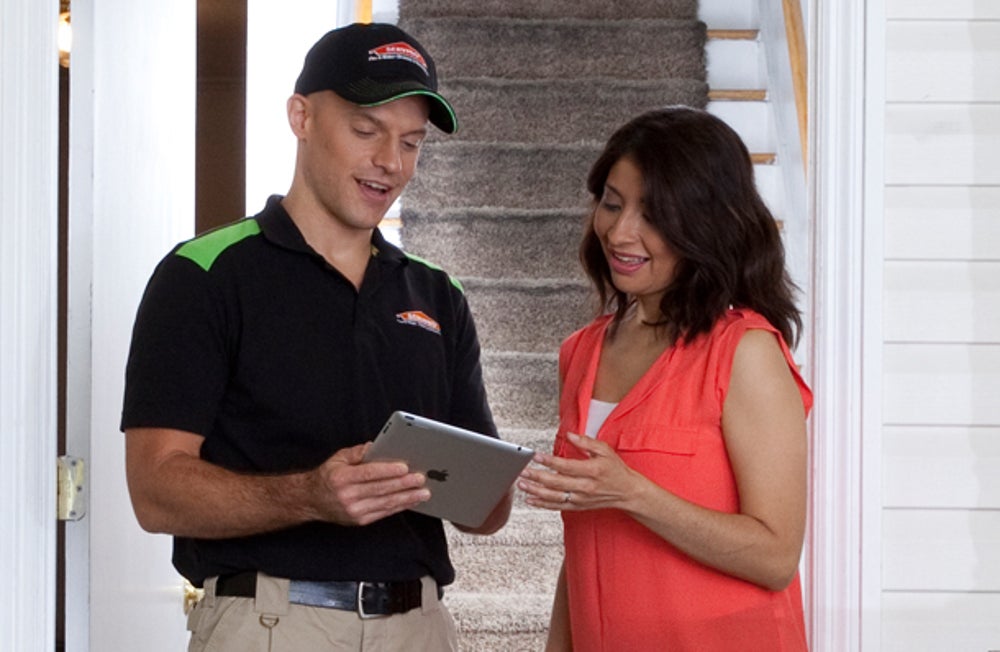 Gallatin, Tenn.-based Servpro has been cleaning up after personal and natural disasters for more than 46 years. You’d think that after all that time the nearly 1,700-unit franchise would be on autopilot. But that’s not the case.

In the past year the company released new tools to franchisees: DryBook, software that lets technicians follow industry-standard drying techniques and log their work in order to improve results and restore property faster, and the Here to Help Connection, a website that collects real-time data from DryBook to let homeowners know the projected time for their restoration. Servpro also rolled out a new drying chamber—which franchisees can use to restore damaged documents, photographs and medical files—with a vacuum freeze-drying system that vaporizes water, a technique endorsed by the Library of Congress. 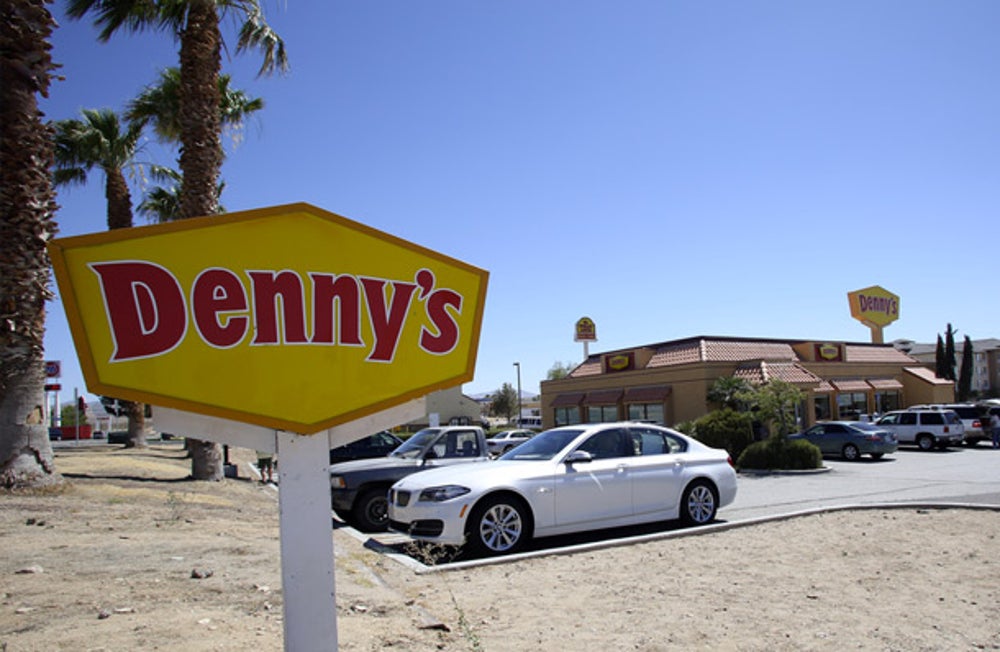 Denny’s has worked hard to inject fun into its brand. In addition to its “Hobbit”
menu (introduced in 2012), it has created an animated web series featuring the adventures of Egg, Pancake, Bacon and Sausage, aka “The Grand Slams.” At a new upscale location in New York’s Financial District, the first in Manhattan, it offered the $300 Grand Cru Slam: Grand Slam breakfast for two served with a bottle of Dom Pérignon. And Denny’s has partnered with Atari on a “remixed” menu, launching breakfast versions of classic video games, including “Hashteroids,” “Centipup” and “Take-Out.”

But even amid its lighthearted promotions, Denny’s is serious about business. In the past year, it added roughly 40 units, increasing its count to about 1,710. It also began renovating its highest-volume company-owned restaurant, in Las Vegas, and announced a deal that will bring 30 Denny’s to nine Middle Eastern countries over the next decade. 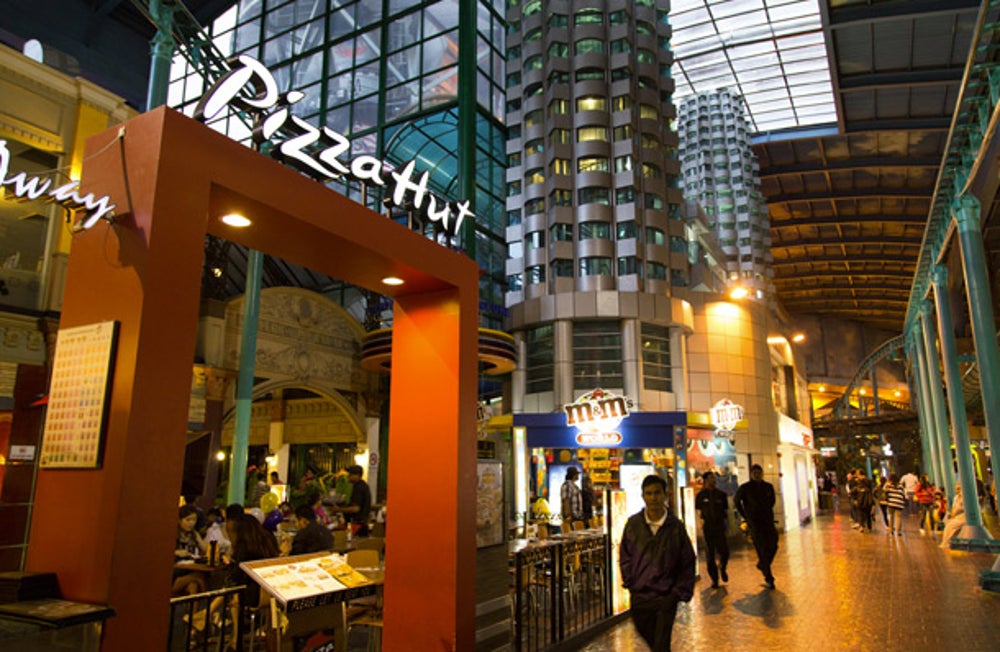 Amid all the fast-casual pizza chains that have entered the franchise world in the past few years, Pizza Hut, owned by Yum Brands, is still the largest player by far, commanding more than 15 percent of the U.S. pizza market. It also claims that its WingStreet sub-brand is the largest Buffalo-wings delivery company in the U.S.

In November the company launched a redesign, with a new logo and uniforms and an entirely new menu, one meant to show up the build-your-own pizza concepts. Updates include ingredients like banana peppers, spinach and meatballs; 10 new crusts, including toasted Asiago; six new sauces; and four drizzles for the top, including honey sriracha. Pizza Hut also launched a line of Skinny Slices, each under 250 calories. 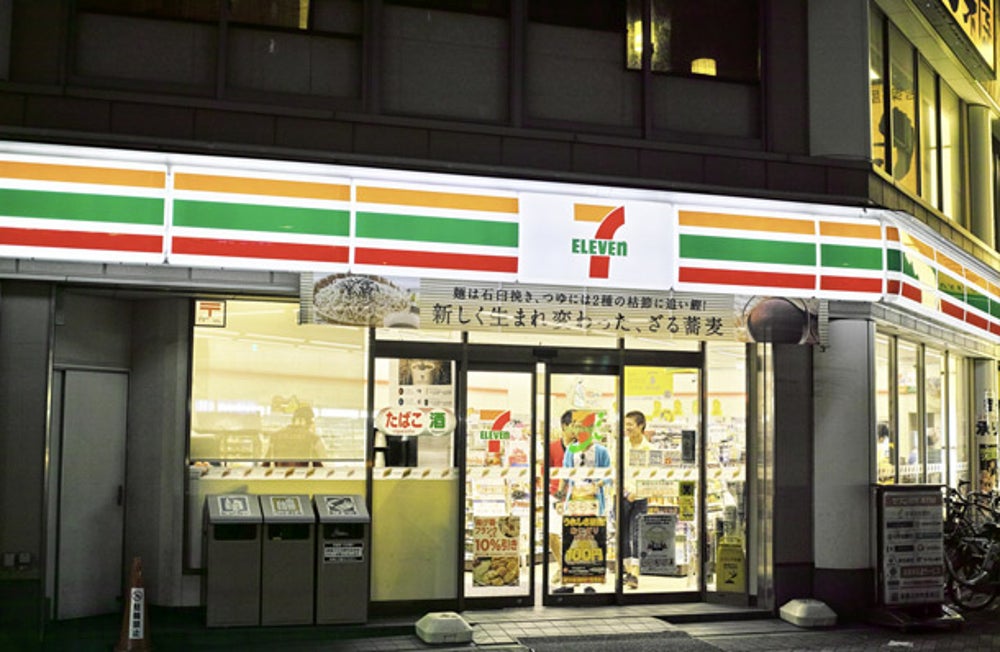 It’s amazing that with more than 54,500 stores operating worldwide, there’s still room for new 7-Elevens. In 2014, 330 units opened their doors in the U.S. and Canada, and a similar number will open this year.

Clearly 7-Eleven’s strategy to go beyond the typical convenience store (which it has fostered for the last half-decade) is paying off. Its huge range of inexpensive yet high-quality private-label products—from beer and wine to nuts and batteries—has been a hit with consumers. But what’s really driving growth is a focus on feeding the public, not just with Slurpees and chips but with an ever-growing selection of hot foods, including more healthful options. Some locations are offering wraps, salads and juices developed by P90X fitness guru Tony Horton, as well as items like egg-white sandwiches.